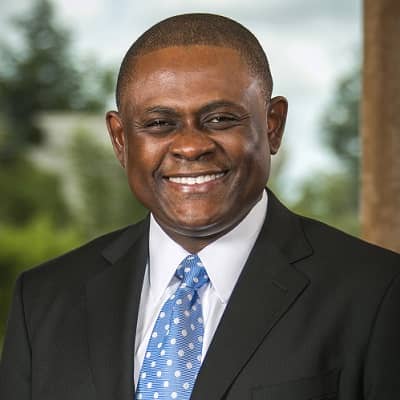 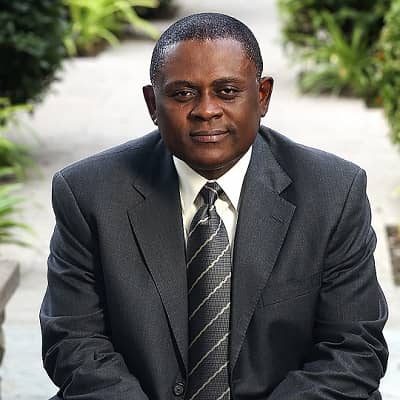 Bennet was born on September 30, 1968, in Nnokwa, Idemili South, Anambra during the time of the Nigerian civil war. His birth name was Bennet Onyemalukwube. His father was a civil mining engineer and community leader while his mother was a seamstress. He was the sixth of the seven children in the family. The family is of Igbo ancestry, the predominants of Enugu-Ukwu village in southeastern Nigeria. He is 52 years old. 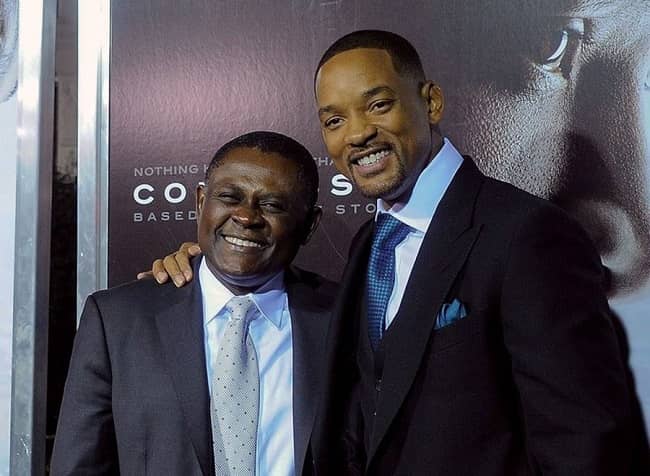 Caption: Bennet Omalu and actor Will Smith, who portrayed Omalu in the 2015 film Concussion
Source: Stripes

Looking into Omalu’s educational qualification, he was an academically bring student since childhood. At the age of 3, he began his primary education. Later, he got into the Federal Government College Enugu for secondary school. By the age of 16, Omalu had started his Bachelors’s level education at the University of Nigeria, Nsukka. He graduated with a Bachelor of Medicine and Surgery (MBBS) in June 1990. Subsequently, he completed his internship and served as a physician in the highland city of Jos for three years.

In 1994, while looking for opportunities for further education, Omalu was accepted to a visiting scholar program at the University of Washington. Later he moved to Newyork to join a residency training program at the Harlem Hospital Center. Here he trained in anatomic and clinical pathology

Omalu holds several advanced degrees and certificates. He completed fellowships in pathology through the University of Pittsburgh in 2000. two years later in 2002, he earned a fellowship in neuropathology from the same university. Similarly, in 2004 he earned a master of public health (MPH) in epidemiology in 2004 from the University of Pittsburgh Graduate School of Public Health. The list does not end here. He then joined Carnegie Mellon University and graduated with a master of business administration n 2008.

As a physician, Bennet Omalu took forward his education and career hand in hand. While expanding his educational degrees he also served as a doctor. In 1999, he worked under noted pathologist Cyril Wecht at the Allegheny County Coroner’s Office. It was when he developed a keen interest in Neurology. Later in 2007, he served as a chief medical examiner of San Joaquin County, California. However, he resigned in 2017.. As he left, he accused the county’s sheriff of repeatedly interfering with death investigations.

In September 2002 while working at the coroner’s office, Omalu examined the body of  Mike Webster. Mike was a former pro football player who died unexpectedly at the age of 50. The Pittsburgh Steelers player for several years struggled with depression and cognitive and intellectual impairment.

After careful examination, Omalu discovered large accumulations of tau protein in Webster’s brain. The accumulation of impaired cognitive function. He suspected Webster was suffered from dementia pugilistica, a condition previously found in boxers.

A few years later in 2005, Omalu with his colleagues in the department of pathology at the University of Pittsburgh, published a paper entitled “Chronic Traumatic Encephalopathy in a National Football League Player” in the medical journal ‘Neurosurgery.’

In response to his findings published in the journal, NFL’s Mild Traumatic Brain Injury (MTBI) Committee demanded a retraction. They even discredited Omalu’s research as “flawed”. However, Omalu did not give up on his work. He further examined Terry Long, who had committed suicide at age 45. He discovered the same buildup of tau proteins in the brain of this former football player.

Subsequently, he gained support from Dr. Julian Bailes, chairman of neurosurgery at the West Virginia University School of Medicine. A former team physician for the Steelers also agreed to his research.  With Bailes and lawyer Bob Fitzsimmons, Omalu established a Sports Legacy Institute to continue studies of CTE.

After years of study and struggle, finally, in March of 2016, he got some recognition.  NFL’s senior vice president for health and safety policy, Jeff Miller, testified that there was a link between football and CTE. In the same year, Omalu was awarded the Distinguished Service Award, for his work on CTE by the American Medical Association

During the NFL controversy, journalist Jeanne Marie Laskas covered Omalu’s study and NFL opposition. She initially published an article in GQ magazine which was later expanded into a book Concussion. The story eventually reached the hands of Hollywood. In 2015, director Ridley Scott decided to adapt the story in a film of the same name ‘Concussion’ in which star Will Smith portrayed Omalu.

Besides all the above-mentioned endeavors, Omalu is also the author of 3 major books. His first book “Play Hard, Die Young: Football Dementia, Depression, and Death” was published in 2008. Similarly, “A Historical Foundation of CTE in Football Players: Before the NFL, There was CTE” was published in 2014, and “Truth Doesn’t Have a Side: My Alarming Discovery about the Danger of Contact Sports”,  published in August 2017.

Despite having to face a deep controversy with NFL, Omalu has stood out as one of the best neurologists with his discovery. Today he stands at a net worth of approximately $5 million. However, his annual salary is still under review.

Bennet Omalu is married to Prema Mutiso who is originally from Kenya. They have not revealed their marriage date. Currently, the couple lives in Elk Grove, California, with their two children Ashly and Mark. 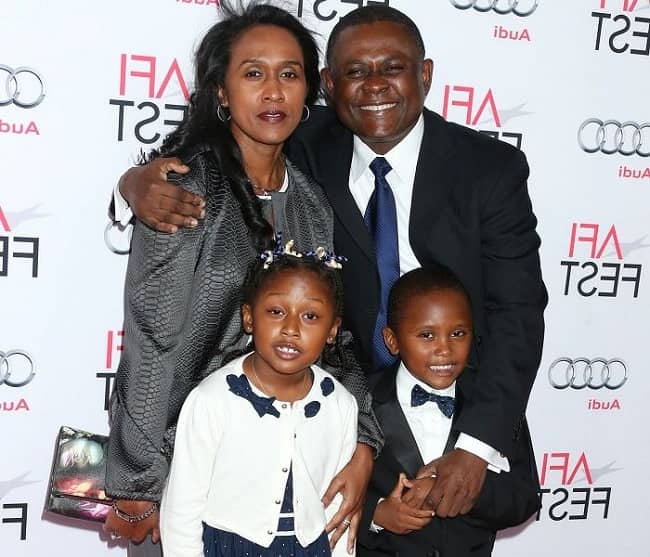 Nigerian native, Bennet Omalu has a dark complexion. He is a slightly oval-shaped body shape and relatively short height. However, his exact height and weight are unknown. Moreover, he has black hair that he always keeps short. He has a bright charming smile. 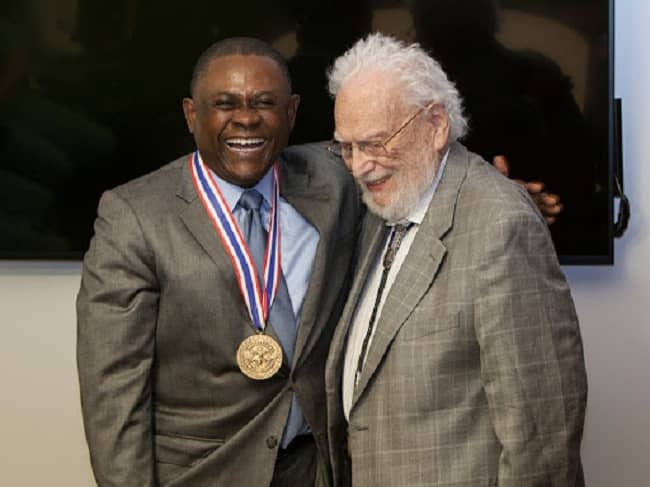 Doctor Omalu is quite popular on social media as well. He is active on Twitter and Instagram. However, he is not seen on Facebook. Omalu goes by the name @omalubennet on Instagram where he has over 12k followers. Similarly, 25k people follow him on Twitter. He mostly shares photos of the beautiful moments he spends with his family on these sites.