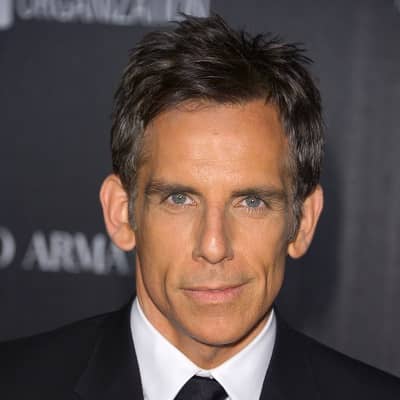 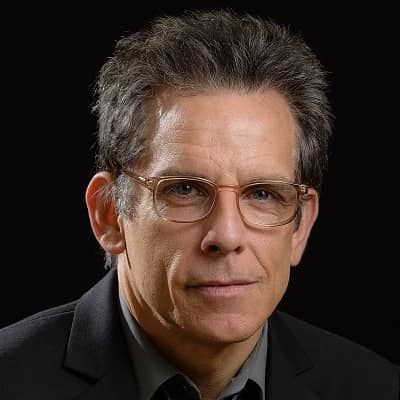 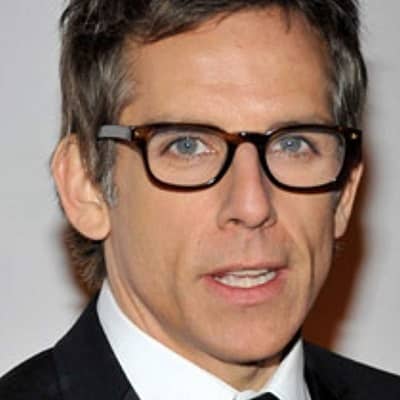 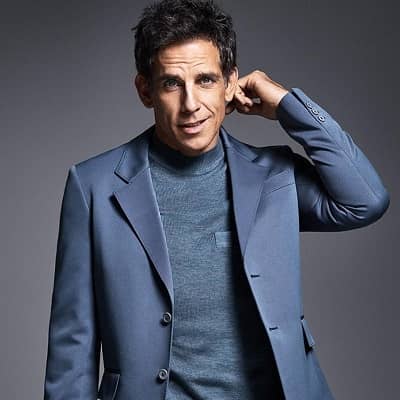 Ben Stiller was born on November 30, 1965, and he currently 55 years old. Ben hails from New York City, U.S., and he grew up on the Upper West Side. Likewise, his zodiac sign is Sagittarius and his full name is Benjamin Edward Meara Stiller.

Talking about his family, Ben’s parents are father Jerry Stiller and his mother is Anne Meara. Both his parents were comedians and actors. Ben’s father was from a Jewish family. From his father’s side, Ben has an ancestry of Poland and Galicia in Central Europe.

Similarly, from his mother’s side, Ben has an ancestry of an Irish. Anne was a Catholic who converted to Reform Judaism after her marriage. Although his family was never very religious, Ben’s family celebrated both Hanukkah and Christmas.

Further, Ben has an older sister named Amy. Their parents often took them on the sets of their appearances. One of those that Ben attended was The Mike Douglas Show at the young age of 6 years. 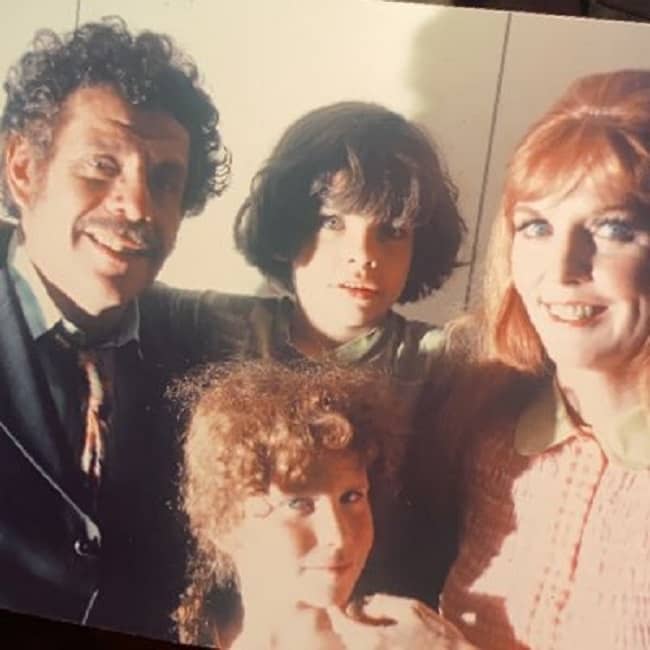 Caption: Ben Stiller in a childhood photograph with his parents and sister. Source: Twitter

At the age of 9 years, Ben made his acting debut. He appeared as a guest on his mother’s short-lived TV series, Kate McShane. Then in the late 1970s, Ben performed with the New York City troupe NYC’s First All Children’s Theater. At the time, the young actor played several roles. This includes the title role in Clever Jack and the Magic Beanstalk.

Ben was inspired by the TV show Second City Television when he was in high school. This inspired his interest in sketch comedy. In high school, Ben was also the drummer of the post-punk band “Capital Punishment”. This band released the studio album Roadkill in the year 1982.

Moreover, the band’s bassist is Peter Swann. Peter went on to become an Arizona Court of Appeals Judge as of 2018. They reunited in the year 2018 and released a new EP called This Is Capital Punishment.

Talking about his educational journey, Ben attended The Cathedral School of St. John the Divine. Later on, Ben graduated from the Calhoun School in the year 1983. Ben also started performing on the cabaret circuit as the opening act. He did so to Jadin Wong.

Later on, Ben attended the University of California, Los Angeles (UCLA). There, Ben majored as a film student. However, Ben left the university after only nine months and moved back to New York City. The young talent made his way through acting classes, auditioning, and trying to find an agent. 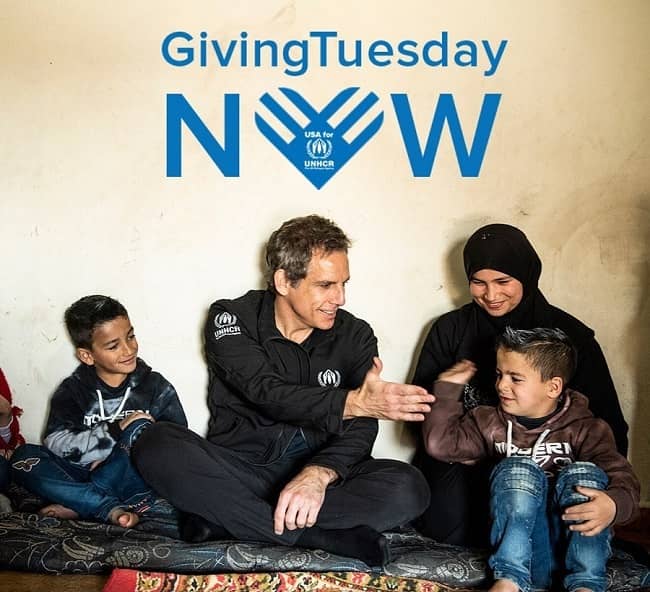 Professionally, Ben Stiller is a famous comedian, actor, screenwriter, film director, and producer. He is also famous as the celebrity kid of late Jerry Stiller and Anne Meara. They were comedians and actors too. His sister, Amy, also often appeared in many of Ben’s productions. Some of them are Reality Bites, DodgeBall: A True Underdog Story, and Zoolander.

From an early age, Ben showed his interest in filmmaking. He also made Super 8 movies with his sister and friends. Additionally, Ben began his career in the field of acting with a play. He also wrote several mockumentaries. Soon enough, the actor had his own show, The Ben Stiller Show. Ben produced and hosted this show for the 13-episode run.

The actor then made his directorial debut with Reality Bites. Since his involvement in the entertainment industry since 1975, Ben has worked as a writer, actor, director, and producer for over 50 films.

Some of them are the Meet the Parents trilogy, the Night at the Museum trilogy, the Madagascar series, There’s Something About Mary, The Cable Guy, The Secret Life of Walter Mitty, Tropic Thunder, DodgeBall, and Zoolander among numerous others. 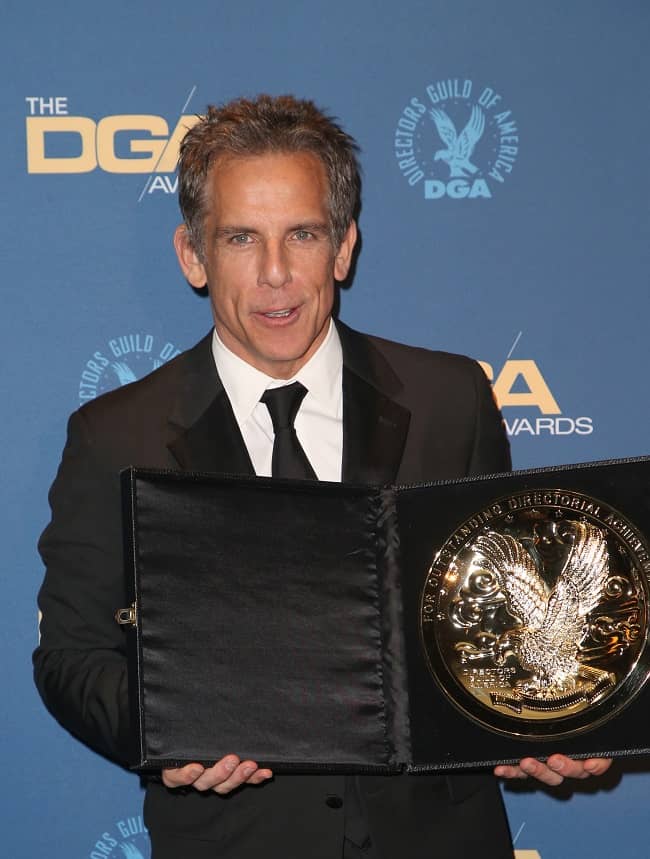 The remarkable actor also made numerous cameo appearances in music videos, TV shows, and films. Furthermore, Ben is also a member of a group of comedic actors. They are colloquially famous as the Frat Pack.

Ben’s films have grossed over $2.6 billion in Canada and the United States. The average per film is $79 million. Moreover, Ben has also received numerous awards and honors. Some are an Emmy Award, a Teen Choice Award, a Britannia Award, and multiple MTV Movie Awards. The multi-talented personality has a net worth estimation of around $200 million US dollars.

Ben Stiller married Christine Taylor on 13 May 2000. The couple had an oceanfront ceremony in Kauai, Hawaii. Christine is a famous actress. The two met each other in the year 1999. They co-starred in the films Zoolander, Zoolander 2, Dodgeball: A True Underdog Story, and Tropic Thunder. The lovers also co-starred in the TV series Arrested Development and Curb Your Enthusiasm.

The married couple lived in Westchester County, New York. Ben and Christine share two children together. They welcomed daughter Ella Olivia in 2002. Likewise, the family welcomed their son Quinlin Dempsey “Quinn” Stiller in 2005. The celebrity couple later adopted a vegetarian diet for health reasons. However, after 17 years of marriage, the celebrity couple separated in the year 2017. Although there is news that the couple filed for a divorce, it has not been confirmed. 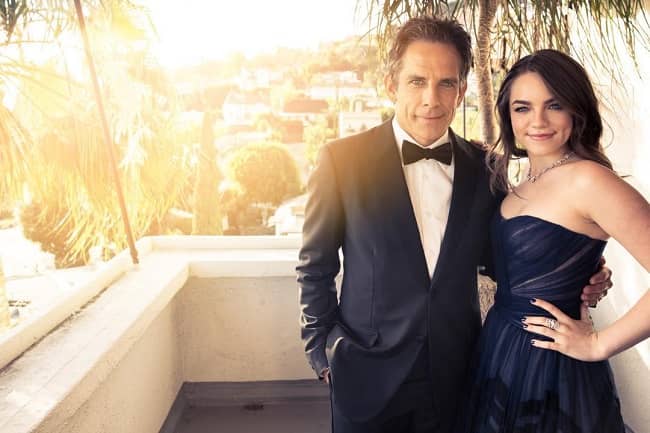 Caption: Ben Stiller posing for a photo with his daughter. Source: Instagram

Ben Stiller stands tall at an approximate height of 5 feet 8 inches or 1.72 meters and his weight is around 70 kgs or 154 lbs. Likewise, Ben has blue eyes and dark brown eyes that have turned gray with aging.