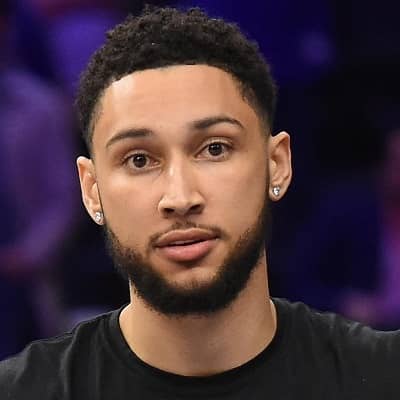 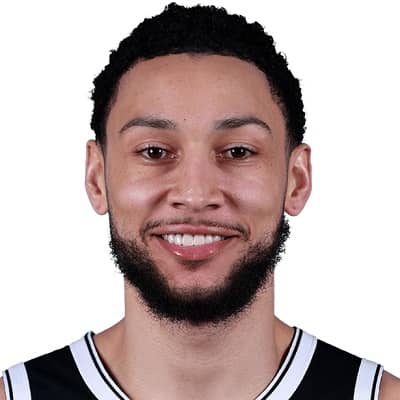 Ben Simmons is a professional basketball player from Australia and is currently playing for the Brooklyn Nets in National Basketball Association (NBA). Moreover, Ben Simmons plays in the point guard position and was named to the NBA All-Star team in 2019, 2020, and 2021.

Benjamin David Simmons best known as Ben Simmons was born on 20 July 1996, in Fitzroy, Victoria, Australia. As of now, he is 25 years old and he is a citizen of Australia. Moreover, he has a zodiac sign of Cancer, and he has mixed ethnicity. He is the son of Dave Simmons (father ) and Julie Tribe (mother).

In addition, he is father was a professional basketball player who spent 13 seasons in the Australian Nation Basketball League and his mother was a cheerleader for the Melbourne Tigers. Moreover, he has 5 siblings; whose names are Melissa, Emily, Liam, Sean, and Olivia. 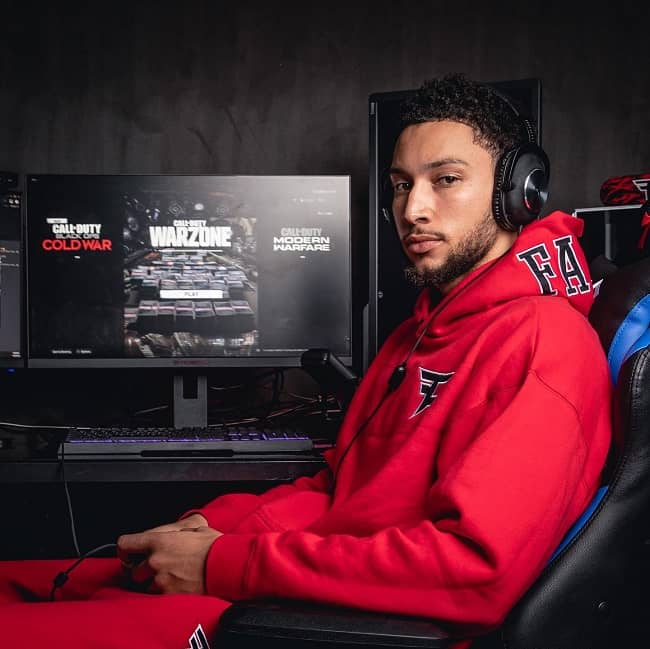 Ben grew up in Newcastle because his father was a coach there. In addition, he began playing basketball at the age of seven with the ‘Newcastle Hunters’ ‘under-12 representative team.’ He also plays in junior rugby league for the Western Suburbs and the local ‘Newcastle Rugby League.’ By the age of ten, he returned to Melbourne and was playing with the ‘Knox Raiders.’ He not only played Australian Rules football for ‘Beverley Hills Junior Football Club,’ but he also received numerous ‘best and fairest’ trophies in the ‘Yarra Junior Football League.’

During his seventh grade year, he attended ‘Whitefriars College,’ where he helped them win the ‘Year-7 Division 1A Basketball Championship and was named MVP. He eventually chose basketball over football after his football coach did not place him in the forward position he desired. He represented ‘Box Hill Senior Secondary College’ in the 2011 Australian Schools Championships while in the ninth grade.

In 2012, he was awarded a scholarship to the ‘Australian Institute of Sport,’ and the following year, he was invited to the ‘Pangos All-American Camp’ in the United States, which was designed for basketball prospects. He represented Australia at the 2012 FIBA Under-17 World Championship despite being only 15 years old. He was instrumental in the team’s silver medal win over the Czech Republic.

In January 2013, he enrolled in the ‘Montverde Academy’ in Montverde, Florida, USA. In April 2013, he helped the team defeat New Jersey’s ‘St. Benedicts’ in the ‘High School National Tournament.’Later, in June 2013, he returned to Melbourne and appeared in six games with the ‘Bulleen Boomers’ of the ‘Big V’ (the semi-professional basketball league in Victoria).

He returned to the ‘Montverde academy’ for the 2013-2014 junior year season. His Academy defeated ‘Oak Hill Academy 71-62 in the ‘High School National Tournament,’ and he was voted MVP. He was crowned MVP as well as ‘America’s Top High School Junior’ at the ‘National Basketball Players’ Association Top 100 Camp.’

His career with the ‘LSU Tigers began with a pre-season Australian trip, which the LSU team won with a 3-2 record. For his performance, he names preseason player of the week. He made his season debut in November 2015, starting with a win for the LSU team. At the end of the season, he was named to the League’s first team, ‘All-Southeastern Conference,’ and ‘Freshman of the Year.’ The LSU team’s performance in the post-season ‘2016 SEC Tournament’ was disappointing, as he was unable to lead the ‘LSU Tigers’ to an ‘NCAA Tournament berth. 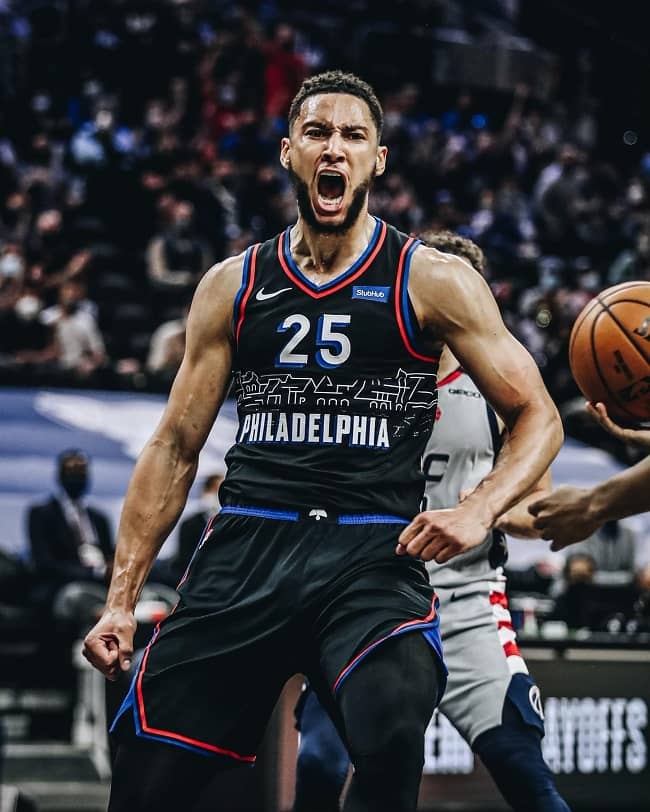 The ‘Philadelphia 76ers’ selected him as the first overall choice in the 2016 draft in June. He signs a contract with the ‘Philadelphia 76ers’ in July 2016 and plays in the ‘2016 NBA Summer League.’ Though his game did not live up to expectations, his overall abilities earned him respect and a spot on the ‘All-Las Vegas Summer League First Team.’ He injured his right ankle during training camp in September 2016, which was diagnosed as a fracture of the fifth metatarsal bone of the right foot. It was announced in February 2017 that he would not be able to participate that season.

He made his NBA debut in October 2017 after missing a whole season due to injury. He smashed many previous records in the first few games. Moreover, he helps his team in finishing the season as the third seed in the ‘Eastern Conference Playoffs.’ He selects ‘Eastern Conference Rookie of the Month’ for the third time in a row after the regular season. After the playoffs and the season, he was named ‘NBA Rookie of the Year,’ as well as a member of the ‘NBA All-Rookie First Team.’

He made his national team debut at the age of 15 and helped his team win silver at the ‘2012 FIBA Under-17 World Championship.’ His senior debut for Australia came in the ‘2013 FIBA Oceania Championships,’ when he led his side to a gold medal victory over New Zealand.

In his career, he has earned some recognition and honors. He received three awards in March 2015: the ‘Morgan Wootten Award,’ awarded to the ‘top male McDonald’s All-American Players,’ the ‘Naismith Prep Player of the Year,’ and the ‘Gatorade National Player of the Year.’

As of now, Ben Simmons is single and unmarried. But, he links with many celebrities and non-celebrities like Brittany Renner, Amber Rose, Dylan Gonzalez, and Tinashe. Moreover, there is a rumor that he is in a relationship with British television and radio presenter Maya Jama. But both of them have not officially confirmed their relationship.

The basketball player is 6 feet 10 inches tall and weighs around 109 kg. More, the player has black hair and dark brown eyes in color. Ben wears a shoe size of 14 US and his other body measurement is unknown. 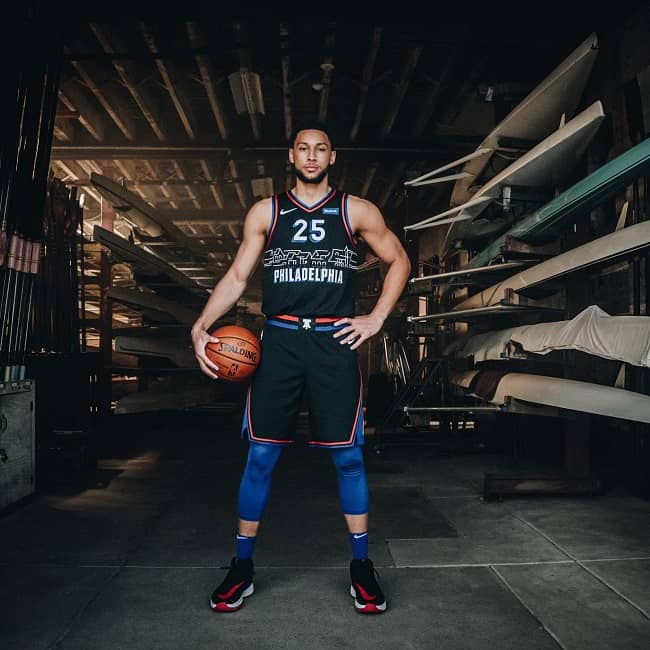