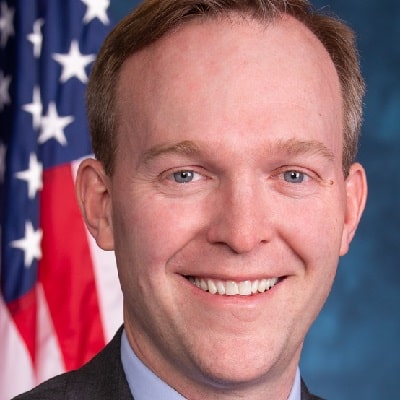 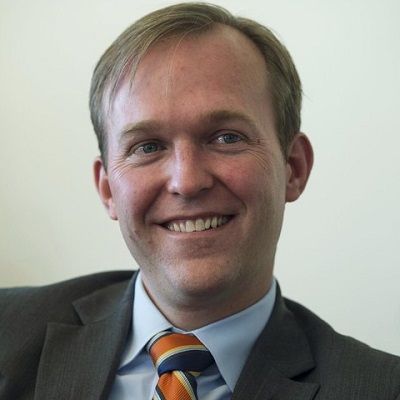 Ben McAdams is an American politician whose is serving as the U.S. Representative from Utah’s 4th congressional district since 2019. Ben McAdams is the only Democratic member of Utah’s congressional delegation and a member of the Blue Dog Coalition. He recently tested positive for COVID-19 and he is one of the first lawmakers in the USA to test positive for the virus causing the global pandemic.

Representative Ben McAdams of Utah is one of the first members of Congress to test positive for coronavirus. He was hospitalized on Friday with “severe shortness of breath”.

After his diagnosis on Wednesday, 18th March, McAdams told the TODAY Show that his COVID-19 felt like “the worst cold I’ve ever had.” On Friday, after his symptoms got worse, he called the coronavirus hotline and was told to go to the hospital where he was met by staff in an isolation unit.

“I was admitted and have been receiving oxygen as I struggled to maintain my blood oxygen at appropriate levels. I am now off oxygen and feeling relatively better and expect to be released as soon as the doctors determine it is appropriate.”

McAdams said his experience “has shown me how critical it is to follow the advice of the CDC and the Utah Department of Health in order to stop the spread of this virus.” He also stated that his condition had since improved and he was “feeling relatively better.” However, he remains in the hospital, and would stay there until his doctors “determine it is appropriate.” Update: On Saturday, March 20th, he got discharged from the University of Utah Hospital. 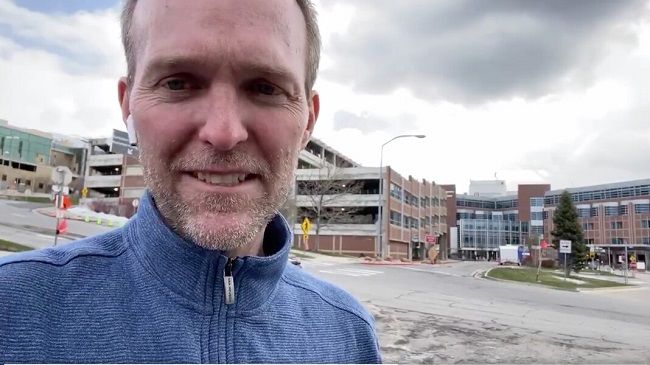 Prior to his hospitalization, McAdams was “feeling about as sick as I’ve ever been.” Moreover, he told CNN’s Wolf Blitzer on Friday that he was struggling with really labored breathing.

“I feel like I have a belt around my chest that’s really tight. When I cough, my muscles are so sore, so I just feel pain every time I cough, which is frequently.”

He also said that he had a fever of about 102. McAdams and Rep. Mario Diaz-Balart (R-Fla.) are the first two lawmakers in the House to diagnose with the coronavirus. Senator Rand Paul (R-Ken.) was the first senator to diagnose with the disease on Sunday. The lawmakers are among the more than 35,000 people in the U.S. who have contracted the virus to date. Additionally, several other members of the House and Senate are self-isolating after coming into contact with them.

Ben McAdams was born in West Bountiful, Utah on December 5, 1974, and he is currently 45 years old. He has a bachelor’s degree in political science from the University of Utah and a J.D. with honors from Columbia Law School. At Columbia, McAdams was a member of the Columbia Human Rights Law Review. Moreover, his full name is Benjamin Michael McAdams.

Similarly, McAdams is a seventh-generation Utahn. He is one of six children. Likewise, he is a member of The Church of Jesus Christ of Latter-day Saints (LDS Church). Additionally, he served a mission to Brazil in the mid-1990s. However, he hasn’t shared much information regarding his parents and siblings.

Talking about his relationship status, McAdams is a married man and his wife is Julie. The couple has four children. But their children’s names are not public. There also isn’t much information regarding his wife and other family members.

Congressman Ben McAdams comes a family of eight and that is where he learns hard work, honesty, and duty to the community. He was the twice-elected mayor of Salt Lake County and a former Utah State Senator.

As mayor, he brought Republicans and Democrats together. By doing so, he helped address homelessness, forming partnerships with the private sector to create jobs and improve education—all while managing a balanced budget. That is the same approach he brings to the U.S. House of Representatives.

He graduated from the University of Utah and Columbia Law School. He practiced law in New York and Utah, assisting businesses with federal securities regulation compliance. In the Utah State Senate, McAdams worked to protect victims of financial fraud and offered legislation to combat consumer fraud.

He and his wife, fellow Columbia Law graduate, Julie, and their four kids live in Salt Lake City, where they enjoy hiking, soccer, baseball and the many cultural activities offered throughout the state. McAdams is fluent in Portuguese and conversant in Spanish.

After graduating from law school, McAdams briefly worked in New York City as an associate at the law firm Davis Polk & Wardwell. McAdams and his family then returned to Utah, where he joined the law firm Dorsey & Whitney in Salt Lake City, working in securities law. He then became Senior Advisor to Salt Lake City Mayor Ralph Becker. McAdams has also served as a volunteer adjunct faculty member at the University of Utah College of Law.

McAdams replaced Scott McCoy as the senator for Utah’s second district in a special election on December 19, 2009. He was elected to a four-year term on November 2, 2010. He assumed office on January 3, 2019, and his current term ends on January 3, 2021. 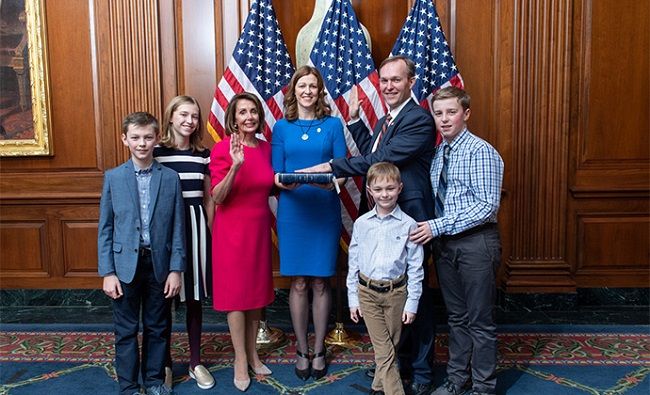 Moreover, he is an American politician serving as the U.S. Representative from Utah’s 4th congressional district since 2019. He is the only Democratic member of Utah’s congressional delegation and a member of the Blue Dog Coalition.

From 2013 to 2019 he served as mayor of Salt Lake County, and from 2009 to 2012 he was the Utah state senator from the 2nd district, which includes Salt Lake City, South Salt Lake, and a portion of West Valley. In 2018, McAdams narrowly defeated Republican Congresswoman Mia Love in Utah’s 4th congressional district.

McAdams (Democratic Party) is running for re-election to the U.S. House to represent Utah’s 4th Congressional District. He declared candidacy for the Democratic primary scheduled on June 30, 2020.

Moreover, talking about his net worth and earnings, Representative McAdams’s base salary is $174,000.

Ben McAdams has identified himself as pro-life but voted against several anti-abortion bills as a state senator. He has said he “believes in the sanctity of life at all stages” and “opposes abortion except in cases of rape, incest, danger to the mother’s life, and in certain other rare circumstances.” During the current 116th session of Congress McAdams was one of three Democrats to sign a Republican-led petition to advance the “Born-Alive Abortion Survivors Protection Act”, an anti-abortion bill.

McAdams supports same-sex marriage. After the Supreme Court ruled in Obergefell v. Hodges that same-sex couples have the right to marry, McAdams stated: “As Justice Kennedy stated in his opinion, ‘The right of same-sex couples to marry is derived from the Fourteenth Amendment’s guarantee of equal protection.’ This decision enshrines what I’ve long believed—that all families should be treated equally under the law.”

In 2019, McAdams voted for the Equality Act, which would legally prohibit discrimination on the basis of sexual orientation and gender identity in employment, housing, public accommodations, public education, federal funding, credit, and the jury system. Despite his vote, McAdams has stated he “doesn’t think it’s perfect” and supports continued dialog and refinement of the bill to resolve concerns that several faith-based groups have with it. 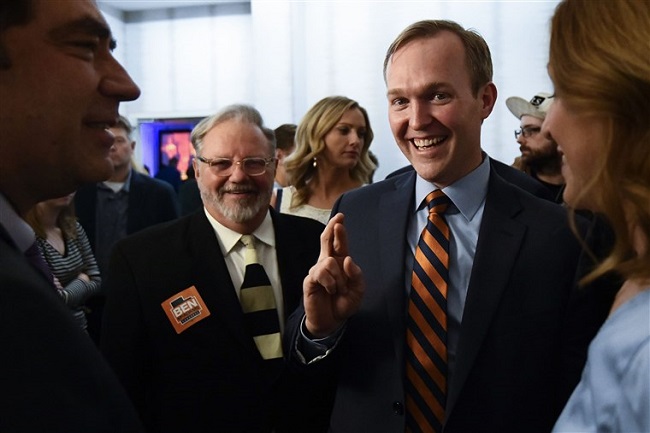 While Salt Lake County mayor, McAdams called for Congress to make fixes to the Affordable Care Act (also known as Obamacare) instead of repealing it. He had previously called on Congress to renew the Children’s Health Insurance Program (CHIP) after its funding lapsed in September 2017. McAdams does not support a “Medicare-for-all” type plan, saying he doesn’t think it is an approach that would “work for [his] constituents.”

McAdams voted for the “Strengthening Health Care and Lowering Prescription Drug Costs Act”, which seeks to lower prescription drug prices, bolster the Affordable Care Act and protect care for those with preexisting conditions. The Senate has not considered it.

There is no information regarding the Utah representative’s body measurement stats. His height, weight, chest-waist-hip measurements, dress size, shoe size, etc are all unavailable. Moreover, he has light brown hair and beautiful blue eyes.