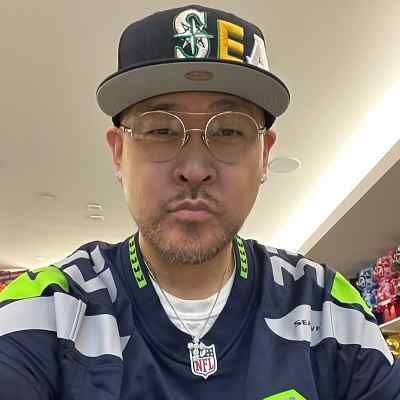 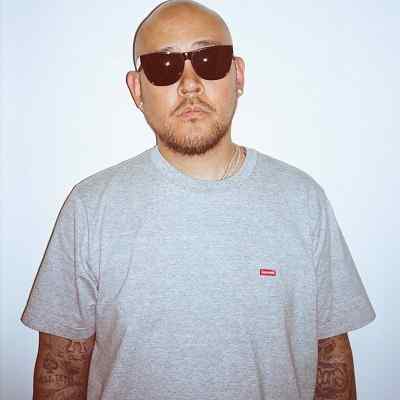 Ben Baller is an American Music Producer, DJ as well as a producer. Ben Baller’s resume has 21 platinum album credits which include works with both Jay-Z and Dr. Dre. He began out designing, making, and selling jewelry in the spring of the year 2005. And, within a few years, he was able to become one of the most well-known jewelers in the country.

Ben Baller was born on January 27, 1973, in Los Angeles, California, the United States of America. He is 49 years old and is American by nationality. He is under the astrological sign, Aquarius, and follows the religion, Christianity. His ethnicity is Korean-American. Likewise, his birth name is Ben Yang.

The name of Ben Baller’s parents is not available at the moment. However, his mother was a dress contractor whereas his father was a history professor at UCLA. Ben also has a brother and a sister and their names are David Yang and Jeanne Yang. His brother is a video game producer and his sister is a celebrity stylist. Ben Baller grew up in K-Town in the USA.

Regarding Ben’s educational background and qualification, he attended Beverly Hills High School and then graduated from the University of California, Berkeley. After that, Ben enrolled in San Franciso State University and earned a degree in a BFA in cinematography. Likewise, Ben Yang got his nickname “Baller” as he used to do ball plays in his school and college days in San Francisco. Baller played Division II Basketball as well as Football at San Francisco State University. Moreover, he also guarded NBA All-Star legend Steve Nash when Nash was playing at Santa Clara University. 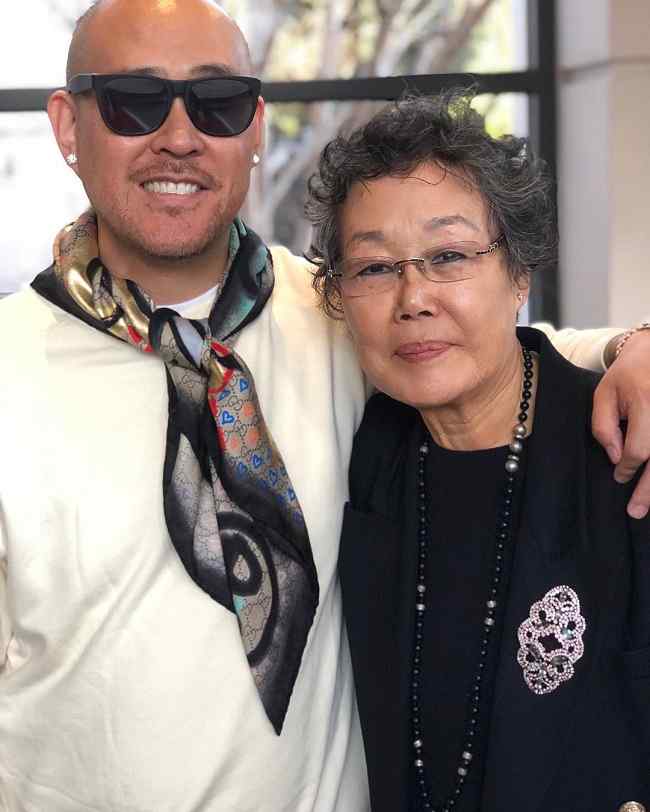 Caption: Ben Baller along with her mother (Source: Instagram)

Ben Baller began his career in the music industry in the year 1993. And, his first job was as a DJ at Washinton’s restaurant. He chose to become a professional DJ and continued his profession till 2004. Ben recorded 20 platinum album credits during his time in the music industry. Ben has worked with many leading music producers and companies as well. He also had an interest in acting and his interest drove him to work in films like “AS I AM: The Life & Times of DJ AM” in the year 2015. He also has his own documentary series that came out in the year 2012 and also won a Webby award for the best new reality show. Ben also appeared in “Cake” in the year 2004. Also, he was very fond of collecting sneakers and even got renowned in the world for collecting the best sneakers.

Likewise, in the year 2004, Ben Baller along with his uncle and cousin began a jewelry company called “ICEE FRESH & CO”. The company was for designing creative jewelry. And, his family members were experienced in jewelry making business for 35 years. However, Ben went on to the different ways of designing customized jewelry. This helped him become a famous jewelry artist. Moreover, he is perfect in creating extravagant diamond-encrusted jewelry. His work and ability were able to attract a lot of big client celebrities like Kayne West, Black Eyed Peas, Orlando Brown, Drake, Nas, DJ Jazzy Jeff, Snoop Dogg, Mariah Carrey, and Joel Madden. Ben even made diamond-encrusted belt buckles for the legendary Michael Jackson.

Apart from the jewelry design, Ben Baller is also famous and known for his huge collection of cars. He owns various supercars such as the Mercedes S class, The Rolls Royce Ghost, The Ferrari, The BMW series cars, and many others. He is also fond of tattoos. Ben has printed one of the most famous tattoos on his body.

Furthermore, he launched a clothing line “Superism” by expanding his jewelry business. He even started a new venture of cannabis pen “VVS Pens”. And, Ben Baller has also appeared in the movies “The Clinic” in the year 2010 and “Jin” in 2011. 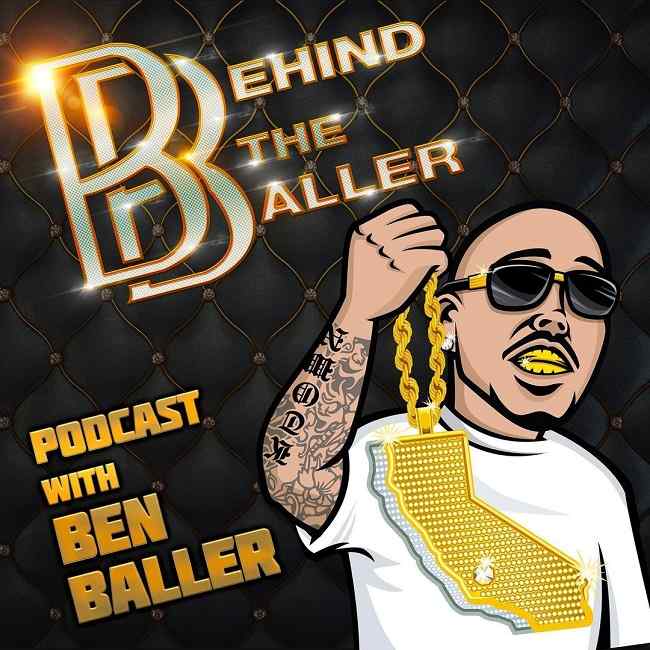 Ben Baller has been enjoying the married relationship with his wife Nicolette Yang for seven years. They began dating in the year 2010. And, their flourishing relationship turned into an engagement on February 25, 2011. Ben proposed to Nicolette to marry on the occasion of their 1st love anniversary.

Then, a year later on February 25, 2012, the couple shared the wedding vows and tied the knot. Likewise, they have three children and their names are London, Ryder, and Kaia. Moreover, Ben Baller often shares pictures of his wife on his social media posts and expresses how happy he is to be the father of three adorable children. 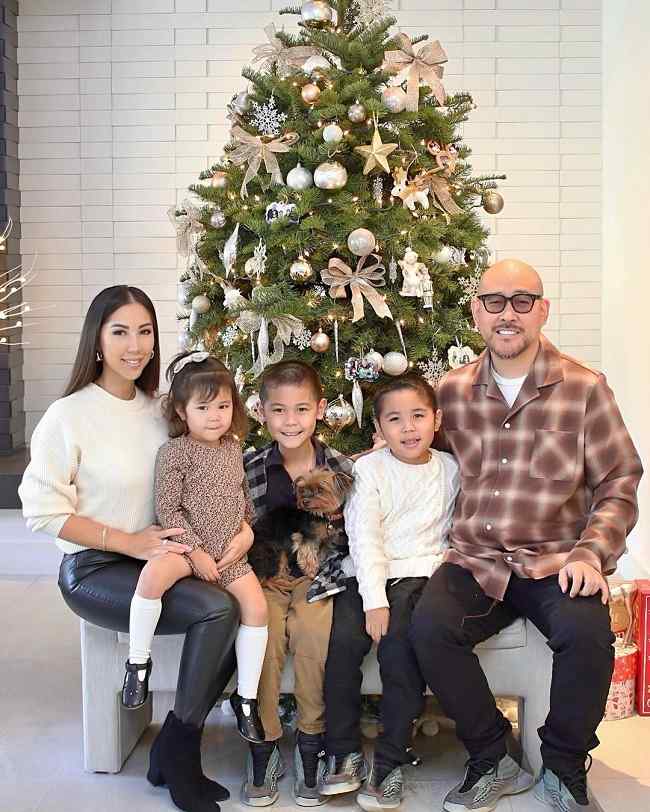 Caption: Ben Baller with his wife and children (Source: Instagram)

Ben Baller has a height of 6 feet and his weight is 85 Kg. Baller’s other body measurements like chest size, waist size, and hip size, are 42-32-37 inches respectively. Moreover, he has black hair and dark brown eyes but he always trims his hair almost making himself bald. Ben also has a beard and mustache.

Ben Baller is pretty active on all of his social accounts. He owns an Instagram account under the name “benballer” and has shared 136 posts until now on his Instagram page. He has 1.4 million followers on Instagram. Ben is also active on other social media platforms. He has 279.3K followers on Twitter, 12K subscribers on Youtube, and 37.9K followers on Facebook.

According to celebritynetworth, Ben Baller has a $100 million net worth. And his main income source is his business of jewelry.