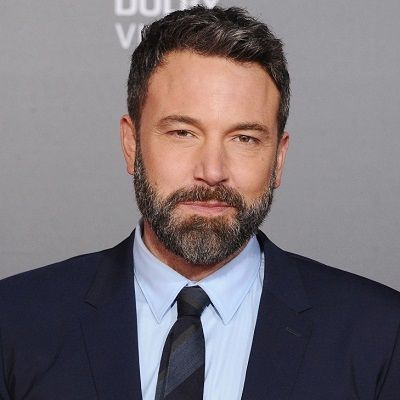 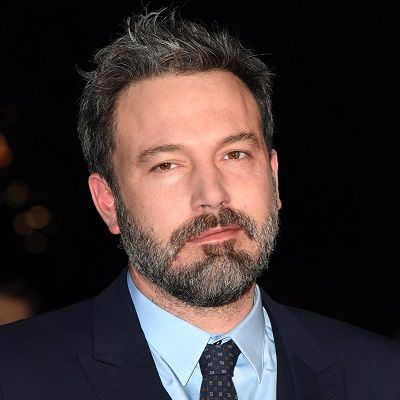 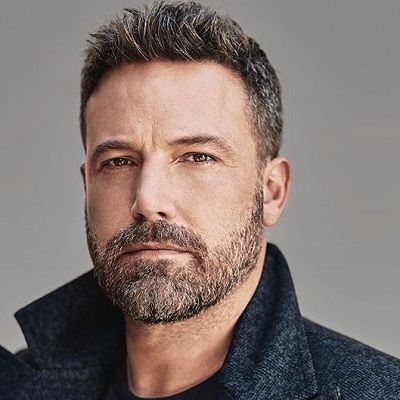 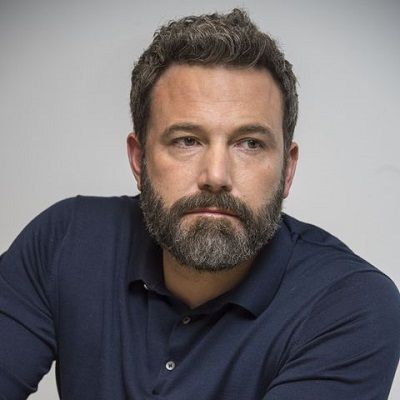 Ben Affleck is an American movie star, director, scriptwriter and producer. Ben Affleck is famous for an array of high-profile films, including ‘Good Will Hunting,’ ‘Argo’ and ‘Batman v Superman: Dawn of Justice.’

Taking a break from their self-quarantine, the new couple spotted walking de Armas’s pooch around the block in Pacific Palisades, California. Page Six reported that Ben Affleck has a new romantic interest after he spotted in Cuba with his co-star Ana de Armas. They even shared a quick kiss during their stroll. They play husband and wife in the upcoming psychological thriller, Deep Water. 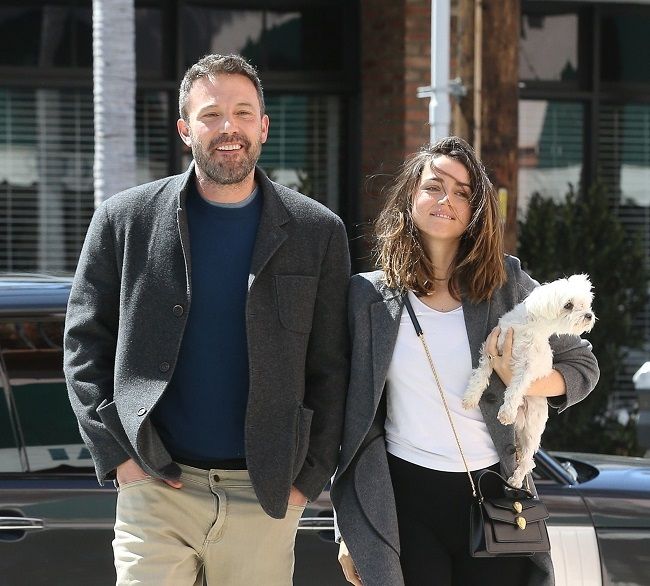 Similarly, the co-stars were spotted shopping together at the clothing store Clandestina. They were seen dining together at a cozy restaurant called La Corte del Principe. Both were spotted getting close at the Havana airport before boarding a private jet together to head back to America.

In 2001, Affleck checked himself into rehab for his drinking problem. He took help from his friend and actor Charlie Sheen to make a decision to spend some time in a rehab to recover from alcoholism. In 2002, while doing ‘Gigli’ with actress/singer Jennifer Lopez, they came close to each other and Affleck started making public statements about how much he admires her and showed up at the opening of her Pasadena restaurant. After dating for two years the couple decided to marry. Four days before the wedding they broke up.

Ben Affleck and Jennifer Garner first met in 2000 while filming a movie. At that time, Garner was married to Scott Foley. Moreover, in an interview with Playboy, he said, “We met on ‘Pearl Harbor,’ which people hate, but we fell in love with ‘Daredevil.’ By the way, she won most of the fights in the movie, which was a pretty good predictor of what would happen down the road — my wife, holding swords and beating the living s— out of me.” 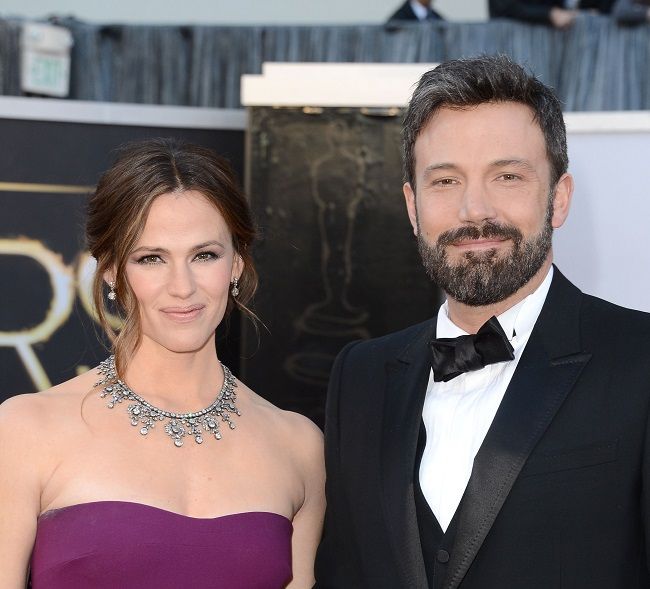 Affleck nabbed the best director award for his work on “Argo” at the Golden Globes. In his speech, he thanked Garner, saying, “I adore you, I love you. You’re my everything” in 2013.

Ben Affleck left a vacation with Garner and took the family’s nanny Christine Ouzounian to a charity poker tournament in Las Vegas on June 26. The multiple sources confirmed that Affleck had been dating 28-year-old Ouzounian.

Days after the report about the nanny surfaced, Affleck and Garner released a statement about their divorce to People magazine. That stated, “After much thought and careful consideration, we have made the difficult decision to divorce. We go forward with love and friendship for one another and a commitment to co-parenting our children whose privacy we ask to be respected during this difficult time. This will be our only comment on this private, family matter. Thank you for understanding.”

In a candid interview with Vanity Fair, Garner spoke about her split with Affleck. Garner stated, “We had been separated for months before I ever heard about the nanny. She had nothing to do with our decision to divorce. She was not a part of the equation. Bad judgment? Yes.”

She added that he’s the ‘”love of her life,” saying, “‘ What am I going to do about that?’ He’s the most brilliant person in any room, the most charismatic, the most generous. He’s just a complicated guy.” Almost a year later, unnamed sources told People magazine that Affleck and Garner had called off the divorce, although they weren’t back together. Garner and Affleck filed for divorce almost two years after their separation.

Months after moving out, Affleck reportedly began dating “Saturday Night Live” producer Lindsay Shookus. Reports that Shookus and Affleck had broken up were confirmed by People magazine. The two continued to be photographed together several more times.

On October 4, 2018, Affleck took to Instagram to open up about struggling with addiction and to express gratitude toward those who have been there for him throughout his journey. On October 5, 2018, the two stars finalized their divorce, three years after their separation. Affleck told the New York Times that his divorce from Garner was the “biggest regret” of his life.

In October 2017, MTV correspondent Hilarie Burton accused Ben Affleck of groping her during a TRL appearance in 2001. She accused him of touching her breast while he gave her a hug. Likewise, Affleck publicly apologized for his inappropriate behavior.

Ben Affleck was born as Benjamin Geza Affleck on August 15, 1972, in Berkeley, California, to Christopher Anne and Timothy Byers Affleck. And is currently 47 years old. His father dabbled in a lot of jobs before he finally became a photographer. Ben’s mother was a school teacher. His parents were separated and divorced when he was 11. He has a younger brother called Casey Affleck who is also a movie actor. After the split, Affleck and his siblings moved to Cambridge, Massachusetts.

Affleck was always interested in acting and did little stints like appearing in a Burger King advertisement. In 1984, he got a role in PBS miniseries called ‘The Voyage of the Mimi’. It was a science show that showed the crew of Mini exploring the ocean.

Affleck attended Cambridge Rindge and Latin School and here he met his co-star, co-writer, and a close friend Matt Damon, who was two years older to him. They spent their time together doing underage drinking and smoking pot before Affleck got his substantial roles in ‘Buffy the Vampire Slayer’ and ‘School Ties’. In 1990, he appeared with major role in the cult classic called ‘Dazed and Confused’.

Subsequently, he was accepted into the University of Virginia, but due to a girlfriend, he took admission at the University of Vermont. Moreover, his affair was one-sided, so he left it with no credits. Finally, he had studied Middle Eastern affairs at Occidental College in Los Angeles for a year and a half.

Those were the early years when he made association with the director and writer Kevin Smith and starred in his movie ‘Jersey Girl’. He also made an appearance in Smith’s every ‘View Askenwniverse- Jersey’ film. Also, at the beginning of his career, he appeared on several ‘Saturday Night Live’ episodes.

That was in 1997 when Affleck made a big name for himself along with his actor and close friend Matt Damon. They both wrote it together to turn into a screen script. Additionally, they both later acted in the movie which was a story about a complicated math genius who is a janitor at MIT.

The script that both Affleck and Damon wrote together was bought by Harvey Weinstein for a million US dollars. And the movie was nominated for nice Oscar Awards and won two, including the category of Best Original Screenplay. And the success of the movie turned Affleck into an international celebrity overnight.

Affleck bagged the role in an action movie called ‘Armageddon’ along with known Hollywood stars like Bruce Willis and Liv Tyler. The movie received mixed reviews but it was a commercial success in 1998.

Further, in 2003, he acted in the flick ‘Daredevil’. It was the movie version of the famous comic series and it was Affleck’s favorite since he was a little boy. The movie starred his future wife Jennifer Garner in it and did very well commercially. In the same year, he starred in ‘Gigli’ and the following year, in ‘Surviving Christmas’.

In 2006, Affleck starred in the HBO series called ‘Hollywoodland’. It was a biopic on the critically acclaimed and famous artist George Reeves. Likewise, he received the Best Actor award at the Venice Film Festival. And he even got nomination for a Golden Globe. He did ‘Smokin’ Aces’, which moderately acclaimed by the critics and became a commercial failure in  2007. In the same year, he directed his first movie ‘Gone Baby Gone’. 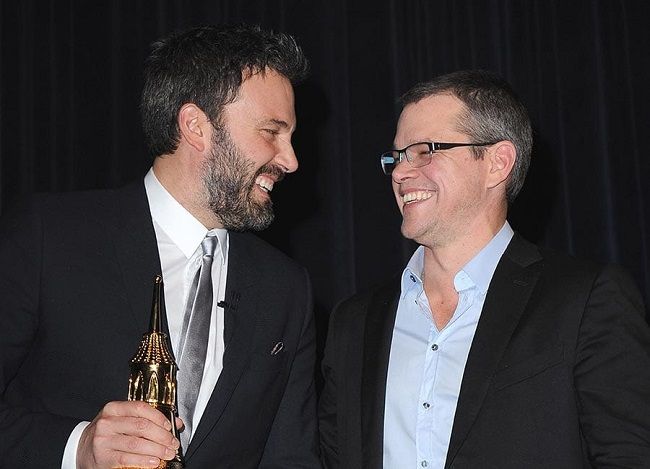 Similarly, he co-wrote the script of the movie, which was based on the novel ‘Prince of Thieves’. The movie received moderate reviews from critics in 2010. In 2012, he directed another movie called ‘Argo’ starring George Clooney in the lead role. He won a Golden Globe, Directors Guild of America awards, BAFTA award for his direction in the movie.

In 2013, he hosted the sketch comedy show ‘Saturday Night Live’. Ben Affleck starred in David Fincher’s psychological thriller ‘Gone Girl’. Moreover, in 2016, he starred as Batman in superhero film ‘Batman v Superman: Dawn of Justice’. In 2017, he reprised his role as Batman in ‘Justice League’.

In 2019, he made a cameo appearance in Jay and Silent Bob Reboot. Likewise, he played a supporting role as a diplomat in Dee Rees’s political thriller The Last Thing He Wanted (2020).

He has played a starring role as a recovering alcoholic in the sports drama The Way Back (2020). In November 2020, he will be starring opposite Ana de Armas in Adrian Lyne’s thriller Deep Water. It is an adaptation of Patricia Highsmith’s novel.

The star is also famous for his brand endorsement activities. He has endorsed or promoted brands like Diet Coke, Armani, Coty, H&M, Sainsbury’s, Samsung, and many more.

The dynamic personality, Ben Affleck has earned a great amount of money from his professional career for sure. As in 2022, his net worth is around $130 Million Dollars. He is perhaps the wealthiest actors in the world.

Ben is a handsome guy with an amazing personality. He has a height of 6 feet 4 inches and weighs around 89 Kgs. He has hazel eyes and dark brown hair. His chest-waist-biceps measurements are 44-36-17 inches respectively.