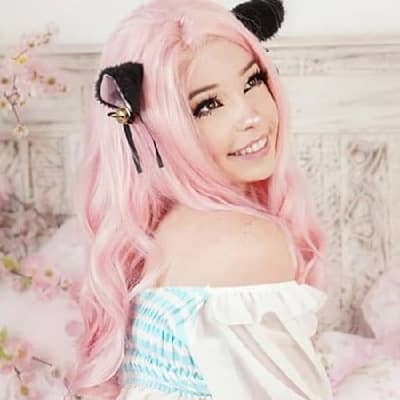 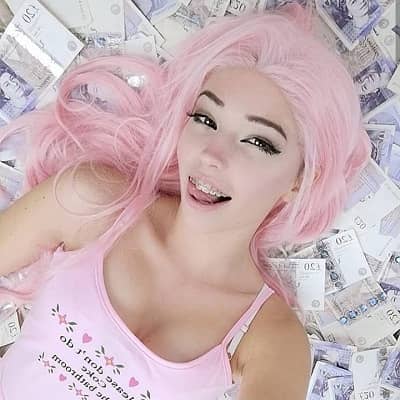 Belle Delphine is a famous cosplayer, baby doll model, YouTuber, and also a social media personality who hails from South Africa. The British personality Belle Delphine rose to fame after appearing on Instagram and her YouTube channel with her beautiful and creative content.

The pretty cosplayer’s birthdate is 23rd October 1999 and her birthplace is Cape Town, South Africa. Belle Delphine is a British and South African citizen. Her real name is Belle Kirschner and some of her nicknames are Baby doll and Elf kitty girl. Likewise, Belle Delphine’s present age must be twenty-one years old and her sun sign was Libra. Belle’s father belongs to a Caucasian ethnicity whereas her mother belongs to a Japanese multiracial ethnicity. Also, Belle follows the Christian religion.

However, there is no information on whether the cosplayer has any siblings or not. Later, the cosplayer went to London, England together with her parents where she also grew up. Belle has been quite secretive when it comes to her personal life. At a very young age, Belle Delphine started working in order to earn some extra money for herself. When Belle Delphine was just thirteen years old, she was already working at a coffee shop. After some time, Belle started working as a waitress in a restaurant.

In addition to that, Belle Delphine was also washing the dishes in the kitchen after finishing her school studies for almost 6 months. When the cosplayer became sixteen years old, she changed her profession as was working to distribute babysitting leaflets to her neighbors. Belle even was working as a nanny for various families residing in her area. As for education, Belle went to a school in London and has already passed from tenth grade. However, there is no information on whether the cosplayer has quitted or is still studying. 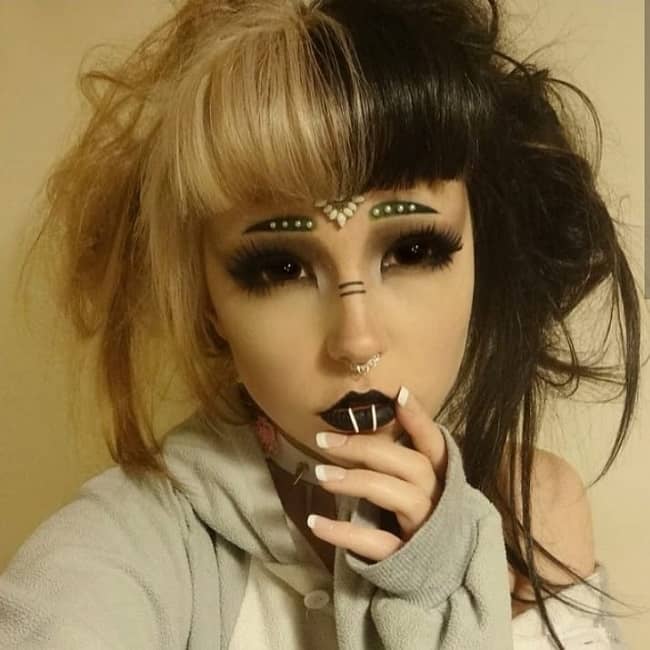 At the age of fourteen years old, Belle Delphine was starting to upload images of her cosplay on her Facebook page. Eventually, the cosplayer’s work was expanding rapidly all over Facebook. After 2 to 3 years of doing the same thing in repeat, Belle Delphine had was already gathering more than one hundred thousand followers. At that time, most of Belle Delphine’s followers and fans were young girls. After some year, Belle Delphine bought a campervan and was traveling all over France for a whole year.

The social media personality was unknown about what to do after she got back. However, it was for sure that Belle Delphine didn’t want to have an ordinary career. Belle Delphine did not have any idea and was not able to concentrate on her career. She subsequently made a decision to choose a career as a social media personality and cosplayer. Belle Delphine was still unable to get her own mobile until she turned out to be eighteen years old. The artist had to buy a phone for herself to open her own Instagram account.

On 28th 2015, Belle’s oldest selfie on uploaded on her Instagram account. Belle then started uploading more content on her Instagram account between March and July 2015. However, from September 2018 Belle Delphine began becoming more and really active on social media platforms. In fact, the cosplayer has achieved a million followers due to her NSFW content. The cosplayer’s contents are frequently the images and videos of her cosplaying of numerous characters from Japanese anime and manga too.

Furthermore, Belle Delphine has also worked as a baby doll model. Also, her several posts are ahegao images. It was on 30th July 2016 when Belle Delphine created her own YouTube channel with her own name but has just uploaded only 2 videos there to date. But the cosplayer’s followers have grown dramatically right after its foundation. The YouTuber even has her own TikTok account and the username of her TikTok account is belle.delphine_. Belle has gained more than 10 thousand fans and more than 100 thousand hearts on her TikTok account. 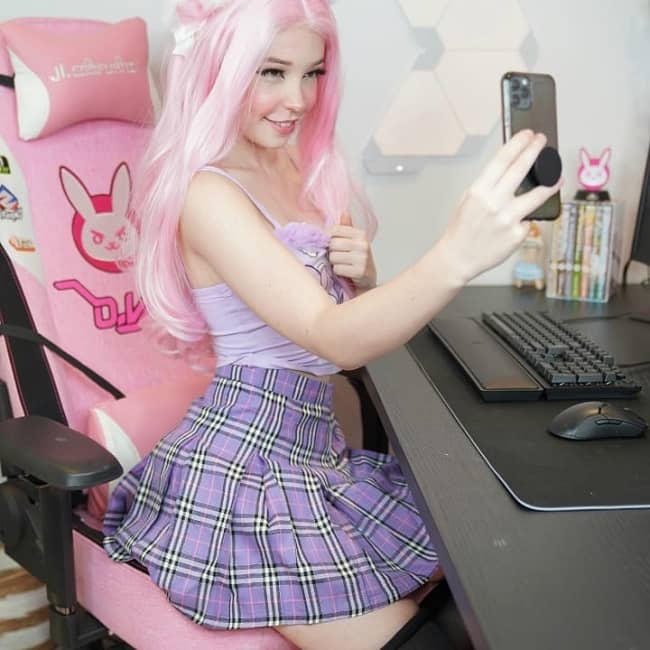 The YouTuber is very secretive and prefers to keep her personal information private. However, the cosplayer has made it clear that she had a partner in November 2020 at the time of a stint on the Happy Hour podcast. According to some sources, it is found that the cosplayer is a bisexual personality.

But Belle herself has never confirmed it yet. Furthermore, Belle Delphine has got some criticisms for the sensitive nature of her social media posts. After Belle Delphine got very famous for her content, she started dressing like an underage girl and even performs some acts that are immensely suggestive.

Regarding the cosplayer’s body measurement, Belle Delphine has an average height of 5 feet 6 inches or else 168 cm or 1.68 m. Belle Delphine also has a slim body type with a bodyweight of around 55 kg or 121 lbs. Similarly, the cosplayer wears a shoe size of 6 (UK) and the size of her bra is 32 B.

The body measurements of the cosplayer are 33 inches, 24 inches, and 34 inches. In addition to that, Belle Delphine has a pair of brown eyes with brown hair. The cosplayer is very beautiful and has a very fair complexion. With the perfect makeup on her skin, Belle Delphine looks more attractive and more beautiful just like the cosplay characters.

Talking about the cosplayer’s presence on the social media platforms, Belle Delphine has been on there for a very long time now. In fact, she started her career with the help of social media and will also be getting better and more popular from the same platform.

On Instagram, Belle Delphine has achieved 656 thousand followers and on Twitter, she has gained 1.6 million followers. Likewise, the cosplayer has a Facebook page where she has successfully gained more than 413 thousand followers. The cosplayer is also a YouTuber and has her own YouTube channel. As of April 2021, Belle Delphine has gained 2.01 million subscribers on her YouTube channel.