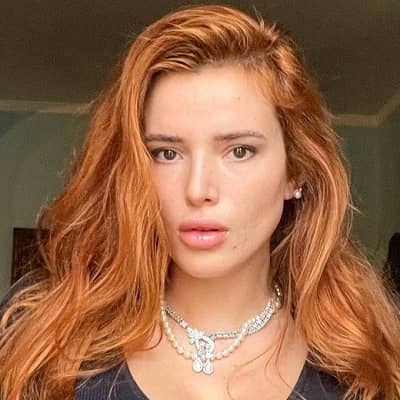 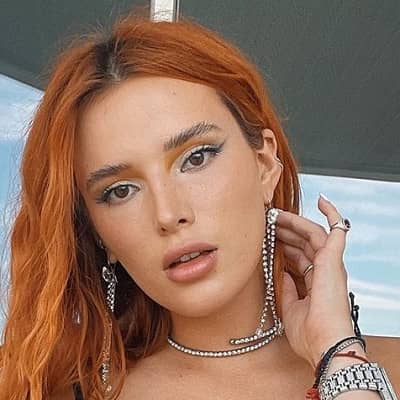 Bella Thorne is a beloved actress and singer. Likewise, Bella Thorne has been a part of well-known television series such as, ‘My Own Worst Enemy’ and  ‘Shake It Up’.

Bella Thorne was born on October 8, 1997. She was actually born in Pembroke  Pines, Florida, America. At the present, she is 24 years old. She was born to parents Delancey Reinaldo Thorne( Father) and Tamara Thorne( Mother). Sadly, her father passed away when she was still very young. He dies in an accident back in 2007. Her mother worked very hard to feed her and her entire family. Moreover, her full name is Annabella Avery Thorne.

Regardless, she is well recognized as Bella Throne to the rest of the world. The 24-years-old actress has three siblings of her own among which two of them are sisters while the remaining one is a brother. The name of her sisters is Dani Throne and Kaili Throne. Likewise, the name of her brother is Remy Throne.

For her primary education, she attended a public school. However, her experience there was not very jolly. She was bullied at a very young age which hampered her mental health at a very young age. Since her family’s economic condition was not very well at that time, her mother could not afford to send her to a private school. Therefore, she was homeschooled up to a certain age. Moreover, she also joined a Sylvan Learning center.

Bella Thorne is an actress, singer, and model by profession. She is a very competent woman who can easily juggle all three professions. She started off as a child actress to support her family. Similar to most actors and actresses, she played minor roles in different movies and television shows. The first-ever role she received was in 2003 for a movie called ‘Stuck On You’.

Likewise, she got a major role for a television series titled ‘Dirty Sexy Money’. In the year 2007, she was one of the major cast for the television series’s second season. She has played a wide range of roles throughout her career. From a high school student to an antagonist full of grudges, she has always given her best to bring her characters to life. 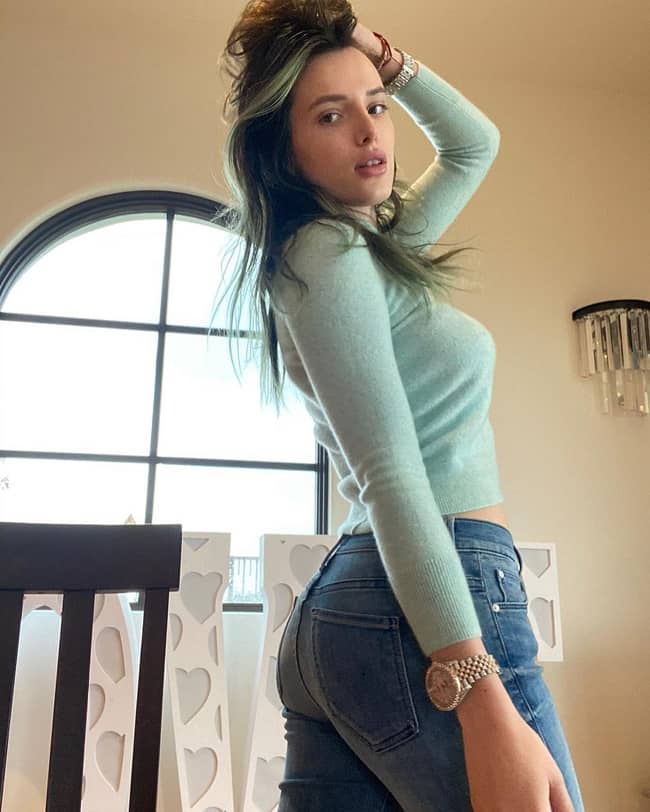 Although her career started in the early 2000s, she did not receive the recognition she deserved until 2010. During that year, she became a part of Disney Channel and was featured in one of their dance shows. Similarly, she also stepped into the world of music and debuted as a singer.

Her first single titled ‘Watch Me’ was a major hit and was loved by the audience as soon as it was released. She further worked with Disney on a few different projects while continuing to feature in Shake it up until the third season. Gradually she started gaining more and more popularity.

Appearing on different television shows and movies while doing music, she definitely lives a very busy life. Some of her famous projects include Midnight Sun, Famous In Love, You Get Me, and The Babysitter. With time her presence on the internet is also growing so is her fan following on different social media platforms.

Throughout her career, her works have been recognized multiple times. Some of the awards won by Bella Thorne so far are the Young Artist Awards- Best Performance in a television series (2009), Young Hollywoods Awards- You’re so fancy (2014), and Teen Choice Awards- Choice Movie: the villain( 2015).

The American actress has a total net worth of about $12 million. Her source of income is her career as an actress and a singer. Bella also partially earns money through her social media accounts promoting various brands. Similarly, her music is another way for her to earn money. For now, the details of all her assets are not available.

Ms. Throne has dated quite a few guys in the past. After being a public figure, her first relationship was with a guy named Tristan Klier. The couple eventually broke up due to the difference in their profession. Sometime after she and her ex-boyfriend broke up, rumors about her and Brandon Lee quickly spread all over social media. Soon, the couple confirmed that they were dating. However, they did not last very long.

She was pictured kissing Ryan Nassif at a basketball just when fans thought her relationship with Brandon was going well. Similar to her previous relationship, things ended with Ryan too. Other people Bella dated in the past are, Tyler Posey, singer Charlie Puth, Scott Disick, Mod Sun, and Tana Mongeau. Currently, she is dating Benjamin Mascolo. She shares their pictures on her social media platforms making fans adore their relationship. 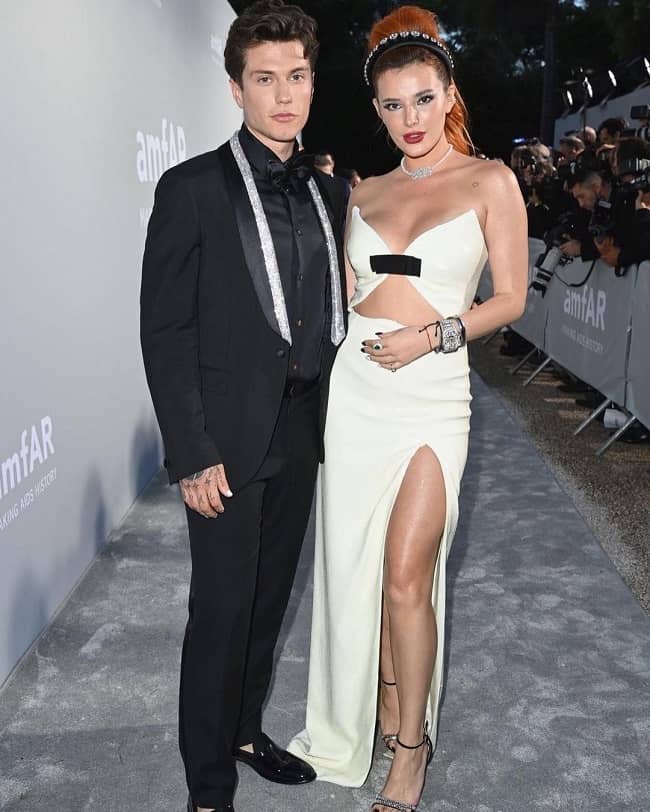 Caption: She and her boyfriend Benjamin posing together during an event. Source: Instagram

Bella Thorne stands 5 feet and 8 inches tall. She is naturally fit and seems to work out regularly to maintain her physical fitness. Similarly, her hair is naturally a bright shade of orangish-red. She is often seen with different hair colors that naturally enhance her look. Moreover, the actress has beautiful dark brown eyes.

She actively uses all of her social media platforms and has quite a fan following on all of them. Her Instagram handle is @bellathorne with 24.5 million followers so far. Similarly, she has posted 5442 posts on her Instagram feed to date. Moreover, she is active on Twitter as @bellathorne. She has accumulated 6.5 million Twitter followers on her Twitter account. She uses other platforms like Snapchat and OnlyFans as well.