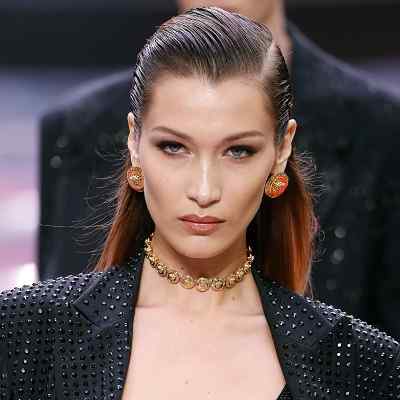 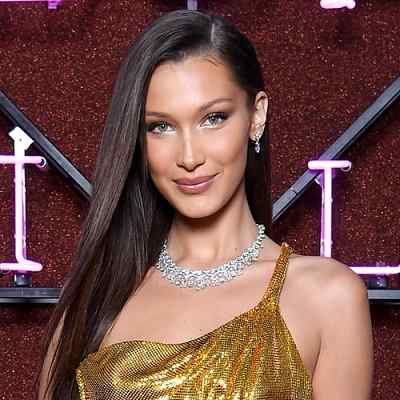 Bella Hadid is an American supermodel who has walked the ramps for many world-famous designers and also posed for many renowned magazines. Bella Hadid is also the younger sibling of Gigi Hadid and daughter of Yolanda Hadid, both of whom are also world-renowned supermodels.

Being a supermodel, many people are curious about who Bella Hadid is dating at the moment. But she seems to be single currently. However, it wasn’t always the same case for her love life. She has dated several celebrities throughout her life.

One of them is the infamous The Weeknd, whose birth name is Abel Makkonen Tesfaye. He is a well-known Canadian singer popular for his simultaneously seductive and sad albums. Their relationship initially began in May 2015 and the couple has had several breakups and reconciliations so far. They were initially seen together in April at Coachella. Hadid starred in The Weeknd’s music video for “In the Night” in December 2015. They also made their red carpet appearance as a couple at the Grammys in February 2016.

The lovers got back together after The Weeknd’s highly-publicized relationship with Selena Gomez in the year 2017. After keeping their on-and-off relationship for a couple of years, the pair reignited their flame in July 2018.

However, they again broke up due to conflicting schedules in August of 2019. The two reportedly got back together in October 2019, right around the time of Hadid’s 23rd birthday. And there has been reconciliation rumors ever since, but the two remain off as of March 2020.

Considering the duo’s relationship history, it is not surprising at all that several tracks of The Weeknd’s new album After Hours reference Hadid. Moreover, sources mention that the two will likely get back together again when their careers allow it. 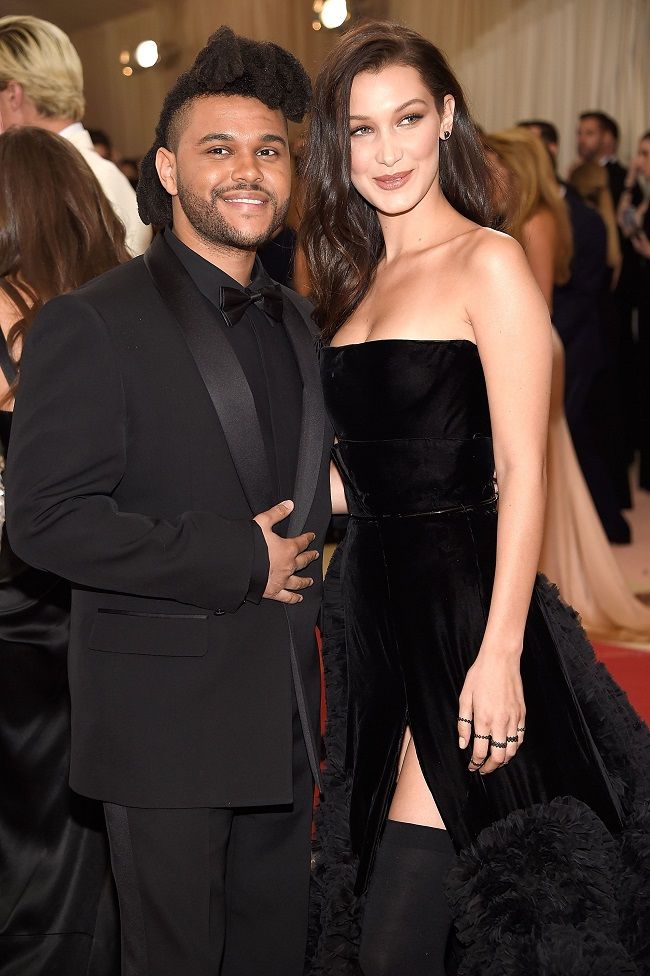 Caption: Bella Hadid and The Weeknd attending and event together. Source: Cosmopolitan

Aside from The Weeknd, Hadid has also dated singer/rapper Drake. In the year 2017, there were rumors about Drake and Bella’s relationship. The rumors got a rest for a while until Drake dropped his album Scorpion in the summer of 2018. The album contained lyrics that clearly referenced a relationship with Bella. Later, Harper’s Bazaar reported that Drake was the one to end the relationship with the supermodel Bella.

Furthermore, Bella also was in a relationship with Duke Conrad from November 2011 to May 2012. Before she gained the immense fame she has today, Bella also dated Matthew Morton, the son of Hard Rock Cafe co-founder Peter Morton. They were together from August 2014 till February 2015. Additionally, Bella also got together with NFL player, Odell Beckham Jr. in November 2016. At that time, Bella had recently broken up with The Weeknd.

Moreover, she also dated the Australian model, Jordan Barrett. The pair dated from June to September in the year 2017. Jordan Kale Barrett is a model born on December 2, 1996, and he is an Australian fashion model. In December 2016, Models.com selected him “Model of the Year”.

Bella was seen with fellow supermodel Stella Maxwell at LOVE Magazine bash party in the year 2015. The eye-catching duo was at the corner table and was spotted locking lips and kissing passionately. They “only had eyes for each other” at the event which was held at London’s Loulou’s. However, the insider acknowledged the pair of supermodels had got away with the scandalous incident due to their lower levels of fame during that time. The insider added. “Bella wasn’t the star she is now. She’s likely to be far more discreet now.”

Furthermore, there were also rumors that Bella and boxing heavyweight world champion, Anthony Joshua are getting pretty friendly and flirting with each other. The pair had a whole load of chemistry when they first met at the GQ awards in London in the year 2016, but in 2017, they were both single. They had reportedly been showing each other a lot of love on social media.

Additionally, there were rumors that Bella linked up with NBA player Jordan Clarkson in January 2018. Bella later commented on the rumors but didn’t pinpoint that the pair were never together. This suggested that Bella and Jordan might have actually got together for some time.

Aside from dating rumors, Bella was also arrested and charged with a DUI on 22 July 2014. They suspended her driver’s license for one year and also gave her six months of probation. Hadid also needed to perform 25 hours of community service and attend 20 hours of Alcoholics Anonymous meetings following this incident.

Bella Hadid was born on 9 October 1996 in Washington, D.C. and she was raised in Beverly Hills, California. Her parents are Mohamed Hadidm a real-estate developer and Yolanda Hadid (née van den Herik), a former model. Her mother is Dutch, and her father is Palestinian. From her father’s side, Bella has the ancestry of Daher Al Omer, Prince of Nazareth and the Sheik of Galilee. Moreover, Bella’s full name is Isabella Khair Hadid and she is currently 23 years old.

Similarly, Bella has two siblings. They are an older sister named Gigi, who is also a model, and a younger brother named Anwar. She also has two older half-sisters namely Marielle and Alana. They are from her father’s side. Furthermore, Bella and her siblings originally grew up on a ranch in Santa Barbara, California for ten years.

As a teenager, Hadid was an equestrian and dreamed of competing at the 2016 Rio Olympics. Later, she competed in equitation, however, it was not an Olympic discipline. Later in the year 2012, Bella along with her mother and brother were diagnosed with chronic Lyme disease. 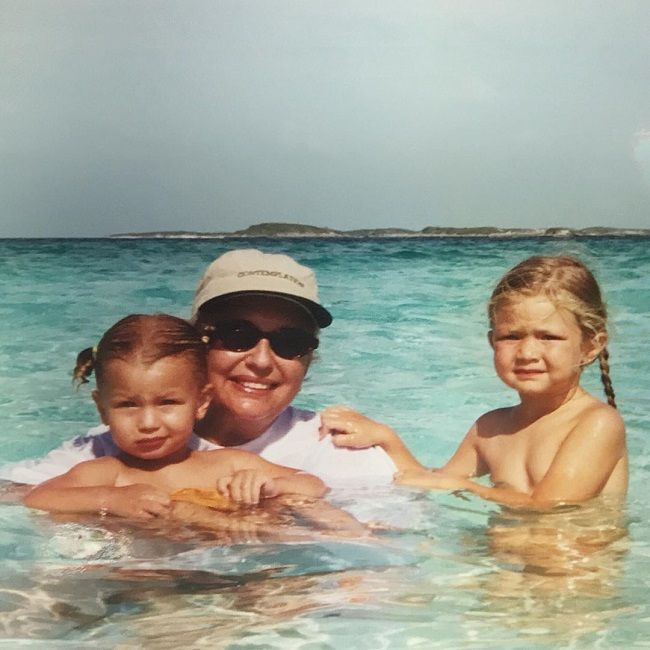 Caption: Bella Hadid with her granny and sister in a childhood photo. Source: Instagram

Furthermore, in the fall of 2014, Bella moved to New York City to study photography at the Parsons School of Design. She signed to IMG shortly beforehand. She has since dropped out of school due to the success of her modeling career but has expressed interest in returning to school to take on fashion photography as a career once she is done modeling. Bella has also expressed interest in acting.

Bella Hadid started off her modeling career with a Flynn Skye commercial project at the young age of 16. Soon after, Bella featured in other projects like the Swan Sittings by Lesa Amoore and Smoking Hot by Holly Copeland. She also campaigned for Chrome Hearts in the years 2013 and 2014. Bella later signed with IMG Models in August 2014 and made her New York Fashion Week debut the same year. She walked for Desigual for her debut show. Bella also walked for Tom Ford in Los Angeles for the spring fashion weeks of 2015.

Furthermore, Bella has walked for several other renowned personalities in the fashion industry like Diane von Fürstenberg, Tommy Hilfiger, Jeremy Scott, and Marc Jacobs. She also became a model for Balmain at the Paris Fashion Week. She started working with Chanel and made her debut in December 2015. Bella also walked in the brand’s Métiers d’Art show in Rome for the first time.

Moving on, Bella made her first cover appearance on Jalouse Magazine in December of 2014. She then continued to appear on covers of several magazines like Unconditional Magazine, Grey Magazine, V Magazine, Evening Standard, Teen Vogue, and Twin Magazine among others. 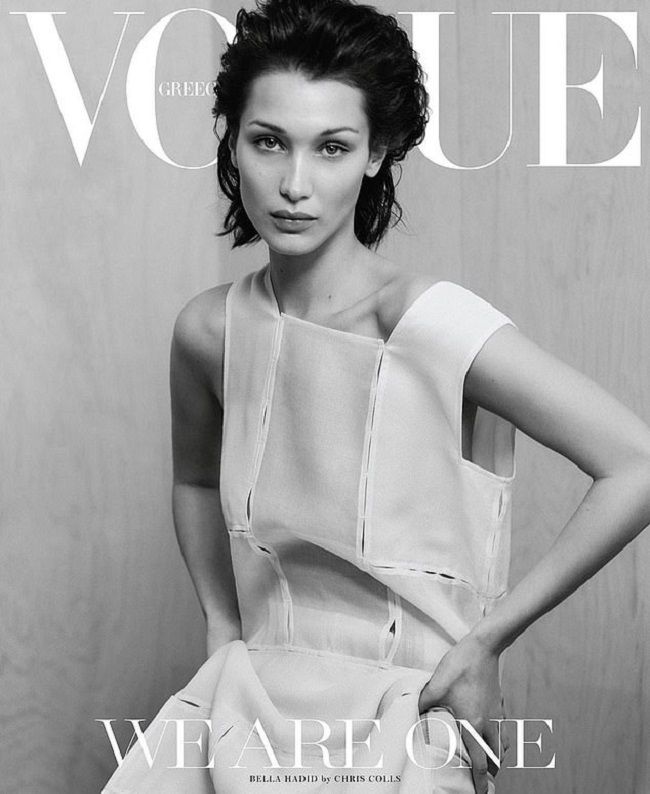 As a supermodel, Bella Hadid stands tall at a height of 5 feet 9 inches and a weight of approximately 53 kgs. Moreover, her chest-waist-hip measurements are 34-24-35 inches and her bra size is 32A. Likewise, Bella wears a shoe size of 7.5/8 according to US standards. Additionally, her hair color is brown and her eyes are blue-green in color.

Bella is socially active on various media platforms. She joined Twitter in July 2010 and has over 1.1 million followers at present. She goes by the username @bellahadid on Twitter. Moreover, she also has an Instagram handle with username @bellahadid with over 31.4 million followers and 2,437 posts as of March 2020. On Instagram, Bella mostly shares updates about her professional life and career and also occasionally share about her family and personal life.