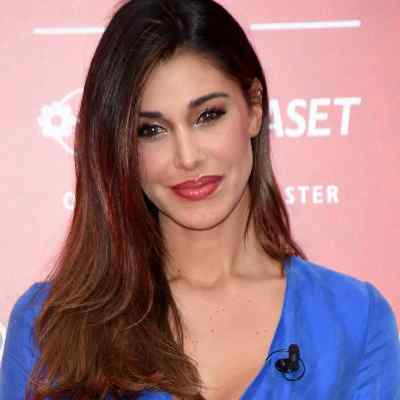 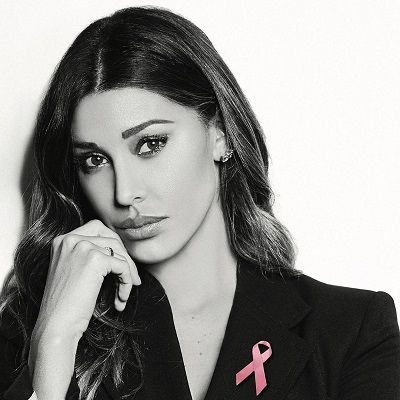 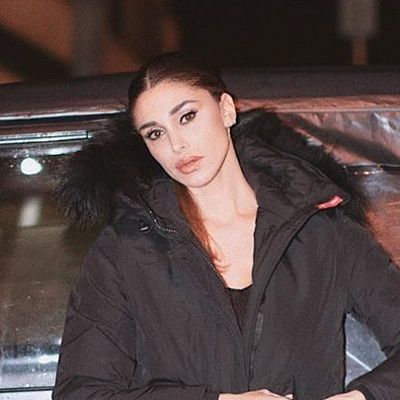 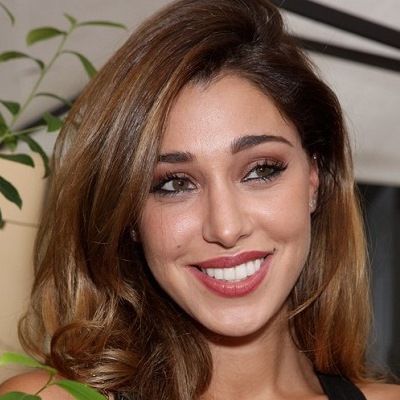 Belén Rodríguez is an Argentine-Italian model, television presenter, actor, singer, and businesswoman. Belén Rodríguez has modeled for a number of international brands and prestigious magazines. But it was her appearance on ‘Playboy Italia’, which gave her notoriety and established her as a sex symbol.

Belen Rodriguez was born on 20 September 1984 in Buenos Aires, Argentina with birth name María Belén Rodríguez Cozzani. She is currently 36 years old and she is the first child of Gustavo Rodríguez and Veronica Cozzani de Rodríguez followed by a younger brother, Jeremías, and sister Cecilia. She spent her childhood in Buenos Aires, but the family moved to Pilar when she was 10. Moreover, both her siblings are engaged in media life: Jeremias through Italia show business and Cecilia as a model. 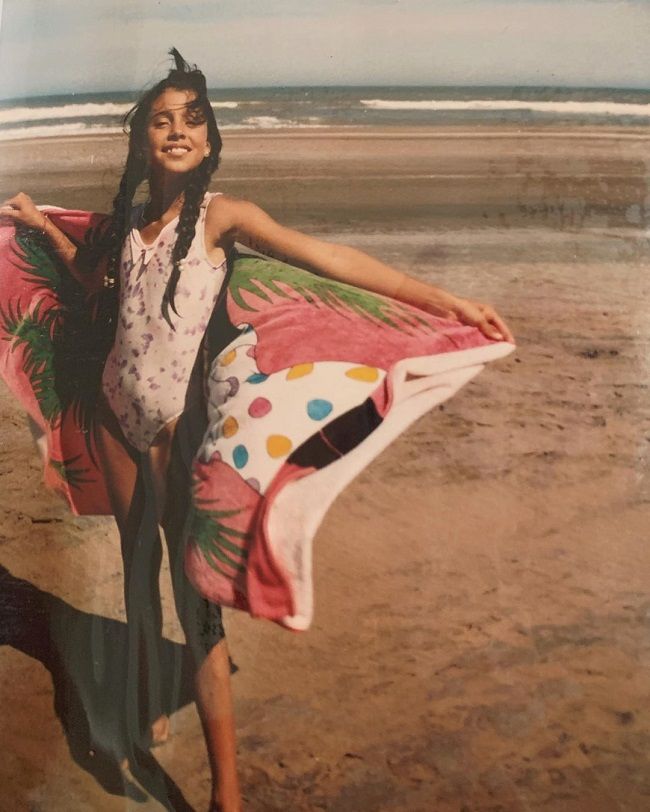 Details about Belen’s educational background is still unrevealed. Yet it has been reported that she completed her high school graduation in 2001. She later enrolled in the Faculty of Communication Sciences at the University of Buenos Aires; but, she dropped out to focus on her modeling career.

Belen’s modeling career started at the young age of 17 while she was still in high school. She was part of a number of fashion campaigns for ‘Miss Sixty‘, ‘Taglia 42′, ‘Cotonello’, ‘Pin-Up‘ and ‘Yamamayo’. Later in 2007, she collaborated with TIM by featuring on its television commercials as Donna Dei Sogni, which translates to Dream Woman. Elisabetta Canalis and Christian De Sica were her co-stars for this.

Moreover, Rodríguez posed in Italy for Playboy in summer 2009 and several nude calendars for which she is considered as a sex symbol of the 2000s and 2010s. In 2013, she became a fashion designer, collaborating with stylist Fabio Castelli for the clothing line ‘Imperfect’ to which with her sister Cecilia, Belen presented its third fashion line. Apart from this, she has been the face of the jewelry firm ‘2Jewels’ and the technology firm ‘Linkdem’.

Earlier in 2005, Belen made headlines for baring all for the Vuemme Calendar 2006. In the following years, she did racy photoshoots for many calendars including De Nardi Calendar, Fer Calendar, Maxim Calendar, and TIM glamour calendar. Additionally, Belen traveled to Florence, Rome, and Naples to participate in fashion shows for brands like John Richmond, Pitti, Vanitas, Jadea, and Trendy Too in the year 2008. In the following years, she collaborated with Cotril, the hair and beauty salon chain, and intimate wear brand Jadea.

Alongside being a successful model, Belen has also reached a height of success in her career as a TV person. In 2006 Belén Rodríguez debuted on television as a guest on TeleBoari. She appeared in several shows as guests whereas even worked as a co-host on popular tv shows like ‘La tintoria’, ‘Tú sí que vales’,  ‘Italia’s Got Talent’, ‘Circo Massimo Show’ and more so.

Belen modeled at the 2018 Milan Fashion Week, for the Swarovski line, Jadea’s new line, and  Me Fui’s spring–summer 2018 line. Similarly, she modeled and endorsed Comme Des Fkdown, RaNpollo, Hanny Deep, Gaëlle Paris, and Pyrex from May to July 2018. Again she worked with Guess? and model Stefano Sala in Cefalù, Sicily.

Her career life doesn’t limit here. She has even stepped foot on singing and acting professions. She debuted as a singer with the song ‘Dai muovi muovi‘ in 2009. Under the stage name ‘Maria Belén‘, Belen released the single ‘Amarti è folle‘ for the soundtrack of the film ‘Non c’è due senza te‘ during the Sanremo Music Festival 2015.

Her journey as an actress started in 2010 with her debut movie ‘Natale in Sudafrica‘. Her acting career flourished as she played in movies like ‘Se sei così, ti dico sì’, ‘Non c’è 2 senza te’ and even appeared in television series like ‘Il commissario Montalbano‘

Apart from her modeling and acting career, she has even introduced two perfumes in 2011: Belén Rodríguez (Gold) and Belén Rodríguez (Eau de Parfum). In January 2014,  the Italian weekly magazine Il Mondo announced that she and Cecilia were organizing the Family Factor, a company to manage their family’s Italian business activities.

Likewise, Arnoldo Mondadori Editore issued Bella Belén, a photo-book, in early 2014. In June 2015, she started Ricci, a restaurant in Milan, with three partners. She even opened beauty salons for Cotril, an Italian company around that time. In which she is a spokesperson and business partner. In December 2017, her restaurant Ricci was closed and sold.

Additionally, she debuted on television in November 2006 on Tele Boario 1, Val Camonica’s local television station. In December 2008, she entered Lucio Presta’s Arcobaleno Tre agency. She co-hosted (with Claudio Amendola and Teo Mammucari) the eleventh season of the prime-time variety show Scherzi a parte on Canale 5 during the winter of 2009,.

In February 2011, she co-hosted the Sanremo Music Festival 2011 with Elisabetta Canalis and Gianni Morandi. Similarly, she guest-starred on the 17th season of the talent show Amici di Maria De Filippi with Maradona in April 2018, and with Michelle Hunziker in May.  During the 2018 FIFA World Cup, she appeared on the sports talk show Balalaika – Dalla Russia col pallone.

Belén Rodríguez has delivered an excellent performance as a TV host. In this regard, she won the Premio Regia Televisiva award in 2011. Similarly, in the year 2012, Friends of the Opera Academy declared her as ” Woman of the Year”. Her achievements continue as she also won the Galà Della Pubblicità award for her advertising work in 2014.

Italian-Argentine showgirl Rodriguez has stepped foot on various career platforms. She has worked as a TV host, actress, model, and even singer. All her career choices have been favorable to her and brought her both recognition and wealth. As for now, her estimated net worth is between $100,000 – $1M

At present, she is married to a handsome guy. She frequently shares photos with him but has never mentioned his name or tagged him. Looking through her photos, it seems that her present husband is very close with her son from her previous marriage. On 20 September 2019, Belen shared her wedding clip on Instagram wishing her love a happy anniversary. Unfortunately, their marriage date is not known to the public too.

From August 2004 to December 2008, Belén Rodríguez was in a relationship with A.C. Milan footballer Marco Borriello. Her next love connection was with Italian photographer Fabrizio Corona. Eventually, they broke when Belen met dancer Stefano de Martino, and they started dating. The couple got pregnant and welcomed their first child Santiago on 9 April 2013. The two got married in September 2013. But this couldn’t last a lifetime. Rodríguez and de Martino separated on 22 December 2015, and legally divorced on 24 January 2017. 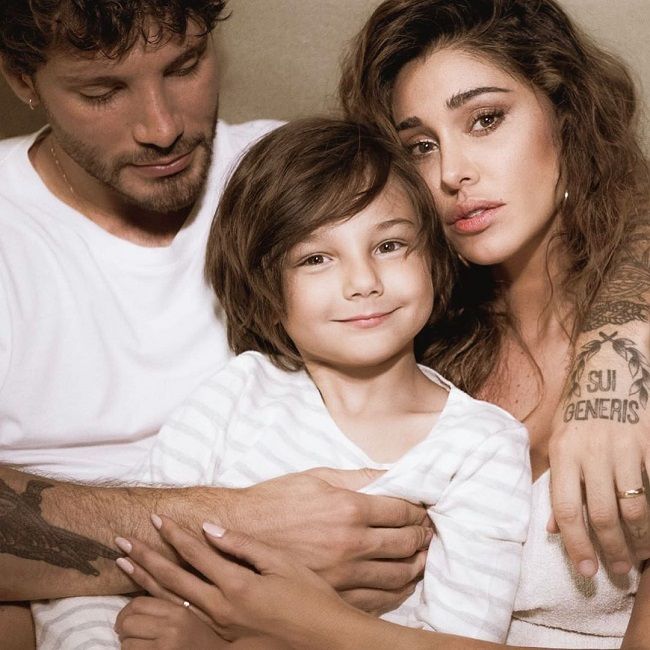 Many know Belen as a sex symbol since she has posed for nude calendars. But she is concerned about her photographs. Thus, in 2006, she filed a lawsuit against Google for indexing pornography websites that had used her image. Besides, there is other news circulating in the Italian media, which has published some pictures where Belen looks with a slightly more rounded abdomen than usual. This adds up to the doubt that she is pregnant with her second child.

As a model, Belen has maintained a very slim and attractive body structure. She has an average height of 5 feet 9 inches and weighs 55kg. Additionally, full body measurements are 36-25-35 inches with a bra size is 34C. Similarly, her shoe size and dress size measures 8 (US) and 6 (US) respectively.  Her other physical features include brown hair and Hazel eyes. 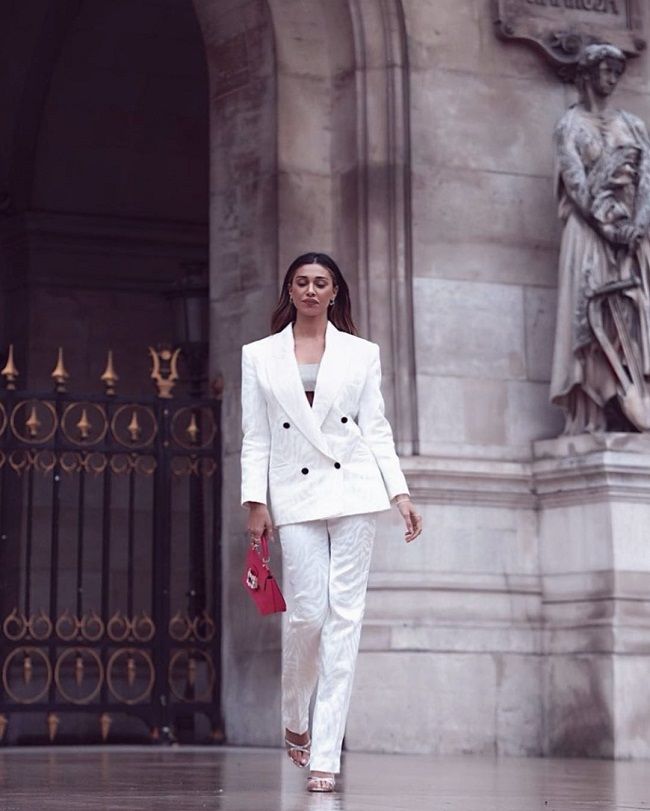 Belen is a media person. So, she actively connects with the public about her personal and professional life through various social media sites and has received a huge fan base. She is on Instagram as @belenrodriguezreal with 9.5 million followers, on Facebook as ‘Belen Rodriguez’ having 9.7 million followers, and on Twitter as María Belén with 10.6K followers.