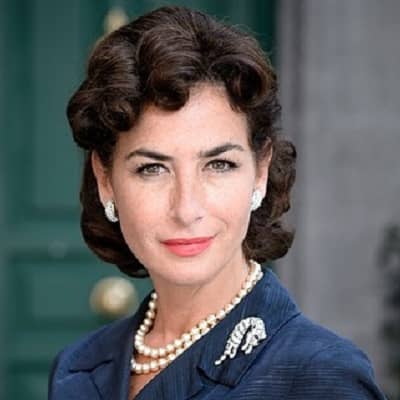 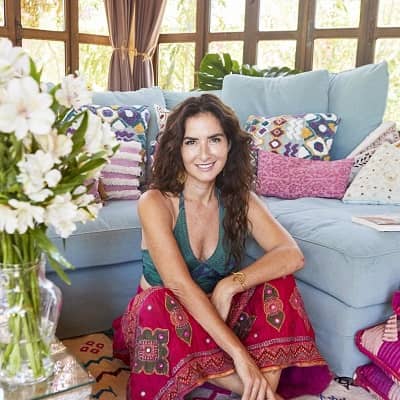 Belén López is a Spanish actress, who is popular for her presence in television series. Belén López was present on Motivos Personales as Maite Valcárcel in 2005, in Pelotas  between 2009–10 as Bea, and Luna, el misterio de Calenda in 2012, in which she currently plays the role of Carola.

The talented actress was born on Saturday, 28 March 1970, in Seville, Spain. Her age is 52 years old and her zodiac sign is Aries. Her parents passed away when she was in the 2nd year of her schooling. Likewise, she has an elder brother whose name is Txihi López. He is a painter, artist, and set designer. Moreover, she learned music, song, dance, acrobatics, and pantomime at Centro Andaluz de Teatro, Andalusia together with the Spanish actors, Paco León, Gabriel Chame, and Miguel Garrido. 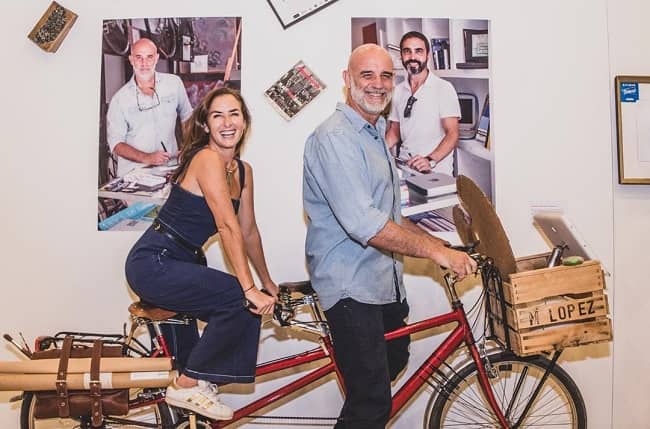 Starting about her career, López first learned acting at the now-defunct Centro Andaluz de Teatro (CAT), together with Paco León and Paz Vega. Even after her parent’s death, she resumed pursuing her interest and studies in music, song, dance, acrobatics, and pantomime when was still going through a very hard time. At the time of her studies, she got a chance to act as a small character in the television series “Plaza Alta”. From the small role, she started getting some popularity, and then she was given a major role together with José Luis Garcia Pérez in the new follow-up series “Castillos en el Aire”, situated on Plaza Alta. Later, she did a very minor role in Pilar Távora’s Yular in the year 1998.

Additionally, in 2001, López acted as Raquel Conde in the television series “Esencia de poder”. The following year, she did the role of Bárbara in the hospital drama series “Hospital Central”. Then, in the year 2003, she acted as Lorena in “Una nueva vida”. Between the years 2000 and 2006, she sang together with the actors, Guillermo Rayo and Manolo Caro in the team Rayo y los Trueno, later they also were recording together. Finally, López had her 1st leading role in a movie in the year 2006 in “La Distancia”. The film’s producer was Pepe Quero and she collaborated with Miguel Ángel Silvestre, Federico Luppi, and José Coronado. The film noir on boxing was achieved well and was displayed at the San Sebastian Film Festival.

Then, she went to Madrid and resumed working in television and feature movies. She became more famous after her character as Maite Valcárcel in the series Motivos Personales in 2005, in which she was also the winner of an award. She also achieved various awards and her character in Llévame a otro sitio was cherished. The actress has been showing her presence in a number of TV series such as RIS Cientifico (Telecinco), Pelotas (TVE), the biopic Hoy Quiero Confesar (Antena 3), and Luna, el misterio de Calenda (Antena 3) since then.

Belén López also was present in the movies “Ocho Citas” in 2008, whose director was Peris Romano, “Rodrigo Sorogoyen; Holmes & Watson. Madrid Days” in the year 2012, its director was José Luis Garci, and also “15 años y un dia” in 2013, whose director was Gracia Querejeta. Apart from her acting career, she likes reading books, dancing, and writing poems. Her most favorite book that she loves to read is “The Old Man and the Sea” by Ernest Hemingway. She likes Water Lily when it comes to flowers. Moreover, she is a dog lover and has 2 dogs, Gloria and Ronka. The actress is very fond of music and also knows how to play the guitar. 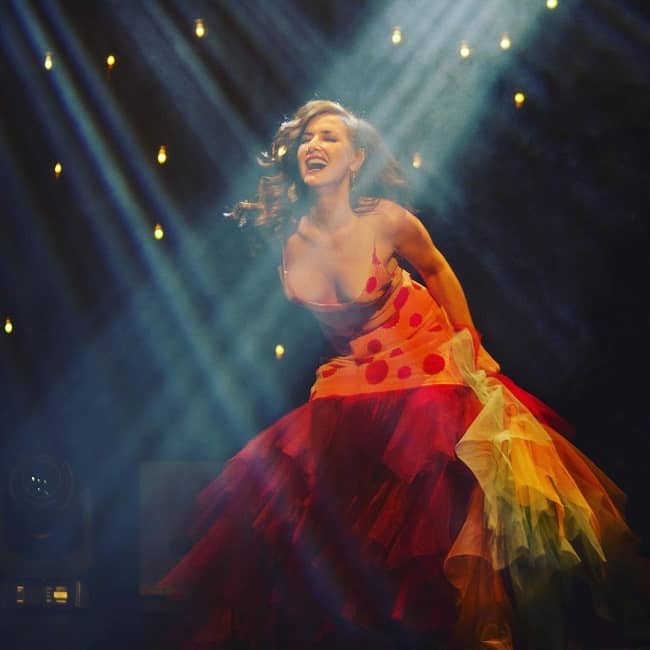 From all the hard works, the actress has done, she has achieved numerous awards and was often on the list of nominations. She is the winner of the AISGE Award for the film Take Me Somewhere Else in the year 2004. Then, in 2007, she was nominated thrice for the Newcomer Award for her act in The Distance (2006), in 2008 and 2001 for the award of the Spanish Actors Union for her television series for R.I.S. Científica (2007) for supporting actress and for lead performance for the teleserial, Pelotas (2009). Also, she was eventually nominated for Best New Actress at the Goya Awards.

The actress has been working very hard since she was young. She has an excellent net worth of around $14 million. Moreover, her primary income source is from her profession as an actress. She must have also worked together with various companies and brands as well. It is also obvious that Belén López is living a good and luxurious life. Her net worth is enough for her to clear her expenses. Further information regarding the assets she owns is not available.

Talking about the actress’s relationships and affairs. She was previously in a romantic relationship with the Spanish actor, Miguel Ángel Silvestre from the year 2005 to 2010. As of now, she is in a relationship with a musician whose name is Indigo Fernandez. There is no clear information regarding their first meet, and how it all starts, etc. She has been very secretive when it comes to her personal information. The beautiful actress has never engaged in any kind of controversies and scandals to the day. 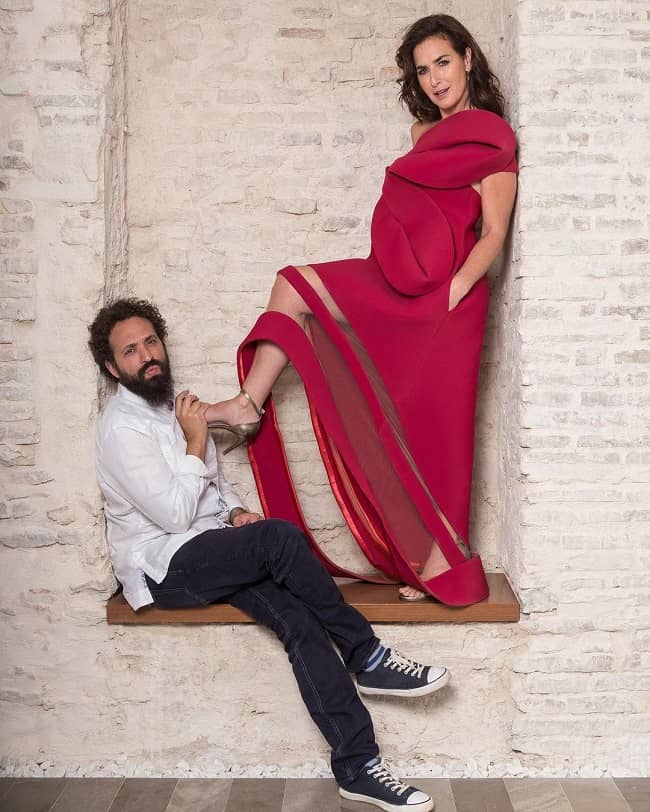 Regarding Belén’s physical appearance, she is 5 feet 7 inches tall. Moreover, she has brown eyes with brown hair. Further details regarding her body measurements, weight, dress size, and shoe sizes are still missing. Being an actress, she obviously has to take very good care of her skin, hair, and her health. The actress often goes to the gym and has a good diet. Moreover, she is a non-vegetarian with a fair complexion.

Coming to the social media part, like other celebrities, she is also active on social media platforms. She has an Instagram account with 87.4 K followers there and a Facebook page with 5 K followers. It looks like she is more popular on Instagram but is active on both platforms. Additionally, the actress’s social media account is full of her acting posts and her relaxing images. She seldom uploads any posts related to her private life. It means she is quite secretive. However, loves to interact with her fans and followers online.