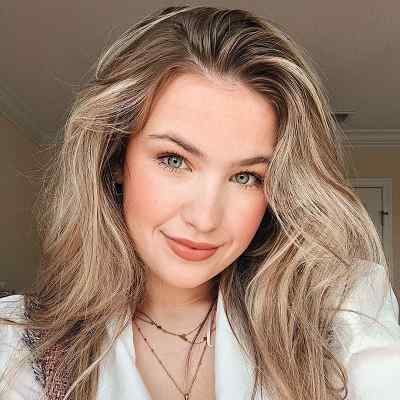 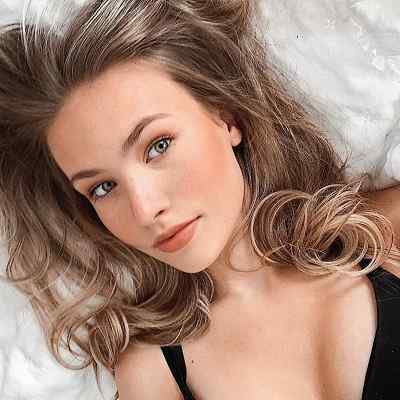 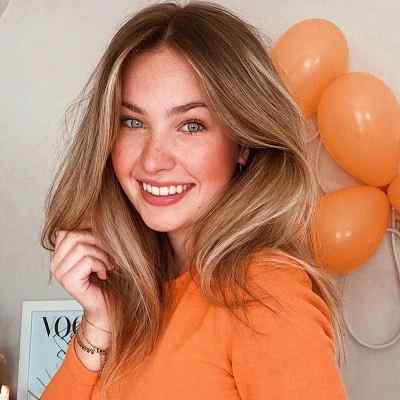 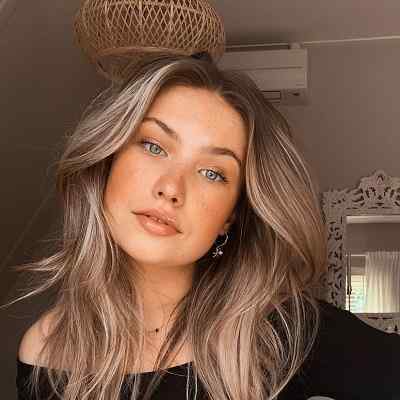 BeautyNezz is a Dutch beauty and fashion Youtuber who discusses the latest trends in beauty and fashion in both the Netherlands and America. BeautyNezz gained prominence for her content related to lifestyle and fashion. Likewise, she has been part of many charitable programs and has appeared on a number of TV shows as well.

BeautyNezz was born on October 17, 2002, in Apeldoorn, a city in the province of Gelderland, situated in the center of the Netherlands. Her astrological sign is Libra and she is 18 years old. She holds Dutch nationality. And her real name is Joy.

The name and information regarding Joy’s parents are not available at the moment. However, she has a brother with whom she grew up and his name is Dean. Moreover, Joy has not revealed her surname to date. Also, she has reportedly promised her parents that she would maintain privacy about her surname throughout her social-media career. Likewise, Joy divides her time between the Netherlands and Orlando, Florida.

Regarding Joy’s educational background and qualification, the name of the educational institutions she attended or is attending is not available until now. And considering her age, she must be attending high school or must have just graduated from high school and preparing for the university until and unless she is a dropout or decided to quit further studies. 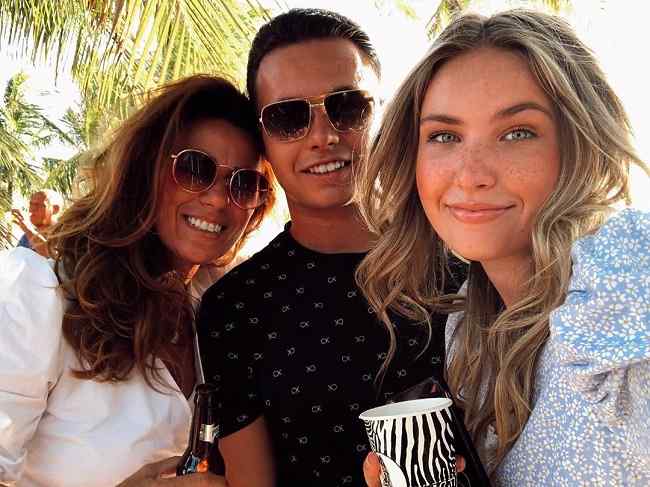 Caption: BeautyNezz along with her family members (Source: Instagram)

BeautyNezz started her social-media career at the tender age of 12. As she is a beauty enthusiast, she always dreamt of making a career in the related field. Then finally, Joy converted her passion into a full-time job with the launch of her YouTube channel, “BeautyNezz”. She created the channel on March 20, 2014, and has accumulated altogether 109,268,693 views until now. Joy mostly shares content related to beauty and fashion, but the channel also contains videos about her life. She has made many videos on the latest fashion trends as well. Likewise, she keeps her viewers and fans updated with new makeup launches. Joy provides honest reviews of new products.

The first-ever video posted on her Youtube channel is BeautyNezz Live Stream #1. She uploaded this video on January 17, 2015, and has garnered 176K views until now. It is a live stream video. Likewise, LIVESTREAM #2 MET MARLEEN ?JOY BEAUTYNEZZ ? and DE GROTE SCHOOLAGENDA TEST ?JOY BEAUTYNEZZ ? are the second and third videos posted on her channel respectively. And these videos have mustered 220K and 571K views to date respectively.

Moreover, the video that shows Joy interviewing the “AFC Ajax” football team coach Peter Bosz, has been widely watched as well. Peter Bosz is Joy’s uncle and he announced his appointment as the coach through her channel. Likewise, in March 2017, she ventured into a completely different field and began her stint as a presenter on the online platform “YoursToday.com”. 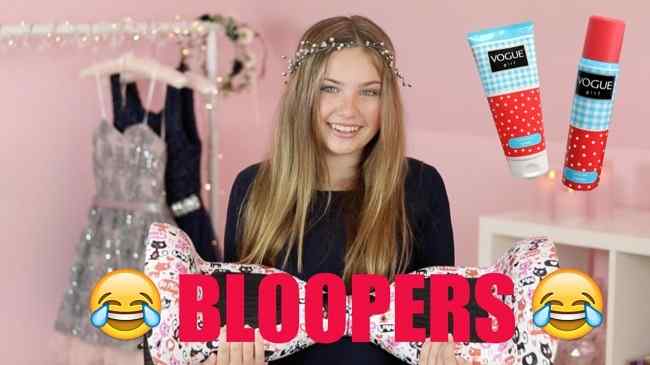 Further, her Instagram profile showcases a number of graceful photographs. And, she also owns her own blogging website where she shares her makeup favorites and product reviews.

Apart from being a beauty vlogger and Youtuber, Joy has been associated with a few TV projects, too. She along with the ‘Nickelodeon’ star Bart Boonstra, appeared on a show known as “Joy & Bart”. Likewise, this show basically featured backstage stories of various concerts and TV programs produced by the channel. Then, in November 2016, the weekly magazine “Tina” selected Joy as the guest editor-in-chief. And, the same year, she again appeared as a guest on the TV program “Zapplive”.

Moreover, Joy has reported live from the orange carpet of the “Nickelodeon Awards” in Los Angeles, where she interviewed celebrities such as Chris Evans from “Captain America” and the members of the band “DNCE”. And, her experience in Los Angeles was heavenly. Joy was treated like a celebrity, and the sponsors took very good care of her. Then, the following year, she appeared as one of the presenters at the “RTL Boulevard Award”. Further, Joy was part of the “Renault” advertising campaign “Drive & Surprise” as well. And, she was one of the 18 “YouTubers” who collaborated with the “Dutch Media Authority” to set up advertisement guidelines for YouTube.

BeautyNezz has been associated with a number of charitable projects as well. Joy has been the youth ambassador of the non-profit organization “Ronald McDonald House Charities” in Utrecht. She has done a social internship with the organization for a short period of time as well. She also regularly visits sick children and gives them a few moments of happiness. Likewise, through her videos, Joy often asks her fans to raise funds for sick children at the “Wilhelmina Children’s Hospital”. Moreover, she once traveled through the Netherlands by a special bus, along with a few established vloggers, to raise funds for the charitable organization “Glass House”.

BeautyNezz is possibly single at the moment. She seems to be more focused on her career and Youtuber rather than being in any kind of relationship. Or maybe she wants to keep her love life and private life away from the social media world. As Joy has kept her surname and family life private, she may have kept her love relationship private as well. Even focusing on Joy’s past relationships, no information is available until now. So, we can assume that she has never been in a relationship or has done a good job in keeping it a secret.

The body measurements of BeautyNezz such as her height, weight, chest size, waist size, hip size, bicep size, and any other sizes are not available at the moment. And all of those measurements of her are still under review. Likewise, Joy has brown hair and she has highlighted her hair in many different colors as well. Moreover, she has Greenish-grey eyes which are very beautiful. Also, Joy is very beautiful and attractive as well and also has a good personality. 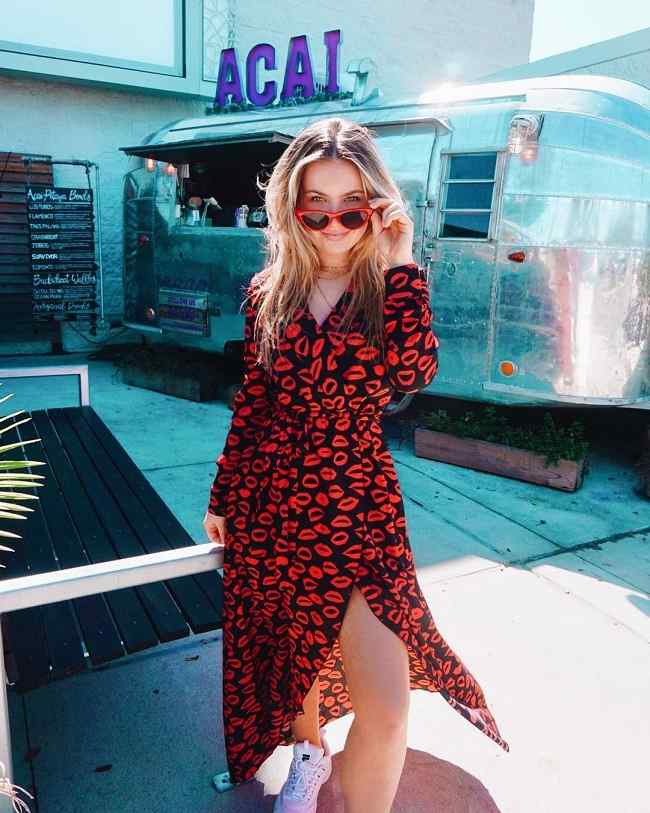 BeautyNezz is pretty active on all of her social accounts. She has garnered 594K subscribers on Youtube and 570K followers on Instagram. Talking about her earnings and income, her main income source is Youtube. Likewise, Joy has a net worth of $67K.