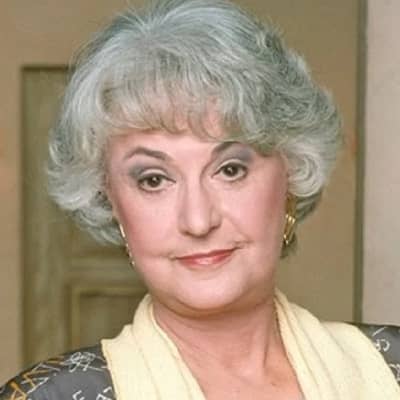 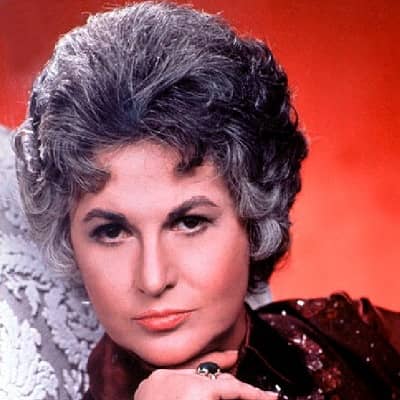 Bea Arthur was an actress, comedian, singer, and animal rights activist from the United States. Moreover, Bea Arthur began her acting career on stage in 1947. In addition, she was an Emmy and Tony Award-winning actress who starred in the television shows ‘Maude’ and ‘The Golden Girls.’

Bernice Frankel best known as Bea Arthur was born on 13th May 1922, in New York City, the United States of America. She holds American nationality. Moreover, she has a zodiac sign of Taurus and has a mixed ethnicity of Austrian-Polish-American.

She is the daughter of Philip Frankel(father) and  Rebecca Pressner (mother). Talking about her sibling she has two sisters whose names are unknown. Her parents moved to Cambridge, Maryland, during the Great Depression in the 1930s, where her parents founded a clothes store.

Regarding her academic career, she studied at ‘Linden Hall School for Girls,’ in Lititz, Pennsylvania, and graduated from there in 1941. She attended ‘Blackstone College for Girls,’ for two years. Later, she enrolled in the ‘Franklin Institute of Science and Arts,’ where she got a medical laboratory technician’s degree.

She involves in theatre in high school and wanted to be in the entertainment industry. She convinced her parents to let her study acting at New York City’s ‘Erwin Piscator’s Dramatic Workshop of The New School’ in 1947.

On 25th April 2009, she died of cancer in her home at Brentwood at the age of 86 years old. She gave $300,000 to the ‘Ali Forney Center,’ a homeless LGBT youth support group in New York. She had a long affiliation with PETA as an animal activist, and the organization recognized her by establishing the ‘Bea Arthur Dog Park’ in her honor.

Bea Arthur who volunteered and served in the ‘Marine Corps’ as a truck driver and typewriter during ‘World War II,’ was one of the first active-duty women in the ‘US Marine Corps.’ In September 1944, she awards an Honorable Discharge.

She was mocked for her tall stature and husky voice during her first stint as a lounge singer. Moreover, her large stature and husky voice, on the other hand, landed her main roles at Piscator’s workshop. On July 21, 1947, she made her Broadway debut as a member of the speaking chorus in ‘The Dog Beneath the Skin’ at the ‘Cherry Lane Theatre.’

She gained tremendous acclaim for her role as ‘Lucy Brown’ in the 1954 off-Broadway production of Kurt Weill’s classic ‘The Threepenny Opera.’ The play lasted a long time and she received praise for both her singing and acting abilities.

Her debut Broadway comedy, ‘Nature’s Way,’ aired on October 16, 1957, at the ‘Coronet Theatre.’ She was cast in a minor role, but her performance surprised critics. Her next role was as a dominating brothel madam in the stage adaptation of James Joyce’s classic novel ‘Ulysses,’ which premiered on June 5, 1958, at the off-Broadway ‘Rooftop Theatre.’

She took a break from theater productions soon after, returning on September 22, 1964, to play ‘Yente the Matchmaker,’ in the musical ‘Fiddler in the Roof.’ Her most well-known stage performance came in 1966 when she played ‘Vera Charles,’ in the critically acclaimed musical ‘Mame.’

Bea Arthur, who had previously appeared in minor roles on different television shows and was a regular on ‘Caesar’s Hour,’ made her major film debut in 1959 in ‘That Kind of Woman,’ starring Sophia Loren. Norman Lear, a fan of Bea Arthur’s early theatrical performances, requested her to appear as a guest star on the television show ‘All in the Family,’ which she did from 1971 to 1972.

Her portrayal of an outspoken liberal feminist called ‘Maude Findlay’ in ‘All in the Family,’ was so successful that CBS launched her show based on the same character. The series, titled ‘Maude,’ became a hit and ran for six seasons from 1972 until 1978.

She reprised her part in the film adaptation of ‘Mame,’ directed by her husband, in 1974. Moreover, she played the lead in several films, including ‘For Better or Worse’ (1995) and ‘Lovers and Other Strangers,’ (1970). She made an appearance in the ‘Star Wars Holiday Special’ in 1978, performing the song and dance routines.

In addition, she hosted ‘The Beatrice Arthur Special’ in 1980. She starred in the sitcom ‘Amanda’s’ in 1983. She was cast as ‘Dorothy Zbornak,’ in the 1985 television series ‘The Golden Girls,’ which followed four older women who share a home in Miami, Florida. It was one of the first TV shows to include a major cast of more than 40 characters.

In 1966, he received the Tony Award for Best Featured Actress in a Musical for her role as Vera Charles in Jerry Herman’s musical Mame in the original Broadway production. She won the Pop Culture award at the Sixth Annual TV Land Awards on June 8, 2008. She accepted the award with McClanahan and White in one of her final public appearances. 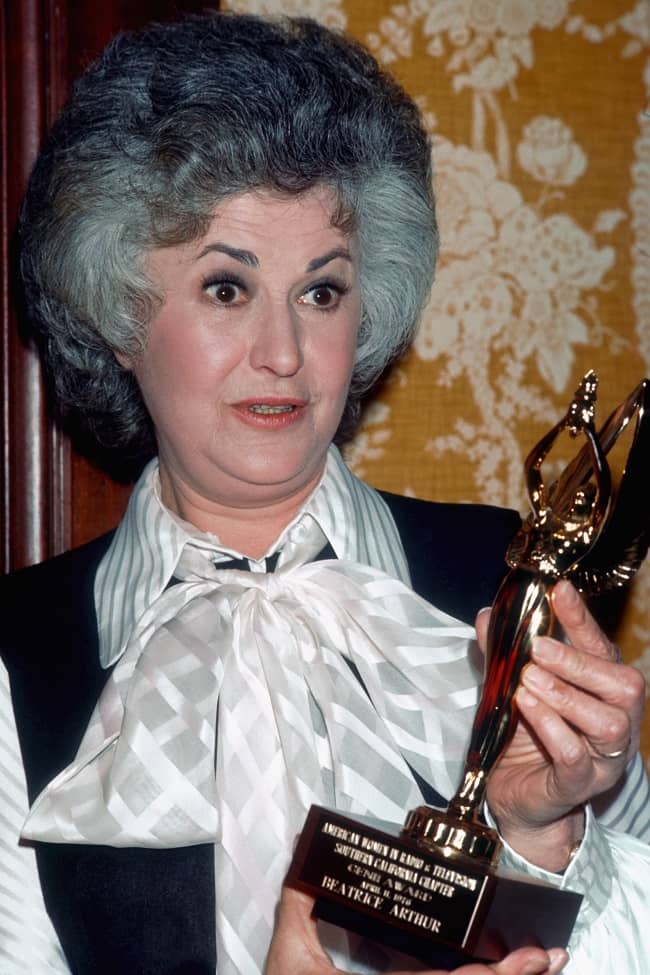 Being a popular American actress and singer, she has earned a huge sum of money in her career. Moreover, at the time of her death, her net worth estimates around $25 million.

Regarding her personal life, she married twice in her life. Firstly, she married Robert Alan Aurthur in1947. After three years of marital relationship, the couple divorced in 1950, but Bea kept his surname. She married Gene Saks who is a fellow student at the ‘Dramatic Workshop,’ on May 28, 1950, after meeting him in 1949. 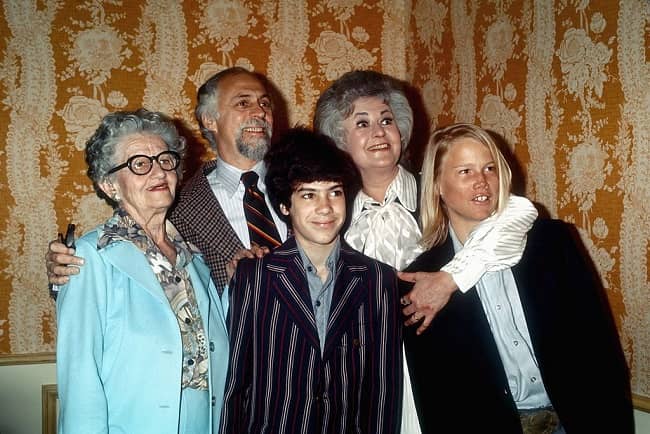 Till the time of her death, she was not involved in controversy or rumors.

This actress stands 5 feet 10 inches and weighs around 65 kg. Moreover, this old woman has dark brown eyes with grey hair color and there is no other information regarding other body measurements. 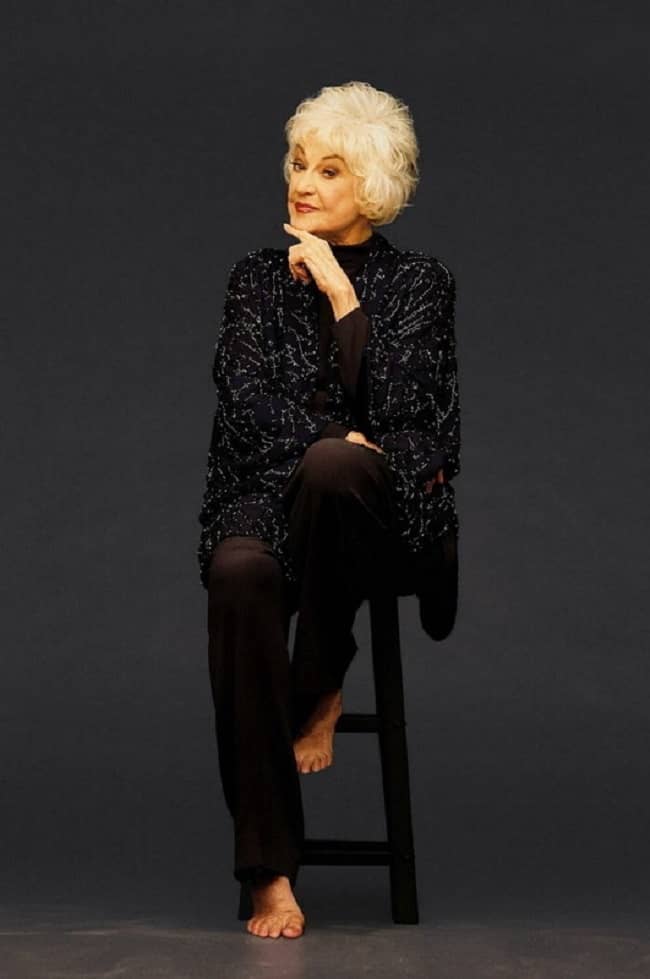