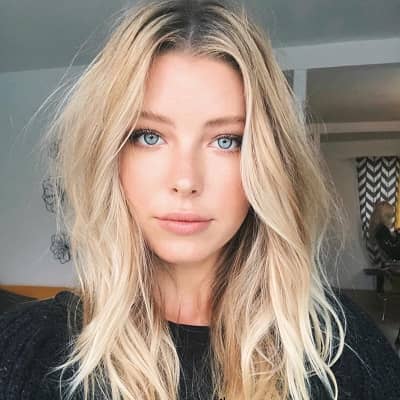 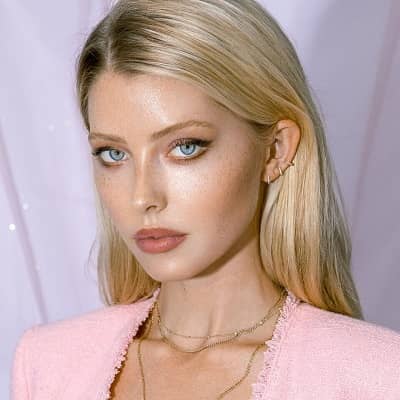 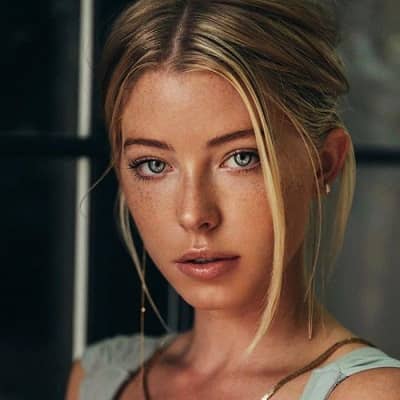 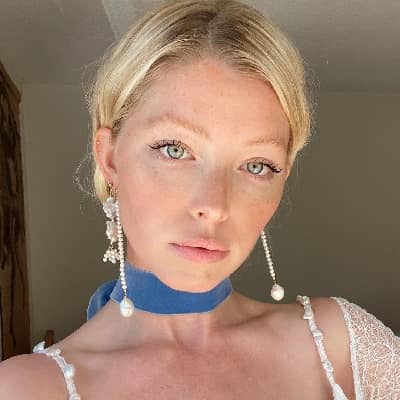 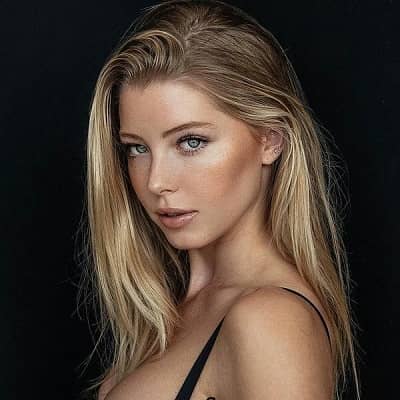 Baskin Champion is an American model and internet sensation. Baskin Champion won the ‘Miss Alabama Teen USA’ title in 2014 and has earned representation by Wilhelmina Models.

Baskin Champion came to this world on July 1, 1995. Her full name is Sarah Baskin Champion. She originally hails from Birmingham, Alabama, USA. Presently, her age is 27 years old and her birth sign is Cancer. Her parents are Greg Champion and Laura Champion. Her father was a doctor and a graduate of the University of Alabama whereas her mother is an engineer.

Likewise, she has two brothers named Josh and Luke, and a sister named Abby, who is also a model. Further, she is of English, French, and German descent. Baskin attended school in her hometown and entered Auburn University to pursue an Apparel Design course. 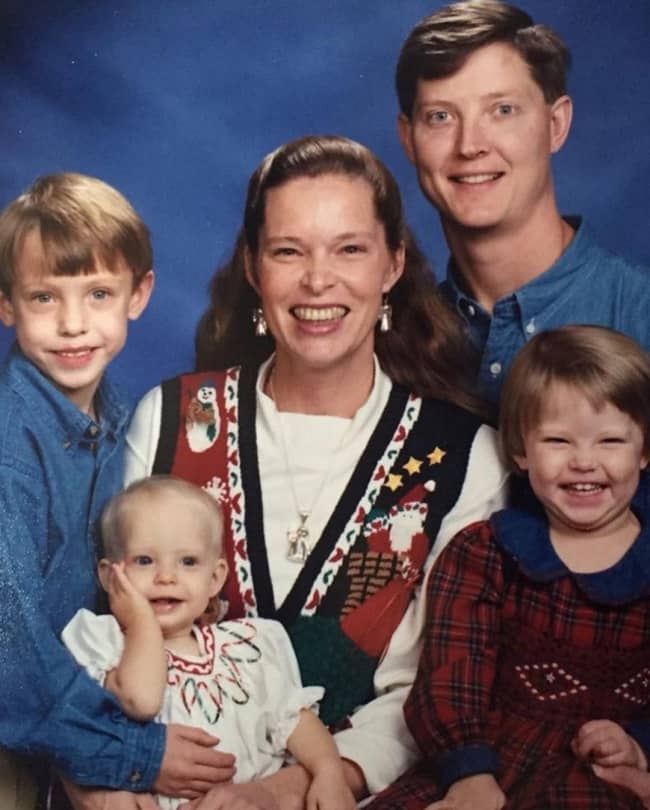 And, while in college, she was part of the Phi Mu sorority. However, she took a break from her studies after her sophomore year to intern in Los Angeles as a full-time model. Moreover, stating that

“most female models work during the ages of 16 to 24”, she mentioned that she could not just pass the opportunity.

Baskin is an adventurous person. Therefore, she climbed to the summit of Mount Kilimanjaro to celebrate her 17th birthday. Also, she enjoys surfing. Baskin has a pet dog named Charlie Champion. Her pet dog has its own Instagram profile. Further, she is also a football fan and supports Alabama.

Baskin began her modeling career when she was in eighth grade. Therefore, she started off her career by representing ‘Soca Clothing Boutiques’ during Birmingham Fashion Week in her hometown in 2012. There, she was named top 15 in the Fresh Face competition. In the year 2014, she has crowned ‘Miss Alabama Teen USA’.

Baskin also appeared in many local and national print ad campaigns and walked the runway for notable designers like Show Me Your Mumu, Tibi New York, and Lulu Lemon. And, after two years, she was named ‘Miss Photogenic’ in the ‘Miss Teen USA’ pageant.

And, following that, she mentioned in an interview that she had already reached a number of her goals, including moving to New York and Los Angeles and modeling for bigger companies like Hollister and Frankies Bikinis. Baskin previously traveled from New York to Miami to take modeling assignments from Wilhelmina Models.

Likewise, following her sophomore year at college, she and her sister relocated to Los Angeles to pursue modeling full-time. And, along with her sister, she participated in a ‘Sports Illustrated’ casting call for its 2018 swimsuit edition. Additionally, she has done catalog or e-commerce work for Victoria’s Secret but has not walked the Victoria’s Secret Fashion Show.

Moreover, she has done modeling and endorsement work for various popular brands like Hollister, Frankies Bikinis, Show Me Your Mumu, Adina’s Jewels, Tillys, and Chick-fil-A. Likewise, she became an internet sensation after she was spotted with Justin Bieber while leaving the Craig David concert at the Roxy in Los Angeles in 2018. 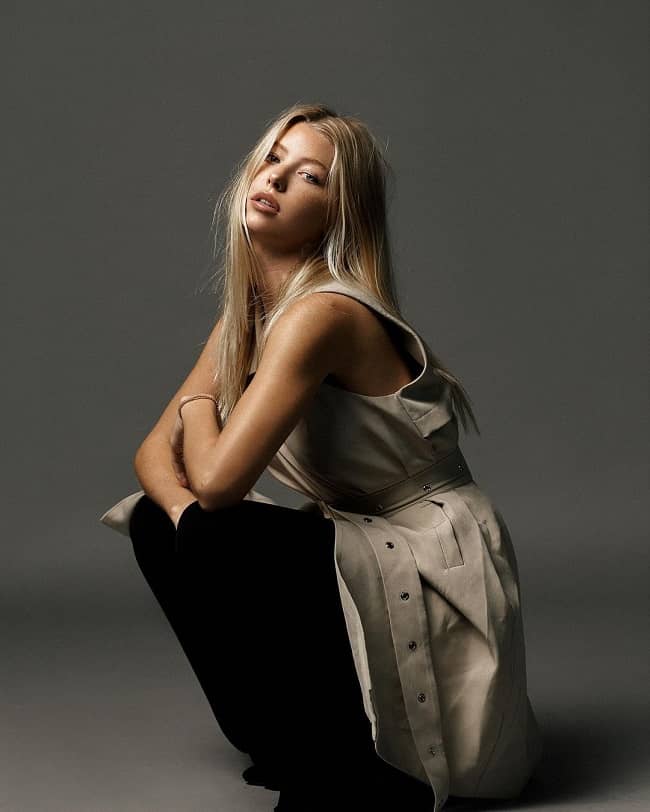 The well-known personality is also famous for his brand endorsement activities. He has endorsed or promoted brands like Hollister, Frankies Bikinis, Show Me Your Mumu, Adina’s Jewels, Tillys and Chick-fil-A.

This model might have earned good fortune from her professional modeling career. Therefore, as of 2021, her net worth is $0.5 million.

Baskin briefly dated famous Canadian singer Justin Bieber in 2018. The two met through model and actor Patrick Schwarzenegger, who is dating Baskin’s sister Abby. Therefore, they were all present at the premiere of Schwarzenegger’s upcoming movie, ‘Midnight Sun’, one week before the two were spotted together.

Further, according to a report on ‘E! News’, Bieber has been hanging out with her for a time and they went to his house that night, leaving the rest of his friends. Therefore, the source also claimed that they spent time together many times in the last few weeks, visiting multiple clubs.

Moreover, the timing of all these has been particularly interesting because, at the time, Bieber and his on-and-off girlfriend Selena Gomez had decided to take time off each other. Despite stating that Bieber seems to enjoy Baskin’s company. However, the source also mentioned that it would not be fair to say that they were dating as he only wanted to be seriously involved with Gomez.

‘Gossip Cop’ reported that Baskin had been in a relationship and had only deleted the picture of his boyfriend from her Instagram account after she started to get unprecedented media attention. Therefore, the report was based on comments from her fans, and the identity of her boyfriend has not been revealed.

Further, according to cosmopolitan.com, her night out with Bieber was a carefully staged act orchestrated by Biber in order to make Selena Gomez jealous. Also, sources point out that Bieber had been manipulative like this a number of times before.

And, also deliberately wanted to ruin the fun time Selena was having with female friends in the sun in Australia. Nevertheless, Baskin’s Instagram posts have already been spammed with hate comments and snake emojis by ‘Jelena’ fans who want Baskin to stay away from Justin and Selena.

This beautiful model is 5 feet 8 inches tall. And, she weighs around 53 kilos. She has a gorgeous pair of green eyes and blonde hair color. Baskin has a toned figure measuring 34-24-35 inches including chest-waist-hip respectively.

Additionally, her dress size is 2 (US) or 32 (EU), and her shoe size is 8 (US) or 39 (EU). Baskin is very focused on her fitness regime which helps her maintain her enviable figure. 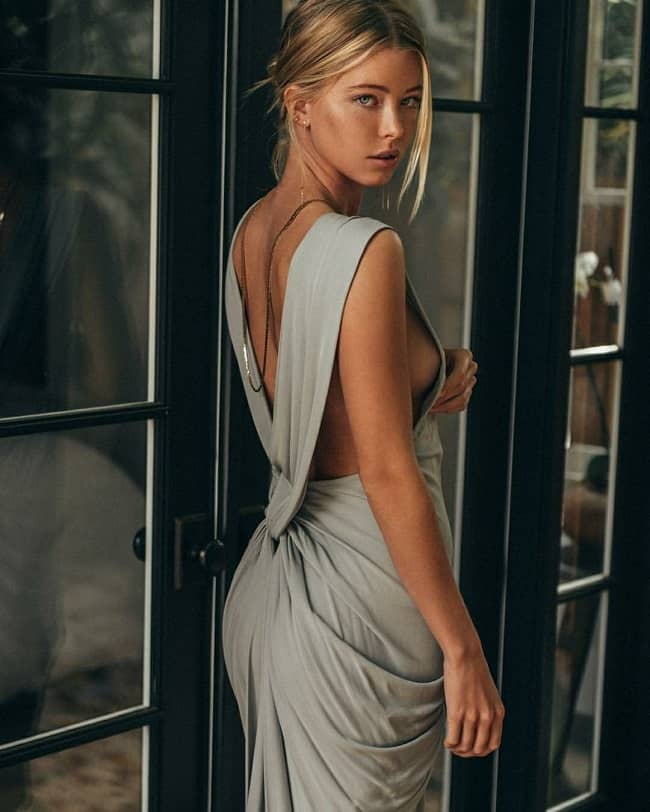