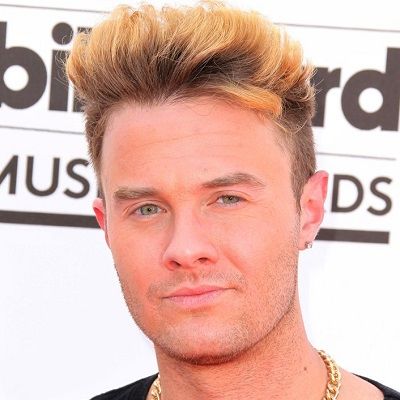 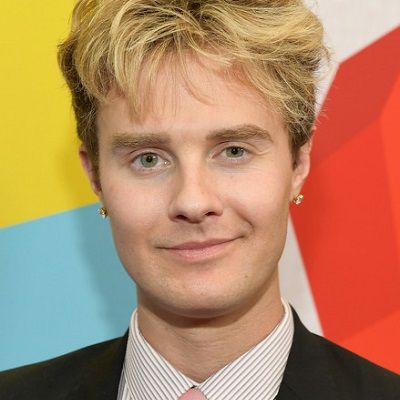 Bart Baker is an American entertainer and web-based comedian. Bart Baker is also a video producer, singer, rapper, and former parody artist on Youtube. He is best known for making parody videos of notable songs and sharing them on his self-titled channel. Billboard describes him as one of the most prolific makers of music parodies.

Bart Baker was born on 5 May 1986 and he turns 34 years old as of 2020. His full name is Bartholomew Baker and his birthplace is Chicago, Illinois. He is also known as Lil Kloroxxx, Master of Parodies, and King of Music Video Parodies among other names. He grew up with Austin Smith in Winnetka, Illinois and he often appears on his videos.

His father’s name is Walter Baker and his mother is Janet Baker. Other than these, there is no more information available on his siblings and family. Talking about his education, he graduated from the University of Miami with a double major in Film/Video and Art. Prior to this, he completed high school from New Trier High School. 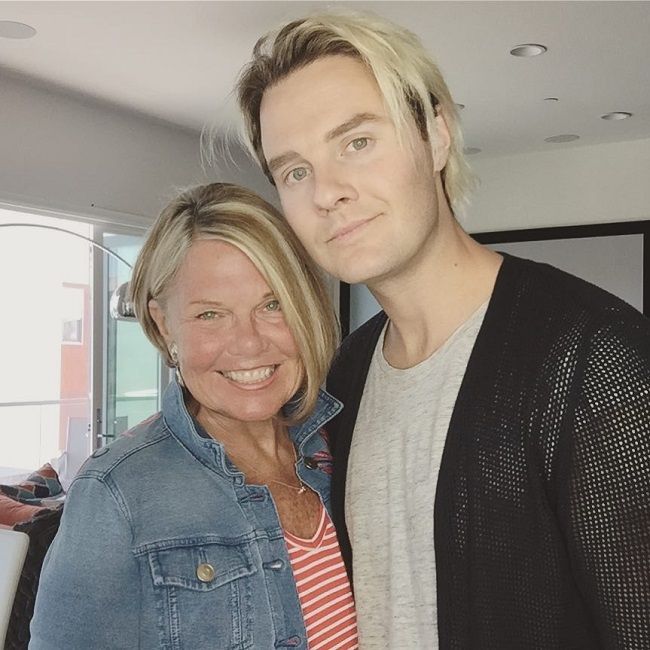 Bart Baker is an entertainer and web-based comedian. The multi-talented personality is also a video producer, singer, rapper, and former parody artist. He is mostly popular for making parody videos of notable songs, which he shared on his YouTube channel. Moreover, Billboard described he as one of the most prolific makers of music parodies.

Besides being a YouTuber where he has more than 10 million subscribers, Baker is also known for his short videos on Vine and also Live.ly. In these apps, he was once a top-earning broadcaster. Similarly, his videos have been described as “high-quality parodies that keep to the originals very well”.

This prompted him to decide on making more videos. Then his second video was a parody. Baker once said, “I figured that if I could do it right, my videos could do amazingly well… people want to subscribe to a channel they know has a certain programming structure. Mine is parody videos, and people love that”.

He worked with his friend, Austin Smith, from the channel’s launch until early 2011. In early 2011, the duo mutually decided to part ways. During his time with Smith, the duo was signed by RKShorts.com and also became their sponsor. While with RKShorts, he also gained popularity on YouTube when he began using old men in his videos.

He released the parodies of “Baby” & “Love the Way You Lie” during that year’s summer. These videos were major hits for his channel, especially for adolescent audiences. When he left RKShorts in 2011, he stopped using these old men. Not long after leaving RKShorts, he signed on with Maker Studios in Los Angeles and began recording with them.

Similarly, in 2013, Matt Pincus, CEO of Songs Music Publishing took down his parody of “Royals” by Lorde. He did so for alleged copyright infringement. Soon after that, he quickly posted a video accusing Songs Music of not understanding US laws governing fair use and encouraging fans to tweet about it. A few days later, Songs Music released their take-down and they restored the parody to Baker’s channel. 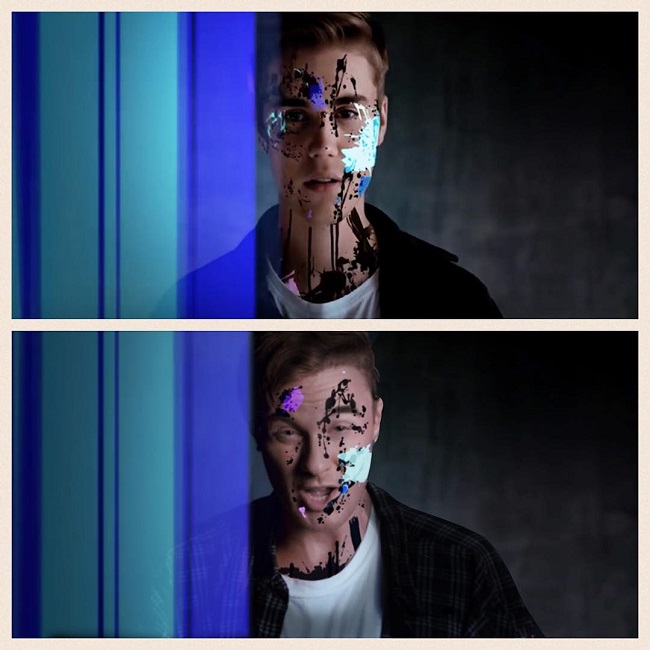 Caption: Bart Baker in one of his parody videos. Source: Instagram

As of 12 March 2018, he crossed over 10 million subscribers and 3 billion lifetime views on his YouTube channel. Similarly, since starting the channel in 2009, he has created over 100 parody videos that have featured guest stars like Joan Rivers and Pitbull.

Speaking about YouTube, he once said, “YouTube is honestly one of the only platforms that have proven it’s not going anywhere”. Then on 23 September 2016, it was announced that Baker would feature in a film titled FM. This film starred fellow internet personalities Jason Nash and Brandon Calvillo.

In the year 2016, he announced that he was running for President of the United States by setting up a large billboard in Times Square. In this billboard, he was dressed in American-flag boxer shorts. He further believed that his presidential candidacy would shed light on the nature of celebrity and how it has influenced the election cycle.

Crash the Super Bowl ad contest in 2008 that took place in the USA had an entry even from him. Even though his advertisement did not make it through the final round of selection, it got a pretty high rating. Bart is also very fond of cars and owns the blue BMW X5 that appeared on his Get Your Roll On parody.

Vice News reported that he shifted his career to the Chinese market after YouTube’s demonetization of several YouTubers to satisfy family-friendly advertisers. This report got public on 6 September 2019. He works on translating and singing Chinese songs on the social media app Kwai. He also sings English covers of Chinese songs that have gained a huge following on TikTok. Moreover, he moved to Shanghai to further develop his career as an internet content creator in China.

In November 2016, Bart released his first non-parody single, titled Drake. It is also the debut single from his first album, Celebritease. Music Choice, a multi-platform video and music network, served as the exclusive TV distribution partner for his single after their partnership.

The next month, he released Kimye as a single from the same album Celebritease. Then he released the album subsequently through his own record label alongside indie label 26 Music. It is a division of 26 Entertainment. His songs featured on the album are all named after celebrities except the final track and its title is #DWBD (Don’t Worry Bout Dat. Further, on 18 March 2017, his album peaked at number 4 on the Billboard Comedy Albums chart.

In the summer of 2018, he created an official rap persona known as Lil Kloroxxx. He released the video for his song, Popper, through the WorldStarHipHop YouTube channel on 21 July. He then went on to release two more songs nearly a month later titled 4 Xanny and Prom Queen.

Further, online sources accused Lil Kloroxxx of being fake and heavily spoofs off of SoundCloud rappers such as 6ix9ine and Lil Pump, but he himself has confirmed that this persona is real.

Tubular Labs named Bart’s I Knew You Were Trouble video as the Music Video Parody of the Year 2013. Tubular Labs is a YouTube analytics company. Then in 2014, they also named his parody of Problem Music Parody Video of the Year. Moreover, Carson Daly also showed a clip from his “Wrecking Ball” parody on his 2013 New Years’ Eve show on NBC.

Bart Baker has leveraged his large social media following to promote a variety of products and brands. He was also sponsored by RKShorts early in his career. Likewise, he is much more active in brand endorsements.

Moving on, Brat Baker’s net worth estimation is around $2 million. He mostly earns through his parody videos, songs, songwriting, films, TV appearances, and much more.

In a 2015 live stream podcast, Bart Baker discussed his involvement with “Fuck Cancer”. It is a nonprofit charity that is dedicated to early detection, prevention, and providing support to those affected by cancer It is also an online fundraiser where fans could participate and win an appearance in one of his videos. This was all while donating money to the cause. The disease has impacted people in his own life including his mother, who survived breast cancer when he was still a child.

Bart Baker is in a relationship with Shira Lazar. They have been together since 2014 and they have frequently collaborated together across social media. Then in 2017, the lovers bought a baby golden retriever and named him Bentley. Shira is also a Youtuber who loves traveling and adventure. She also very recently went up to the Everest Base Camp in Nepal.

Other than this, there is no information available regarding his past relationships and affairs. Baker has also maintained a good profile and stayed away from rumors, scandals, and controversies that might hamper his personal life and professional career. 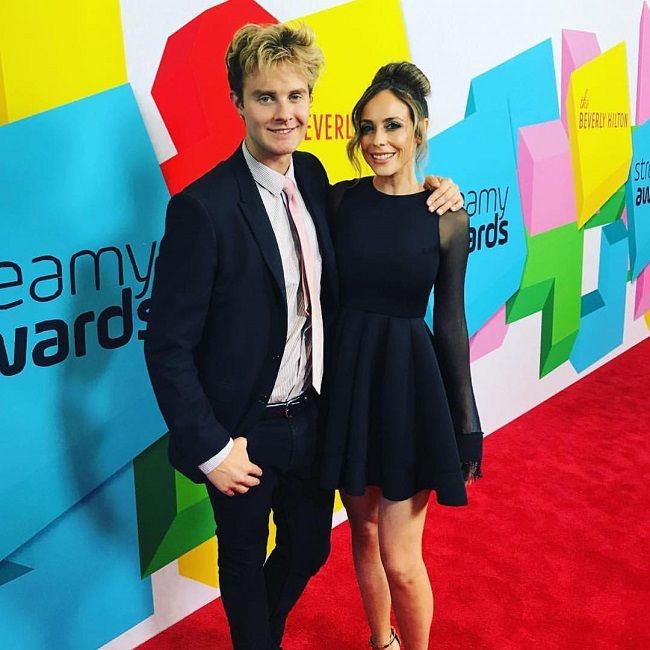 He stands at a height of 1.85 meters or 6 feet 1 inch. Similarly, his weight is approximately 75 kgs. Other than these, there is no information regarding his other body measurement details like chest-waist-hip, biceps, dress size, shoe size, etc. Moreover, he has light-brown hair and mesmerizing green-colored eyes.

Talking about his social media presence, Bart joined Twitter in April 2009 and has 1.1 million followers at present. Similarly, he has 1,379 posts shares and 789k followers on his Instagram handle as of August 2020. He also created his self-titled Youtube channel on 2 December 2006 and so far has earned 10 million subscribers as well as 3,161,404,898 views.

Further, he also has over 1 million followers on his official Facebook page. We can also contact him at [email protected] for any business queries and he has also clearly mentioned that any emails not related to business will be reported.