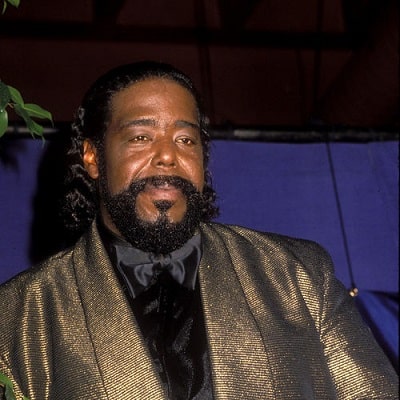 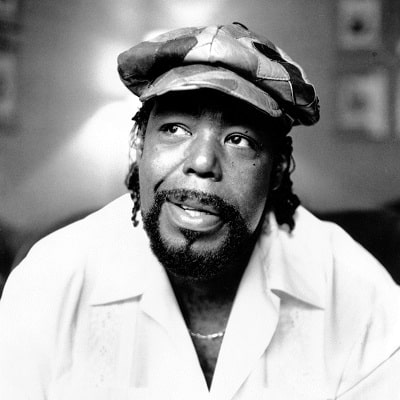 Barry Eugene Carter, popularly known by his stage name Barry White. Barry White was an American singer and songwriter who died on July 4, 2003. His greatest success as a solo vocalist was in the 1970s.

On September 12, 1944, in Galveston, Texas, the United States, White was given the name Barry Eugene Carter.  His mother’s name was Sadie Marie Carter and Melvin White was his father.

His mother gave him her last name because his parents were never married, but he eventually adopted his father’s surname. He was raised in South Central Los Angeles, California, in the Watts neighborhood.

Among two kids, he was the elder; his younger brother, Darryl, was 13 months younger. He learned to play the piano by copying the songs he heard on his mother’s classical music CDs as he was growing up. His nationality and ethnicity are American and African American respectively. 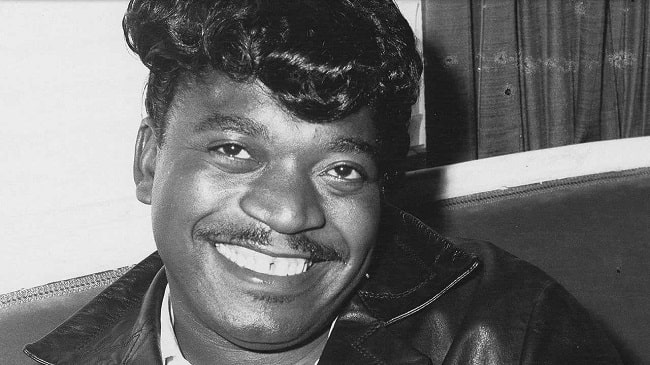 Caption: Barry White in his early life Source: The Guardian

The estimated net worth of American singer-songwriter Barry White was $20 million. He released popular songs like “Can’t Get Enough of Your Love, Babe” and “You’re the First, Last, My Everything,”. But he was arguably most recognized for his unusual bass voice and romantic demeanor.

He also recorded several singles under his own name in the early 1960s, backed by vocal groups the Atlantics (for the Rampart and Faro labels) and the Majestics (for the Linda and Jordan labels).

White had no involvement with Bob & Earl’s 1963 hit single “Harlem Shuffle”, a song he has sometimes been credited with producing; in his 1999 autobiography, White confirmed the song had been produced by Gene Page, who had worked with him on many of White’s 1970s successes.

Bob Keane of Del-Fi Records hired him as an A&R man for his new Bronco Records imprint, and White started working with the label’s artists, including Viola Wills and The Bobby Fuller Four, as a songwriter, session musician, and arranger in the mid-’60s. He discovered singer Felice Taylor and arranged her song “I Feel Love Comin’ On,” co-written with his friend Paul Polit.

In late 1972, White produced, wrote, and arranged their classic soul ballad “Walkin’ in the Rain with the One I Love”, which climbed to No. 14 on the Billboard Hot 100 Pop chart and No. 6 on the Billboard R&B chart.

They recorded several other hits throughout the 1970s, including “I Belong to You”, which spent over five months on the Billboard R&B chart in 1974 including a week at No. 1, and “Under the Influence of Love Unlimited”, which hit No. 3 on the Billboard Pop album charts.

It included the title track and his first solo chart hit, “I’m Gonna Love You Just a Little More Baby”, which also rose to No. 1 on the Billboard R&B charts as well as No. 3 on the Billboard Pop charts in 1973 and stayed in the top 40 for many weeks.

However, White had other plans, and in 1973 he released a single with “Love’s Theme” (written by him and played by the orchestra), which reached No. 1 on the Billboard Pop charts.

In 1995, White played the role of a bus driver for a Prodigy commercial and he also portrayed the voice of a rabbit in a Good Seasons salad-dressing-mix commercial, singing a song called “You Can’t Bottle Love”. 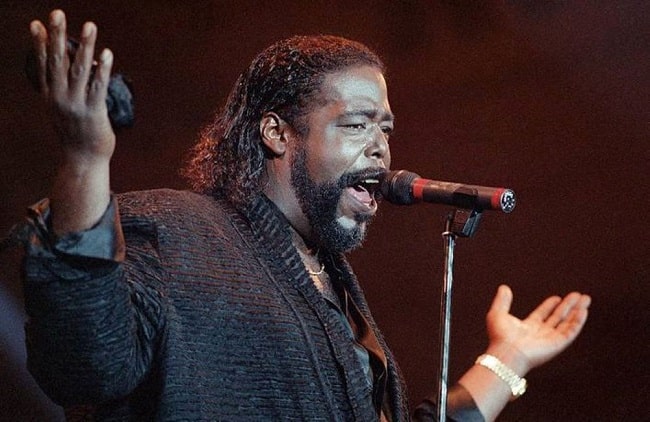 Caption: Barry White during his stage Source: The Golden Scope

When he was 19, White was first married to his childhood sweetheart, identified as just Mary in his autobiography. Although estranged from White for over a decade, as his widow she was made sole executor of his estate. They separated in 1969 and later divorced.

White had a minimum of nine kids. White’s girlfriend Katherine Denton claimed her infant daughter Barriana was White’s biological kid after White passed away in 2003.

With his second wife Glodean James, White had four kids. He was not the biological father of her kid, and Denton consequently lost her legal battle. Denise Donnell, a daughter of Gurkha Allen and White, was born in 1962.

Denton further asserted that White owed her money and other personal belongings that they had agreed to exchange. White and his first wife Mary had fathered two children by the time he was 16 years old. 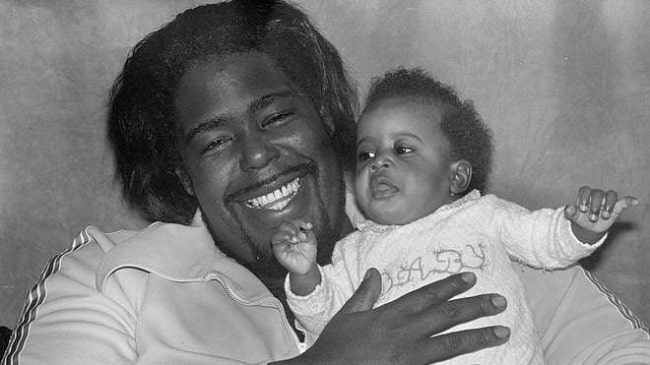 White passed away in his 58 years of life on July 4, 2003, at Cedars-Sinai Medical Center in Los Angeles. After going into cardiac arrest due to his deteriorating condition. His ashes were burnt and dispersed in the water off the coast of California.

Due to tiredness, high blood pressure, and a busy schedule, White was forced to postpone a month’s worth of Earth, Wind & Fire tour dates in August 1999. White experienced a serious stroke in May 2003 while undergoing dialysis and waiting for a kidney donor.

Barry White stood 6 feet 4 inches tall and weighed 87 kilograms. Both his hair and eyes were a dark shade of black.