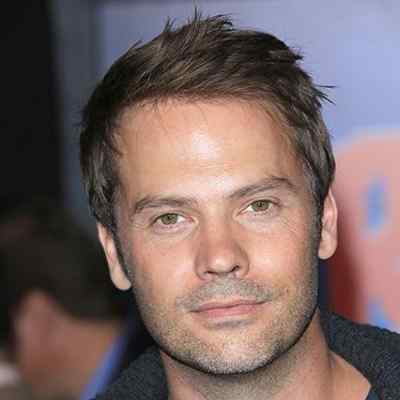 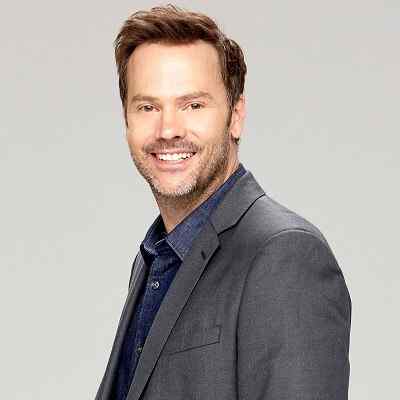 Barry Watson is an American TV actor. Barry Watson starred as the oldest child, Matt Camden on the television series, 7th Heaven. He starred as Brian Davis in What About Brian and Todd Deepler in Samantha Who?. Likewise, he has since appeared in many supporting roles both on television and in films.

Barry Watson was born on April 23, 1974, in Traverse City, Michigan, USA. He is 48 years old and is under the zodiac sign, Taurus. He holds American nationality.

His mother’s name is Linda Watson and his father’s name is Michael Watson. He also has three siblings and their names are Scott, Christie, and Kip. Likewise, his father is an attorney and his mother is a paralegal. Other than this, information about his family members is not available until now. Similarly, information related to his other family members such as his cousins and any other members is also unknown to date. It seems as if he likes to keep his personal and family life private and away from the limelight and the public eye. 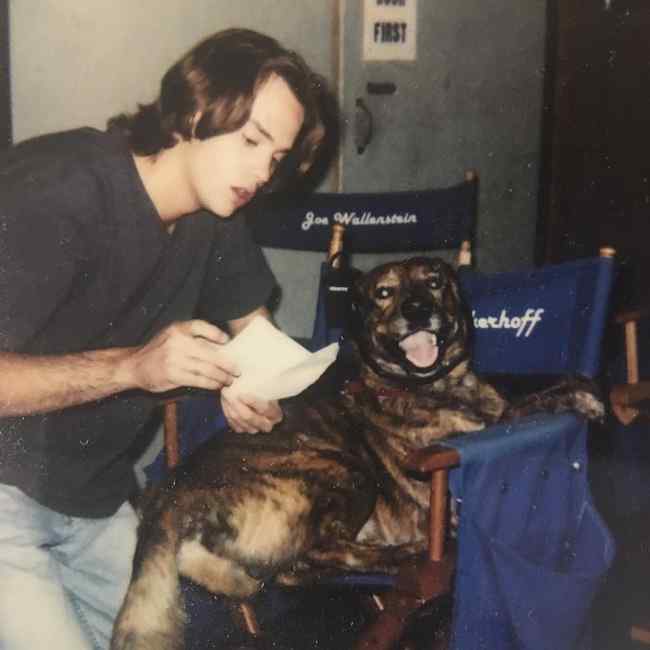 Caption: Barry Watson clicking a picture along with a dog (Source: Instagram)

Moreover, when Barry was 8 years old, he left Michigan with his family to settle down in Dallas, Texas. Then, in Texas, he first tried his hand at modeling, appearing in several print ads and local commercials. Likewise, the actor once stated that he grew up among cowboys and was the only kid in junior high with long hair and a pierced ear, for which he was bullied. And, he was single-minded about becoming an actor and a star. He lobbied his parents to let him take acting lessons. He ended up learning the art from director Linda Seto at the “Dallas Young Actors Studio”.

Furthermore, while he was honing his acting skills at that time, his parents got divorced. He was 14 years old. Then, after a year, he traveled to Burbank, California, to look for acting opportunities. He almost instantly earned a recurring role as a teenager in NBC’s popular daytime soap opera “Days of Our Lives” in the year 1990. Then, after a 6-month stint with “Days of Our Lives”, Watson returned to Dallas in the year 1992.

He finished high school at Richardson High School in Richardson, Texas. And, almost immediately after graduation, he packed his bags again and moved back to Los Angeles. Moreover, as a 19-year-old boy, he took a night job as a valet at the “House of Blues” nightclub and spent his days auditioning for any and every acting job he could find.

Barry Watson first began scoring guest roles in popular series such as “The Nanny”, “Baywatch”, and “Nash Bridges”. And, soon, he caught the eye of producer Aaron Spelling. Aaron cast him in his short-lived series “Malibu Shores”. Likewise, the five-episode gig was brief but led to his breakthrough role in Aaron Spelling’s next project, “7th Heaven”. He appeared in “7th Heaven” because the producers thought he fit the teenage hunk archetype perfectly. And, this series ran for 11 successful seasons and remains The WB’s most-watched TV franchise ever. Watson’s character appeared in a total of 153 episodes. This also helped him garner a “Teen Choice Award” and a “Young Artist Award” nomination.

Moreover, after beating cancer by enduring 6 months of chemotherapy, he came back to “7th Heaven” in the year 2003, with frequent guest-starring appearances. Since then, he has been a series regular and supporting cast in numerous shows and telefilms. Likewise, some of his projects were the drama “What About Brian” and the two-time “Golden Globe”-nominated “Samantha Who?”, opposite Christina Applegate.

He even appeared in several big-screen projects, such as “Teaching Mrs. Tingle”, “When Strangers Appear”, and “Sorority Boys”. He also appeared in “Love on the Side”, and “Boogeyman”. Besides this, he also starred in several acclaimed telefilms, such as ABC’s “My Future Boyfriend”, alongside Sara Rue and Fred Willard. Likewise, Watson also worked as a writer and director for “7th Heaven”. Moreover, he even directed an episode of the “ABC Family” hit series “The Secret Life of the American Teenager” in the year 2010. 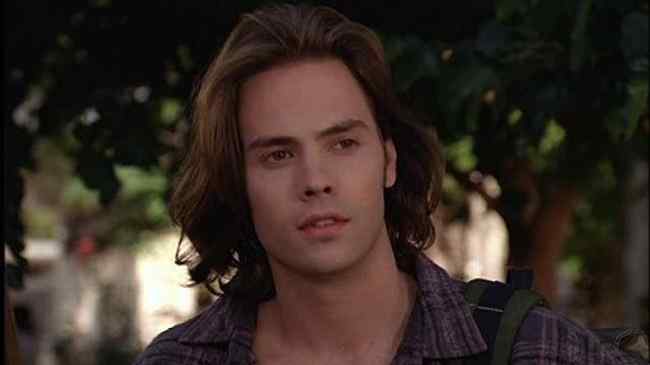 His late-career in major roles made him even more popular. He starred in hit series such as “Drop Dead Diva”, the immensely successful “Gossip Girl”, and “Hart of Dixie”. Likewise, in the year 2015, he played the role of ‘Michael’ in the horror “Ominous”. Then, in the year 2017, he was seen as ‘Ricky Cooper in the Canadian production “Date My Dad”. Likewise, he also appeared in meaty roles in the pet drama “A Dog’s Way Home” in the year 2019. He starred alongside Ashley Judd and Bryce Dallas Howard. He was also in the heart-wrenching telefilm titled “My Mom’s Letter from Heaven” which is a callback to his struggles with cancer, albeit in a reversed role.

Moreover, he has also been roped in to play “Lachlan Murdoch”, son of media mogul and ‘News Corp owner Rupert Murdoch, in Showtime’s “The Loudest Voice” in the year 2019. It is a seven-episode miniseries about ‘Fox News’ founder Roger Ailes. This series is based on the bestselling book “The Loudest Voice in the Room” by Gabriel Sherman. Gabriel even co-wrote the first episode of the series.

Furthermore, he received an “MTV Movie Award” nomination for his film “Teaching Mrs. Tingle” in the late 1990s. He also made an uncredited appearance in the star-studded 2011 Hollywood blockbuster “Ocean’s Eleven”. Likewise, Watson claims to have seen “Bigfoot” outside his window as a kid. He is also a basketball fan. He supports the ‘NBA team “Los Angeles Clippers”, often attending their home games.

The producer of “7th Heaven” Aaron Spelling’s daughter, Tori Spelling, introduced Barry Watson to his first wife, Laura Payne-Gabriel. The couple married on November 21, 1997. However, they divorced in the year 2002. After that, he reunited with his high-school classmate, reality TV personality Tracy Hutson, in December 2003. They dated for a short time. Likewise, the duo had their first son, Oliver, on May 2, 2005, and their second son, Felix, on November 13, 2007. Later on July 14, 2006, the two married and divorced in the year 2011.

Moreover, he also had a daughter, Clover Clementyne Watson, with his new girlfriend, Natasha Gregson Wagner. Natasha is the daughter of actor Natalie Wood. They married on December 21, 2014, and reportedly live in Watson’s Wilshire Blvd., Beverly Hills home. 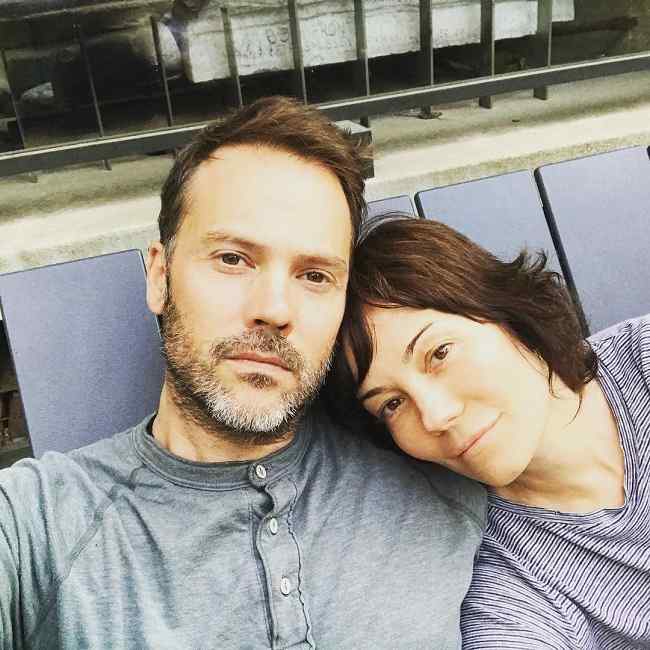 According to celebrity net worth, he has garnered a net worth of $1 million and his main income source is his acting career. He also does earn from other sources as well.