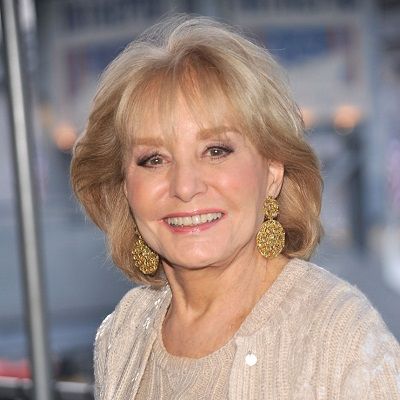 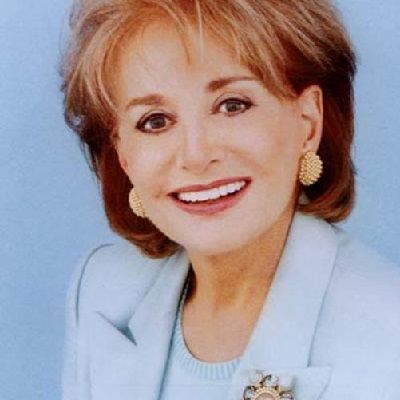 Barbara Jill Walters’s age is 92 years old in the year 2022. She was born on September 25, 1929, in her birthplace, Boston. Therefore, she was born to Dena (mother) and Louis Walters (father). She grew up with two siblings named Burton Walters, and Jacqueline Walters. Her father worked as a Broadway producer and was the Tropicana Resort and Casino Entertainment Director as well. She was raised in closeness to celebrities because of her father’s occupation so she was never in awe of them. Likewise, her nationality is American though her ethnicity is still unrevealed. 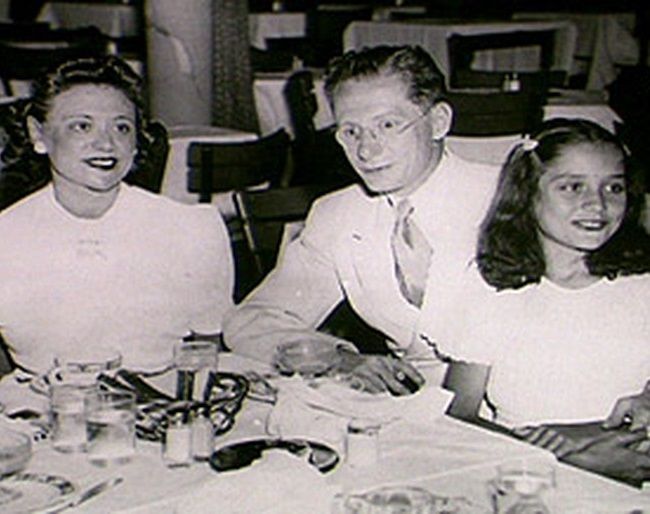 Caption: Barbara with her parents at the party, Source: Oprah

Talking about education history, she joined Lawrence School in Brookline. Later, Barbara’s family moved to New York City where she attended Birch Wathen School high school and graduated in 1947. She studied at Sarah Lawrence College and received her B.A. in English.

Regarding career life, she moved to New York City after college, for working. Since bagging a job at the NBC network affiliate in New York City, WNBT-TV, she worked for a year at a small advertising agency. She joined Tex McCrary Inc. as a publicist and then worked as a writer for the magazine Redbook for a couple of years. She joined in 1961 as a writer and researcher at NBC’s ‘ The Today Show ‘ and soon became the regular  Today Girl of the show. Women were given only lighter duties during those days, such as monitoring the weather.

In 1974 she became The Today Show’s first female co-host. She was partnered as a co-anchor on the 1976-78  ABC Evening News with Harry Reasoner. Worked with ABC during the 1976 Presidential Elections. She had worked as a reporter on news specials such as presidential inaugurations and as a moderator between candidates Jimmy Carter and Gerald Ford. In November 1977, she held a joint interview with President Anwar Al Sadat of Egypt and Israeli Prime Minister Menachem Begin. 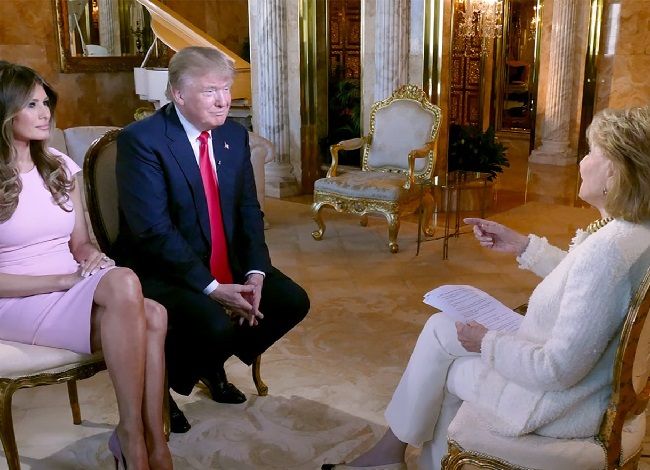 Caption: Barbara taking an interview with Donal Trump and his wife, Source: thedailybeast

In 1979 she joined the ABC newsmagazine  20/20  and was a regular staff writer until 1981. She spent years working with Hugh Downs and she had a great working relationship with him. She met leaders from around the world, including U.K. Margaret Thatcher, Cuba’s Fidel Castro, Russia’s Boris Yeltsin, and Venezuelan President Hugo Chavez, during her long and successful career.

Walters has over the years perfected the craft of personality journalism and being the first interviews. Sometimes she is accused of showing personal feelings in pumping ratings and relying on softball questions. Walters ‘ detailed and broad range of interviews, however, provides a profound chronicle of the personalities that dominated this latter 20th century. In 1995, after the horseback-riding incident that left him disabled, Walters held the first interview with Christopher Reeve. The broadcast won the famous George Foster Peabody Award the following April.

In 1999 the two-hour exclusive Walters with the former intern of the White House, Monica Lewinsky, made television history the top-rated news show ever shown on a single device. Walters has held important interviews with global leaders, presenting audiences with a more three-dimensional view of those individuals that are larger than life. These involve Iran’s Shah, Mohammad Reza Pahlavi; Margaret Thatcher, the UK’s first female prime minister; the Dalai Lama; Boris Yeltsin, Russia’s first post-communist president; and Hugo Chavez, Venezuela’s President.

Shortly after the 9/11 attack, she flew to Saudi Arabia to question Osama bin Laden’s brother as well as Saudi foreign minister Prince Saud as well as several males and females of the Saudi middle class.

She also interviewed popular celebrities such as Michael Jackson, Sir Laurence Olivier and Katharine Hepburn. Together with Bill Geddie, she invented the concept for the talk show The View which has been broadcasting on ABC since August 1997. The series has been running for 17 seasons and has a panel of five female co-hosts debating a variety of social and political questions. She went on to co-host The View as well.

Walters declared her retirement from TV journalism in May 2013. She announced she would go off the air in 2014 although on her famous chat show The View she will continue as an executive producer. Walters clarified that, as per the Los Angeles Times, “I don’t want to be on another show or climb another mountain. Rather, I want to sit on a sunny field and appreciate the very gifted woman.

Barbara has received many awards and achievements. Whereas, she was awarded the Overseas Press Club’s highest award, the President’s Recognition in 1988; election to the Academy of Television Arts & Sciences Hall of Fame in 1990; the 1990 Lowell Thomas Award for a career in journalism excellence; the 1990 International Women’s Media Foundation’s Lifetime Achievement Award.

Similarly, she also received additional awards like The 1997 New York Women in Film and Television Muse Award; the 2000 National Academy of Television Arts and Sciences Lifetime Achievement Award; and a 2007 Hollywood Walk of Fame star, as well as 34 Daytime and Primetime Emmy Awards. Walters has also been awarded an honorary doctorate from the University of Ben-Gurion in Jerusalem, Hofstra University, and Marymount College, Ohio.

Barbara has earned a huge amount of interest from her professional life. Talking about her net worth she has estimated around $200 million as of 2022. Whereas, her total salary is still unknown at present.

Talking about Barbara’s personal life, she is single at the present. She has been married four times to three different men.  In 1955 she was first married to Robert Henry Katz, a business executive, and former Navy lieutenant. The marriage had been quite short. The duo married on June 20, 1955, at The Plaza Hotel in New York City. The marriage was reportedly abolished after 11 months, or in 1957.

Likewise, she married her second husband Lee Guber on December 8, 1963. He is a theatrical producer and theater owner. However, the duo divorced in 1976.  They adopted one daughter born in 1968, and adopted the same year).  Her third marriage was to Lorimar TV chief executive Merv Adelson in 1981. In 1984 they divorced only to remarry in 1986. They divorced again in 1992.

Moreover, she dated lawyer Roy Cohn in college; he stated that he proposed marriage to Walters the night before her wedding to Lee Guber. But Walters denied this. She revealed her lifelong devotion to Cohn as gratitude for his help in the adoption of her daughter, Jacqueline.

In her autobiography, she says she felt grateful to Cohn due to his legal assistance to her father. According to her, her father was the case of an arrest warrant for “failure to appear” after he failed to show up for a New York court date because the family was in Las Vegas, and Cohn was able to have the charge dismissed. She testified as a character witness at Cohn’s 1986 disbarment trial.

Furthermore, she dated future U.S. Federal Reserve Chairman Alan Greenspan in the 1970s and linked romantically to United States Senator John Warner in the 1990s. In her autobiography Audition, she claimed that she had an affair in the 1970s with Edward Brooke, then a married United States Senator from Massachusetts. It is not clear whether she even was married at the time. She said the duo ended the affair to protect their careers from scandal.

In 2007 she began dating Pulitzer Prize-winning gerontologist Robert Neil, Butler. However, they ended their relation. Similarly, she is close friends with Tom Brokaw and Woody Allen and was close friends with Joan Rivers as well with former Fox News head Roger Ailes from the late 1960s until he died in 2017. In 2014, she made an appearance on CNN’s Piers Morgan Live and revealed that not having more children is her greatest regret in life. 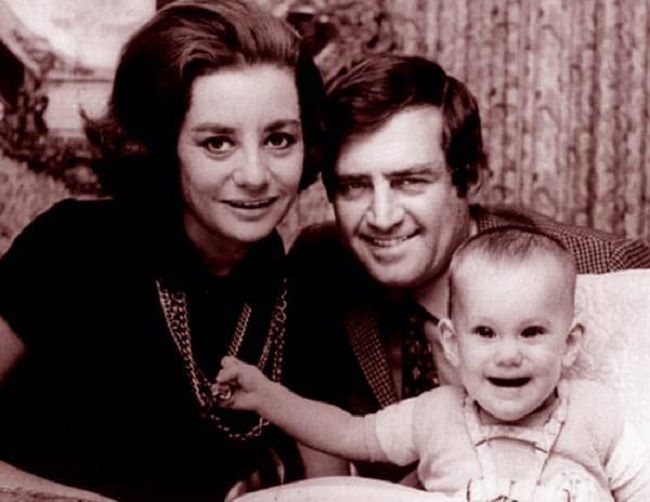 Caption: Barbara with her husband Lee and daughter, Source: realitystarfacts

Barbara Jill Walters announced her undergoing open-heart surgery to replace a faulty aortic valve on May 10, 2010, in the episode of The View.  She continued that she remembered for quite a while that she was suffering from aortic valve stenosis, though she was symptom-free. The procedure to fix the faulty heart valve undergoes well, and the doctors are very pleased with the outcome.

On July 9, 2010, the announcement was made that she would return to The View and her Sirius XM satellite show, Here’s Barbara, in September 2010. Four years later, she retired permanently from both shows.

Barbara is a beautiful woman. Whereas, she has a height of 5 feet 5inches. Though the information about weight and body measurement is still unrevealed. Likewise, her hair is blond and brown eyes.