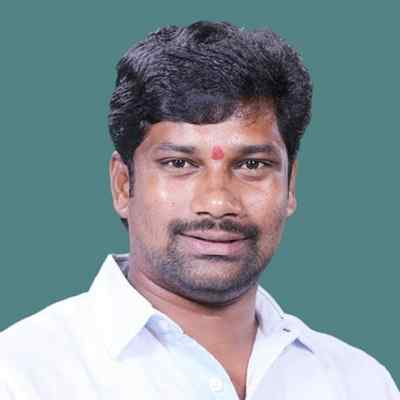 Balka Suman is an Indian Politician and Member of Parliament of the 16th Lok Sabha in the year 2014. Balka Suman was an MLA from the Chennur constituency in the 2018 Telangana Legislative Assembly election. He was able to win the Indian general election being a Telangana Rashtra Samithi candidate in the year 2014.

Balka Suman was born in Metlachittapur, Karimnagar District, Telangana, India, on October 13, 1983. He is 38 years old and his astrological sign is Libra. Balka Suman holds Indian nationality and follows the religion, Hinduism.

His father’s name is Balka Suresh and his mother’s name is Muttamma Suman. He has a younger brother and a younger sister but their names are not available at the moment. Balka Suman’s father, Balka Suresh was a strong TRS party supporter. He also was a Metpally TRS party president during the Telangana movement. At present, he is the Metpally Market Committee Chairman whereas his mother is a housewife.

Balka Suman completed his primary education from Classes 1 to 4 at Metpally. After that, he studies at APSWR (TWSR) School for boys at Pembatla in the Jagitial district. Then, he attended APSWR (TSWRJC) at Rukmapur, Choppadandi in Karimnagar district from SSC to Intermediate level. Likewise, after completing his junior college, Balka Suman graduated with B A (HEP) Degree from Government Degree College, Korutla, Jagityal district.

In the year 2003 Balka marked his entry to Osmania University to do a Master’s in English at Secunderabad PG College. So, this year is very important and significant in his life. He then was able to join M Phil in Linguistics in the year 2004 but later dropped out of it as he was busy with student politics and the separate Telangana movement. He then registered for Ph.D. in English at Arts College, Osmania University, in the year 2008, and also his area of research is Native American Literature. 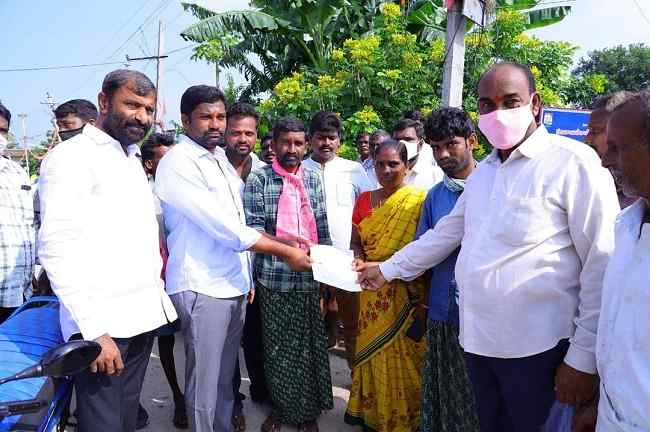 Balka Suman was able to enter politics in the year 2001. H first joined the Telangana Rashtra Samithi and was a key driving force at Osmania University, through which he entered into politics. He then actively participated in the Telangana agitation as well. Balka then was able to serve as O.U campus’ student wing (TRSV) president for Telangana Rashtra Samithi (TRS) in the year 2007. It was made the student wing (TRSV) State President of the TRS party in the year 2010. As of now, he is the MLA from the Chennur constituency.

Balka Sumas was able to play an important role in the Telangana movement, supporting the demands of the Telangana people between the years 2009 and 2014. Likewise, he became a member of the Legislative Assembly (MLA) member in December 2018 elections at CHENNUR (SC) Constituency. He also was able to win the election with a majority of 28,132 votes against his opponents.

Furthermore, Balka Suman was involved in a physical fight during a TV debate. He is popular to be very aggressive in his style of politics and has been in many fights. He has fought with various district collectors and senior police officers during his tenure as a Member of Parliament, and Member of the Legislative Assembly. And, for the latest municipal elections in 2020, there is a serious allegation that he has threatened and bribed two candidates to withdraw from the elections. 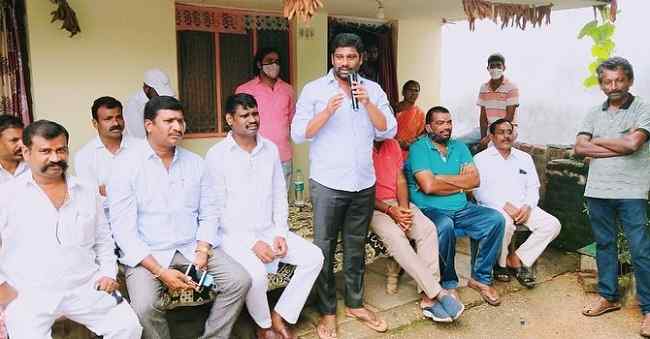 Balka Suman tied the knot with Rani Alekya in the year 2013. Rani Alekhya is a TV Jounalist. The couple has two children together and their names are Suhan and Sushan. 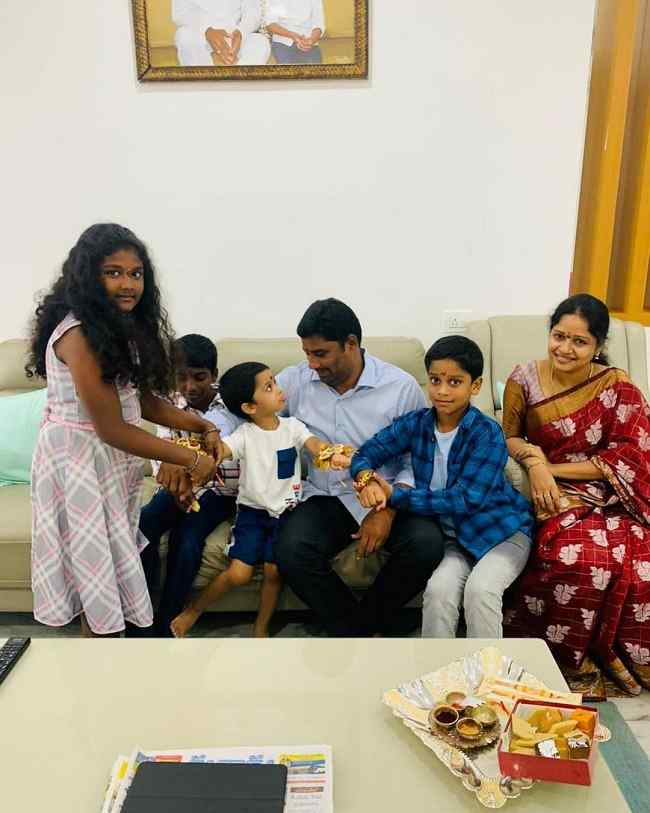 Caption: Balka Suman along with his family members (Source: Instagram)

Balka Suman has a height of 5 feet 9 inches and his weight is 72 Kg. Suman’s other body measurements such as his chest size, waist size, and hip size, are 40-30-35 inches respectively. Moreover, Balka has black hair and dark brown eyes.

According to dreshare, Balka Suman has a net worth of INR – 50 Lakh and his main income source is his career as a politician.