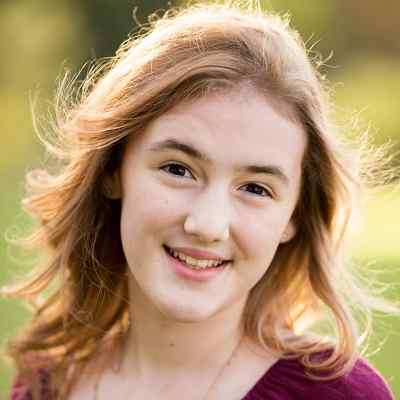 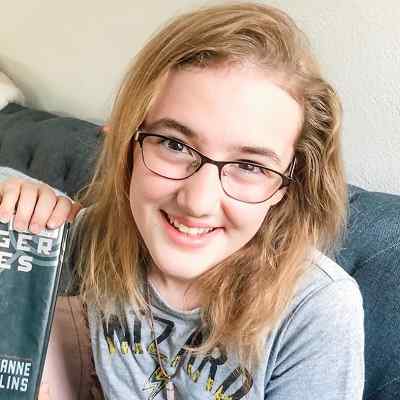 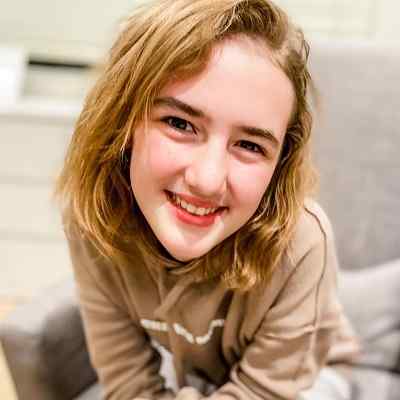 Bailey Ballinger is an American Youtube star. Bailey Ballinger is the daughter of Christopher Ballinger and niece to Rachel and Colleen Ballinger who is featured in a segment called Bailey’s Bookshelf for her father’s YouTube channel. Likewise, she is the eldest child of the Ballinger family.

Bailey Ballinger was born in California, USA, on November 6, 2007. She is 14 years old and her astrological sign is Scorpio. She holds an American nationality.

Her father’s name is Christopher Ballinger who is a renowned YouTuber, magician, and writer, and his mother’s name is Jessica Ballinger who is a homemaker. Likewise, her parents were high school sweethearts and after they got married, their first child was Bailey. She also has four younger siblings and all of them are brothers their names are Jacob, Parker, Duncan, and Luke.

Regarding Bailey’s educational background and qualifications, she is homeschooled by their mother. Likewise, Jessica has done a fine job when it comes to their education, as all her children are very intelligent. Moreover, Bailey is a bright girl and she loves asking questions and finding solutions to problems. She already has her future decided and either wants to be a policewoman or nurse when she grows up.

Bailey Ballinger loves spending most of her time with her family and extended family, which include her aunts and uncles. And, when asked if she could be granted three wishes, what they would be, she replied that she would want lots of money, have more siblings, and get Disneyland tickets that never expire. 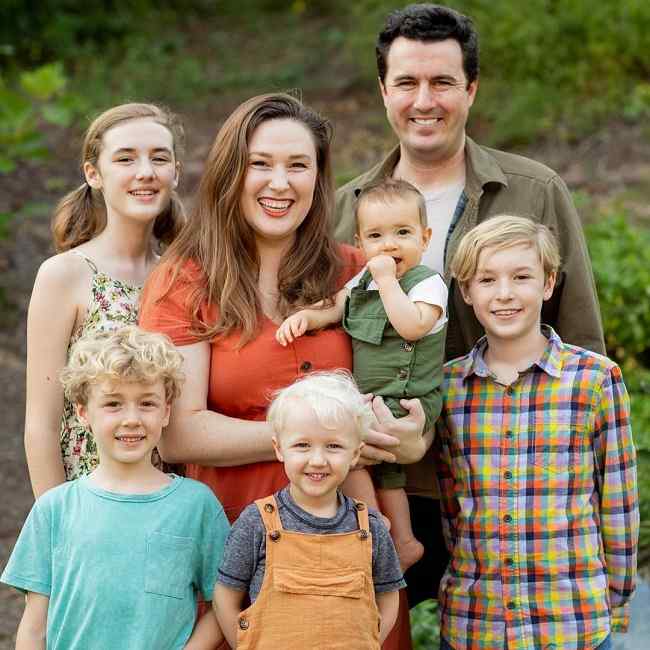 Caption: Bailey Ballinger along with her parents and brothers (Source: Instagram)

Bailey Ballinger was first featured in her aunt, Colleen’s vlog when she was just one year old. Then, she continued to feature in various videos of her aunt over time. Likewise, in February 2014, Bailey also appeared in her father’s video titled “Duet with Bailey”. And, after her father’s video received plenty of good reviews for the video, he decided to start a segment dedicated to Bailey on his channel. Thus, he came up with “Bailey’s Book Review”.

In those vlogs, Bailey Ballinger regularly reviews books on her bookshelf, generally a new one every week. The video is a book review from a child’s perspective. Likewise, her aunt, Colleen’s question and answer video with Bailey has over a million views as of now. In the year 2015, Bailey launched her own YouTube channel named after herself, with the help of her mother. And, on her channel, she posts vlogs, and her first vlog received over 90K views, where she introduces her channel and is super excited about editing her own vlogs. However, she has only posted 4 videos until now and is not active since.

Moreover, the internet has seen Bailey Ballinger since she was four and many have seen her grow from a toddler to a child. And, what makes her special is that she has hardly changed and is still as adorable as she used to be when we first saw her. Bailey is still as lively and cute. However, the only difference is that she is more independent now. Likewise, she is also very sensitive, when asked to pick her favorite word, she promptly chose love. She is an aspiring singer as well and is part of a children’s choir and is often chosen to sing solo as she has a beautiful voice that reflects her innocent soul.

Furthermore, surrounded by fame, Bailey Ballinger is more than just a face on camera. She has a lot of hobbies that she pursues. Owing to her creative skills, she loves drawing and crafts and she finds it both riveting and ingenious. Likewise, she is also learning ballet dance and partakes in ballet events as well. She is a singer and also can play the piano and owns a piano at her home. 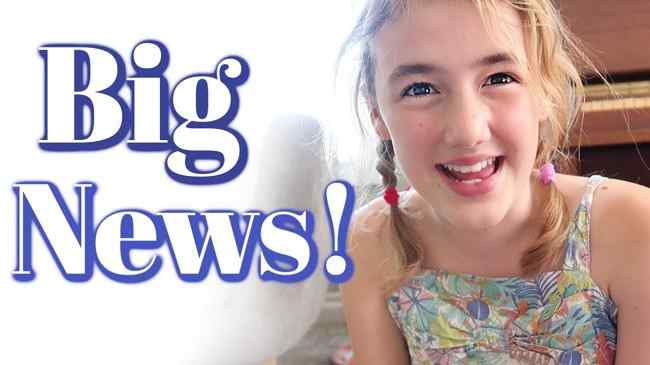 Bailey Ballinger is possibly single at the moment. She is more focused on her career and studies rather than being in any kind of relationship with anyone. Also, she is really young to be in a relationship at the moment. Moreover, Bailey has a great personality and is very beautiful as we can see her on their Youtube videos. And, she has a lot of admirers even now. So, it wouldn’t be a surprise if she gets into a love relationship in the future.

Moreover, Bailey Ballinger is a member of girl scouts and loves to make new friends and go on adventures. She wants to learn Spanish. Likewise, she loves all colors except darker shades such as brown and black. And, her favorite animals are bunnies. Furthermore, Bailey loves watching Disney movies and her favorite Disney character is Elsa from “Frozen”. And, given a chance, Ballinger would like to turn into a mermaid, so that she could be friends with the Disney Princess, Ariel. Also, she loves reading books and her favorites are Dr. Seuss Books.

Bailey Ballinger has a height of 4 feet 7 inches and her weight is 35 Kg. And her other body measurements such as her chest size, waist size, hip size, and bicep size, are unknown as all of those are still under review. Likewise, she has dirty blonde hair and brown eyes. 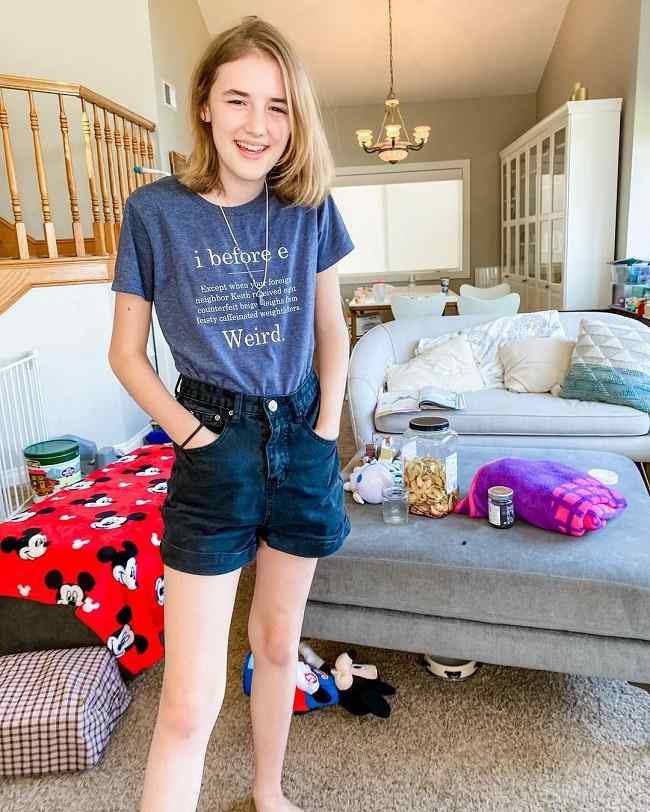 Ballinger has garnered 34K followers on Instagram. And despite the fact that Bailey has not posted videos on her Youtube channel, she has garnered 32K subscribers n Youtube.

According to buzzlearn, she has an estimated net worth of $1 Million – $5 Million. And, she has made such an amount of wealth from her primary career as YouTube Star.