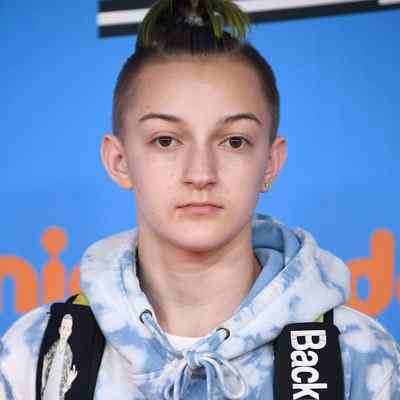 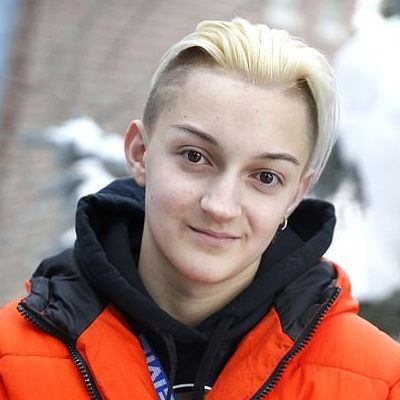 Backpack kid is an internet sensation known for the “Floss” dancing style. Backpack kid had launched many songs like “Drip on Boat” and “Flossin” with DJ Suede The Remix God.

Backpack kid’s real name is Russel Horning and he is 18 years old. He is a Hip-Hop Artist, Dancer, Rapper, Social media personality was born on December 19, 2001. He was born in Lawrenceville, New Jersey, United States. 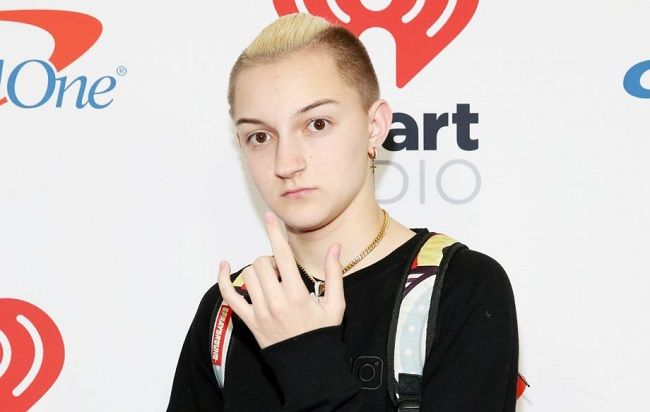 His mother is Anita Redd, who also serves as his manager and has a younger sister named Jill. His father has not been mentioned yet. He belongs to White Caucasian Decent. He is Christian and the birth sign is Sagittarius.

Russell Horning attended the Griggs Ville School. Furthermore, he studies an online school so that he can travel and hence he is not studying in a formal school.

Before Russell rose to fame, he was an internet session and famous for posting his unique dance move on YouTube and Instagram. He is a professional rapper and hip-hop artist. Moreover, he had launched many songs such as Flossin featuring DJ suede, Drip on Boat, Ball out, etc. He launches his debut four-song EP “Swag Pack kid” on his 17th birthday.

Russell’s first breakthrough came in 2015 when 700k followers tagged him online. He starts to rise after Rihanna posts his dance move for expressing her delight for selecting for 6 Grammy in 2016.

Then after Katy Perry invited him to dance in her new song “swiss swiss” on ‘Saturday Night Live’ of 2017. So due to his backpack on stage with Katy Perry earn him a name Backpack. In the show, he performed brilliantly with dance moves, impressing the viewers. Later he also starred in the singer’s music video for the single ‘Swish Swish.’ Later in the following year, his fancy dance moves were mimicked by NFL player Mack Hollins during a Philadelphia 76ers game.

His current Instagram account is in the name of “@thebackpackkid” and it has more than 1.9 million followers. Furthermore, Backpack kid also released a new album “Balenciagas” in 2019. In addition, he has done an advertisement for Checkers to support its $1 Fries campaign. Currently, he is planning to design backpacks and other items, such as socks, caps, hoodies, and T-shirts.

Likewise, he has launched on YouTube channel on February 17, 2020. Some of his YouTube videos on his channel include “I PICKED UP JESSIKATHEPRANKSTER AND HER MOM IN A DISGUISED UBER (THEY GET MAD),” and “I TRIED TO GET WITH LAVAADO’S GIRLFRIEND IN FRONT OF HIM PRANK (HE GETS MAD).” 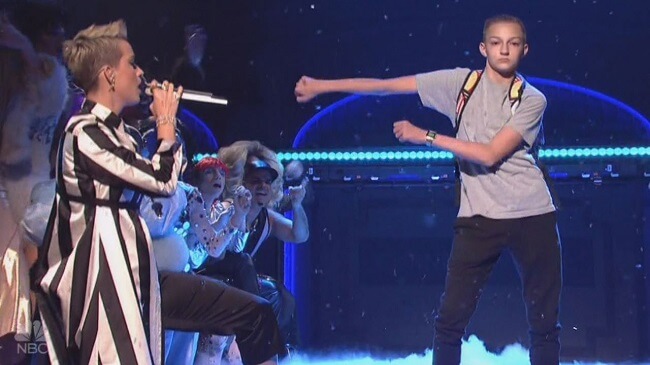 Backpack kids won two awards in 2018. They were Kids’ Choice Award for “Favorite Dance Trend” and Shorty Award for “Best in Dance”.

Furthermore, Backpack kids’ Net worth is around $400,000. He earns around $30,000 a year and earns 2.500 a month and $575.92. Then he additionally generates his income from social media such as Instagram and YouTube. He had signed a deal with a multi-billion-dollar industry Spray ground.

Later he has landed another big deal with another big brand from Under armor to NBA to NFL. His sources of income come from other songs as well. He has a collection of some of the luxurious cars in his car collection.

Russell is single and not having any relationship status. He has not been engaged in any previous affairs. As a result, he likes to focus on her career rather than being in a relationship. On one of his recent Q&A video, he mentioned his celebrity crush as Addison Rae. He is often seen with his girlfriends on social media handles but has not disclosed his love of life. 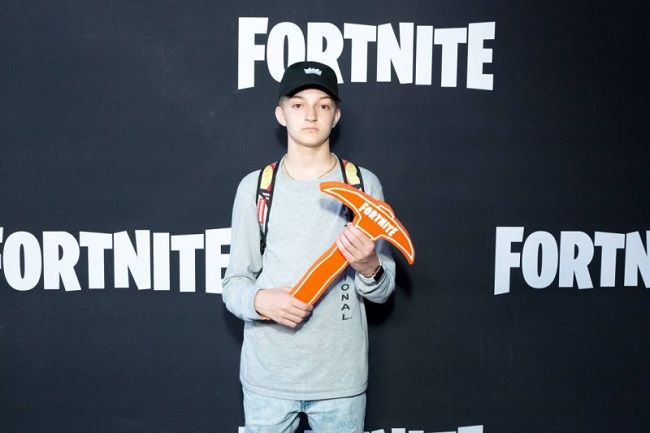 He has recently sued the Epic Game and Takes Two Interactive for gaming app Fortnite and NBA 2k for allegedly used his dance move floss dance without permission. Even though Epic Games and Take-Two are two of the world’s biggest gaming company in the world and still need to seem what will be the result. It is rumored that one of his recent dance moves Fossin is copied or invented by Horning.

Horning is an active social media user and posts many photos, Vlog, Dance moves. He has over 1.9  million Instagram followers and 24k monthly listeners on Spotify. He has 55.8k subscribers on his YouTube channel The Backpack Kid channel. Moreover, he also has TikTok account with more than 935.5K followers and almost 22.4 million likes.