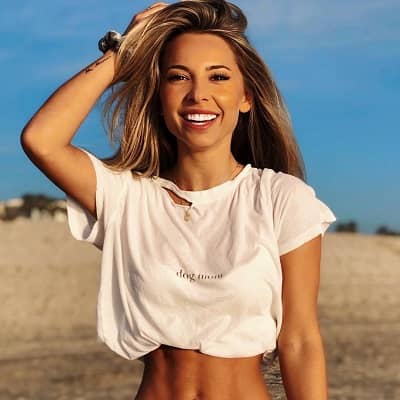 Ayla Woodruff was born on 26th August 1992 and is currently 28 years old. Her full name is Ayla Marie Woodruff. Her zodiac sign is Virgo. She was born in Flagstaff, Arizona, United States of America, and holds American citizenship. She is currently residing in Los Angeles, California. Talking about her ethnicity and religion, she belongs to Caucasian and follows Christianity.

Likewise, talking about her personal life and family, she is the first child to Diana and Brian Woodruff. She has two brothers and one sister. They are Blake Woodruff, Trevor Woodruff, and Raina Woodruff. Blake is an actor who starred in the movie “Cheaper by the Dozen” in the year 2003 when he was 6 years old. 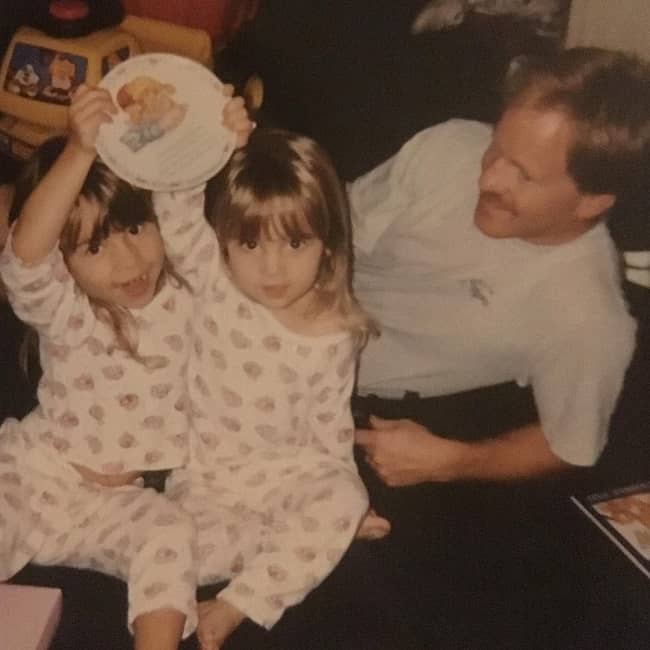 Caption: Ayla and her sister Raina with their father. Source: Instagram

Furthermore, talking about her educational background, she went to Agoura High School and graduated in May 2010. Likewise, in May 2013, she graduated from Moorpark Community College, California. Later in 2015, she completed her HR Management from Loyola Marymount University. Moreover, she also completed her bachelor’s degree in Psychology, Industrial and Organizational Psychology from the University of California San Diego.

Ayla made her debut in 2003 with her brother Blake in the movie “Cheaper by the Dozen”, however, her part was deleted. In 2016, she made a debut in a web series “Dance Showdown”. She admired modeling and after finishing her studies, she pursued her career as a model. Likewise, she got to work as a personal assistant to Logan Paul who is a Youtuber. This helped her gain a lot of experience. However, in August 2017, she left the job as a PA. She then started her self-titled Youtube channel. Her first video was “Intro to My YouTube!- Ayla Woodruff” which was posted on 2nd May 2017. She has been gaining an impressive number of subscribers by posting about cooking, comedy, traveling, and a healthy lifestyle. So far gathered quite many fans and followers and currently has over 741K subscribers with 23M viewers.

Moreover, she has endorsed many brands and products through her social media platforms including LF Stores, Meshki, Public Desire, Wildfox, etc. similarly, she has also modeled for clothing ventures like Rivi Bikinis, Levis Jean, Beyond Yoga clothing, etc.

Focusing on her earnings and income, Ayla has earned quite an impressive amount from her career as a YouTuber and model. Likewise, she has an estimated net worth of $300,000. Moreover, she also receives payment from endorsements of brands which are LF Stores, Meshki, Public Desire, and Wildfox.

Ayla is straight and is in a loving relationship with American YouTuber and Actor Kian Lawley. They confirmed their dating on 30th September 2019 after Kian posted a picture of her in his Instagram story.  She was in a relationship with Mackinzie Dae who is also a model and social media personality. The couple dated for 5 years from 2013 to 2018. They called it quit because of personal differences. Moreover, she posted a YouTube video titled “Why I Left” explaining the reason for their breakup. In 2017, it was rumored that she was dating social media star, Logan Paul, while she worked with him. However, they never admitted it.

This gorgeous social media influencer stands 4 feet 11 inches (59 inches) tall and weighs 42kg (92lbs). Ayla has a slim body type. Looking at her physical appearance, she has a dark brown pair of eyes and blond hair. Her dress size is 2-4(US). However, another body measurement including vital stats and shoe size is not available in the media.