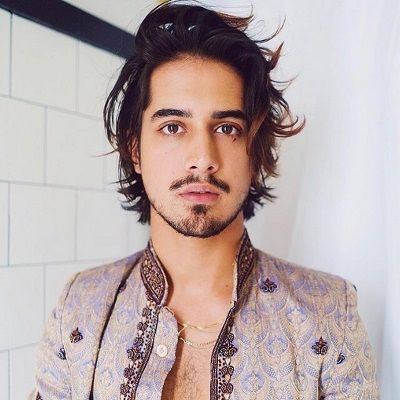 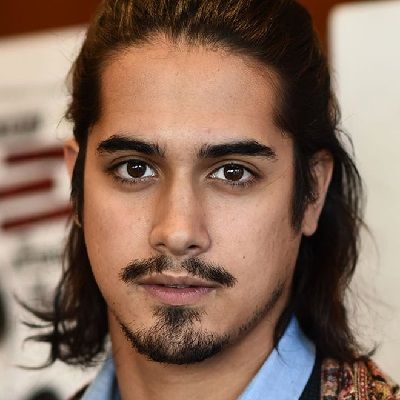 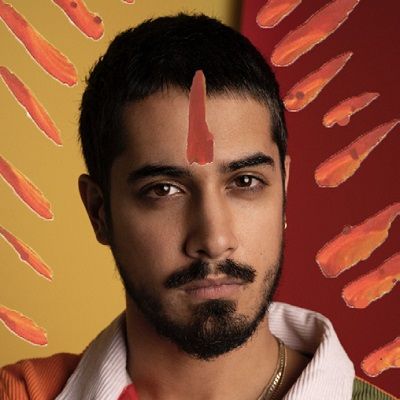 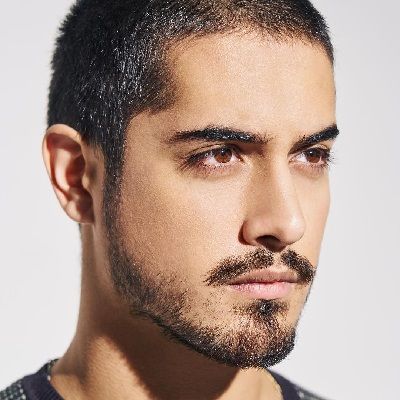 Avan Jogia is a Canadian-British actor, singer, and director. Avan Jogia is best known for his roles in movies and shows like “Victorious”, Of Dogs and Men”, “Ten Thousand Saints”, “Alex”, and Here Now” among numerous others. Additionally, he is also an activist and writer who wrote the book “Mixed Feelings” which later turned into a mixtape album.

Avan Jogia’s full name is Avan Tudor Jogia and he was born on 9 February 1992. He is originally from Vancouver, British Columbia, Canada. And is currently 30 years old. Further, his father’s name is Mike Jogia and he is of British Indian ethnic background. Likewise, his mother’s name is Wendy Jogia and she is of English, German, and Welsh descent. He also has an elder brother of the music producer based in London, Ketan. Talking about his language proficiency, he speaks some Gujarati and French besides English.

Talking about his educational journey, he was a student at Killarney Secondary School until age 17. Then he left to pursue acting full-time since he had already gained several small television credits. In an interview, he also said that his parents withdrew him from middle school in the favor of homeschooling. 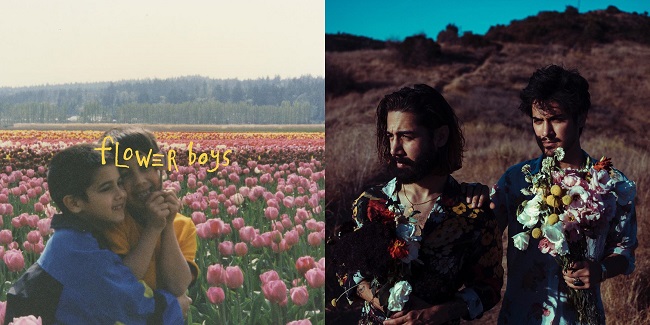 Caption: Avan Jogia with his brother in the past and present photographs. Source: Instagram

Later, he moved to Los Angeles, California on the trial-basis ultimatum. The ultimatum was that he would land a role within six months or return to schooling. Moreover, he has cited British actor Tim Curry as one of his early acting inspirations.

More precisely, Curry’s role as Long John Silver in the 1996 musical adventure comedy film, Muppet Treasure Island inspired him. The British actor Sir Ben Kingsley is another inspiration. Ben and he later appeared in the 2015 miniseries Tut and also worked together on the 2016 short film Of Dogs and Men.

Additionally, he describes himself as spiritual. He has spent months as a Buddhist and has roots in Hinduism. He also maintains that he has “looked at all kinds of ways of being because I’m curious about what it takes to be human.”

Moreover, he has dual citizenship in Canada and the United Kingdom. Similarly, his ethnic background is a mix of British-Indian-German-Welsh descent.

Avan Jogia is a Canadian-British actor, singer, activist, director, as well as a writer. He is most popular for his television roles of Beck Oliver in Nickelodeon sitcom Victorious, Danny Desai in ABC Family drama Twisted, Roman Mercer in Syfy paranormal action series Ghost Wars, and Ulysses Zane in Starz comedy Now Apocalypse.

Moreover, he first came to prominence with his portrayal of Danny Araujo. Danny is a character in the 2006 biographical television film A Girl Like Me: The Gwen Araujo Story directed by Agnieszka Holland. He is the younger brother of teenage transgender woman Gwen Araujo in this film. After he moved to the United States in his late teens, he landed various television roles in series such as Caprica and the miniseries Tut.

His numerous credits in television and cinema include Spectacular!, Finding Hope Now, Rags, Ten Thousand Saints, I Am Michael, and Zombieland: Double Tap. Moreover, his directorial debut came in 2011 with the short film Alex. It followed the 2016 web series the Last Teenagers of the Apocalypse.

In the year 2007, he had a recurring role in The CW television sitcom Aliens in America as the character Sam. He also appeared in the Canadian horror television movie Devil’s Diary. He next appeared in the 2008 Nickelodeon network original film Gym Teacher: The Movie, as Champ Sinclair, a role opposite the prominent actor Christopher Meloni. Likewise, he then returned to the network the following year, starring in the 2009 film Spectacular! as Tajid, alongside Victorious co-star Victoria Justice.

From 2009 to 2010, he played in the television series Caprica. It is a spin-off of Battlestar Galactica. He also appeared as Ben Stark in August 2008. Then in late 2009, he joined the cast of the Nickelodeon television program Victorious. He starred alongside Victoria Justice, Ariana Grande, and Elizabeth Gillies. He played the onscreen lover of Elizabeth Gillies for this show.

His role as Beck in Victorious was his first main role in a TV series. He was a part of it from its inception in March 2010 through to the conclusion of the final season in 2013. He also sang background vocals on several cast songs in the show’s soundtrack. Also, he had a part in the song Finally Falling in the episode “Tori the Zombie”.

Moreover, he appeared in the drama film Triple Dog in the year 2010. He also played in the gang-crime film Finding Hope Now as the lead character, Santos Delgado. He later also directed and starred in Alex. It is a short film that marks his first project as a director. The next year, he also appeared in the 2012 movie Rags.

For the ABC Family mystery–thriller series Twisted, he played the lead role of Danny Desai in October 2012. He played alongside Denise Richards, Sam Robards, and Kimberly Quinn. In February 2013, ABC Family ordered the show as a series and production commenced the following month, on April 3, 2013. The series then premiered on 11 June 2013 and went on for 19 episodes.

However, ABC Family decided not to renew Twisted for a second season, hence ending the show in August 2014. Similarly, in 2014, he played Tut alongside English actor Sir Ben Kingsley. The miniseries, filmed in Morocco, premiered on Spike on 19 July 2015 and concluded on July 21, 2015. He also played in I Am Michael in 2014 which was later released at the 2015 Sundance Film Festival, before a limited release and through video on demand in January 2017.

In February 2015, he played in the film Ten Thousand Saints. It is the adaption of the 2011 novel of the same name by Eleanor Henderson. This film also stars Asa Butterfield, Hailee Steinfeld, and Ethan Hawke. The same year, he also appeared in a short film Here Now, in which he portrayed the role of Dark. He also released a trailer for the horror-thriller short film which he directed. The film is titled Of Dogs and Men and it also had appearances by Sir Ben Kingsley.

Then he also extended his hands to the 1970s-based crime drama film Shangri–La Suite, which is also known as Killing the King. For this, he worked with Luke Grimes and Emily Browning. This film follows two young lovers who go on a journey to Los Angeles with the intent of killing Elvis Presley. He portrayed the role of Teijo Littlefoot, an old friend of the protagonist, who joins the duo’s journey in search of a sex change.

He further appeared as Bones, in the 2016 Last Teenagers of the Apocalypse. It is a four-part series that was released on 21 April 2016. He also produced and directed this film. 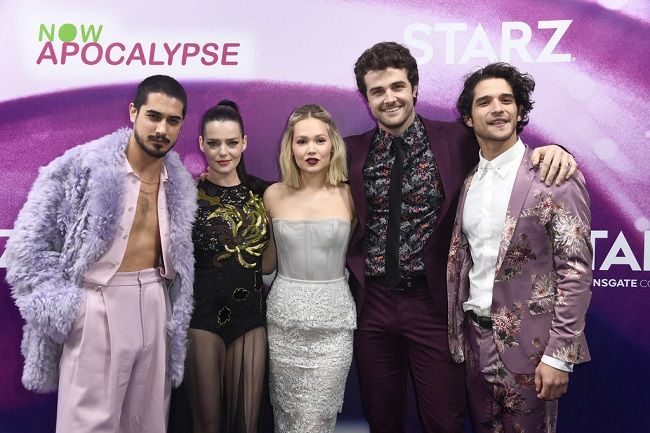 Caption: Avan Jogia with the cast at the premiere of the “Now Apocalypse”. Source: Celeb Secrets

In 2017, he starred in the psychological thriller The Drowning directed by Bette Gordon. The film is an adaptation of Pat Barker’s 2001 novel Border Crossing. He portrayed the central character, Danny, who was rescued from drowning by the man who aided his conviction for murder 12 years earlier.

He also starred in the comedy film The Outcasts, alongside lead actress Victoria Justice. Later, he appeared in The Year of Spectacular Men. It is a film directed by Lea Thompson. Thompson is the mother of Zoey Deutch, who also appears in the film opposite him.

Later, he played Sebastian followed by a role in A Midsummer Night’s Dream. It is a contemporary film adaptation of the comedy of the same name written by William Shakespeare. He also starred in Ghost Wars which premiered in 2017.

Further, he also worked with Eve Hewson in Rebecca Addelman’s directorial debut, Paper Year. He also portrays the role of Matt in the 2018 romantic comedy, The New Romantic. The same year, he also appeared in the dramatic film The Artist’s Wife, together with Bruce Dern and Lena Olin.

Similarly, in June 2018, he was chosen to lead the Starz comedy series Now Apocalypse. He worked alongside Kelli Berglund, Beau Mirchoff, and Roxane Mesquida. He portrayed Ulysses Zane for this series. His character along with his onscreen friends “are on various quests pursing love, sex, and fame while navigating the strange and oftentimes bewildering city of Los Angeles”. That same year, he appeared in Shaft and also co-starred in the sequel Zombieland: Double Tap.

Then in September 2019, he published a book on growing up with a mixed-race identity. The book was also about whether or not there is a correlation in the experiences of those of mixed races. The book’s title is Mixed Feelings, and this book comprises a series of personal stories and poems about his own life.

In the book, he also noted that “there was a massive appetite for this conversation”, and after having reached out to his social media following, he “was able to communicate with these people, interview with them, sort of to take parts of their stories and mash them up within the book.”

He is also an artist whose work spans film, writing, and music. He and his brother, Ketan Jogia, are the band members of the duet band Saint Ivory. They also released a mixtape turning his book into songs and albums. It was released in early February 2020. 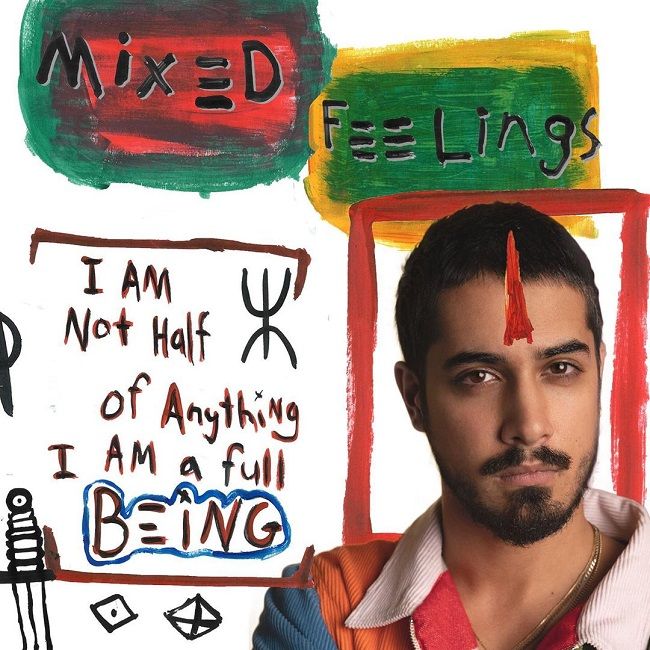 Avan Jogia co-founded the online PSA organization Straight But Not Narrow (SBNN) in the year 2011. He did it with Heather Wilk and Andre Pochon in conjunction with the support of his fellow actor, Josh Hutcherson. It is a non-profit organization aimed at changing the attitudes and viewpoints of heterosexuals regarding the lesbian, gay, bisexual, and transgender (LGBT) community.

He believed, “There was no one making straight youth responsible for their apathy. When you see a bully beating up a kid and you stand idle, that’s as loud, or louder, than the actual oppression”, and thus he helped establish the organization.

Discussing the prominent actor’s relationship status, Avan is currently in a romantic relationship with Australian actress Cleopatra Coleman. The lovers have been together since September 2017. They share each other’s photos on their respective Instagram handles with loving captions. Moreover, Cleopatra has appeared in movies and shows like Take the 10 (2016), The Last Man on Earth, and Neighbours (1985) among others.

Before Cleopatra, he dated Zoey Deutch from 2011 to 2017. Zoey is his co-star in The Year of Spectacular Men (2017). According to Bustle, the pair got together in 2012 after meeting at an ABC Family Convention. They kept their dating life mostly private but received public attention for their adorable Instagram posts back in 2015.

The duo appeared in 2018’s Zombieland: Double Tap after they split up in early 2017. Zoey is also best known for her appearances in shows like The Suite Life On Deck, Beautiful Creatures, and Vampire Academy among others. At present, she is dating fellow American actor Dylan Hayes.

Moreover, he was also linked with the pop princess and former Disney Channel star Miley Cyrus in 2010. While there’s not much evidence of their encounter, there is a photo of Cyrus and Jogia getting up close and personal on the night of her 18th birthday. However, the pair’s relationship details and length are unknown, though some signs point to a short-term fling. However, the duo involved in the rumors never confirmed or denied the said rumor. 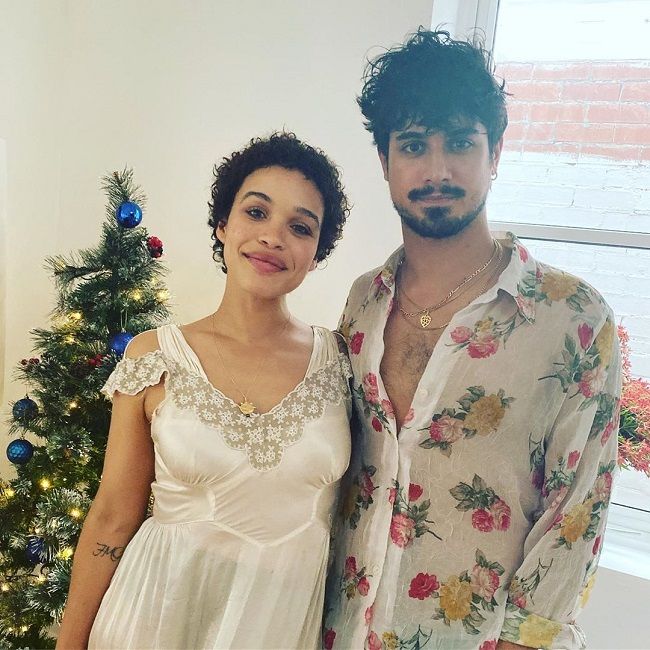 Talking about Avan’s body measurements, he stands tall at a height of 5 feet 10 inches and weighs around 71 kgs. Moreover, he has a chest-waist-bicep size of 39-30-14 inches respectively. Moreover, he wears shoe size 10 according to US standards. Talking about his facial features, he is characterized by black hair and dark brown eyes. He used to keep his hair long but has cut it short for a while now.

As per his body art, he has numerous tattoos. They are located on various parts of his body like on his chest, leg, upper leg, shoulder, back, and lower arm.

Moving on, his net worth estimation is around $1 million. He earns through his involvement in acting, singing, writing, and much more.