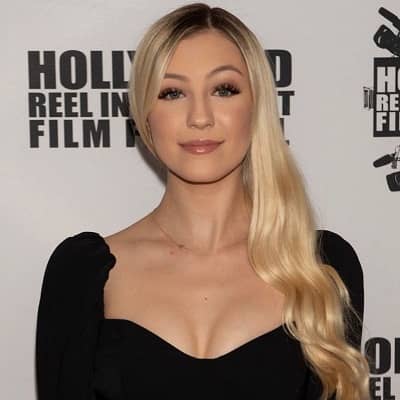 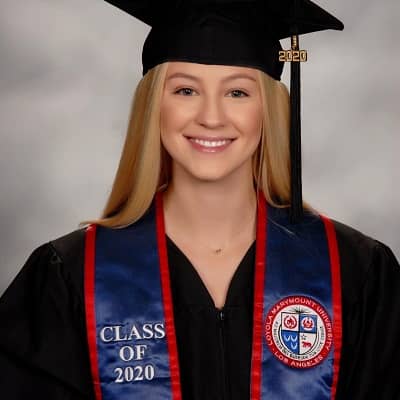 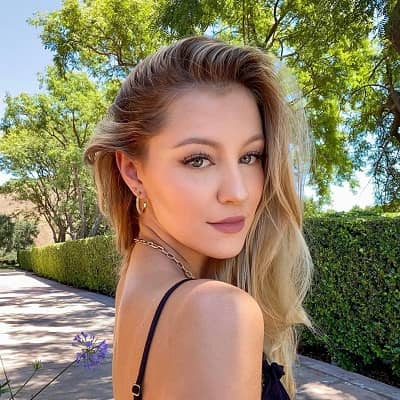 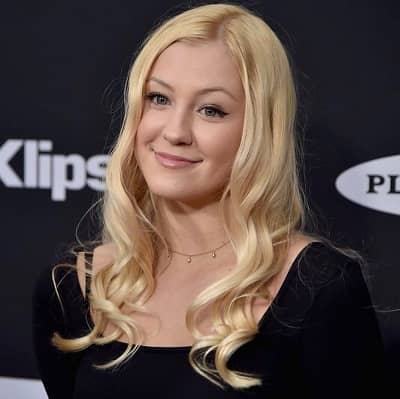 Ava Sambora is an American model and actress. Ava Sambora has appeared in several films and shows including “This Is 40”, “Summer Break”, “Fresh Off the Boat”, and “Good Luck Charlie”. She has also modeled for her father’s fashion line, Baes and Bikinis, and 138 Water among others.

Ava Sambora was born on October 4, 1997, and she is currently 24 years old. She hails from Los Angeles, California, and her zodiac sign is Libra. Talking about her family, her parents are her father Richie Sambora, and mother Heather Locklear. Her father is a musician – the lead guitarist of the rock band Bon Jovi whereas her mother is an actress.

Talking about her educational journey, she graduated from Viewpoint High School in Calabasas, California, in the year 2015. Similarly, she is a member of the Alpha Phi International Women’s Fraternity at the Loyola Marymount University, Los Angeles. She initially planned to attend New York University.

However, she dropped her plan after starting her internet career during the 2015 summer in California. She then graduated from Loyola Marymount University in 2020.

In an interview with Teen Vogue, she revealed that she loved high-school cheerleading. She was also a flier on her school’s squad. Similarly, she was active in extracurricular activities throughout her school and college. she simultaneously focused on her studies, too. Her father once told People that she scored a 4.2 GPA and had 11 scholarship offers. 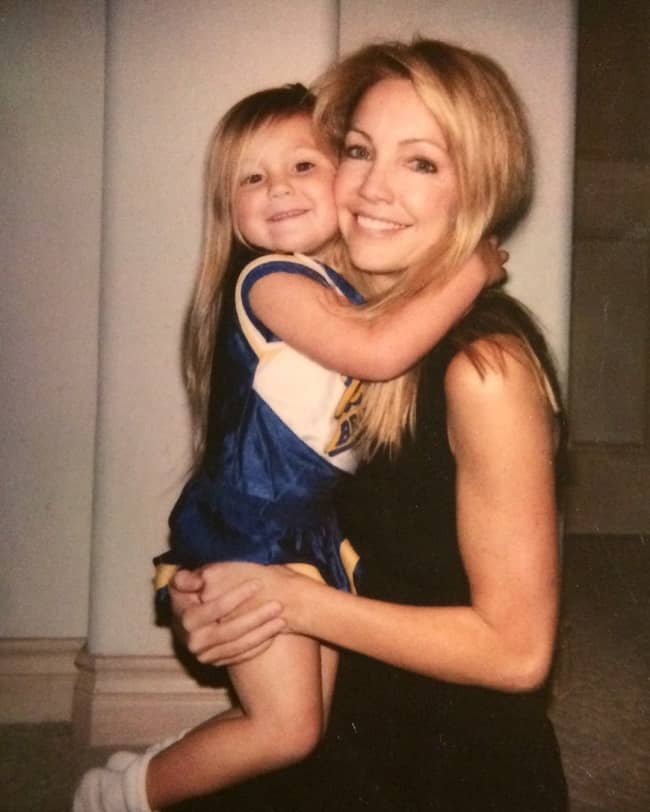 Caption: Ava Sambora posing for a photo with her mother in a childhood photograph. Source: Instagram

Ava Sambora is professionally a young actress and model. She made her on-screen debut as Wendy in the 2012 Judd Apatow film This Is 40. In this film, she worked opposite Paul Rudd. She also appeared early in her career in an episode of the television series Good Luck Charlie. Likewise, she modeled for her father’s fashion line, White Trash Beautiful, at a 2010 Los Angeles Fashion Weekend event.

She came under the spotlight at the age of 12. This was when she walked the runway for her father’s fashion line. She later became a bikini model. She has also campaigned for Teen Vogue and a packaged drinking water brand. Her acting credits include the comedy film This Is 40, the web series Summer Break, Fresh Off the Boat, and Good Luck Charlie.

Like her mother, she always aspired to become an actor. She made her debut in 2010, with the Disney Channel sitcom Good Luck Charlie. She appeared as Future Charlie Duncan in its episode Futuredrama. The same year, she ventured into modeling and walked for her father’s clothing line, White Trash Beautiful, at the Los Angeles Fashion Weekend.

She then made her big-screen debut 2 years later, with Judd Apatow’s Universal comedy This Is 40. She was featured as Wendy, the best friend of the lead character, Sadie, played by Maude Apatow.

In the year 2015, she teamed up with her Calabasas friends for the YouTube reality show “Summer Break”. She was also cast in the third season of the show that chronicled the life-changing experiences of a group of Los Angeles children.

After the web series, she took a short career break and made a comeback in 2016 as a bikini model. She was part of a bikini photoshoot at Malibu beach for Baes and Bikinis, a swimwear brand designed by Malibu resident Stephanie Princi. She later became the brand ambassador of the line.

Then in 2017, she walked the runway for the brand. In 2015, she was featured and profiled in the teenagers’ lifestyle and fashion journal Teen Vogue. She has also modeled for 138 Water, a packaged drinking water brand. Her Instagram page features her jaw-dropping pictures and is represented by Talentworks LA and LINK Entertainment. 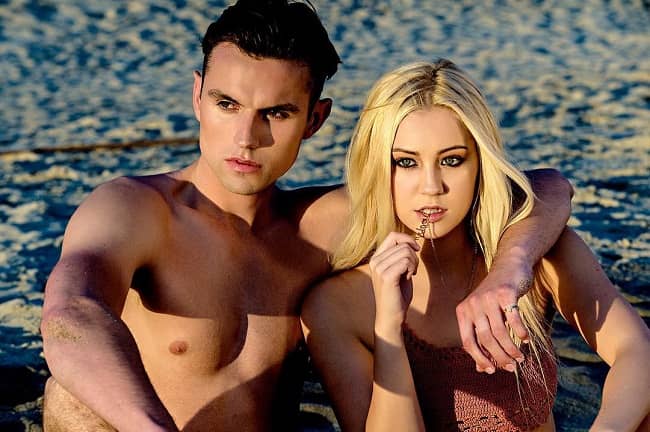 Ava Sambora is in a romantic relationship with Tyler Farrar. She often shares Instagram photos featuring her lover which are usually very adorable. It is unclear when the couple started dating. But the first photo on her Instagram featuring Tyler dates back to March 2019 and she captioned it “My lucky charm”. Since then, she has been frequently featuring him in her posts. They often travel to various tourist destinations around the world and share amazing photos from these travels.

Talking about her parents’ relationship details, her parents are divorced. Her parents Heather and Richie got married on December 17, 1994, in Paris. Then in 2006, her mother filed for divorce, citing irreconcilable differences. The court finalized their divorce in April 2007.

Heather and Richie were granted joint custody of her. Even after the divorce, the past couple spent time together with her. Then in 2015, the three went on a trip to Bora Bora. She also spent time with Richie’s former guitarist girlfriend, Orianthi. They vacationed together while she was shooting for Baes and Bikinis. 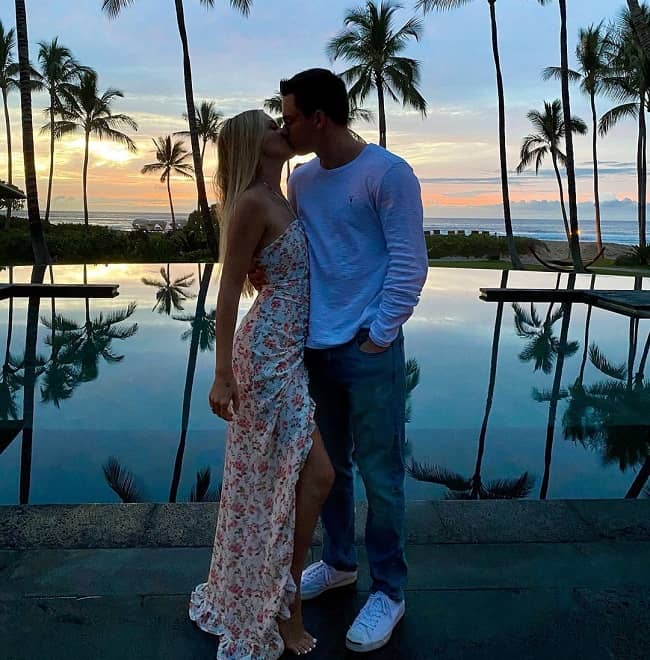 Caption: Ava Sambora posing for a photo with her lover Tyler in Malibu. Source: Instagram

Ava Sambora stands tall at a height of 1.6 meters or 5 feet 3 inches. Likewise, her weight is around 121 lbs or 55 kgs. Being a bikini model, she is a fitness freak. She visits the gym regularly to keep her bikini-perfect body in shape. She never leaves her house without her sunglasses and ChapStick. Moreover, she has blue eyes and blonde hair color.

Moving on, she has a net worth estimation of approximately 500,000 dollars. She might earn through her involvement in films, TV shows, and modeling for fashion brands and magazines among other income-generating activities at such a young age.