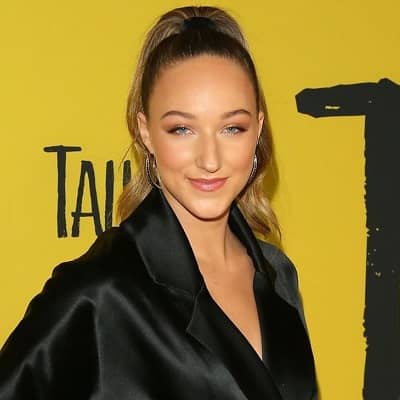 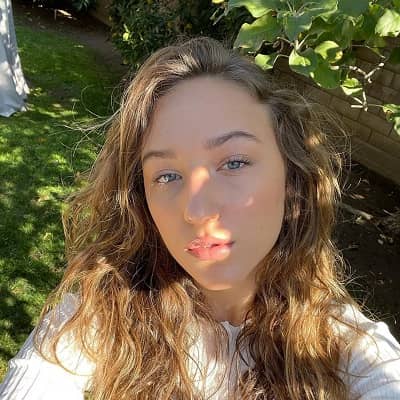 Ava Michelle is an actress, dancer, singer, and also a model. The actress Ava Michelle is popular for appearing as Jodi Kreyman in the Netflix comedy series, “Tall Girl” and also in the 3rd to 7th season of “Dance Moms”.

The actress’s birthdate is 10th April 2002 and her birthplace is Fenton, Michigan, USA. As of 2022 Ava’s age must be 20 years old and her sun sign is Aries. Similarly, the actress is an American citizen and has been following the Christian religion. Her full name is Ava Michelle Cota.

The name of her parents is her father, Rick Cot, and her mother, Jeanette Cota. Ava also has a brother and his name is Devon Cota. As for education, the actress attended JC’S Broadway Dance Academy whose owner and the operator were her mother. However, the Academy was shut down forever in the year 2017. The actress has also been taking classes for contemporary, ballet, jazz, tap, and pointe dances. 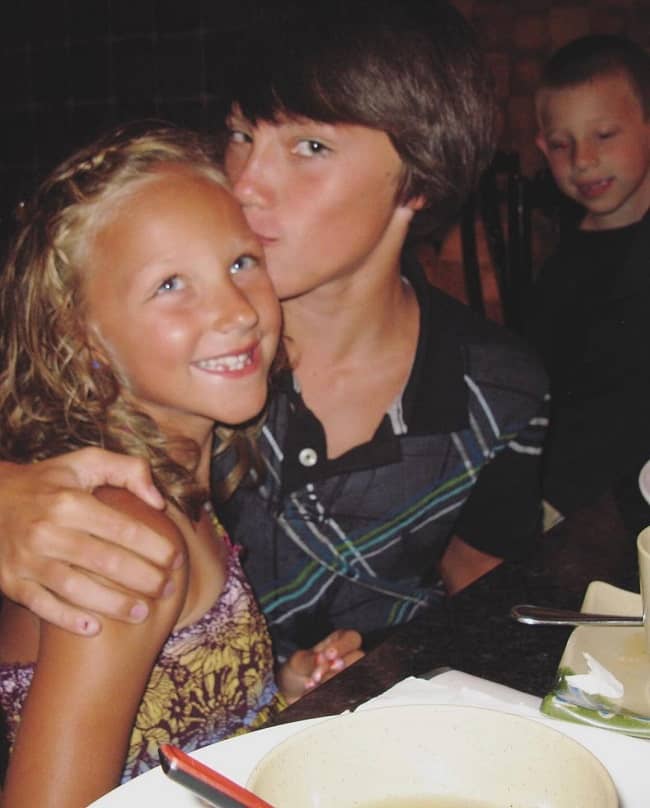 Caption: Ava Michelle with her brother when she was young (Source: Instagram)

Ava Michelle first started her career as a model and also as a dance teacher. The actress is perfect in everything such as dance, singing, acting, and modeling as well. Ava wrote the song, “Shine Thru Me” in the year 2015 which was all about the memory of her dad who died when the actress was still young. The actress herself has sung the song and was even present in its video. Additionally, Ava also tells about how her father will resume shining through her in every situation. Her first presence on screen was in the episode, “The Beginning of The End” of the show, “Dance Moms” season 3.

Then, the actress was present on the same show in the 3rd, 4th, 5th, and 6th seasons as well. Ava’s performance of “The Rapture” was the favorite among everyone. Subsequently, she was out of the shoe because of some problems with her tall height. The actress was then resuming to finish as a member of the Broadway Dance Academy and also of the Candy Apple’s Dance Center. Moreover, the actress has been present in numerous commercials and has also worked as a model for Sacs, Sally Miller Fashion, Patrick J Designs, Ford Motors, and many more.

In addition to her career, Ava Michelle is a part of a group of young hip-hop dancers for the Detroit Pistons, the Mob Squad. Ava is very fond of dancing and she began to dance at a studio at the age of just 2 years old. After one year, the actress went to her mom’s studio and eventually began training there. In the year 2014, the actress got the name Miss Pre-Teen Galaxy International. The actress was working very hard and for very long in the year 2015 together with her teachers. Ava Michelle has always been a member of numerous dance competitions to this day.

The actress has also been training very well together with the Broadway Dance Studio and other teachers as well. Besides all these talents of Ava Michelle, she is also an amazing and talented athlete. Furthermore, the actress’s athletic talents add aerobics, swimming, and also gymnastics which she does in her spare time only. Also, the beautiful model was present in the ‘Move the World charity’ event in the year 2014 that was held in Houston, Texas. The motive of organizing the event is to spread awareness about several problems from dance.

Ava Michelle even performed at the same event and the audience loved it a lot. The actress is also a part of hip-hop dancers for the Detroit Pistons, the Mob Squad. Michelle was also a performer at an event organized by “Cabaret for a Cause” in the year 2015. This program was organized with the motive to collect funds to support the helpless people and to spread awareness among everyone. Being a teenager, Michelle had to face cyberbullying just because of her tall appearance. Moreover, Ava Michelle was accused by several people of having a very thin appearance as well. However, these issues didn’t stop her from working hard and moving towards her dream and career. 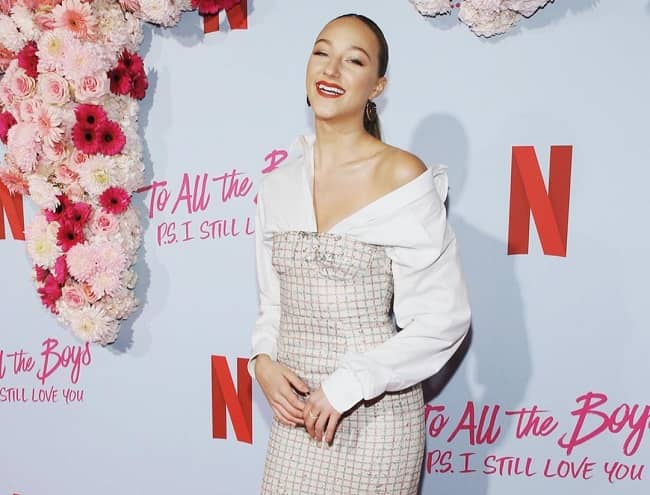 Being a successful actress and model, Ava Michelle earns a good amount of fortune from his outstanding career as an actress and model. The actress has used her every talent very perfectly and has earned an immense amount of fame and wealth too. As of 2020, the net worth of the actress, Ava Michelle has a net worth of around $500 thousand. Likewise, the actress gets a fortune of around $30 thousand as a salary. Currently, the actress is living a luxurious and peaceful life by herself which clarifies that she has a very bright future.

Ava Michelle is a young American personality who has been keeping her personal life somehow out of the media and public. The actress, Ava as of now is single and is not dating anyone. Ava Michelle has always been focusing more on her career and her professional life rather than on dating any guy. In addition, the actress has not been involved in any controversy and rumors to this day as well. Ava Michelle is a sweet and kind girl who has been leaving an impressive personality in the world.

Regarding the beautiful actress’s physical appearance, she is very beautiful and has a fair complexion. Ava Michelle has a good height of 5 feet or else 185 cm or 1.85 m. Likewise, the actress wears a shoe size of 9 (UK) and the size of his bra cup is 34 B.

The size of Ava’s breast is 36 inches, her waist size is 28 inches, and her hip size is 38 inches. Michelle has a pair of beautiful blue eyes with long blonde hair and a slim body type. The actress is very talented and loves to keep herself physically and mentally healthy.

Similarly, the actress has 36 thousand followers on her Facebook page. Furthermore, Ava Michelle has her own YouTube channel where she has 141 thousand subscribers as of April 2021. The actress uploads videos related to beauty, vlogs, fitness, and her lifestyle as well.