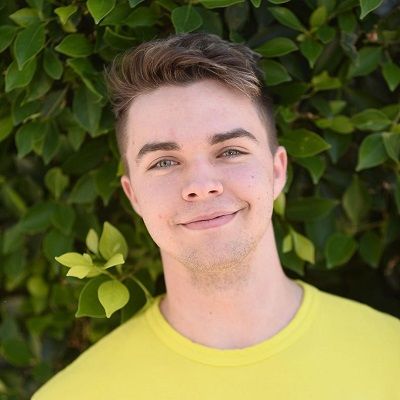 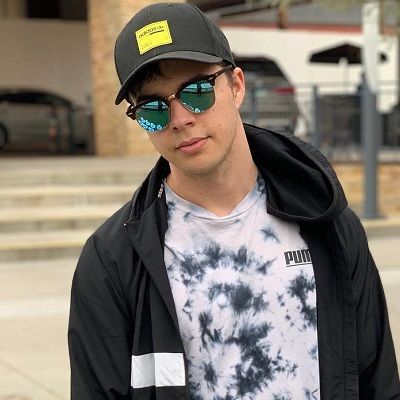 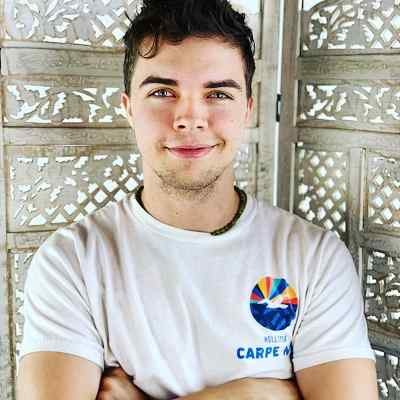 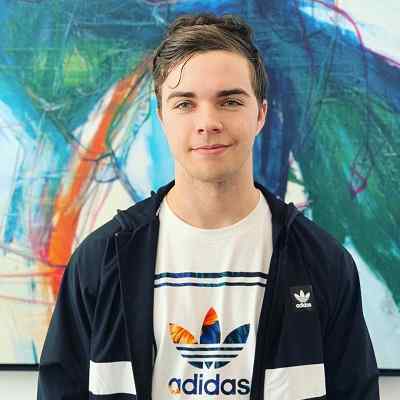 Austin Sprinz was born on 5 May 1996 and he is currently 24 years old. Similarly, he also has a brother named Jaden Sprinz, who is also a social media personality. Other than this, he has not shared much information regarding his parents, family, and childhood. He also has yet to share his educational journey with the public. 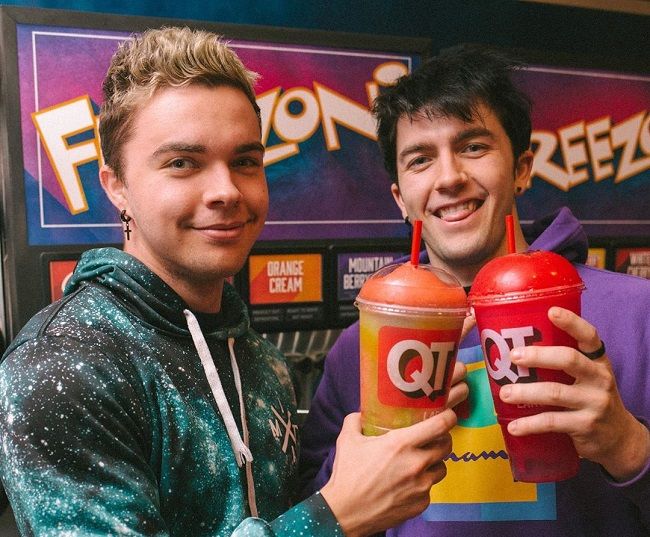 Austin Sprinz is a Tiktok star. He initially rose to fame as a short-form content creator on both the Tik Tok and LIKE applications. In 2018, he cracked the top 10 on the LIKE platform’s leaderboards in the United States. Similarly, he has over 9 million fans on TikTok. He also trained as a musician and launched his career by posting videos of himself playing piano and guitar.

Moreover, in early 2018, he visited Universal Studios Hollywood. Also he posted several LIKE videos using a filter featuring the likeness of DJ Marshmello.

He is also available on Youtube. He created his self-titled channel on 15 September 2017 and so far has 415k subscribers and 4,271,611 views. On his channel, both his brother and lover appear often in several videos. The video titled MY FIRST VLOG WITH THE GIRLFRIEND – THIS IS IT? uploaded on 14 September 2017 with 4,755 views is the oldest video on his Youtube channel.

Similarly, COUPLE DOES YOGA CHALLENGE – EPIC FAIL? uploaded on 2 July 2018 with 4,238 views and A DAY IN THE LIFE OF A TIKTOKER AND HIS GIRLFRIEND. I ACTUALLY WON A PRIZE FOR HER! uploaded on 25 October 2018 with 2,710 views are other oldest videos on his channel.

The CREATORS of JELLY FRUIT TIKTOK TREND Do Q&A! Austin and Jaden Race to eat JELLY FRUITS! with 1,275,657 views is the most-watched video. Other videos that have crossed 500k views are DIY Make Your Own Tiktok Jelly Fruit Candy! How to make jelly fruits when they are sold out!!!! and How to make your TikTok Profile Picture TRANSPARENT!! (See-through) with over 977k and 601k views respectively.

Austin is currently in a romantic relationship with his Girlfriend and she also occasionally appears in his social media posts. However, he has not shared her name yet. Other than this, there is no controversy, rumors, and scandals involving him that might hamper his professional career and personal life. He has maintained a clean profile. 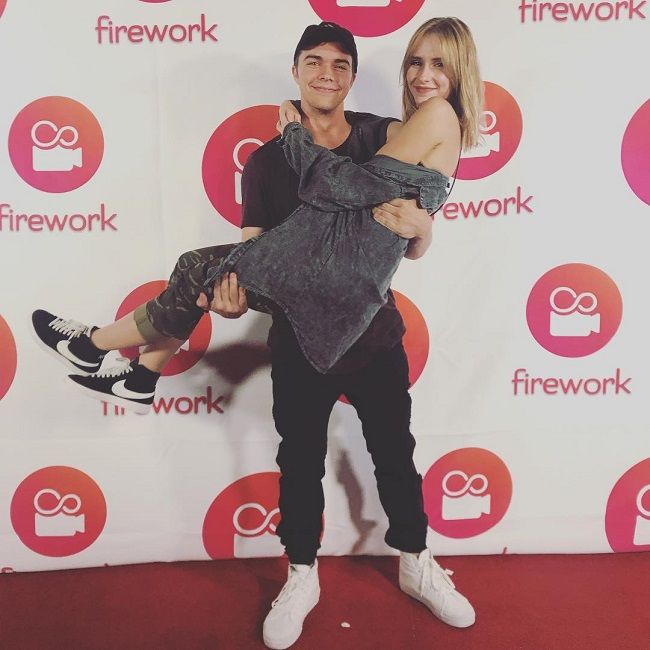 Caption: Austin Sprinz photographed with his supposed girlfriend in an event. Source: Instagram

He stands at a height of approximately 5 feet 7 inches and weighs around 70 kgs. Other than these, there is no information regarding his body measurement details like his chest-waist-hip, biceps, dress size, shoe size, etc. Further, he has hazel eyes and light-brown hair color. He occasionally experiments with his hair color into shades like blud and blonde among other colors.

Moving on, He has a net worth estimation of $1 million to $5 million. He primarily earns through Tiktok and other social media platforms. He has not done any sort of brand endorsement as of now.