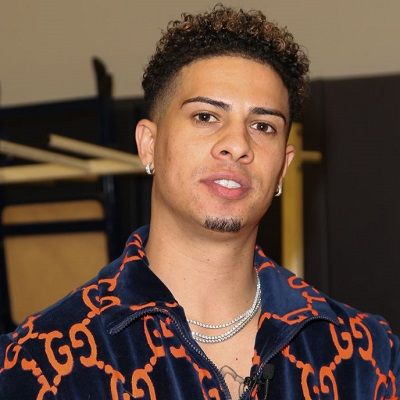 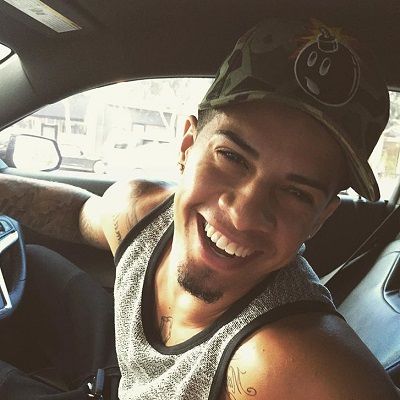 Austin McBroom is a former NCAA basketball player. Austin McBroom is now famous as a YouTuber, Instagram star, and media personality. He runs a family YouTube channel “The ACE Family” with his partner and kids.

Austin Mckinley McBroom was born on 20 May 1992 in Los Angeles, California. As of the year 2022, his age will be 30 years old. His mother is Michole and father Allen McBroom. His mother works at the Ladies First Fitness and Spa and also at The Camp Transformation Center.

Likewise, his father is an operations director at a non-profit camp for kids with serious health disorders. Moreover, he also has a brother named Landon McBroom, who is also a YouTuber and Instagram star like himself.

Furthermore, his parents are divorced and hence he has two brothers from his father’s side. Although his half-brothers’ names are not available to the public, Landon once tagged them on an Instagram post. Their Instagram accounts are @8061slimee and @allstarboogz.

He holds an American nationality and lives in Los Angeles, California with a family of his own. 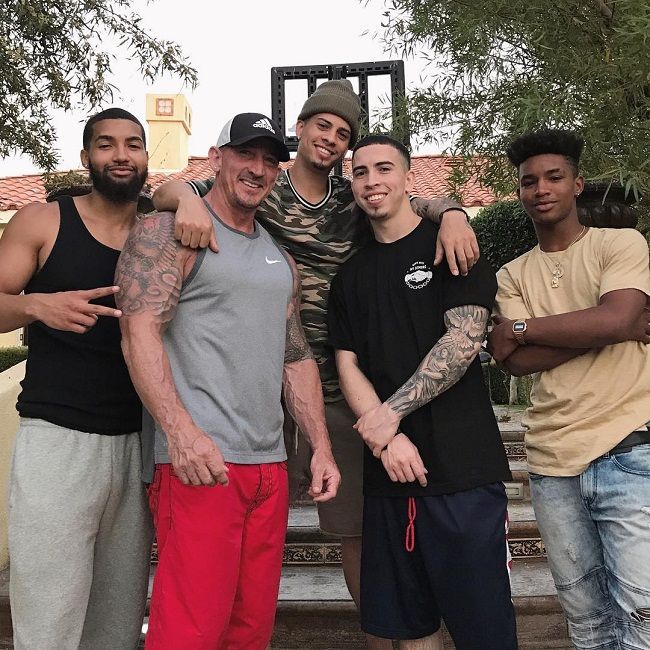 He attended Campbell Hall School located in Northern Hollywood. He later joined Central Michigan University, Saint Louis University, and finally graduating from Eastern Washington University with a degree in communications. He was on the basketball team in all the schools and universities he attended.

Austin McBroom is a former basketball player at the National Collegiate Athletic Association (NCAA). He started playing basketball when he was in Campbell Hall School and has played for Central Michigan Chippewas, Mid-American Conference All-Freshman team, Saint Louis Billikens, and Eastern Washington Eagles.

Moreover, he was also good at football and baseball. At present, he often plays basketball at charity events and other family events. As of now, the former basketballer is a well-known YouTuber, Instagram star, and a social media personality.

He along with his girlfriend created a Youtube channel named The ACE Family on January 11, 2016. He channel has gained over 18 million subscribers. He runs it jointly with his girlfriend and kids. They released their first song titled “You’re My ACE” on 30 September 2017 and another one titled “Giddy up” on 29 November 2019.

Their oldest video on The ACE Family is Q&A posted on July 27, 2016. The video was shared one month after the birth of their daughter, Elle. Since then, they have been posting videos in the channel into a family vlogging channel, with occasional challenge and prank videos.

The family channel uploads vlogs, crazy experience, challenges, prank video-related content with their fun family time. Youtube videos have been recognized and attracted lots of fan followers. One of the most popular videos on this channel is titled “THE BEST PROPOSAL OF ALL TIME!!! (JUMPING OUT OF A PLANE).” The video was posted on August 27, 2017, and has got over 34,933,757 views.

Some of their other famous videos on the channel which is worth watching for the full entertainment include titled “THE BEST PRANK OF ALL TIME!!,” “THE OFFICIAL ACE FAMILY LABOR AND DELIVERY!!!,”  “EPIC CAR ACCIDENT PRANK!!!,” “THE ACE FAMILY – YOU’RE MY ACE ( OFFICIAL MUSIC VIDEO ),” “SHE’S FINALLY HERE!!! **EVERYONE MEET OUR NEW PRINCESS**,” and more. All of these videos have crossed over millions of views.

Likewise, the duo frequently posts videos parking and challenging each other which are fun to watch. Their latest video on the channel as of April 2020 is “SURPRISING WIFE WITH HER OWN BEAUTY SALON ON WHEELS!, with 3.2M views and “WE MADE OUR OWN PREGNANCY BELLY CAST…,” with 4.7 million views. 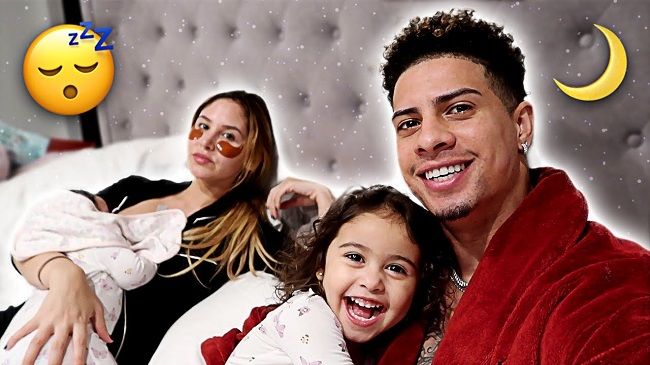 Austin McBroom has bagged several All-State honors for both basketball and football. Aside from these awards in the field of sports, he has also received an award titled “Name a Better Duo” at the Premios Juventud 2019 with his partner Catherine Paiz.

Furthermore, the couple has also bagged the “Board of Governors Award” at the Thirst Project’s 10th Annual Thirst Gala held at The Beverly Hilton Hotel on 28 September 2019. They were awarded for using their voice and platform to help raise awareness about the Thirst Project that is working to fight the problem of water crisis around the world.

Speaking on Austin McBroom’s earning, he is a famous YouTube star who runs The ACE Family channel who has earned a decent sum of money through his Youtube channel. He’s one of the main sources of income is Youtube videos. Looking at the YouTube statics, he has published 500 videos which all together add up to more than 3.4 billion views to date. They create 9 new videos every month on average and have a net worth of $8 million dollars as of April 2020.

Austin McBroom married his love of life Catherine Paiz after dating for long period of time. In January of 2019, Catherine Paiz and he uploaded a brand new video to their YouTube channel called “WE GOT MARRIED … (THE TRUTH).” The couple explained they got married two years ago under very casual circumstances.

Paiz is a fashion and fitness model and media sensation just like him. The couple started dating since 2015 and have been engaged in August 2017.

Additionally, he and Catherine have two daughters together, namely Elle and Alaia. Elle Lively McBroom was born on 28 May 2016 and is 3 years old in 2019. Similarly, Alaia Marie McBroom was born on 17 October 2018 and is one year old. The family of four is the epitome of a happy family as per their vlogs and YouTube videos.

Moreover, the duo is expecting their third child together. This time, it’s a boy.  After many months of quietness and privacy, his wife Catherine disclosed the news to the world with an Instagram photo on 3 January 2020. However, they didn’t share when the baby is due. Similarly, he has also shared the news on his Instagram account through the first ultrasound video of the baby boy. On June 20, 2020, they welcomed their baby boy Steel. The Ace family is completed with their baby boy.

Prior to Catherine, he dated Seiko Huffman. She is an American Reality TV Contestant. 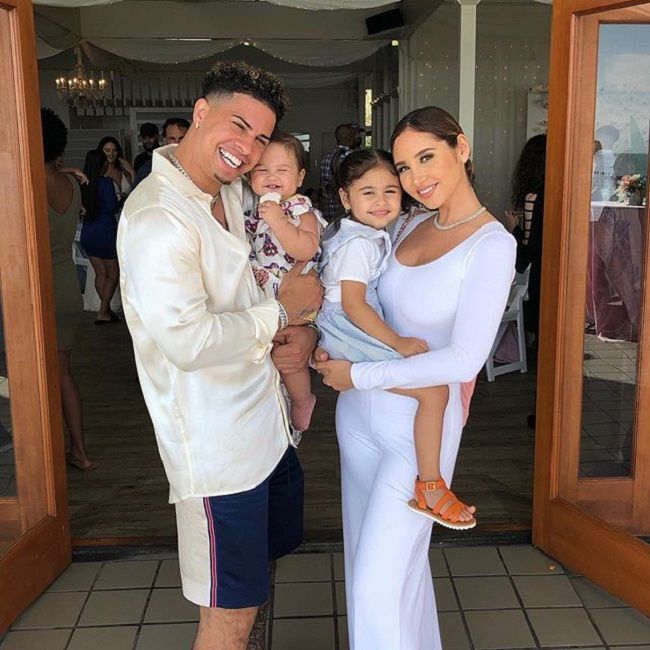 He officially met Catherine at a party in the year 2015. Despite this, they both knew each other for a few years since the two attended the same University; St. Louis University.He sent her a message about a month after their first meeting, but she acknowledged only after a month. When he asked her out on a dinner, Catherine received the invitation even though she didn’t go on dates at that time.

A few days later, she also invited him to go hiking, and the duo started dating soon after. They began seeing each other notwithstanding knowing that he was planning to transfer to East Washington University. But they continued their relationship even after he moved there. After his girlfriend Catherine unexpectedly became pregnant with their first child, the duo decided to keep the child and planned to have a family together. And the rest is a history that everyone can watch and get to know through their social media handles.

Being in the spotlight, the McBroom family has had quite a few scandals. A recent one is when a beauty vlogger named Cole Carrigan accused Austin McBroom of raping one of his close friends in Miami. This accusation was on 14 October 2019.

Cole also accused him of paying a gossip vlogger $500k to not post about his action. Earlier in July, an unnamed woman also claimed that McBroom made them sign nondisclosure agreements (NDA) after hooking up.

Furthermore, McBroom came under fire in January 2019 for posting a Snapchat video of him buying a phallic-shaped lollipop for his young daughter. He was bashed for purchasing and filming his then 2-year-old child licking the item at an adult sex shop.

Austin McBroom has an athletic body that stands 5’9″ tall and weighs approximately 72 kg. A short beard on his chin and afro hairstyle is his distinctive features. Likewise, his chest-waist-hip body measurement is 36-30-35 inches respectively. He also has biceps sized 14.5 inches. Moreover, he also has attractive tattoos on his hands and chest.

Likewise, he also has 17.7 million subscribers on his joint YouTube channel “The ACE Family”. He created this channel with his fiancee Catherine Paiz, in which they post vlogs, challenges, pranks, and their daily life and family.