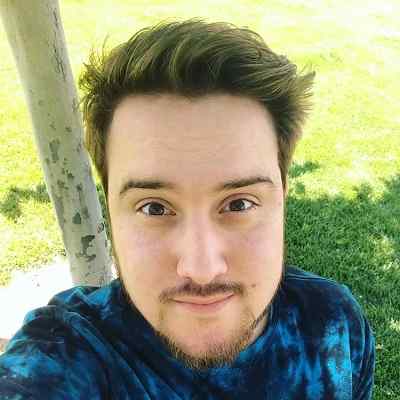 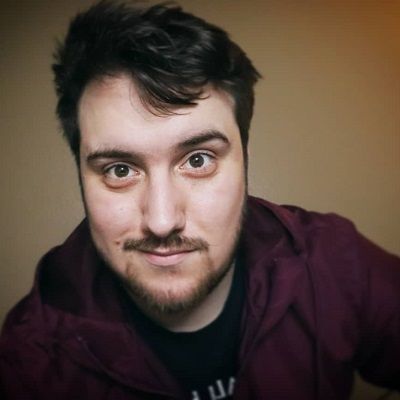 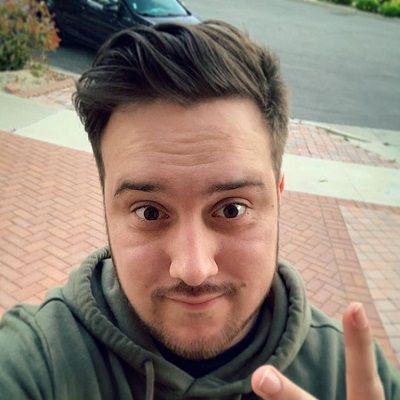 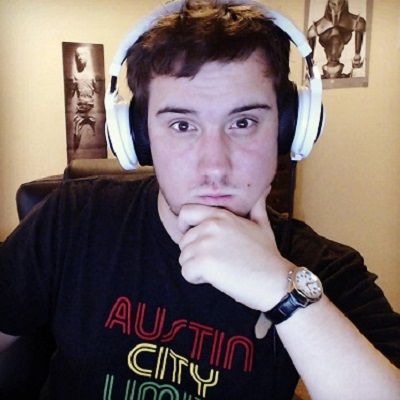 Austin Drippon is an American social media personality. Austin Drippon is primarily a Youtube personality who focuses on gameplays including Roblox, Minecraft, Smash Bros. Brawl, Fortnite, etc. He is also a streamer on Twitch and a partner with Alienware.

Austin Drippon was born on July 26, 1994, and he is currently 27 years old. He hails from Sacramento, California, and there he attended Mira Loma High School. However, there is no information about his educational journey after graduating from high school.

He might have completed university education at his age unless he decided to take a break or discontinue his studies to focus on his professional journey. There is no information about his parents, siblings, and other family details. He is an animal lover and has two pet dogs namely Yoshi and Flash, and a cat named Casper. He has shared numerous photos of them on his Instagram account. 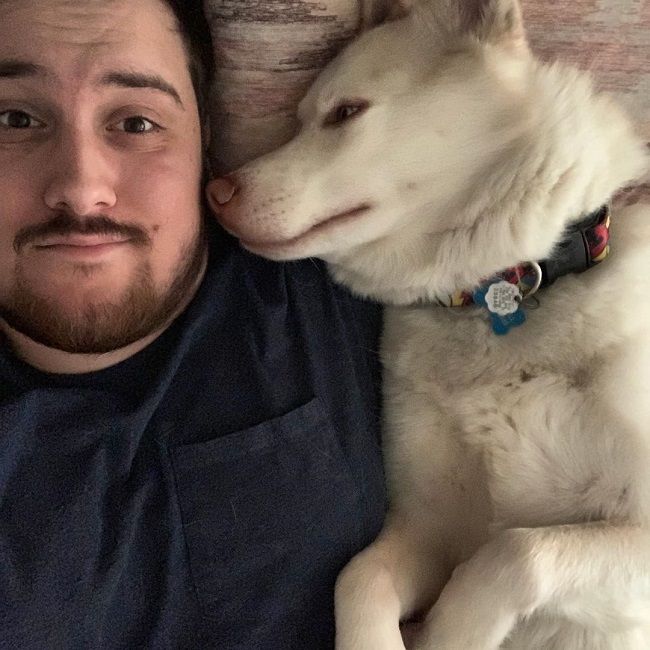 Professionally, Austin Drippon is a social media personality. He is primarily a Youtube content creator who focuses on gaming. He became a fast-rising name on YouTube with his “BiffleWiffle” channel, where he shares gaming highlights with over 460,000 subscribers.

Some of the games he most often plays include Super Smash Bros. Brawl, Fortnite, and ARK: Survival Evolved. He also has a second gaming channel called “BifflePlays”. He has squared off against JeromeASF on YouTube.

Talking in more detail about his Youtube channel, he created his main Youtube channel “BiffleWiffle” on November 3, 2017. Since then, he has earned 31 million views and over 460K subscribers. The oldest video dates back to 10 November 2017. The video’s title is SIGILS YELLS AT ME!? (Minecraft Minigames) and it has earned over 13k views by the time of writing this biography.

Likewise, the most-watched video on his channel is I ROBBED a VAULT as FLASH on Crazy Craft! This particular video was uploaded on February 15, 2020, and so far has over 604.7k views. Other videos with over 350k video views are McDonald’s ORDER Your LOOT Game Mode w/Ssundee *NEW* In Fortnite Battle Royale, Minecraft BUT I’m THANOS! (Infinite Power), INFINITE MONEY FARM on Crazy Craft and PLAYING as SUPERMAN in Minecraft (Crazy Craft) views ranging from 356k to 464k views each.

He also created his second Youtube channel called “MrQuackerJack” on November 4, 2017, and this channel is dedicated to Roblox gameplays. Moreover, this channel has earned over 73.7k views and 7.04K subscribers. The oldest video on this channel is BECOMING THE KING OF MINIGAMES IN ROBLOX uploaded on October 22, 2018. 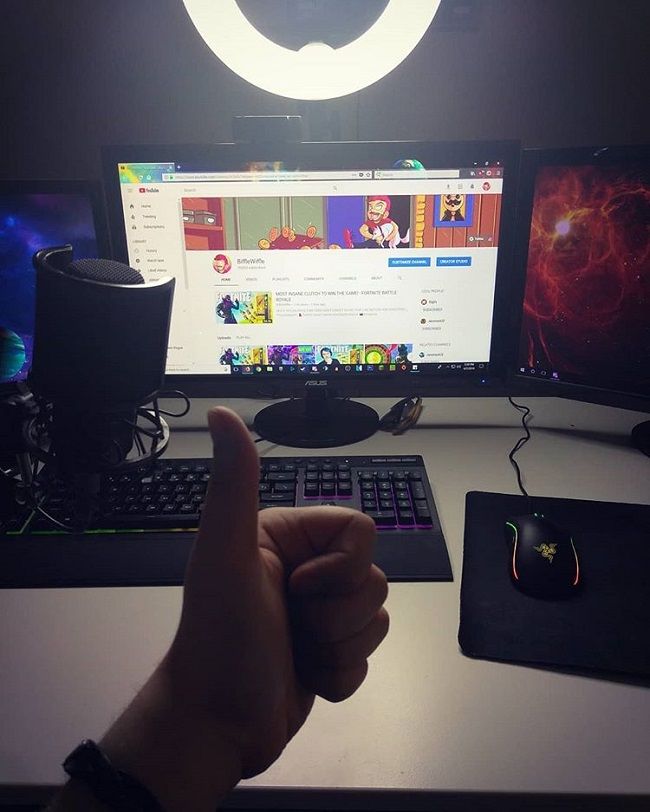 Austin Drippon has been in a relationship with Maia Dolliole. The lovebirds have been together since February 2016. Moreover, he frequently shares photos featuring his girlfriend on his Instagram account. He uploaded his girlfriend’s photo for the first time on March 27, 2016. It was a photo of Maia alone taken at a restaurant for an Easter breakfast.

Since then, he has shared many photos of them enjoying their time together at the zoo, beach, drive, bar, etc. Moreover, he has maintained a clean public profile that is away from rumors, scandals, and controversies that might hamper his professional career and personal life. 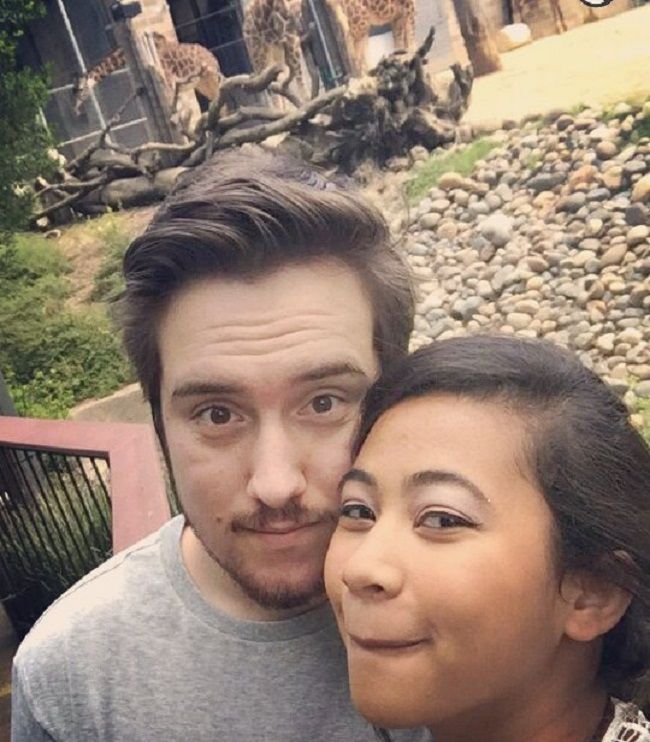 Caption: Austin Drippon posing for a selfie with his girlfriend during their visit to a zoo. Source: Instagram

Sadly, there is no information regarding Austin Drippon’s body measurement details. His height, weight, chest-waist-hip measures, dress size, shoe size, etc are all unavailable at the moment. Similarly, he has brown eyes and hair of the same color which he has dyed pink at one time in life.

Talking about his social media presence, Austin Drippon joined Twitter in August 2012 and so far has over 15.6K followers on his @AustinDrippon account. Likewise, he goes by @austindrippon on Instagram and this account boasts 67 posts shares and 6,914 followers at the time of writing this biography.

He is also a Twitch streamer under the username @BiffleWiffleTV and has earned more than 9.8k followers. He is also available on Facebook. Likewise, He created his official Facebook page on October 24, 2019, and has over 3.8k people following his journey.

He then created his “BiffleWiffle” gaming channel on November 3, 2017. So far, he has earned 31 million views and over 460K subscribers. Likewise, he also has a secondary Youtube channel called “MrQuackerJack”. He created this on November 4, 2017, and has earned over 73.7k views and 7.04k subscribers. We can also contact him at [email protected] for business inquiries.

Moving on, he has a net worth estimation of approximately $1 million to $5 million dollars. His Youtube channel “BiffleWiffle” alone is worth $142,000 dollars. He has published over 460 videos which all together add up to more than 31 million views. He creates on average 16 new videos every month earning 63.8k video views and 1.1k new subscribers every day. Further, he has also partnered with Alienware. It is a company that innovates products specializing in gaming and high-performance PCs.