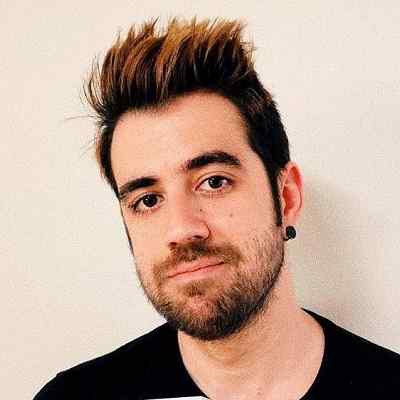 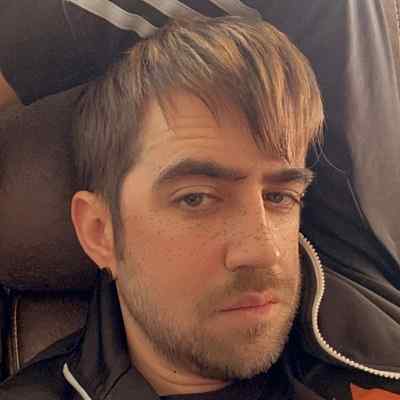 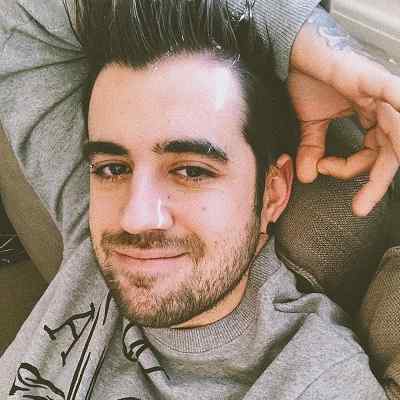 AuronPlay was born in Barcelona, Spain, on November 5, 1988. He is 32 years old and is under the zodiac sign, Scorpio. He holds Spanish nationality. Likewise, his real name is Raul Alvarez Genes.

His mother’s name is Silvia Genes Arenas but his father’s name is unknown. He also has an older brother of four years and a sister who is 16 years younger than him but heir names are unknown as well. Likewise, he owns a black cat, Don Gato. Auron loves spending time with his family and his pet cat. However, he barely talks about his family on social platforms. And wants to keep them away from the limelight and social world.

Regarding Auron’s educational background and qualification, the name of the educational institutions he attended is not available at the moment. And considering his age, Auron must have graduated from both high school and university. Until and unless Raul is a dropout or decided to quit further studies. 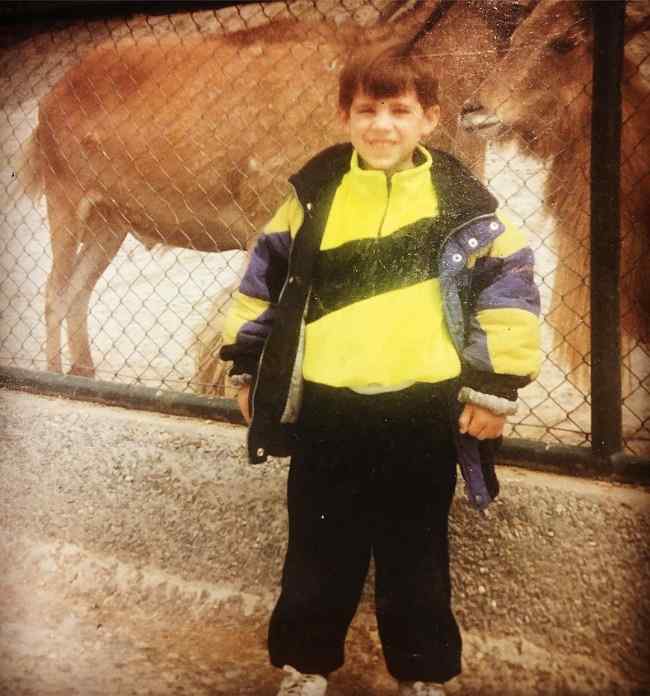 AuronPlay began working at the age of 16, in a printing company where he would spend 9 years. He launched his Youtube channel “AuronPlay” on February 28, 2006, and has accumulated altogether 3,355,883,447 views until now. In the beginning, back in the year 2008, his videos were basically judgments on different topics, mostly casual. And, as of 2012, Auron dedicated himself to making several “video-criticisms” of different YouTubers, such as JPelirrojo, who almost made him close his channel.

He even criticized the phenomenon of gameplays. And, his critical vision and his toughness without hairs on the tongue soon caused him many enemies and conflicts with other Youtube. This caused the closure of his channel due to strikes and led him to rethink what content he should upload. Then, from the year 2013 to today, his Youtube channel focuses on humorous criticisms of other unpopular videos on the network.

Auron also tends to make jokes on the phone and compilations of funnier forum posts. Likewise, this new content significantly increased his fame on the Internet. Moreover, in July 2015, Auron posted the video Los Burlaos, by Josemi, where he criticizes his song, achieving a great repercussion and a drastic increase in views and subscribers. And, from that video, he made several related ones.

Moreover, most of his videos from the year 2012-2013 have been private since the end of 2016. Likewise, his current videos are very different from before. They focus more on humor and less on criticism, and that new approach promoted the “juices” meme. Some of the popular videos on his channel are YOUTUBE´S MOST ANNOYING CHILD, PRANK CALLING JORDI WILD, BUUUUUU. DO I SCAAAAARE YOU?, REACTING TO MY MEMES #1, and FALSE STABBING. All of these videos have garnered more than 23 million views to date.

Furthermore, “Auron” is his secondary channel and he mainly uploads random stuff, as was the case with his ASMRs and Instagram stories. However, later he began uploading videos more often because they found clips from his Twitch account. He plays Karmaland, participates in GTA V Roleplay Series: SpainRP, and plays other more games on Twitch. Despite having started uploading videos to this channel in the year 2018, the channel was created on December 12, 2013.

And some of the popular videos on this channel are AMONG US #1 || EMPIEZAN LAS TRAICIONES, mi primer ASMR Espero k os guste – AuronPlay, AMONG US #2 || SOY UN SUCIO TRAIDOR, and RUBIUS ASALTA MI STREAM || KARMALAND #25. These videos have accumulated more than 12 million views as of now. 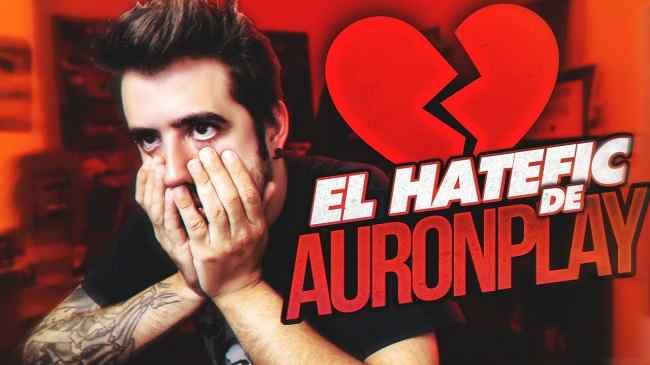 “The hater game” is the first novel made by him and revealed in the video I RETURN TO MY OLD JOB. The novel is about a famous Youtuber who makes a phone joke to a person who makes replica dolls of celebrities about the ridiculousness of his work. However, the person who was played the joke was not very good in the head and did not take the joke very well, so he decides to make life impossible for the Youtuber.

Likewise, “AuronPlay, The Book” is his second book and is about your personal life, how he grew up, and how he got to fame on YouTube. “Worst, Best: Auron’s Tips” is the third book and is about his answering questions from all over the Internet. And, “2000 jokes” is during the previous season Auron started a lot of videos reading with him he told shitty jokes because of how bad they are.

In social networks, more specifically on Facebook, it became fashionable and trend for them to make fake news about AuronPlay. They treat him as an alleged terrorist and criminal with old photos of him and giving him false names such as “Rodolfo” Alias ​​”Naruto” Alias “Abduzca”. And, wherein the publication, the person stated that Auron committed said crime, such as exploding a car bomb, homicide, kidnapping of minors and drug trafficking, in various areas of Latin America and based on murders and real misfortunes. Although sometimes they treated him as a hero who did good deeds and many other things.

Moreover, many people believed this, and many others did not because they knew the YouTuber, but the number of people who believed it was immense. At first, Auron was amused but said that the issue got out of hand, so they stopped doing it en masse, however, they still do it but less frequently. Likewise, they also do this with Luisito Comunica and DrossRotzank. And, later this continued and there were many people who still believed it, leading him to do a second part.

Later in his video REACTING TO MY MEMES # 5, the hoaxes reappear where he is accused of having created the coronavirus, with quite a few people believing it.

AuronPlay is possibly single at the moment. He seems to be more focused on his career and Youtube rather than being in a relationship. Or maybe Auron wants to keep his personal and love life private and away from the limelight. According to famousbithdays.com, in the past, he was in a relationship with a popular Instagrammer, BJean. Other than this, no further information is available until now. 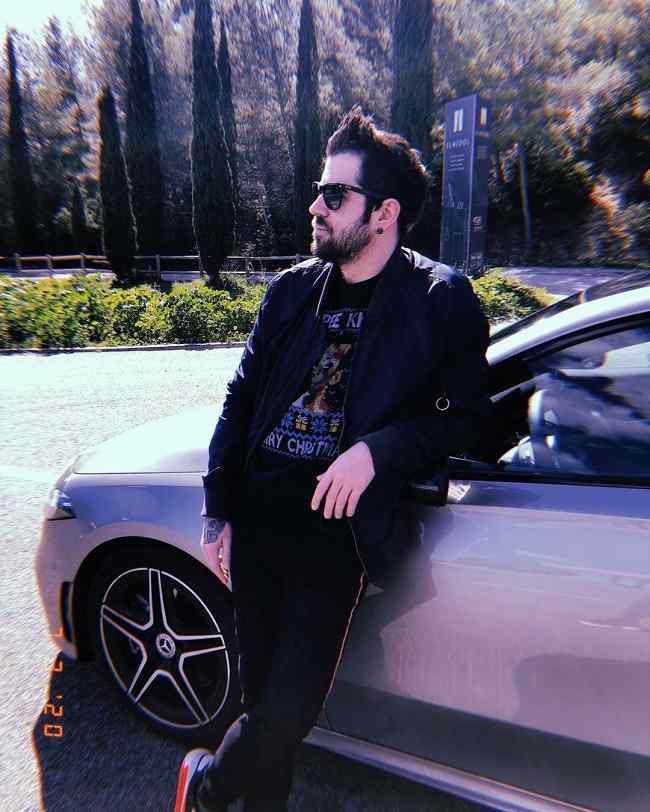 Talking about his earnings and income, his main income source is Youtube. He has an estimated net worth of $9.9 million. And he has published 401 videos which all together add up to more than 2.7 billion views.