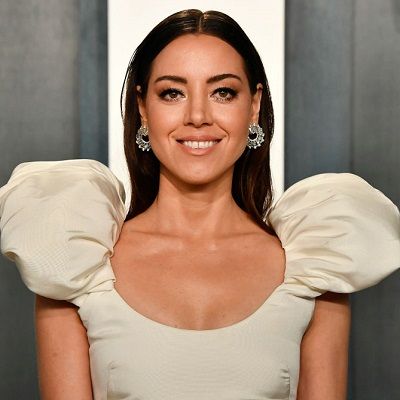 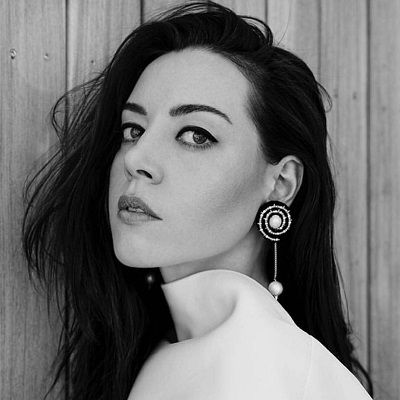 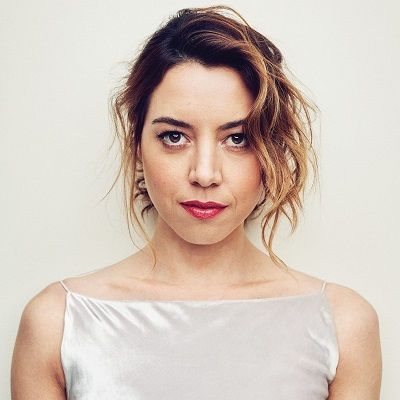 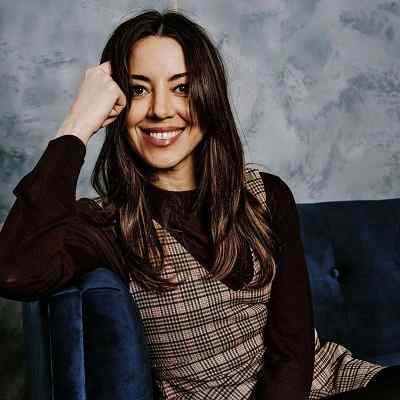 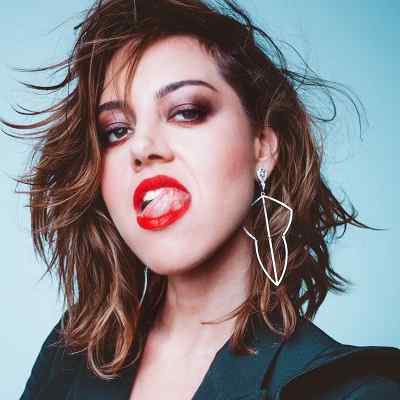 Aubrey Plaza is an American actress and comedian known for her deadpan style. Aubrey Plaza broke through with her role as April Ludgate in the television series Parks and Recreation (2009).

Aubrey Plaza was born on 26th June 1984, in Wilmington, Delaware, United States.  As of 2022, she is currently 38 years old. She was born Aubrey Christina Plaza. Her parents are named Bernadette, an attorney, and David, a financial advisor. She has two sisters named Renee and Natalie. As her father is of Puerto Rican and her mother is of European-American descent, she was raised Roman Catholic.

She graduated from Ursuline Academy, an all-girls Catholic school, in 2002. She was student council president and participated in productions with the Wilmington Drama League in high school. Similarly, she studied film at New York University’s Tisch School of the Arts, graduating in 2006.

When she was 20 years old, she suffered a stroke which became the reason for her temporary paralysis as well as expressive aphasic. Hopefully, she then recovered fully. 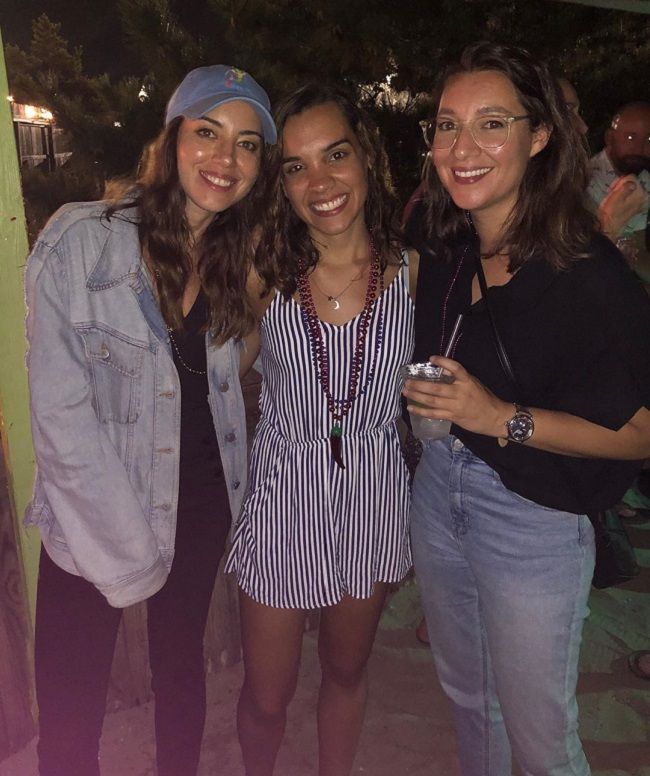 Aubrey has had many internships and worked as an NBC page. She started her career by performing improv and sketch comedy at the Upright Citizens Brigade Theater. She has performed stand-up also and has appeared at the Laugh Factory and The Improv. In 2009, she played Seth Rogen’s love interest, Daisy, Fenny People directed by Judd Apatow. Similarly, in the same year, she appeared in ‘Scott Pilgrim vs. the World, and ‘Derrick Comedy’s Mystery Team, which debuted at Sundance.

From 2009 to 2015, she played April Ludgate in ‘Parks and Recreation. Moreover, she performed at ‘A Night of 140 Tweets: A Celebrity Tweetathon for Haiti’, at the Upright Citizens Brigade Theatre in Los Angeles on March 12, 2010. She appeared in Portlandia in 2011.

Likewise, she has also featured in 2012, in Father John Misty’s music video for the song ‘Hollywood Forever Cemetery Sings’ from the album Fear Fun. She was in Cassorla’s ‘Bona Fide’ in the 2014 video where she also made her saxophone-playing debut.

In January 2014, at the Sundance Film Festival Plaza’s film, Life After Beth, which was written and directed by her boyfriend Jeff Baena, premiered. She portrayed Aaron Burr in 2016, in the ‘Hamilton episode of Drunk History.

Moreover, it was announced that she would star in the indie comedy ‘An Evening With Beverly Luff Linn’ in 2018. She has been starring as Lenny Busker since 2017, in the FX series Legion. Moreover, in 2019, she starred in Child’s Play, a reboot of the 1988 film, as Karen Barclay, Andy’s mother brings home a killer doll, Chucky. 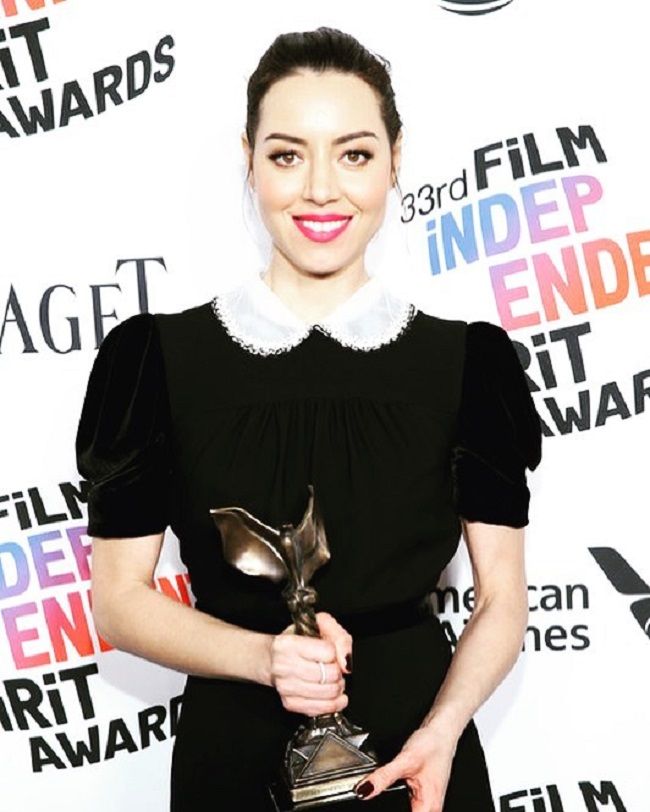 Reflecting on her personal life, Aubrey is not married yet. However, she has dated some men in her life. She first dated actor John Gallagher Jr. when they were both 15 years old.

Plaza revealed that she used to be in a relationship with actor Michael Cera in 2016. The couple met on the set of Scott Pilgrim vs, The World. She said that they almost got married in 2010 in Vegas, but couldn’t last longer than a year and a half.

As of now, she is in a relationship with her boyfriend, Jeff Baena. He is a director and writer. They have been dating since 2011. They live together in Los Angeles, California, and work together often.

In 2016, Plaza mentioned in an interview with ‘The Advocate’ that: “I know I have an androgynous thing going on, and there’s something masculine about my energy. Girls are into me — that’s no secret. Hey, I’m into them too. I fall in love with girls and guys. I can’t help it”. This rose the question about her sexuality and it seems like she is a bisexual as per her saying. 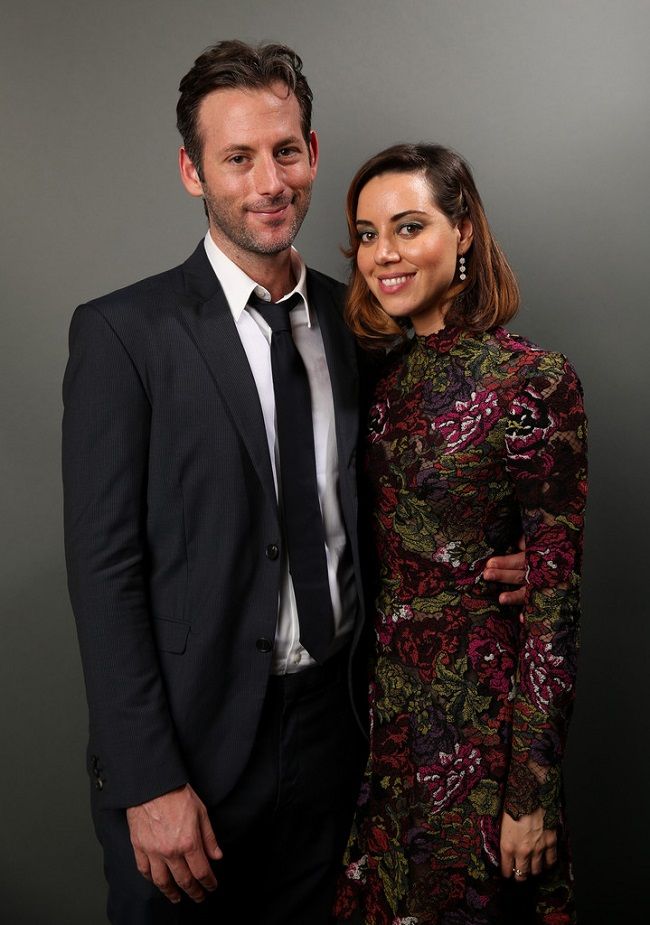 Aubrey has gained a huge sum of money from her acting career. She has starred in numerous movies and television series. However, she has a net worth of $6 million. She is living a luxurious and happy life.