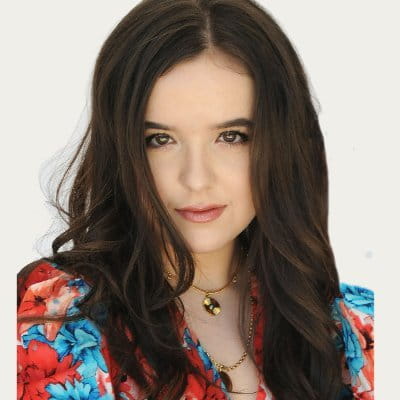 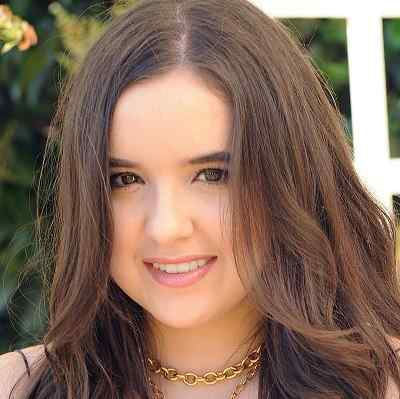 Aubrey Miller is an American actress, a dancer as well as an aspiring singer. Aubrey Miller is mostly known for her roles in television shows such as ‘Just Add Magic,’ ‘Austin & Ally,’ and ‘Shameless.’

Aubrey Miller was born on August 8, 2001, in California, USA. She is also known as Aubrey Kathryn Miller and she has been home-schooled by her mother. Her birth sign is Leo and she holds an American nationality. Further information regarding her early life and parents haven’t been provided. She loved dancing so she started taking dancing lessons since she was three years old. In 2011, she appeared as a dancer in the finals of the inaugural season of NBC’s ‘The Voice’. 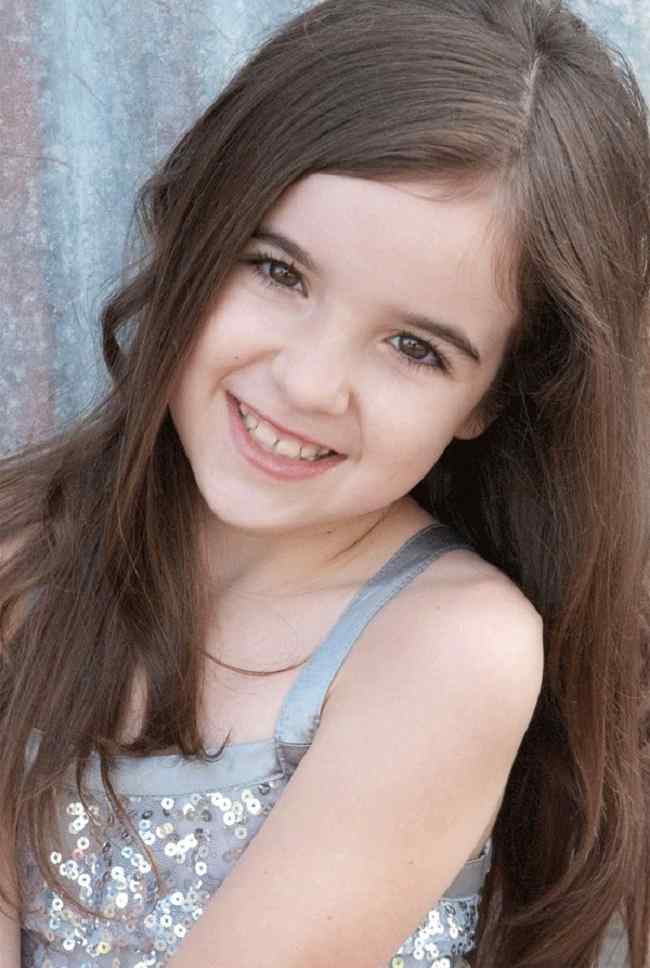 Aubrey landed her first role in a television series, after finding a dance agent to represent her. Her first screen debut was in 2010, in an uncredited role in a commercially successful Indian film called, ‘My Name is Khan.’ Shah Rukh Khan, Kajol, and Sheetal Menon were starred in the movie. She also appeared in another Indian film, Siddharth Anand’s directional venture, ‘Anjaana Anjaani.’

Her third film, a Greek-American project called ‘A Green Story,’ was released in 2012. In the same year, she made her small screen debut by guest-starring in an episode of Disney XD’s ‘Kickin’ It. She also made an appearance in Rondell Sheridan’s short film ‘Worldplay.’ She made a series of guest appearances in both films and TV shows. Later, she was cast in the American live-action musical preschool television series, ‘The Fresh Beat Band’ as Jr. Kiki.

The series aired on Nickelodeon from August 24, 2009, to December 7, 2013. Scott Kraft and Nadine van der Velde created the series. It starred, Kraft van der Velde, Heather MacGrilvray, Kim Duran, and Linda Mathious.. In 2012, she also was cast in Disney Channel’s ‘Austin & Ally,’ as the recurring character Megan Smith. She appeared in three episodes of season two and acted alongside Ross Lynch. 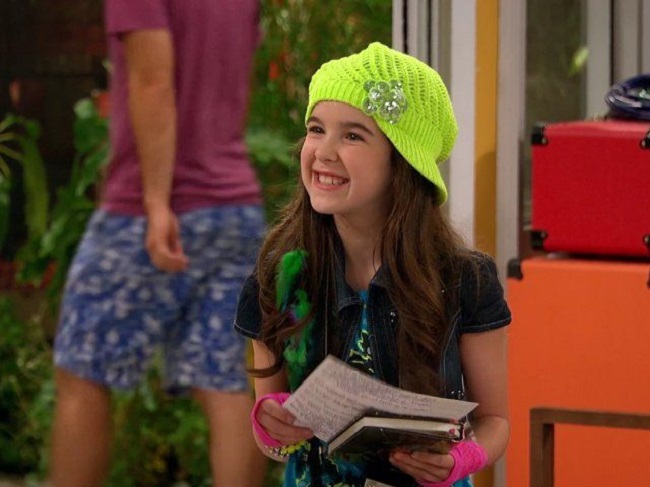 In 2013, she was cast in the short film ‘Super Impossible Squad’ as Autumn ‘The Boss’. She portrayed the character Ellie in the season one episode ‘#MyPoober’ in Nickelodeon’s ‘Sam & Cat’ television series. Similarly, she appeared in the season four episode named after her character, Emily, in Showtime’s comedy-drama ‘Shameless’.

In another Showtime TV series, ‘Californication’, she played a character as an 11-year-old Becca. She also portrayed Tess Dynamite in the season one episode ‘Get Sporty-er!’ of Nickelodeon’s ‘Nicky, Ricky, Dicky & Dawn’.

She played as Maddy Kolinsky in the American drama film ‘Spare Parts’ in 2015. Then, she appeared in the popular ABC sitcom ‘Fresh Off the Boat’. She shared screen space with the likes of Noah Lomax, Aedin Mincks, and Leigh-Allyn Baker, in the family adventure film ‘Little Savages’ (2016). In an episode of Disney Junior’s ‘Whisker Haven Tales with the Palace Pets’, she did her first voice-over work. She lent her voice to a character called Muffin in 2016.

In the same year, she portrayed one of the main protagonists in Amazon Video’s ‘Just Add Magic,’ as Hannah Parker-Kent. The cast was one of the three friends along with Darbie O’Brien (Abby Donnelly) and Kelly Quinn (Olivia Sanabia) who find a magic cookbook in the series ‘Just Add Magic.’

Joanna Lewis and Kristine Songco created the show. It is inspired by the book of the same name by the Agatha Award-winning author Cindy Callaghan. The show premiered on Amazon Studio on January 15, 2015, and has aired two seasons to date. Her fans praised her performance. As a result, the show enjoys a significant amount of popularity.

Currently, she has her hands full with numerous upcoming TV projects. She created her YouTube channel in September 2011 and uploaded her first video in November. She often posts dance covers of popular songs on her YouTube channel.

She hasn’t received any awards yet. However, she has won the hearts of thousands of people through her amazing acting and dancing. She surely has a good amount of net worth from her successful acting and dancing career. But her actual net-worth isn’t available yet.

Aubrey is still single and there aren’t any rumors regarding her past relationship and affairs. She is still focusing on flourishing her career.

Aubrey has beautiful brown eyes and brown hair. She weighs about 45 kg and her height is 5 feet 3in. Her body measurement is 32B-24-33 (breast-waist-hips) and her body type is pear. She has her own self-titled YouTube channel (Aubrey Miller), which has 63.1k subscribers. 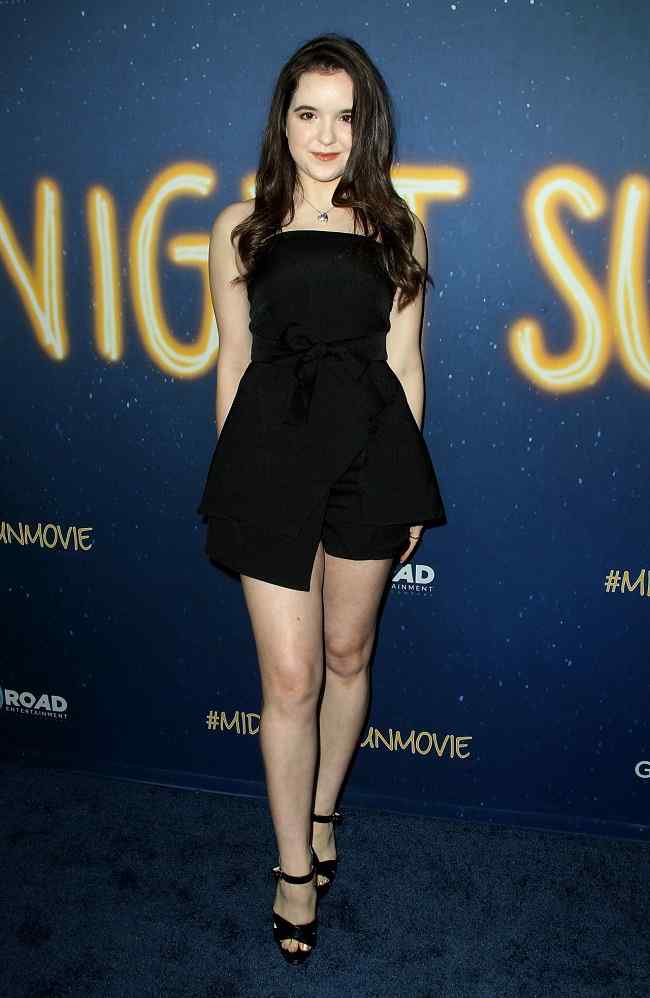