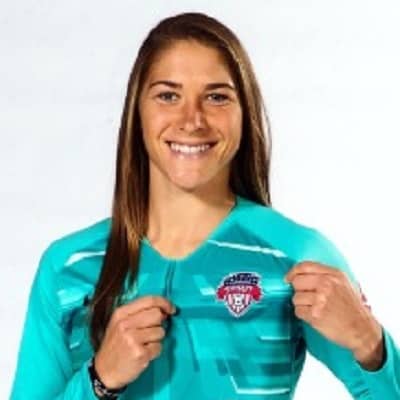 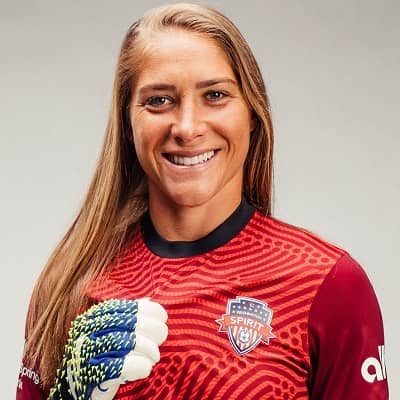 Aubrey Bledsoe is a professional football player from the United States. Aubrey Bledsoe has been playing football from an earlier age and has played for many clubs to date. She is continuing her journey with Washington Spirit in the National Women’s Soccer League.

Aubrey Bledsoe was born on 20th November 1991, in Cincinnati, United States of America. This makes her 30 years old as of now. Her father’s name is Paul Bledsoe, and her mother is Char Bledsoe.

While she holds an American nationality and practices Christianity. Further, she belongs to the Caucasian ethnicity. According to astrology, she has Capricorn as her zodiac sign.

Talking about her formal educational status, she completed her schooling at St. Ursula Academy school from her hometown. And, she also accomplished her higher studies at Wake Forest university. She got a degree in health and exercise science and minors in chemistry and biology.

Talking about the profession of Aubrey Bledsoe is a professional football player. She was very interested in football from a very early age and wanted to have a career in it. Following her passion, she is doing great today.

Initially, she started playing football at her school and college too. With her football team in University, she holds the career record for shutouts, goals against an average of 0.91, games player and started 94, and minutes played in goal. 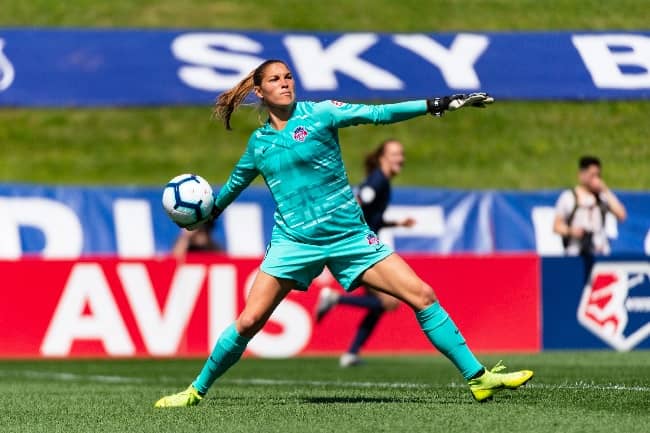 The player has also been named All-American three times. She also earned third-team honors from the NSCAA in 2011 and 2012, while second-team honors in 2013. After having a great collegiate career, she joined Los Angeles Blues in 2014, the USL W-League side. She later joined IK Grand Bode after a brief stint with LA Blues. She made around 11 appearances with this team.

Later, she went on to join Sky Blue FC in the 2015 season. But, she was soon loaned off to Danish club Fortuna Hjorring of the Elitedivisionen along with her teammate Nadia Nadim. She also competed in UEFA Women’s Champions league. In 2016, she joined Orlando Pride appearing in 11 matches, earning 5 wins and 2 clean sheets. After completing her terms in Orlando Pride, she joined Sydney FC in 2017-18 W-League.

Soon in 2018, Aubrey was traded to Washington Spirit in an exchange deal with Shelina Zadorksy. She has been playing with the team till today. But, she was also loaned to Sydney FC in September 2018. Her term there was a success as she helped Sydney FC to reach its second straight Grand Final. Along with it, she also helped the club to win the 2019 Grand Final. Likewise, she also became the 2018-19 W-League Goalkeeper of the Year.

Aubrey Bledsoe is living a comfortable life with his family. Thanks to the fame and fortune he has earned from his work as of today. Moreover, his total net worth is about $1.5 million US dollars as of 2022.

Moving on toward the romantic and private life of Aubrey Bledsoe, she is married. She has tied the knot with Matt Kingsbury in December 2021. They are leading a comfortable life but have yet to have any children. 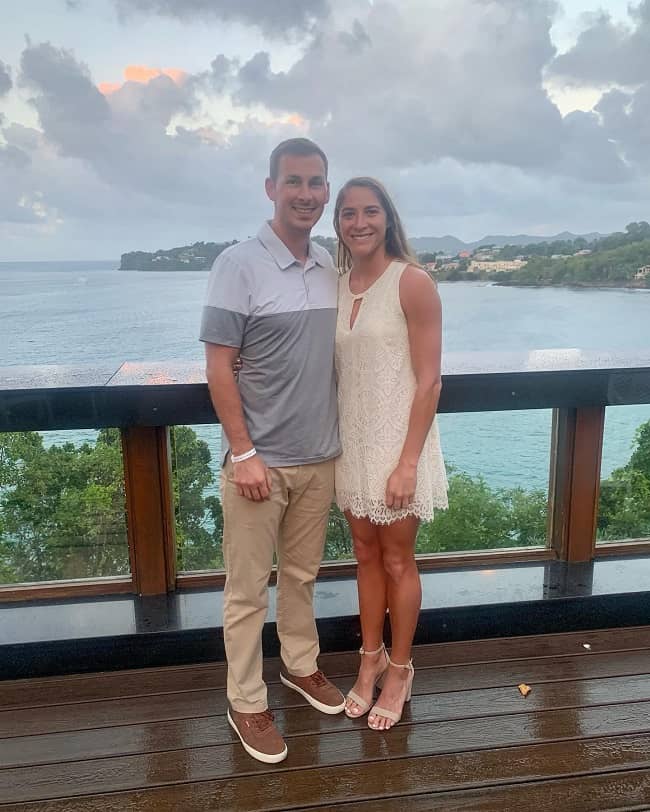 Aubrey Bledsoe is very good-looking and has an amazing personality. The footballer stands about 5 feet and 8 inches tall. While she weighs 66kg. Moreover, talking about the overall body measurement, the number ranges have not been revealed yet. The color of her eyes is brown, and she has light brown colored hair.