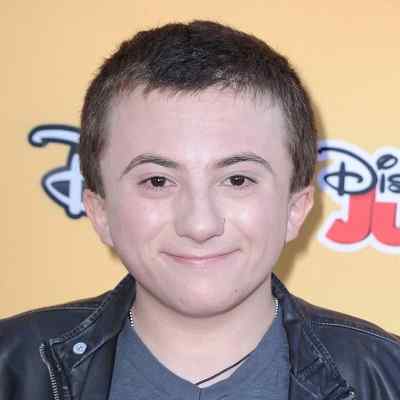 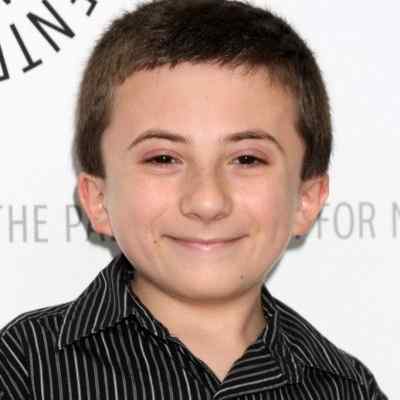 Atticus Shaffer is 24 years old. He was born on June 19, 1998, in Santa Clarita, California, under the astrological sign Gemini. His father’s name is Ron Shaffer and his mother’s name is Debbie Shaffer.

His parents named him after Atticus Finch, the lawyer in To Kill a Mockingbird. Currently, he resides in Acton, California.

He is a devout Christian, and has a daily Bible study with his mother, alternating between the Old and the New Testaments. He was a fan of Christian rock music and identified several Christian bands among his favorites during his baptism.

Similarly, his paternal grandmother was of Italian descent, and his maternal grandmother’s ancestry is Polish. So, he is of German, Swiss-French, French-Canadian, and English descent and holds an American nationality.

Moving toward his educational background, he is homeschooled and enjoys Yu-Gi-Oh and Lego. 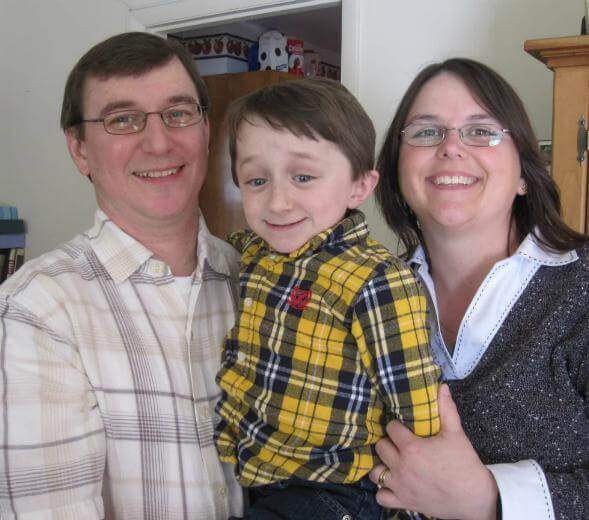 Talking about Atticus Shaffer’s professional life, he is an American actor. He is famous for playing Brick Heck on the ABC sitcom The Middle (2009–2018). Likewise, he was discovered by his manager in 2006 and soon landed a guest-starring role in the series The Class (2006).

After that, he acted in the original ABC pilot, The Middle (2008). He played the role of Brick Heck who is a character in the American television sitcom.  He played the role in the show’s entire nine-season run, from 2009 to 2018.

Likewise, he is portrayed as the youngest of the three Heck siblings and is highly intelligent and smarter than most people his age. The series and its cast got several nominations dozens of times for awards and won over a dozen collectively.

He said his role as Brick was very similar to his own life, as he is also a “big reader” and “nerd out over the weirdest stuff” in a Wired magazine interview published in January 2013.

His character on the film including his idiosyncratic palladian repetition of words and phrases at the end of sentences is actually based on The Middle co-creator Eileen Heisler’s son, Justin. 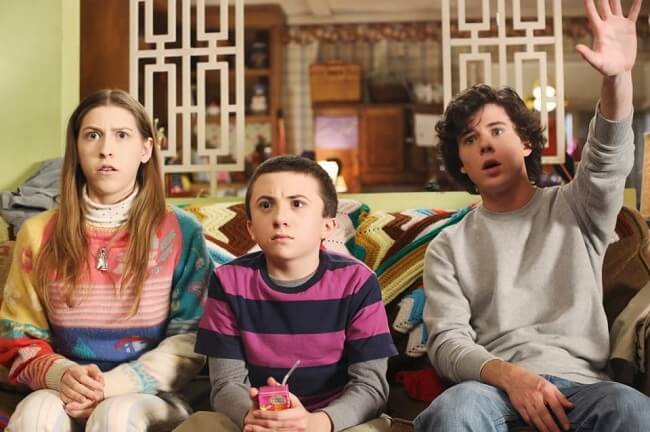 Caption: Atticus Shaffer captured on the character of Brick in The Middle alongside his co-stars (Source: Pinterest)

Among his many talents is his unique approach to comedy, showcased in numerous commercials, most notably with AIG.

In 2020, he made a cameo role in the Netflix series Never Have I Ever in Russia Model UN representative in the Episode: “…started a nuclear war”.

From 2016–the present, he appears as the recurring role of Morrie Rydell in the radio show Adventures in Odyssey.

This talented actor Atticus Shaffer has received awards and also got nominated for his character. In 2010, he won Media Access Awards for his character in the Middle in the category of  RJ Mitte Diversity Award (for an actor with a physical or emotional disability).

Similarly, he has also got nominated for the 2010/11 Young Artist Awards for Outstanding Young Ensemble in a TV Series and the 2013 Annie Awards for Voice Acting in a Feature Production Frankenweenie as well.

Speaking on his earnings, he is an American actor who has earned a quite considerable sum of money through his work in the entertainment industry. Therefore, his estimated net worth is around $4 million dollars.

And he lives a good lifestyle with the fortune earned by his fame. He collected $12,000 per episode in the series The Middle (2009).