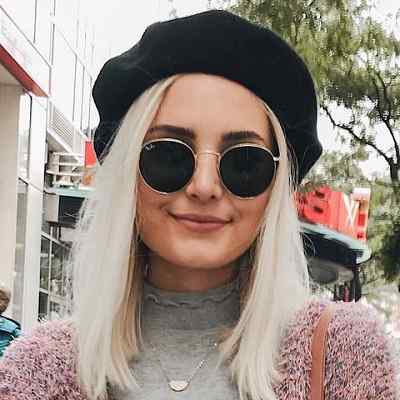 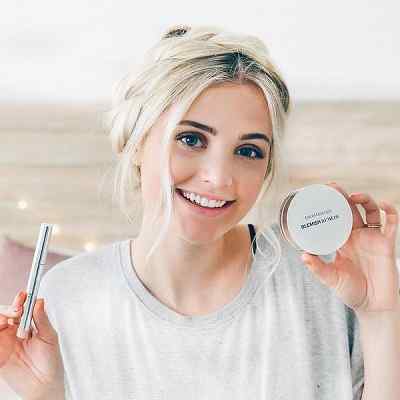 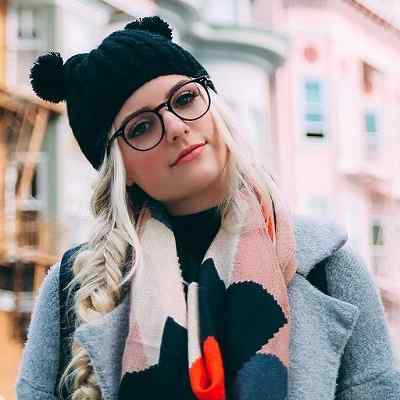 Aspyn Ovard is an American YouTube star who gained popularity through her fashion and beauty. Aspyn Ovard also runs a secondary YouTube channel under Aspyn+Parker in which she collaborates with her husband Parker Ferris.

Aspyn Ovard is 24 years old. She was born on April 15, 1996, in Utah in the United States under the astrological sign Aries. Her mother’s name is Sascha Ovard Draper. Her mother recently got married to the love of her life Luke Draper. Initially, she received her training on beauty from her mother. Her mother is a hairdresser.

Likewise, she has three siblings two younger brothers and a younger sister. Her sister’s name is Avery Elle who is also a web video star. Further, her brother’s names are Tav and Trey. Her brothers are in a modest middle-class neighborhood of Utah in the United States. 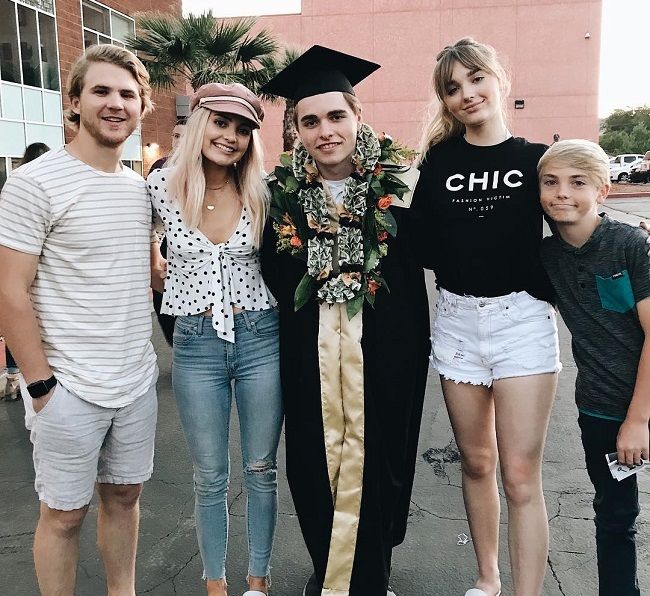 Caption: Aspyn Ovard posing with her siblings and husband(Source: Instagram)

Similarly, talking about her nationality, she belongs to American nationality and her ethnic background is still unknown. Since a very young age, she had a keen interest in fashion and makeup.

Talking about Aspyn Ovard’s professional life, she initiated her social media career through Youtube. Before starting her Youtube career, she performed as a cheerleader. She launched her Youtube channel on August 29, 2010.

Her oldest video to date is “DIY Colored Ends Using Chalk! Hair Chalking :)” which was posted on October 25, 2011. This video has got over 1,027,508 views.  After that video, she did not post until next year. Her next video is “MY MASCARA ROUTINE! :)” posted on May 5, 2012. Since then, she is posting fashion and beauty related video content on the channel. Likewise, she gained popularity in a short time.

She also makes videos on outfits to wear on different days and posts these videos to her channel. She loves to make travel vlog and has even uploaded the many videos which she made during her visits to Chicago, New York, Los Angeles and other places to her YouTube channel. This video has caught the attention of many people young and old.

Her Youtube series are PREGNANCY //, HAIRSTYLES //, and LIFESTYLE //. One of her most viewed video on the channel is “5 Easy & Cute Summer Hairstyles! | Aspyn Ovard” posted on May 29, 2015. This video has garnered over 5.89 million of views. Some of her notable videos are “I’M PREGNANT!!! + How I Found Out!,” “TELLING MY FAMILY I’M PREGNANT! | Aspyn Ovard,” “Easy 5 Minute Hairstyles for Back to School! | Aspyn Ovard,” and more. These videos have crossed millions of views.

In March of 2014, she collaborated with beauty gurus Lauren Elizabeth and BeyondBeautyStar on the video “BEAUTY GURUS TELL SECRETS IN BED! | Aspyn Ovard.” 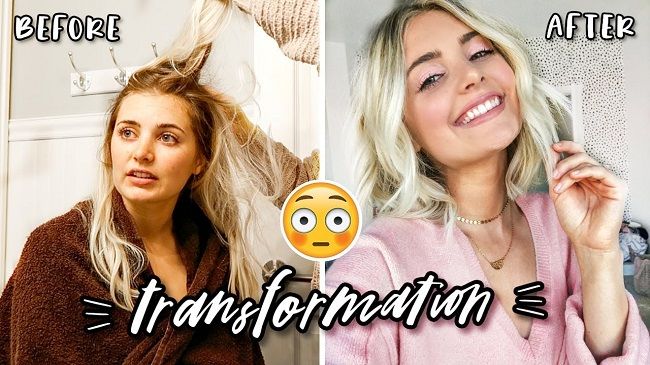 Furthermore, she also runs a secondary Youtube channel Aspyn and Parker on January 23, 2011. In this channel, she collapsed with her husband and posts videos related to their lives and the things they do. However, she used to posts her videos for the first time after she launched the channel.

The oldest video on the channel is “Aspyn & Baeli Bloopers!” on July 13, 2011. She firstly featured her husband on the video “⛄ Mini Hummer, Running Away, Target Adventures | VLOGMAS DAY 13.” However, from December 30, 2013, the duo started sharing their couple videos. Since then they have caught the attention of lots of viewers and have got over 2.12 million subscribers.

In this channel, they have shared Youtube series like PLASTIC SURGERY EXPERIENCE //, TRAVELING THE WORLD!, VLOGMAS 2019! And PREGNANCY. One of the most viewed videos on this joint Youtube channel “FINDING OUT I’M PREGNANT + TELLING MY HUSBAND!.” This video was posted on February 12, 2019, and has got over 3,848,299 views.

Likewise, she has appeared in many videos such as ‘Awesomeness TV’ in 2013, ‘Royal Crush’ in 2014 and ‘Accidentally Exercising’ in 2015 as an actress.

Speaking on Aspyn Ovard’s earning, she is a famous Youtube star who has earned a decent sum of money through her video. Her main source of income is her Youtube channel. Looking at her Youtube statics, she has published 325 videos which all together add up to more than 286.4 million views till now. She creates 4 new videos every month on average. She has earned around 149,000 dollars as of April 2020 from her solo Youtube channel.

Additionally, through her joint Youtube channel, their total earning is around $526k. They are living lavishly with their good fortune and enjoying life. Therefore, her estimated net worth is around $700k.

Reflecting on Aspyn Ovard ‘s personal life, she is a married woman. This 24-years-old American Youtube star exchanged vows and tied a knot with her long-time boyfriend Parker Ferris on October 23, 2015. On Friday, she married at the age of 19 in a stunning outdoor wedding surrounded by flowers at the Tontaquint Garden in St. George, Utah.

The duo dated each other for a very long-time since their teenage days. Likewise, they met each other during high school days through their mutual friend. Before getting married, she often used to feature him on her channel. Her husband is also a Youtube personality. Further, the duo has even launched their joint account. Currently, they reside in Salt Lake City.

Likewise, the couple has maintained a perfect relationship since their marriage. They both have not been linked with any other extramarital affairs. They look very adorable and cute together. Similarly, she announced her pregnancy on social media handles in February of 2019. And the duo was blessed with a baby girl named Cove on August 19, 2019. 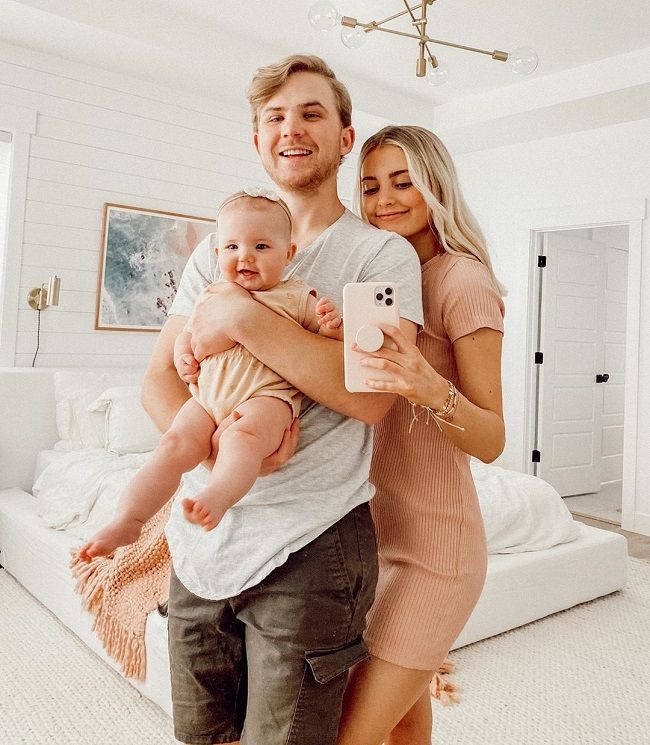 Regarding the rumors and controversy on her personal as well as professional life, she has not linked to any drastic situation to date. However, as like all social media personality, she also receives some hate comments but she never minds about it and takes it seriously. However, she has maintained a clean image and put all her positive energy on her work.

This 24-years-old Youtube personality Aspyn Ovard is very beautiful and has an attractive personality. She has a perfect body figure with a great height that stands 5 feet 5 inches tall. She weighs around 51 kg. Besides that, there is no further information regarding her body statics, dress size, etc. Likewise, she has a pair of beautiful blue eyes and blonde hair color.

Being a social media personality, Aspyn Ovard is socially active over different social media handles especially on Instagram, Youtube, Twitter, and Pinterest. She has garnered the huge fan followings on media sites. On Instagram, she goes by @aspynovard with over 2.2 million fan followers.