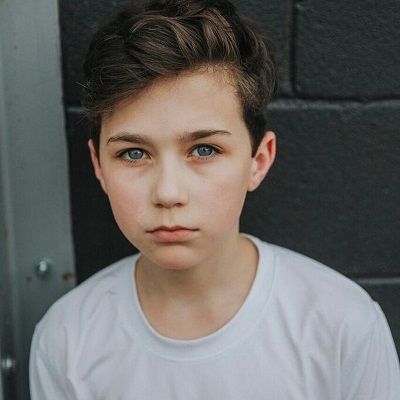 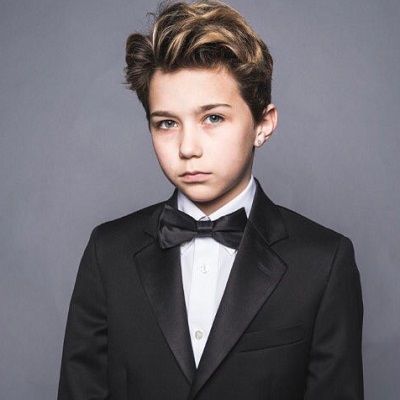 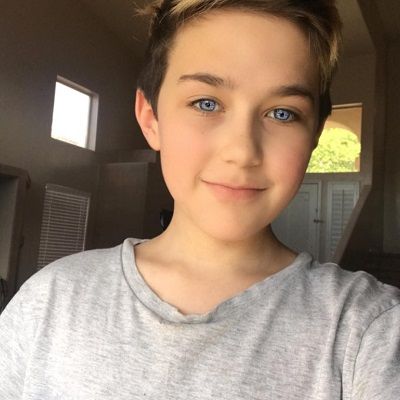 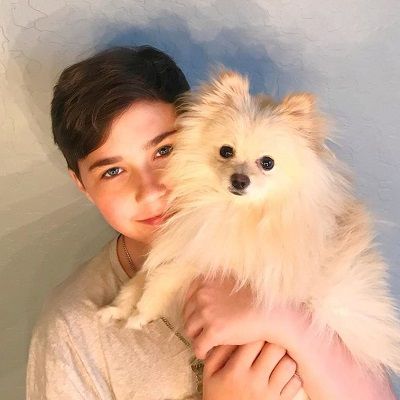 Ashton Rowland is an American Tiktok star and Instagram star. Ashton Rowland is also the youngest sibling of social media personalities Brandon and Hunter Rowland. He toured various places in the United States and Mexico along with his brothers in MagCon Tour.

Ashton Rowland was born on 5 May 2006 and he turns 14 years old in 2020. He has two elder brothers namely Hunter Rowland and Brandon Rowland. They are both social media personalities. Similarly, his mother’s name is Christine. She is a model and is gaining popularity on her own. Moreover, he also has a half-sister named Alexa. Ashton also has a cat named Tabu and a dog named Harley.

Talking about his education, Ashton is homeschooled with classes that include music, art, and literature. He is originally from Phoenix, Arizona, USA. Further, Ashton is extremely close to his family who is very supportive of his career. He has an interest in music and loves to ride his bike. Ashton has traveled to Mexico, Las Vegas, and Los Angeles with his family at a young age. 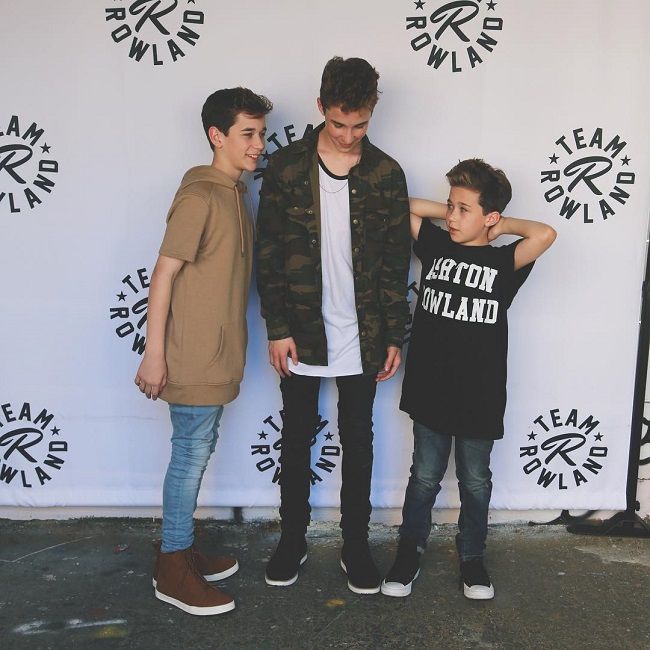 Ashton Rowland is a young social media personality. He is a verified user on TikTok and has an active fanbase on Instagram of over 750,000 fans. Moreover, this young talent is also popular on Snapchat. Ashton is a fair-haired boy who followed his two older brothers while they were busy making TikToks and gaining major social media mileage. It’s from them that he got introduced to YouNow.

Ashton joined both platforms in late 2015 and has been uploading content regularly. Very soon the number of his followers on several social media platforms increased. Ashton has more than a million hearts on his TikTok videos and over eight hundred thousand followers on Instagram. His Snapchat stories have also created quite the buzz and have a decent number of views. 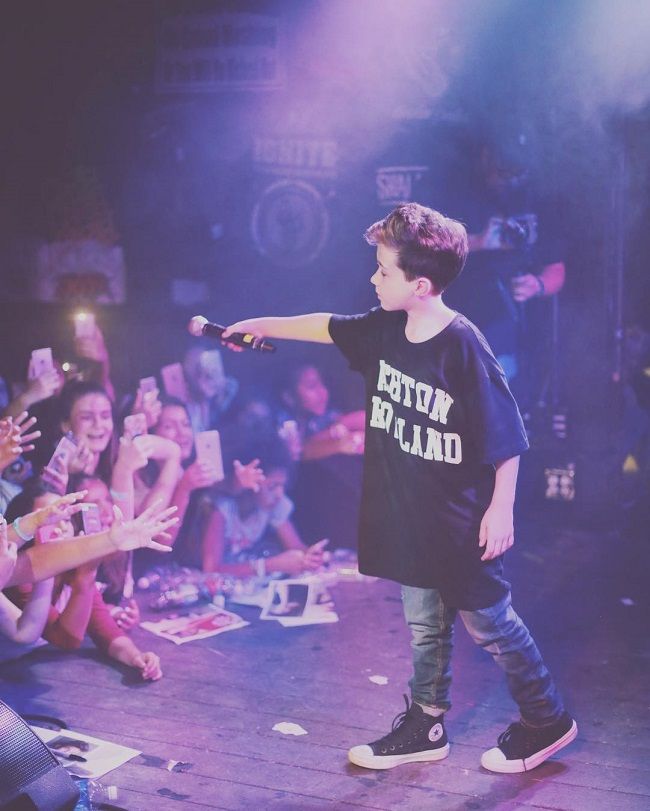 Caption: Ashton Rowland performing during their tour in 2016. Source: Instagram

Similarly, his videos are really simple, which he shoots in his home or in his mother’s car. These videos are with very limited editing and real cute expression. Ashton makes videos to popular songs like Closer, Treat You Better, and Trap Queen among others. Ashton also likes to mix it up when it comes to genre and sometimes lend his own voice over the track as well.

Then in 2016 and 2017, the three Rowland Brothers went on tours across various cities in the country and created the hashtag #teamrowland. He also set to tour the world with his brothers in the MagConTour. Similarly, Ashton is capturing the hearts of a lot of young girls with his charm and golden good looks. He has blonde hair styled in contemporary Mohawk. Moreover, his signature move is moving his hand through them which his fans seem to adore.

Ashton comes off across as shy and that probably adds to his appeal. He has a super-cute smile which is quite infectious. This pre-teen is the youngest of the three Rowland boys and can give his older siblings a run for their money in terms of looks and talents. He has also done posts on both Instagram and TikTok with Ruby Rose Turner.

The young social media phenomenon likes cycling. He also enjoys Starbucks production and likes the smell of cinnamon. Similarly, Ashton’s favorite treat is pizza and his favorite time of the day is morning. Additionally, Ashton’s most favorite color is violet and his favorite brand is Apple. In addition, his supporters are mainly teens but there are also grown-up folks among his subscribers.

The fourteen years old social media personality is still very young to be in any kind of romantic relationships. He also is more focused on his studies and strengthening his career as a social media star alongside his siblings. Moreover, Ashton is sure to attract many lovers in his near future with his charms, talent, and good look. The young personality might also be waiting for the right person to come into his life for a lifelong romance and love. Prior to this, he briefly dated Ruby Rose Turner in the year 2017.

Ruby is mostly known as a dancer who worked with top choreographers like Josh Killacky and Tricia Miranda. She is also an actress, singer, and model. Moreover, Ruby had a recurring role on Netflix’s Fuller House and in 2018, she also began starring as Cami on the series Coop and Cami Ask the World. 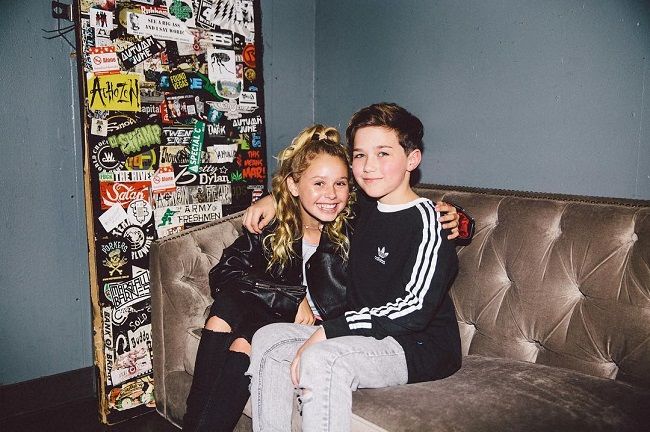 Young star Ashton Rowland stands tall at a height of 5 feet 4 inches and his weight is around 57 kgs. Other than these, Ashton’s other body measurement details like his chest-waist-hip, biceps, dress size, shoe size, etc. are all unknown. Moreover, Ashton has brown hair and eyes of the same color.

Ashton has 170 posts shares and 727k followers on his Instagram handle as of August 2020. He also joined Twitter in July 2014 and has 193.7k followers at present. Similarly, he is also a Tiktok content creator with 575K followers and 9.1 million hearts. Moreover, we can also contact him at [email protected] for any business queries.

Moving on, Ashton Rowland’s net worth estimation as of 2020 is around $1 million to $5 million. He primarily earns through his social media career among others at such a young age.