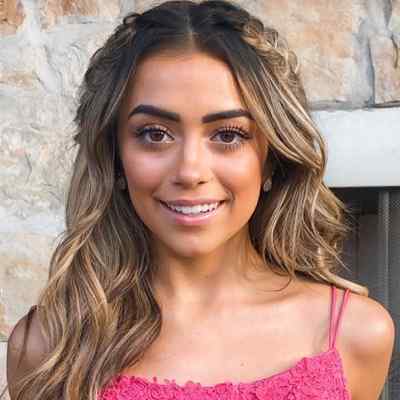 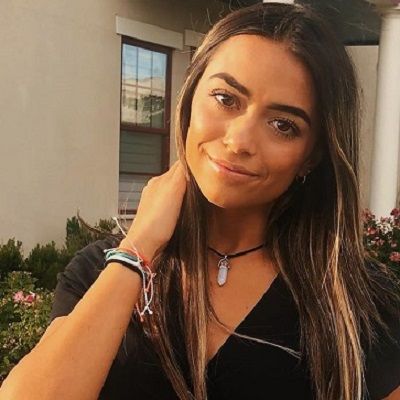 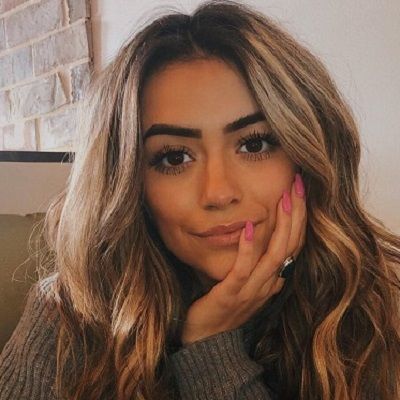 Ashlund Jade is a multitalented social media star who is an American singer, dancer, actress, and model. Likewise, Ashlund Jade also has a self-titled YouTube channel where she posts cover versions of popular songs.

Ashlund Jade was born on February 16th, 2003 and she is currently 18 years old. Furthermore, her zodiac sign is Aquarius. Ashlund was born in Utah, the United States of America and her nationality is American. However, Ashlund’s ethnicity is unknown. There isn’t much information regarding her father but her mother is Mindy Ortiz who is an Entrepreneur. She also has two younger brothers namely Braylon Ortiz and McCade Ortiz. 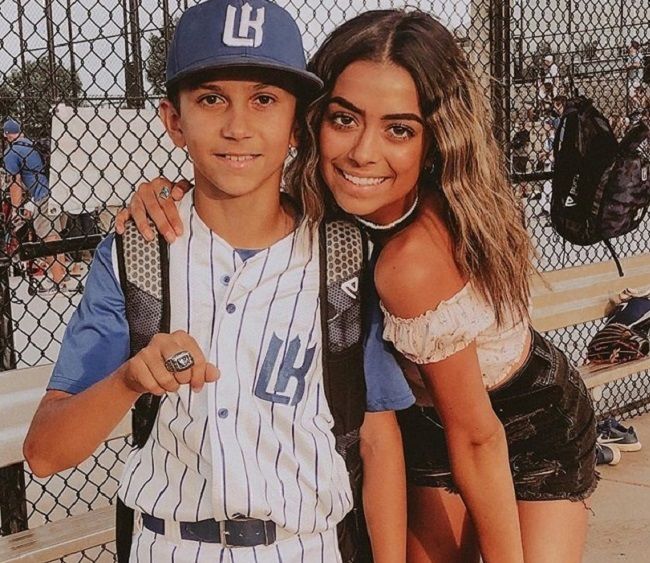 Similarly, just like Ashlund’s family details, there is not much information about her educational journey. However, we can assume that she is attending high school at her age. As she is passionate about singing and dancing, Ashlund joined an institute of performing arts, to groom her hobbies into her profession.

Ashlund Jade is a social media star. She sings, dances and also does modeling. More precisely, Ashlund grew up doing competitive dancing, started acting at around 8 and singing at around 9. She also owns a YouTube channel ‘Ashlund Jade’ which she started in 2015, and has over 265K subscribers.

At the starting point of her career, she did a cover of the song ‘Cool kids’ by Echosmith, which was successful within the first few months. Apart from her career in the entertainment industry, Ashlund also worked with some of the reputed corporate companies such as American Express, AMC, and Lifetime. Likewise, later Ashlund got associated with ‘Dream Works’ along with her participation in Lifetime’s ‘The Pop Game’. Many of her music videos are available on Dreamworks YouTube channel too.

As Ashlund frequently started doing cover versions, she emerged as one of the most prominent singers on YouTube. Some of her covers such as ‘Lips are Movin’ by Meghan Trainor and ‘Fight Song’ by Rachel Platten has gathered impressive numbers of views.

Ashlund later moved to California to pursue her career as a model. She started posting videos of her photoshoots, posing for high-end brands. She also did a photoshoot for ‘Showstopper Magazine,’ which was conducted at Redondo Beach. Furthermore, in August 2017, Ashlund performed at the Creator Viewer Experience (CVX) Live. It is a live event conducted for online media creators and their fans.

A month later, Ashlund went on a live performance tour alongside many famous social media personalities, including Brooklyn and Bailey. Similarly, she started to post a variety of videos on her channel since then. Earlier, her channel was packed with only cover songs and others related to dance. Ashlund started posting makeup tutorials and vlogs related to travel, birthday and Christmas. Many of her videos have gone viral! 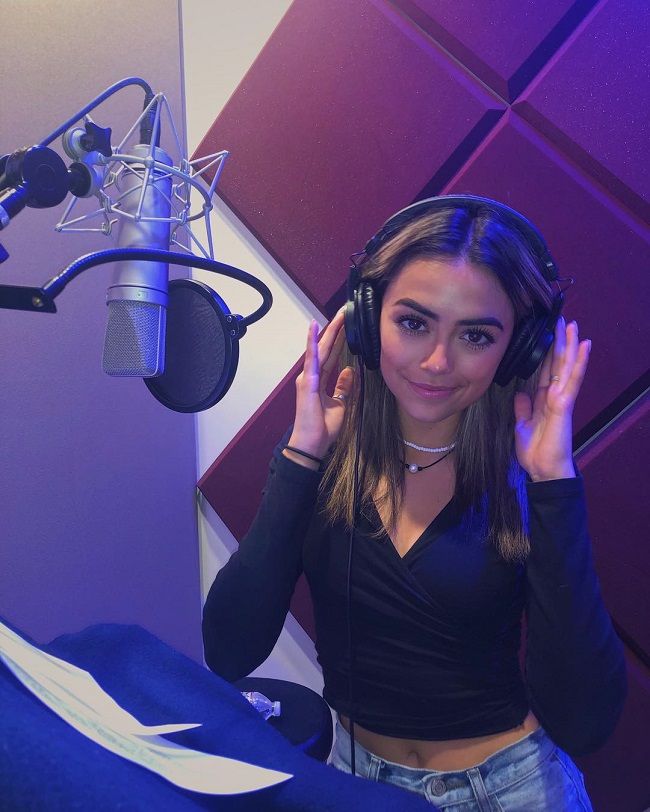 Likewise, Ashlund joined the cast of ‘The Pop Game’ in 2017 which was a talent hunt show conducted by famous music producer, Timbaland. In the show, she competed with singers like Grant Landis and Cravetay. Although she could not win the competition, she managed to leave a mark with her amazing performances that she had delivered during her participation. Later on in October 2017, she went on tour with famous YouTube stars Bailey and Brooklyn.

Moreover, Ashlund’s career gained a milestone when the cover version of the song ‘Lean On’ video received 80K views on Instagram. Ashlund choreographed the video and it was produced under DreamWorks Pictures, one of the major production houses. Furthermore, Ashlund has also played in movies like The Red Tent (2014), Brobot (2018) and Giggles Talk (2017). In The Red Tent, she featured as the younger version of Dinah and she also appeared on a minor role in the TV film Galyntine in the same year.

As for Ashlund’s relationship status, it is very unclear. There are rumors that she is dating a guy named Zac Dart as they both share duo photos on each other’s accounts. But they haven’t mentioned clearly if they are only friends or lovers. They also recently did a photoshoot together at a lake and Ashlund shared a video exclusively on this event. 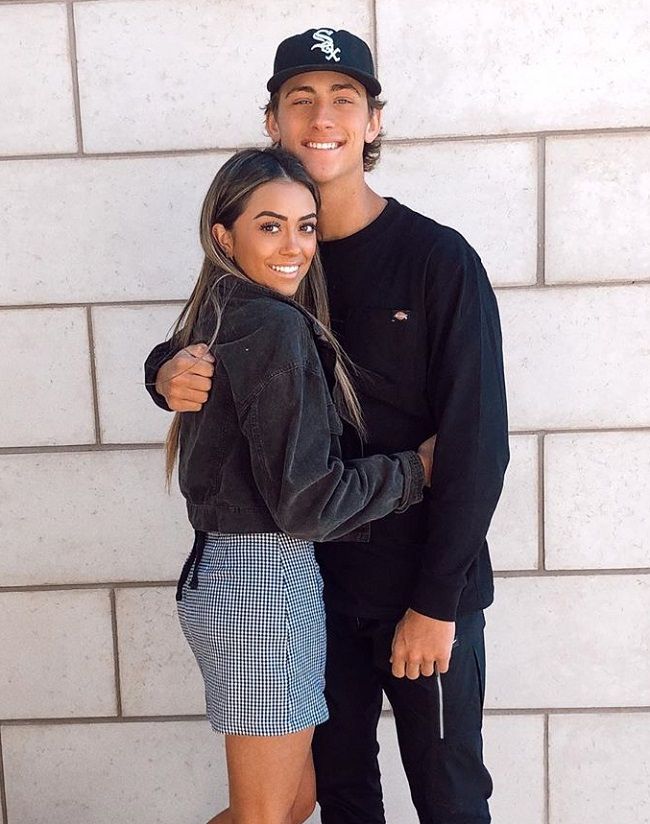 Ashlund hasn’t shared her verified body measurement stats. However, as per the information available on Healthy Celeb, her height is 5’6″ and her weight is around 50 kgs. She has a slim body with blonde hair and dark brown eye color. Moreover, she has not shared much about her dress and shoe size.

Ashlund is active on YouTube and Instagram accounts. Her Instagram account has 145K followers, with 1,311 posts. Likewise, her YouTube channel has 265K subscribers with 259 videos. Further, she also has a Twitter account which she created in June 2015 and it has over 3.6k followers. She also has over 20.4k followers on her Facebook page. She has also shared her official email address for any inquiries and that is [email protected]

Talking about Ashlund’s net worth, Trendcelebsnow estimates it at $1 million to $5 million. The highest proportionate of her earning is contributed by her being a professional Youtube star.