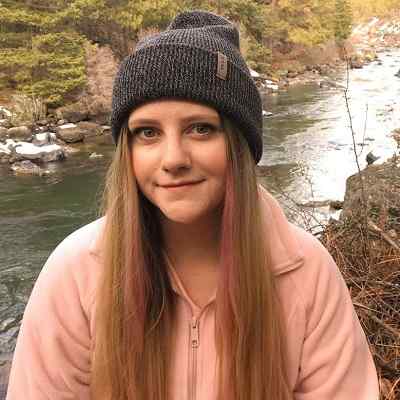 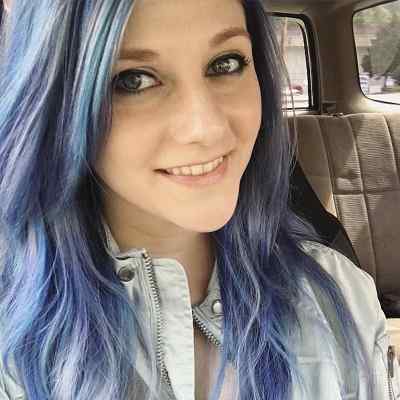 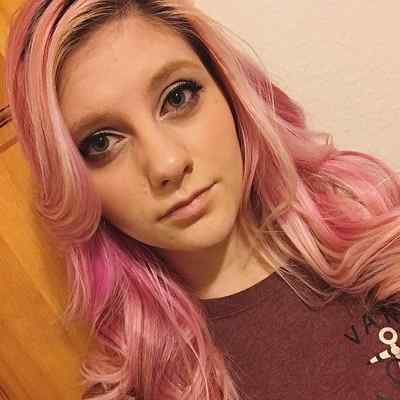 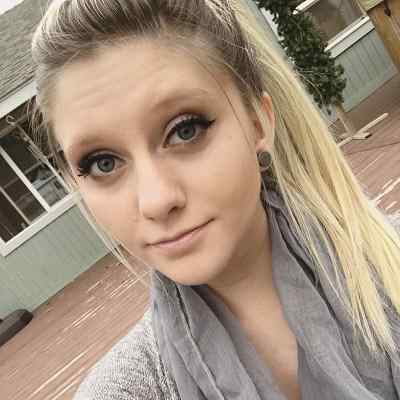 Ashleyosity is an American Gamer and YouTuber best known for her Minecraft gameplay. Ashleyosity is also associated with the channel ‘Chrisandthemike,’ which is run by her husband. Moreover, she is popular for making everything from Let’s Plays to Role-Plays on her channel.

Ashleyosity came to this world on July 1, 1994, in Austin, Texas, USA. She turns 28 years old as of 2022 and her zodiac sign is Cancer. She has not shared much information regarding her childhood and family background. However, she has a half-sister named Brittany. Moreover, there is no information related to her educational qualifications. 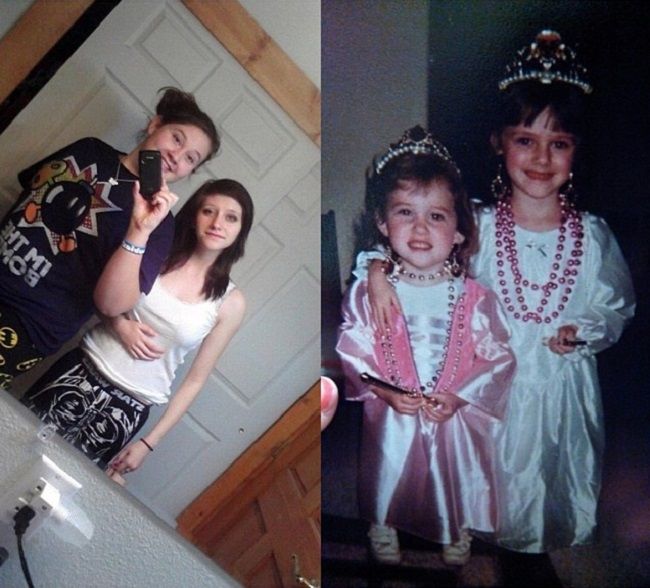 Caption: Ashleyosity and her sister’s before and after picture. Source: Instagram

Ashleyosity started her social-media career in 2011, with Twitter, and subsequently joined YouTube in July 2012 under the name ‘Ashleyosity’. However, she did not post anything on the channel until 2014. Her first video on the channel was ‘Apocalyptica | Apocalyptic Role-Play Minecraft Survival w/ SheWolfDeadly | Episode 1’. The channel is dedicated to various forms of ‘Minecraft’ gameplays, such as ‘Let’s Plays’ and ‘Role-Plays’.

Moreover, in the ‘Role-Play’ category, Ashley has created several video series. Every video series has a different story, often revolving around Ashley’s real-life experiences. For instance, the series ‘Yandere High School’ features a group of four friends in their first year at ‘Minecraft High School.’

Another episodic video series on ‘Ashleyosity’ is based on ‘Roblox.’ Some of them are ‘Roblox Fairies & Mermaids Winx High’ and ‘Roblox Royale High!’ Most of the episodes from the life simulation game series have earned millions of views.

Ashley launched her second gaming-related channel, ‘Ashleyosity – Sims,’ on September 1, 2017. Previously titled ‘SimsWithAsh,’ the channel is dedicated to the fourth part of the life simulation video-game series ‘The Sims.’ The channel hosts ‘The Sims 4 Gameplay,’ ‘The Sims 4 Builds,’ and other ‘The Sims’-related content. Ashley has been an avid ‘The Sims player since 2012 when her mother bought her the first ‘The Sims game.

She was intrigued by the game and spent countless hours playing it. Ashley now has the whole collection of ‘The Sims’ (including the spin-offs) games, single expansion, “goodies,” and game packs of both the console and the hand-held versions. The channel consists of several ‘The Sims’ video series, such as ‘The Sims 4 Vampires,’ ‘The Sims 4 CrashLife,’ ‘The Sims 4 Sterling Legacy,’ and ‘The Sims 4 Cats & Dogs.’

Ashley’s next YouTube venture was a collaborative channel with her husband, fellow YouTube gamer Christopher Foltz, better known as “Chrisandthemike.” Titled ‘Ashley and Chris’ and launched in October 2016, the channel is the couple’s only non-gaming social-media page. It is primarily a vlog channel, through which Ashley and Chris share their personal space with their viewers. However, the channel is similar to that of Ashley’s first channel.

The vlogs on the channel are published in the form of episodes and under the name ‘CrashLife,’ which originates from “Crash Nation,” the term that refers to the pair’s fan base. Therefore, ‘Crash’ represents both their names (Chris + Ashley = Crash).

Apart from creating content for her gaming-related channels, Ashley collaborates with Chris on other online gaming ventures. She often appears on ‘Chrisandthemike,’ Chris’s channel dedicated to the ‘Roblox’ game ‘Jailbreak.’ The two also record videos for ‘Crash Nation.’

Chris and Ashley, along with their fellow gamers Sean (aka Garlian) and Carlo, moved in for the first time after Chris disabled two of his collaborative channels. With Ashley and Carlo, Chris filmed several series of ‘Minecraft Family,’ roleplays, and live streams of various games on ‘Mixer.’ A few months later, the crew broke up, and Chris and Ashley created their collaborative ‘YouTube channel. 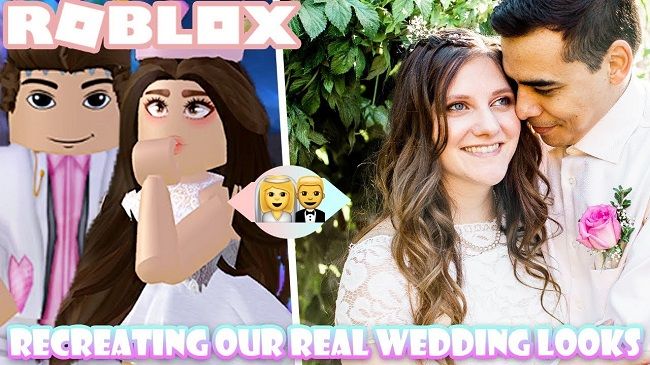 As being a popular YouTuber, many of her fans and viewers have demanded her merchandise. Fortunately, she has provided his merchandise which is sold through, shop.spreadshirt.com. At the moment, she mostly sells custom-made T-shirts.

But she is looking forward to producing more varieties of products as demanded by her fans with various stickers and prints. The prices of the merchandise range from $15-$20 which is very affordable and gets ‘sold out’ time and again.

Ashleyosity is a married person. She and the YouTuber Christopher Foltz tied the knot in June 2018. Chris was earlier married to Lasata. Shortly after the two moved in with their ‘Minecraft’ family, their marriage was hit by complications and troubles. Chris ended his marriage in early 2016.

Soon after, he began a relationship with Ashley, while they were working on their ‘YouTube ventures. Chris proposed marriage to Ashley while on a vacation in the summer of 2018. Their common taste in gaming is a fine example to say that they are made for each other.

However, their Instagram posts reveal that not just the mutual interest they have but the acceptance of each other’s imperfections shows that this beautiful couple is growing old together. Something is interesting in their relationship! That is, July 1st is Ashley’s birthday, July 2nd is Chris’s birthday, and July 3rd is their anniversary! How fun and lucky the couple is. 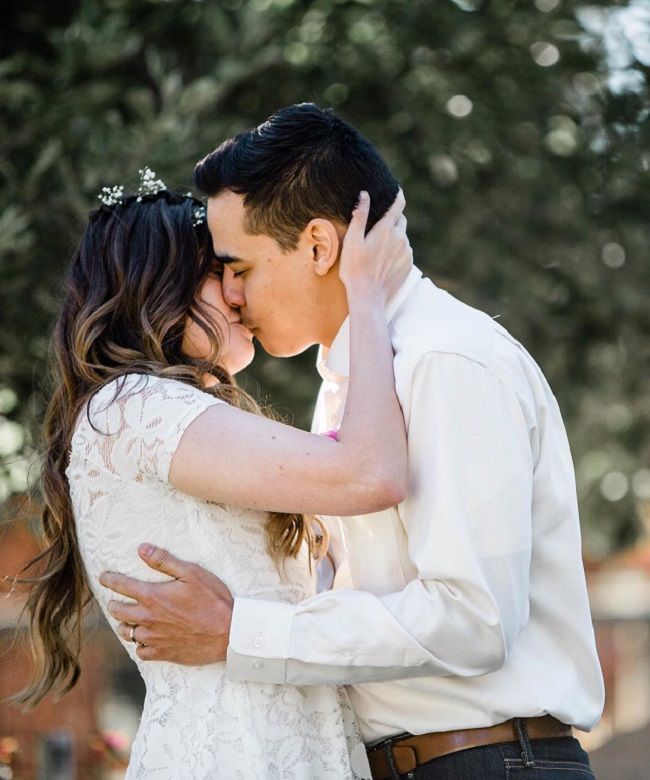 Caption: Ashleyosity and Chris on their wedding day. Source: Instagram

She has a slim and curvy body type. Ashleyosity has a fine body structure. However, she stands tall at a height of 5 feet 4 inches and weighs around 53 kg. Moreover, she has hazel eyes and her natural hair color is dark brown. She mostly colors her hair into different colors like blue, pink, purple, gray, blonde, and many more.

Ashley surely earns a good amount of money through her profession. Her YouTube channel may earn a very good amount for herself. However, as of June 2020, she has a net worth of around $419K followers.