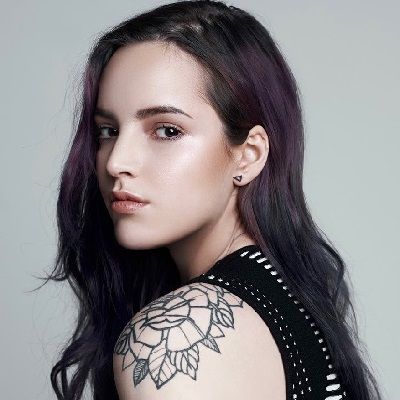 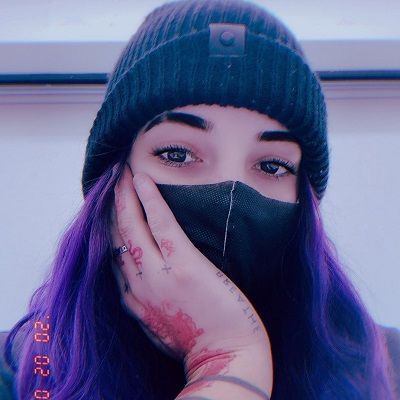 Ashley Mariee Surcombe is 26 years old as of 2022. She was born on March 6, 1996, in Cyprus under the zodiac sign Pisces. Later, she along with her family moved to England. She has a twin sister and an older sister. Similarly, she even has two half-brothers with whom she is not in touch. Her father’s name is Ramal. Further, she has lived also in Bude, Cornwall, Harrogate, and North Yorkshire. Currently, she resides in Korea. She can speak a little of French, Cyprian, Spanish, and Korean. 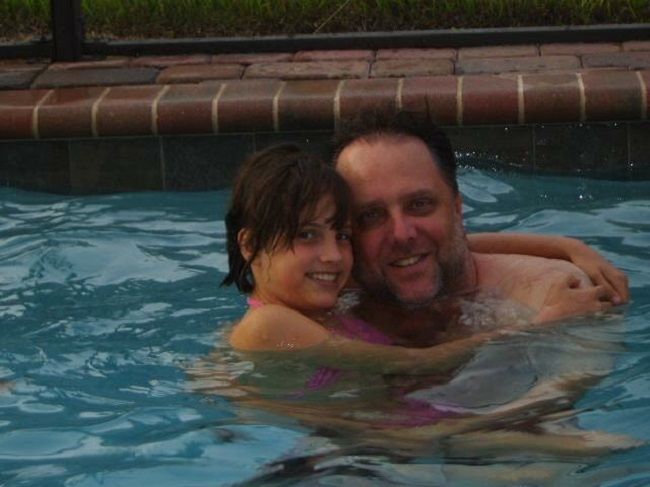 Ashley loves to keep the pet in her home and her first pet was a black and white kitty that ran away. As she is allergic to dust she decided to not have cats anymore. At present, she has owned a dog named ‘Kensie.’ And she also loves unicorns. Likewise, her all-time favorite game is ‘Pokémon Sapphire’ snd also loves to watch anime her favorite anime is ‘Lucy’ from ‘Fairytale.’

In addition, she is claustrophobic which means being scared of being enclosed in a confined space. She has a habit of biting nails and hates buzzy insects.

Her favorite Korean food is spicy rice cake and her favorite cake flavor is vanilla. She hates the taste of chocolate and red velvet cake. She loves the red color.

Talking about Ashley Mariee Surcombe’s professional life, she stepped into the social media world through Twitter which she joined in August of 2009. Later on August 6, 2012, she created her Youtube channel and uploaded her first debut video titled “Let’s Play: The Eye – Episode 1” on September 10, 2012. She took herself to the YouTube world during her mid-teenage. At that time, she was also working as a waitress at a local food joint.

One of her famous videos is titled ♪ “Surviving It” – A Minecraft Parody of Krewella – Killin it ♪ with more than  6.8 million views. Further, her worth watching and notable videos are  “♪ The War Has Just Begun – Minecraft Original Song – LindeeLink ♪,” and “Vlog | Barcelona! w/ JeromeASF,” “MY NEW BOYFRIEND IS…….,” “Hanlim High School – Koreas TOP Idol School,” “Draw My Life | 50k Special |,” and many more.

Her enchantment with video games inspired her to upload her gaming videos on YouTube. In 2016, she again created her second YouTube channel, ‘AshleyMarieeGaming.’ She posted her first video titled “Welcome to AshleyMariee Plays!” on August 31, 2014, with more than 66k views. Her first video smashes a hit more than other videos uploaded over the channel. Usually, her early videos were about video games, especially on the Minecraft server. With practice and exposure, she started playing other games as well like ‘Overwatch,’ a multiplayer shooting video game. However, she is not active currently on this channel for four years.

In addition, she has also created her third Youtube channel named Ashley Mariee and posted her first video captioned “Welcome To My Channel!” on September 7, 2016. She posts videos related to make-up on this channel. One of her most-watched videos on this channel is “How I Did My Makeup In Highschool?!” which is worth watching. Some of her other notable videos are “Story Time – Drunk in Korea,” “I GOT A NEW TATTOO?!,” “Everyday Full Makeup Tutorial,” and many more. Unfortunately, she is also not active on this channel too.

She has also posted many vlogs on every video convention she has attended. She is looking forward to uplifting her channel a bit more by adding more vlogs. In the year 2017, she could not manage to add great quality content. However, she has now added a variety of video content to her channel and improved the quality of her videos. Further, she is also thinking of making travel vlogs.

Likewise, she has deleted all kinds of videos on her main channel and posted gaming, Q&A, vlogging, and makeup video content on the same channel. She is just giving continuity to her main channel. In addition, she has also pursued her modeling career and currently residing in Seoul, Korea. Extra, she admires the actress Sarah Michelle Gellar. 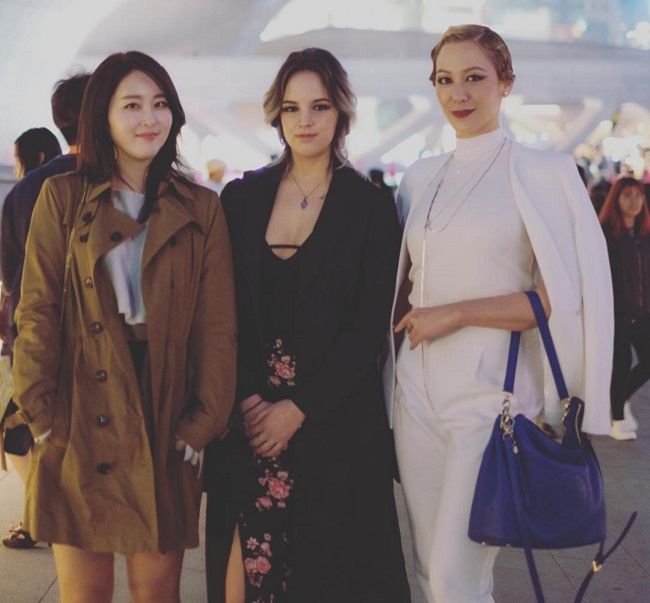 Speaking up on Ashley Mariee Surcombe’s earnings, she is a social media sensation as well as a Youtube star who has earned a quite considerable sum of money through her work. However, she has not disclosed her net worth as well as her annual salary officially. Some online resources estimated her net worth around $100k-$1 million. Besides Youtube, she also earns from her additional work and living life on her way.

Reflecting on Ashley Mariee Surcombe’s relationship status, she seems to be single currently. She is busy focusing on her career right now. Previously, she was rumored to be dating fellow YouTuber Simon Edward Minter, also known as Mini meter. Likewise, she has revealed being bisexual in one of her videos. But she is looking forward to being in a relationship with a guy.

Furthermore, she has been successful in maintaining a clean profile and has not been involved in any kind of controversial act until now.

The 24-years-old beautiful Ashley Mariee Surcombe has a good personality. She loves getting inked and has numerous tattoos on different parts of her body. Further, she also loves to dye her hair. She stands at a good height of around 5 feet 3 inches and weighs around 62 kg. She has a perfect body figure with purple-dyed hair color and dark brown eye color. 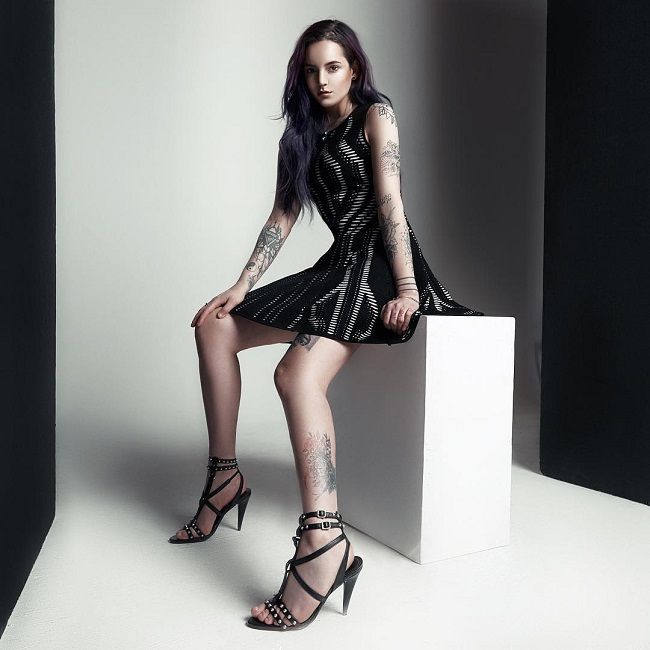 Being a social media star, Ashley Mariee Surcombe is highly active on media sites, especially on Instagram, Youtube, and Twitter. She has great fan followings. On Instagram, she goes by the handle @ashleymarie with more than 527k followers. She has gained more than 267.2k fan followers on Twitter.

In addition, she has gained over 608K subscribers on her main Youtube channel named AshleyMariee. Further, she has provided her email id [email protected] for any business inquiries on her Instagram bio.