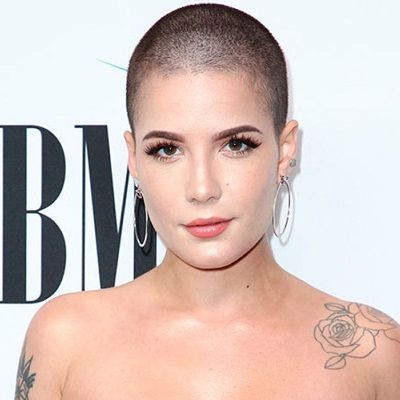 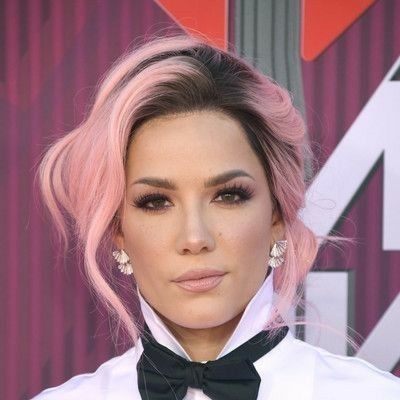 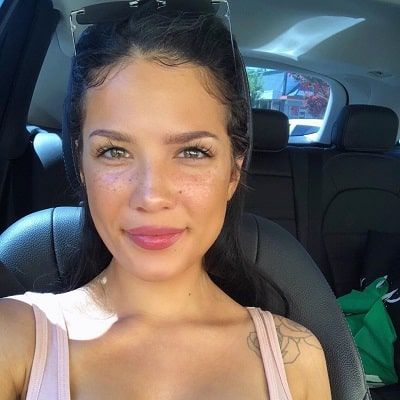 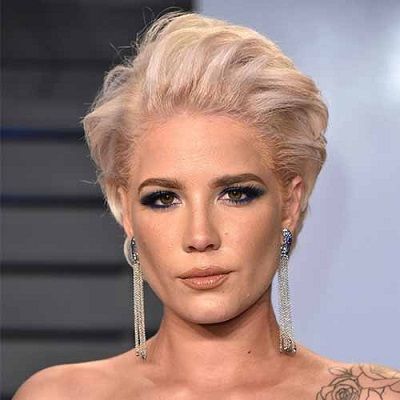 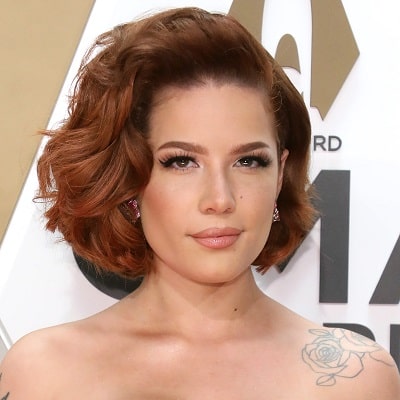 Ashley Frangipane is an American singer, songwriter, and activist best known as “Halsey”. Ashley Frangipane is popular for her albums “Manic”, “Badlands”, Room 93″, and “Hopeless Fountain Kingdom”. She also has some popular songs under her name like “Bad at Love”, “You should be sad”, “Graveyard”, “11 minutes”, etc.

Ashley Frangipane was born on September 29, 1994, and she is currently 25 years old. She is originally from Edison, New Jersey. Her full name is Ashley Nicolette Frangipane but she is better known internationally as Halsey. Talking about her family, her mother’s name is Nicole and her father is Chris. Her mother works as an Emergency Medical Technician whereas her father manages a car dealership.

Further, her parents dropped out of college after her mother was pregnant with her. Her mother is of Italian, Hungarian, and Irish descent. Similarly, her father is an African-American with some Irish ancestry. Moreover, she also has two younger brothers namely Sevian and Dante.

Talking about her childhood, she played the violin, viola, and cello. Later, she moved on to acoustic guitar when she was only 14 years old. Throughout her childhood, her family moved frequently. It was because her parents worked many jobs. 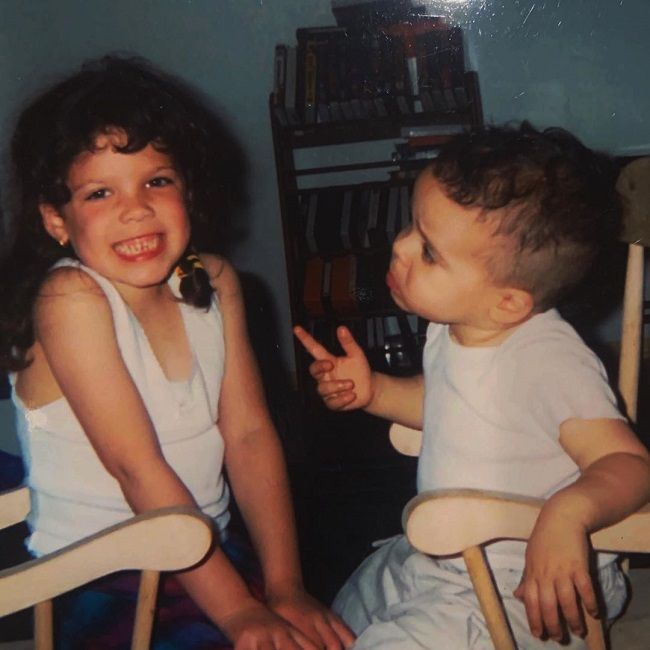 Caption: Ashley Frangipane and her brother in a childhood photograph. Source: Instagram

By the time she reached her teen years, Ashley had enrolled in six different schools. Then In high school, she endured bullying and at 17 she attempted suicide. This attempt to suicide led to a 17-day hospitalization. Following this, the doctors diagnosed her as bipolar. It is the same disorder that her mother also struggles with.

She graduated from Warren Hills Regional High School in the year 2012. This school is located in Washington, New Jersey. After high school graduating, she enrolled in the Rhode Island School of Design. But she withdrew from the school due to financial hardship.

Instead, she went on to attend community college, from where she eventually dropped out and later was ejected from her home. Speaking of this incident, she said that her family didn’t agree with a lot of things about her.

Ejection from the Family

Soon after her family ejected her from the family home, Ashley lived in a basement in lower Manhattan. There, she lived with a group of degenerate stoners that she came to know through her then-lover.

If not there, she would live occasionally in one of New York’s many homeless shelters and she also stayed with her maternal grandmother at times. Moreover, she also considered prostitution as a way to make money. Talking about this period of her life, she said:

I remember one time I had $9 in my bank account, and bought a four-pack of Red Bull and used it to stay up overnight over the course of two or three days because it was less dangerous to not sleep than it was to sleep somewhere random and maybe get raped or kidnapped.

Ashley Frangipane is professionally known as Halsey. She is a singer, songwriter, and activist. She gained attention from self-released music on social media platforms and she later signed with Astralwerks in the year 2014. Later, she released her debut EP the same year. Her debut EP is titled Room 93.

Since then, she has earned one number-one album on the Billboard 200 with the studio album “Hopeless Fountain Kingdom” released in 2017. She also has two number-two albums with Badlands in 2015 and Manic in 2020. Moreover, she has earned two number-one singles on the Billboard Hot 100. It includes Closer and Without Me. Closer is a collaboration with “The Chainsmokers”. Frangipane also has a top-five single with Bad at Love.

In total, she has sold over a million albums and she has also been streamed over six billion times in the United States. She has also supported all three of her studio albums with a headlining tour. Additionally, Frangipane is popular for her distinctive singing voice.

Outside of her career, she has also been involved in suicide prevention awareness, sexual assault victim advocacy, and racial justice protests. Moreover, she has a net worth estimation of approximately $12 million. 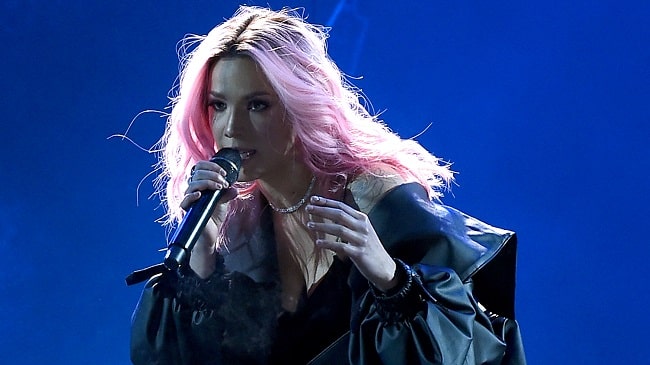 Ashley drew criticism for pre-fame tweets that were posted from 2009–2012, and also gained controversy for allegedly calling herself “tri-bi” in an interview. Tri-bi stands for biracial, bipolar, and bisexual, which she really is. She became most popular for her signature dyed blue hair in her early career.

Then, she again drew controversy in the year 2016 after several fan interactions which also involved her kissing underage fans. Later in June 2017, she received backlash for collaborating with Quavo. Quavo is an artist who has made homophobic remarks.

Additionally, Frangipane has described herself as an “in-between role model” and an “inconvenient woman” due to her music and style. She also revealed in 2017 that she passes as white but is actually a black woman and proud of her heritage.

Forbes included her on their 30 Under 30 list and she has also appeared on the cover of magazines liek Billboard, Paper, and Playboy to name a few. Frangipane has also appeared in advertisements for Jeep, Beats Electronics, ModCloth, etc.

Further, she has been described as a feminist icon and people have also called her the “voice of her generation”. Moreover, her relationship with rapper G-Eazy gathered significant media attention because of the rumors of drug usage, arrest, cheating, and G-Eazy’s feuds with other artists.

Additionally, Frangipane has long identified herself as an alternative artist. She has stated that she can do pop collaborations without being considered a pop artist, similar to Kendrick Lamar. Moreover, she also shared that she is only classified as pop because she is a woman.

Some of her music is still labeled pop while some are considered alternative. Then in 2019, she called herself “the anti-pop star” and stated she doesn’t care how people identify her music, as long as it connects to people.

Frangipane is openly bisexual. From 2015 to 2016, she dated Lido. Lido is a Norwegian producer and helped her produce Badlands and also inspired the album the Hopeless Fountain Kingdom.

Then in the year 2017, she began dating G-Eazy, an American rapper. The duo met at a party and although they pursued different music, they found common ground for their collaboration Him & I. This song discussed their love and lifestyle.

Unfortunately, the two went separate ways in July 2018. However, their relationship was off and on again until it was officially over in September the same year. She later confirmed in a 2019 interview with Glamour that her October 2018 single Without Me is partially about her relationship with G-Eazy.

Frangipane went on to date Yungblud in November 2018. The two met at a bar in Los Angeles, discussed different topics including music, and ended up collaborating on 11 Minutes. She first confirmed her relationship with Yungblud in an interview with Capital FM in March and also celebrated his birthday together. But in September the same year, the two ended their relationship.

Later on, she went on to date Evan Peters in September 2019. There were rumors that the duo broke up in March 2020. Following these rumors, she deleted all posts from her Instagram featuring the actor. Then in June, she confirmed the news of their breakup by liking a tweet that mentioned their breakup. 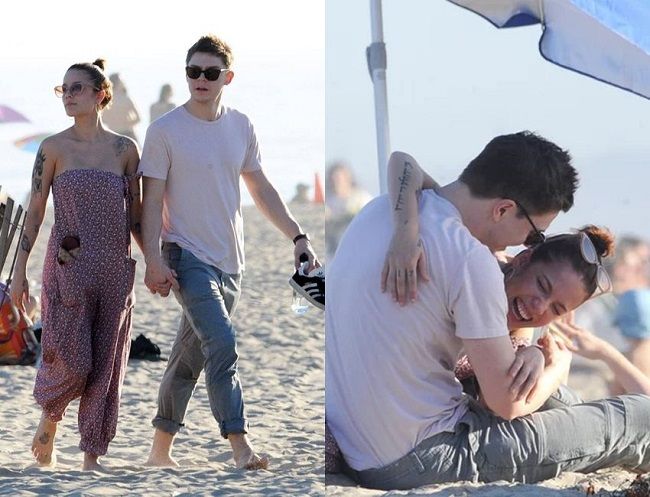 Following her diagnosis with bipolar disorder, she began to use recreational drugs. She also claimed that the disorder caused her to become an unconventional child. Likewise, when she was 17, she became romantically involved with a man who was 24 years old. The man lived on Halsey Street in Brooklyn and that is where she started to write music. She said:

That’s where I first start writing music and where I started to feel like I was a part of something bigger than my town in the middle of nowhere New Jersey. Halsey is kind of like a manifestation of all the exaggerated parts of me, so it’s like an alter ego.

She was diagnosed with endometriosis in 2016 and she went public with the news through her Twitter account. Only hours after she realized that she was having a miscarriage, she went on stage to perform during a tour. She did so because she didn’t want to hurt her career by missing a performance.

Likewise, she has talked about her struggle with endometriosis on The Doctors in April 2018 and in the same year again in Blossom Ball. During her time in The Doctors, she revealed that she was going to freeze her eggs.

Likewise, during her time at Blossom Ball, she revealed that she wanted to speak out since the media often portrays her as someone with perfect physical health in spite of her struggle with endometriosis. To lessen her pain caused by endometriosis, she underwent an undisclosed surgery in January 2017.

A fan asked she if she was gluten-free as a response to the singer’s 29 July 2019 tweet. To this, she revealed that she was actually gluten intolerant. Also, within less than two minutes of consuming food with gluten, her stomach swells up to the comparison of looking 6 months pregnant! Moreover, on 14 August 2019, she revealed via a tweet that she quit smoking cigarettes after 10 years!

Ashley Frangipane stands tall at a height of 1.63 meters or 5 feet 4 inches and weighs around 54 kgs. Further, she has a chest-waist-hip measurement of approximately 34-25-35 inches. She has brown eyes and hair of the same color. She has dyed her hair into different colors like blue, blonde, red, burgundy, etc. She has also sported a bald hair during her career. 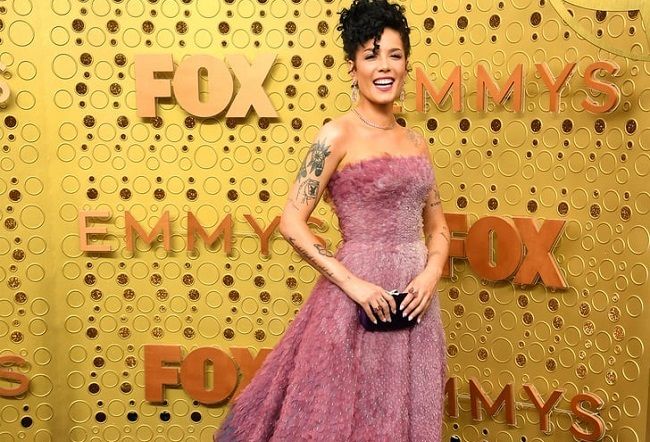 Caption: Ashley Frangipane posing for a photo at Emmy Awards in a beautiful dress. Source: Popsugar

Frangipane has 29 confirmed tattoos. The most prominent one is an upside-down horseshoe on her right shoulder. Another one is a tattoo of Him & I lyrics for G-Eazy but she has covered this tattoo. Also, she has one tattoo on her face and one of Marilyn Manson’s face on the side of her torso. She also has a tattoo of lyrics from Beck’s song Loser on her neck.

Talking about the singer’s social media presence, Ashley Frangipane joined Twitter in June 2009 and so far has 12.8 million followers. Likewise, she has 328 posts shares and 20.2 million followers at the time of preparing this biography.

She also created an official Facebook page on January 29, 2014, and so far has over 4.7 million people following her account. Moreover, as a singer, Frangipane also has a Youtube channel named “Halsey”, and this channel has 9.15 million subscribers and over 2.8 trillion views at the time of writing this.