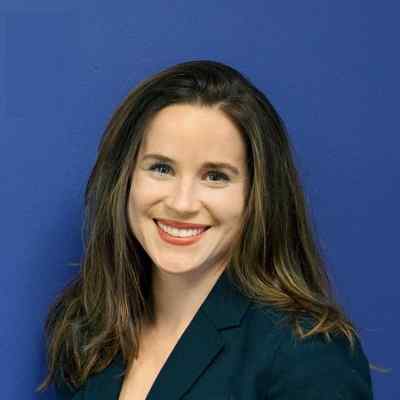 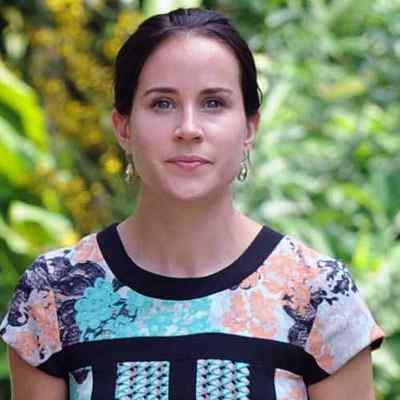 Ashley Biden is an American social worker, philanthropist, activist, as well as a fashion designer. Ashley Biden is most popular as the youngest daughter to the 46th US President of the United States, Joe Biden. Likewise, she served as the Executive Director of the Delaware Center for Justice from the years 2014 to 2019.

Ashley Biden was born in Wilmington, North Carolina, USA, on June 8, 1981. Her astrological sign is Gemini and she is 40 years old. She holds an American nationality. Likewise, her full name is Ashley Blazer Biden.

Her mother’s name is Jill Biden and her father’s name is Joe Biden. Her father is the 46th US President and her mother is the former Second Lady. Likewise, she is the half-sister of Hunter Biden and the late Beau Biden who are her father’s children from his first marriage to Neilia Hunter. Moreover, she is of English, French, and Irish descent on her father’s side and English, Scottish, and Sicilian descent on her mother’s side. During her childhood, her father served as the United States Senator from Delaware and her mother worked as an educator. 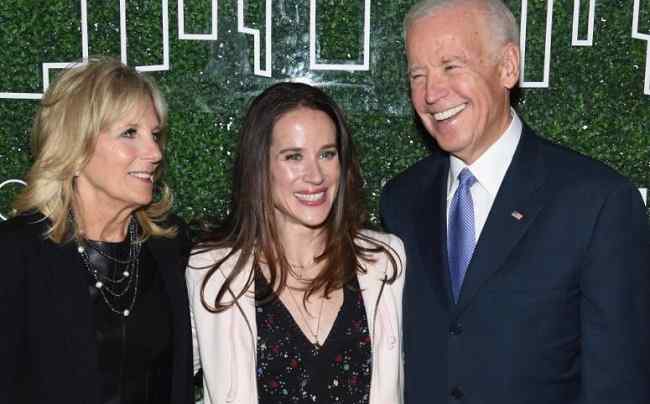 Caption: Ashley Biden along with her parents (Source: Google)

Ashley Biden attended Wilmington Friends School. It is a private school of the Religious Society of Friends in Wilmington. And, she was on her school’s lacrosse and field hockey teams. Likewise, when she was in elementary school, she discovered that the cosmetics company Bonne Bell tested its products on animals. And, she wrote a letter to the company asking them to change their policy on animal testing.

She later got involved in dolphin conservation, inspiring her father to work with Congresswoman Barbara Boxer to write and pass the 1990 Dolphin Protection Consumer Information Act. In addition, She also made an appearance before members of the United States Congress to lobby for the legislation.

She studied cultural anthropology at Tulane University. And, during her freshman year of college, she worked at Girls Incorporated, now Kingswood Academy, as a camp counselor. Likewise, she also interned at a summer program at Georgetown University, working with youth from Anacostia. After college, she worked as a waitress at a pizza shop in Wilmington for a few months before starting her career in social work.

Furthermore, Biden moved to Kensington, Philadelphia, and started a job as a clinical support specialist at the Northwestern Human Services Children’s Reach Clinic. There she assists youth and their families with accessing resources and working directly with psychiatrists and therapists. She also obtained a master’s of social work degree from the University of Pennsylvania’s School of Social Policy and Practice in the year 2010. Moreover, she was one of twelve graduates who received the John Hope Franklin Combating American Racism Award.

Ashley Biden works as a social justice activist as well as a social worker. After finishing graduate school, she gained a job at West End Neighborhood House.  And, she worked as a social worker in the Delaware Department of Services for Children, Youth, and Their Families for fifteen years. Moreover, while working for the department, she created programs for youth focusing on juvenile justice, foster care, and mental health.

In the year 2008, Delaware Today’s “40 People to Watch” list her for her work in the department. And, In the year 2012, she joined the Delaware Center for Justice as an associate director, concentrating on criminal justice reform in the state. She even helped establish and run programs and services at the center focused on public education, adult victim services, gun violence, incarcerated women, and community reentry.

Overseeing all direct servicing programs at the center, she worked with victims of crime, adjudicated youth, elderly prisoners, adults on probation and parole, truant youth, and Pennsylvania courts of common pleas clients who were eligible for mediation. And, in the year 2014, she was promoted to Executive Director of the center and served in that capacity until 2019.

She also implemented a program called SWAGG: Student Warriors Against Guns and Gangs, which provides educational resources and community-based support groups aimed at eliminating violent crimes and gang activity among youth in New Castle County. Moreover, she founded the [email protected] program that provides resources and outlets for students to create artwork while they are detained in detention facilities and then sells the art in the community. Through this program, she also teaches the students business and financial literacy skills. 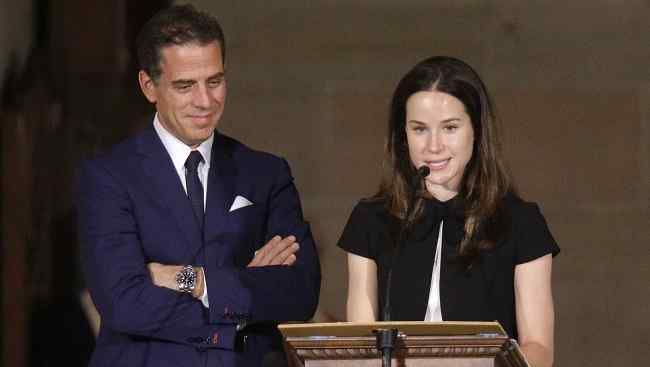 In the year 2017, she launched the Livelihood Collection, an ethical fashion clothing brand, at Spring Place in TriBeCa during New York Fashion Week. She also created the brand to help combat income inequality and racial inequality in the United States. Likewise, all the proceeds from the brand launch at New York Fashion Week were allocated to programs for communities in need.

Ashely also decided to design hoodies due to their connection to the Labor Movement, and their symbolic significance toward social justice movements. And, the brand’s website provides information about civic engagement and economic justice.

Along with Rachel Zoe, Bibhu Mohapatra, Betsey Johnson, and other designers and fashion houses, she designed outfits for 12-inch vinyl dolls of the Peanuts characters Snoopy and Belle for the 2017 Snoopy and Belle in Fashion exhibition. In June 2020, she designed the uniforms for the staff at the Hamilton Hotel in Washington, D.C. as an offshoot of her Livelihood Collection.

In the year 2010, Ashley Biden began dating Howard Krein, a plastic surgeon, and otolaryngologist. They met each other through her brother, Beau. The couple married in a Catholic-Jewish interfaith ceremony at St. Joseph’s on the Brandywine in 2012. Her husband works at Thomas Jefferson University Hospital. Likewise, he is an assistant professor of facial, plastic, and reconstructive surgery at Thomas Jefferson University.

In August 2020, she spoke at the 2020 Democratic National Convention before her father accepted the 2020 Democratic Presidential Nomination. Likewise, on August 6, she hosted an organizing event for Wisconsin Women to discuss the Women’s Agenda. The campaign brings awareness to women’s issues in the 2020 United States presidential election.

She was arrested in Chicago in 2002 and charged with obstructing a police officer. And she was released on their own recognizance. Then, in the year 2009, a friend of hers attempted to sell a video, reportedly of her using cocaine at a party, to the New York Post for $2 million. And, the negotiations brought the price down to $400,000. But the tabloid declined the offer, choosing instead to publish a story about the alleged video. After the New York Post published the story, about her arrest in the year 1999 in New Orleans for possession of marijuana. However, the charges were dropped and she was released. 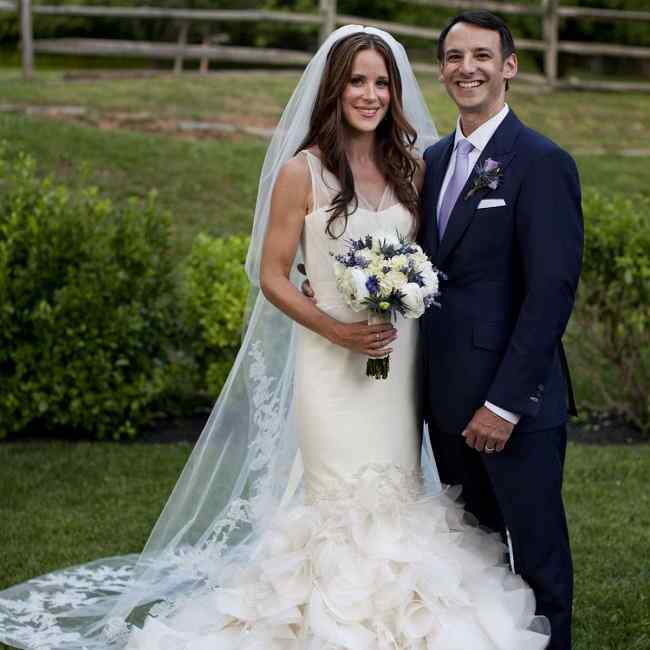 They body measurements of her such as her height, weight, etc, are not available at the moment and are still under review. Moreover, she has brown hair and green eyes.

Ashley Biden is only active on Instagram under the name “ablazer8”. However, her account is private and has mustered 663 followers on it. Likewise, her exact net worth is unknown and this information is also still under review.