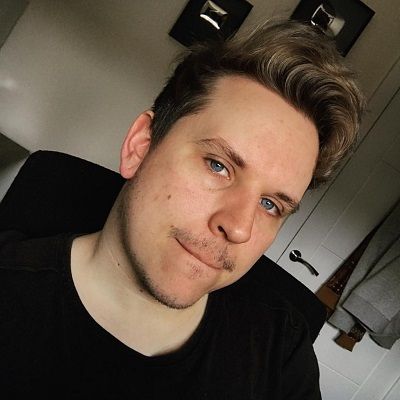 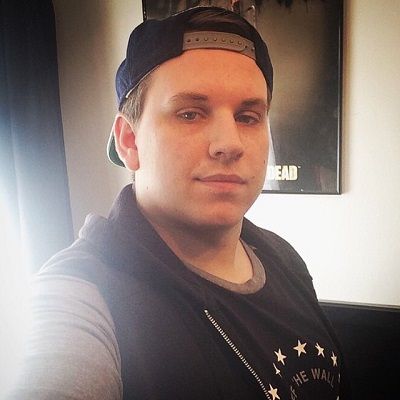 Ashdubh is a British YouTube gaming star. Ashdubh is also known as FearADubh, or FubhADubh who uploads Minecraft content as well as vintages on various games.

Ashdubh was born Aaron Fox-Hall on July 1st, 1990. As of 2020, he is 32 years old. He was born in England, UK and now resides in Peterborough, England. He has a married brother. Growing up, he would often skateboard and play football with his brother and friends. Gamers ‘ballistic squid’ and ‘TheJamesMC’ are his best friends.

Aaron is known for his love for cheese and is thus also known as the “Cheese Man,” or “Cheese Head.” Had he not been a gamer, he would have built a career in music. He has undergone depression in the past. He has two dogs named Barry Allen and Cisco. They are named after two characters from the TV series ‘The Flash’. Aaron loves pugs and turtles.

Moreover, his all-time favorite TV shows are ‘The Flash’ (Season 4), ‘Arrow’ (Season 6), and ‘Riverdale’ (Season 2). He once made a reaction video that featured his views on these shows. 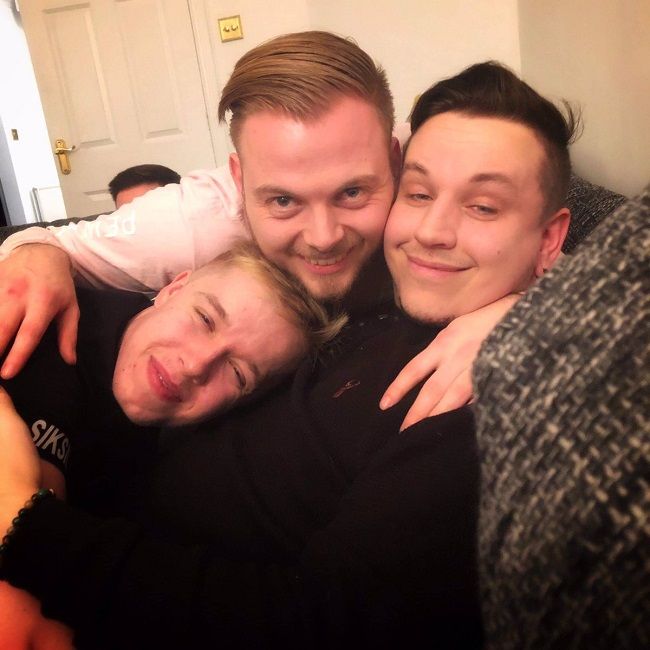 Caption: Ashdubh clicking a photo with his friends. Source: Twitter

Ashdubh started earning when he was very young. Initially, he worked in a pound shop as a shelf-stacker. He always wanted to make a career in the entertainment arena. He used to perform live music around the UK. Aaron also used to stack shelves in a pound shop. However, before venturing into gaming, he was interested in music. He has also performed live in the UK. Aaron later turned toward video games and eventually built a career as a gamer.

Further, he started his career through YouTube, where he created his first channel on December 3, 2012. His channel was originally named ‘FearADubh,’ which is currently known as ‘AshDubh.’ The title originated from the combination of the word “fear,” “A” from his real name, and “dubh”, an Irish word meaning “black”. Moreover, he wanted the title to sound creepy and fearful, much like his content. Similarly, when he changed the genre of his game, he renamed it ‘AshDubh,’ as he wished to retain his name in the title.

More about the channel

Aaron generally posts ‘Minecraft’ content and “vintage” (fun footage). He gained prominence as a ‘Minecraft’ and ‘Roblox gamer. Moreover, his channel’s viewers include children, too, as he is known for creating family-friendly content. Although this has restricted the variety of his content, he has still managed to build an impressive fan base. He primarily plays ‘Minecraft’ mini-games with his friend and fellow ‘YouTube’ gamer, ballistic squid.

Some of his gestures, such as screaming out loud, laughing like a girl, and being completely random, have been the highlights of his videos. Aaron has played as a helper in the ‘Minecraft’ series ‘Stampy’s Lovely World. He has also played games such as ‘Scrap Mechanic,’ ‘Rocket League,’ and ‘Grand Theft Auto (GTA) Races.’

He later started making videos on games such as ‘GTA V, ‘FIFA,’ and ‘Ark: Survival Evolved’. Moreover, he believes that the ‘Race to the Moon’ series is his best work on the channel to date. Further, he has collaborated with many ‘YouTube’ gamers, such as ballistic squid, TheJamesMC, Tomohawk, and BigBStatz. 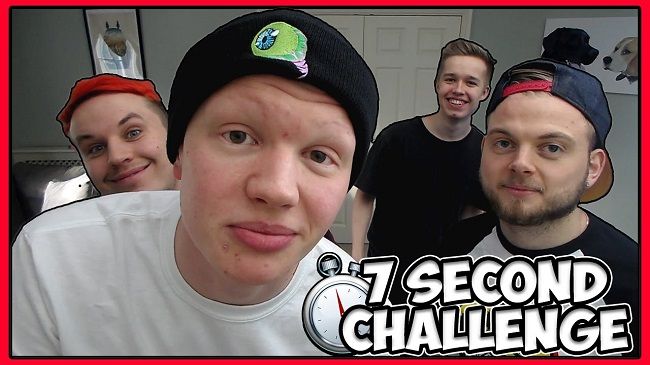 Aaron has a second YouTube channel called ‘Aaron Fox-Hall [UG]’ (formerly ‘AshDubh2/Dubh’), which is a vlog channel. He has quit this channel thrice now and has re-branded it almost six times. The channel mainly features stories from his life. The channel hosts travel vlogs, storytimes, reactions, and other such videos. He also owns a merchandise website.

In August 2018, he organized a “meet and greet” at the ‘Rapture Gaming Festival.’ He also once attended the ‘Digital Kids Show’ as one of its speakers, along with well-known ‘Minecraft’ ‘YouTube’ stars LDShadowLady, SmallishBeans, Amy Lee33, and Tomohawk.

On 27th March 2019, he announced that he would stop uploading videos on his main channel after 30th April due to personal matters. However, he continued to post videos occasionally beyond 30th April, with his final video uploaded on 15th October. The channel has since been taken over by a YouTuber by the name of Drewplays, who also posts gaming videos. He has another channel ‘HoboAsh’ which he joined on Feb 16, 2020.

Ashdubh married Izzy Fox on April 20, 2019. The two are enjoying their time and are happy. They keep traveling to different places and are having fun. They celebrated their first anniversary on April 20, 2020. Izzy posted their wedding photo on her Instagram and captioned it:

“1st wedding anniversary with this one. ❤️ Happiest day of my life. Who’d have thought we’d be spending our first anniversary in lockdown during a pandemic?! Here’s to so many more years and experiences together. ?”

There are no drastic rumors that he has been involved. He has maintained his profile as clean and good. 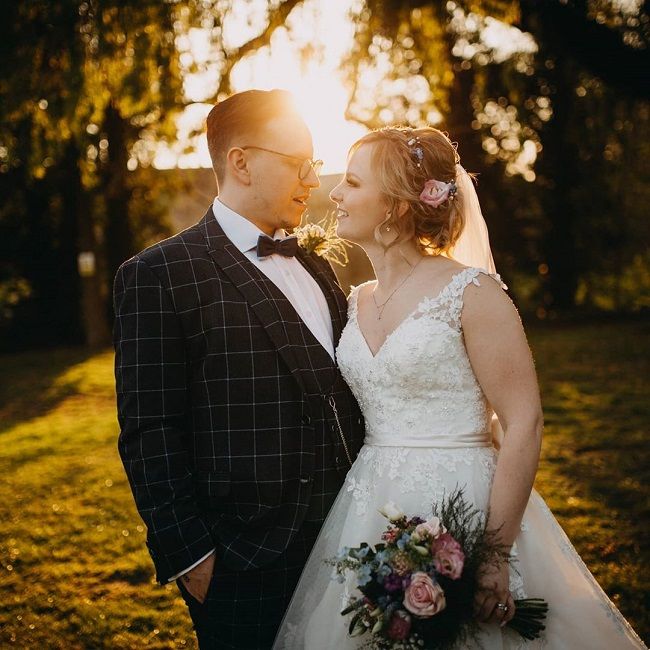 Caption: Ashdubh and his wife, Izzy on their wedding day. Source: Instagram

Ashdubh stanat ds a height of 5 feet 9 inches tall and weighs around 75 kg. He has tattoos on his body and he wears spectacles. Moreover, he has light brown hair and blue eyes. He has also dyed his hair Red, Light Brown, and Blonde in the past.

It seems like he has taken a break from social media. Ashdubh is not found on Instagram. He has a Twitter account ‘@ashdubh’ with more than 175 followers. He joined it in March 2019. His ‘HoboAsh’ YouTube channel has over 594 subscribers. And he sells his channel to ‘Drewplays’ which has earned over 879K subscribers.

He might have accumulated a good amount through his successful career, with another source of his wealth coming from his merchandise line. But, he has not disclosed his net worth to the public yet.