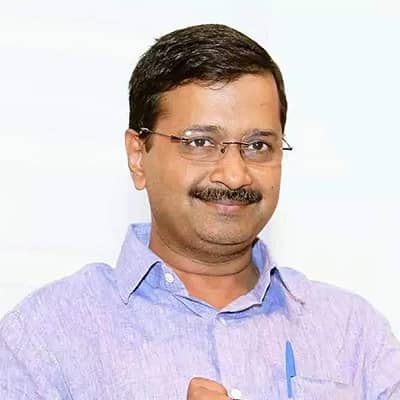 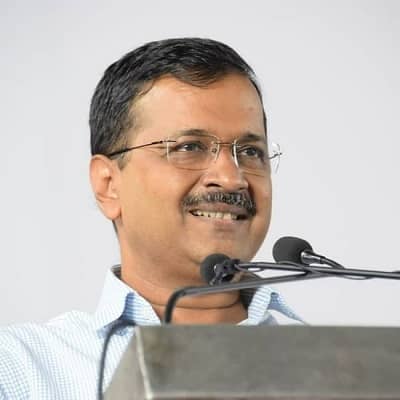 https://twitter.com/ArvindKejriwalArvind Kejriwal is a prominent Indian politician and former bureaucrat. Arvind Kejriwal is the 7th Chief Minister of Delhi. Likewise, he is also the national convener of the Aam Aadmi Party and this party won the 2015 Delhi Assembly election.

Arvind Kejriwal was born on 16th August 1968 who is currently 52 years old. Being born in mid-August, his zodiac sign is Leo. Likewise, Arvind was born in Siwani, Haryana, India, and holds Indian citizenship. At present, he is currently living in New Delhi, Delhi. Similarly, talking about his ethnic group and religion, he belongs to the Indian ethnic group and follows Hinduism. Likewise, about his early childhood and family background, Arvind Kejriwal was born in an Agrawal family.

Similarly, he was the eldest among three children of his parent. Arvind is the son of Gobind Ram Kejriwal and Gita Devi. Likewise, he has two younger siblings, one brother, and one sister. His brother Manoj Kejriwal is a Software Engineer working in IBM, Pune. Similarly, his sister Ranjana Kejriwal is a doctor working in Bharat Heavy Electricals Limited, Haridwar. His father Gobind Ram Kejriwal was an electrical engineer who was a graduate of Birla Institute of Technology, Mesra. Likewise, he has been spending most of his childhood in north Indian towns including Sonipat, Ghaziabad, and Hisar.

Furthermore, talking about his educational background, Arvind went to Campus School in Hisar and in Holy Child School in Sonipat. Followed by this, in the year 1985, Arvind took the prestigious IIT-JEE exam scoring an All India Rank of 563. Likewise, he graduated with a degree majoring in mechanical engineering from the Indian Institute of Technology Kharagpur. Followed by this, he joined Tata Steel of Jamshedpur in the year 1989.

However, to prepare for the Civil Services Examination, he gave his resignation in the year 1992. Likewise, while he was in Calcutta (present-day Kolkata), Arvind met Mother Teresa. There he did volunteering with the ‘Missionaries of Charity’ and the ‘Ramakrishna Mission’ in North-East India and in Nehru Yuva Kendra.

Followed by clearing Civil Services Examination, he joined Indian Revenue Services as an assistant commissioner of Income Tax in the year 1995. Likewise, in November 2000, Arvind took two years of paid leave to pursue his higher education on the condition of upon resuming his work, he would not resign from the work for at least two years. However, if there was a failure to abide by the condition, he will have to repay the salary given at the time of the leave period. 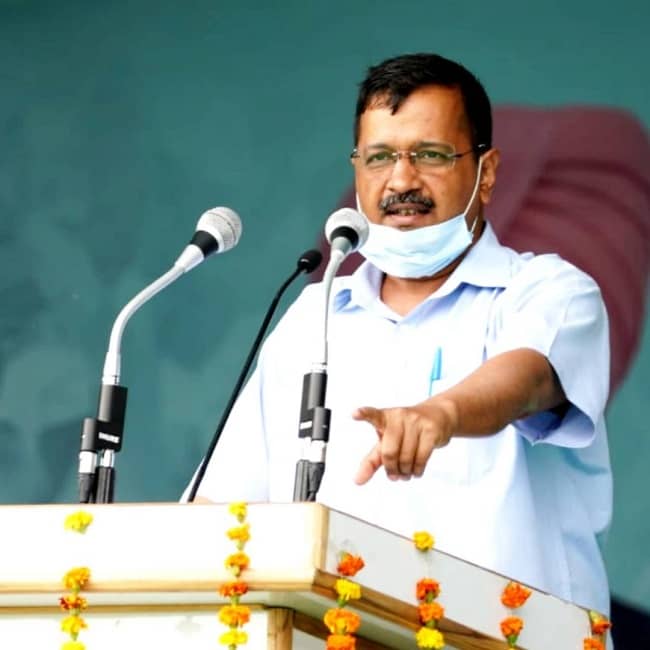 Caption: Arvind in one of his speeches. Source: Instagram

After rejoining in November 2002, Arvind was not given any posting for almost a year and got his salary without any work. At last, he applied for leave without any pay. Moreover, after 18 months, he took leave without pay and became sanction on unpaid leave. Due to all this chaos, in February 2006, he made a resignation from his position as Joint Commissioner of Income Tax in New Delhi.

Likewise, after joining politics, Arvind chose public service over earning crores as an Income Tax Commissioner. Moreover, this led to a controversy making the IRS association pointing that he has never been promoting to the rank of Commissioner of Income Tax.

In the year 2010, Arvind led a protest against corruption in the Commonwealth Games. Likewise, his argument was the Central Vigilance Commission did not have any powers to take any action against the guilty. This made CBI incapable of launching an unbiased investigation against the ministers who were controlling it. Followed by this, he advocated an appointment of public ombud as Lokpal at the Centre and Lokayuktas in the states.

Followed by this, Arvind joined several other activities including Anna Hazare and Kiran Bedi to form India Against Corruption (IAC) group. This group demand enactment of the Jan Lokpal Bill resulting in a strong ombudsman. Followed by all events of the party, in the year 2015, during the second term of the AAP government in Delhi, Jan Lokpal Bill passed by the assembly awaiting presidents’ approval. However, one of the major criticism faced by Jan Lokpal activists was that they had no right to dictate terms while electing representatives. Followed by this, as a result, Kejriwal and the activists made a decision to enter politics and contest the election. 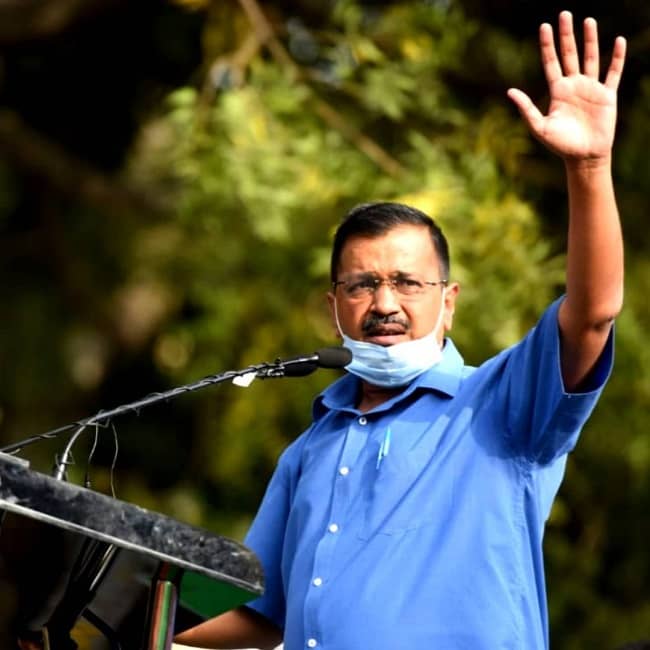 Caption: Arvind in one of his speech. Source: Instagram

In November 2012, Arvind formally launched the Aam Aadmi Party. He became elected as the National Convener of the Aam Aadmi Party. The name of the party reflects the phrase ‘common man’ in Hindi and is the interest Arvind proposes to represent. However, the establishment of this became the rift between Kejriwal and Hazare. This party then decided to contest in the 2013 Delhi Legislative Assembly election with Arvind contesting against Chief Minister Sheila Dikshit. While the run-up of an election, he became the fifth-most popular Indian politician on the social media channel.

Likewise, in the election of the year 2013, Delhi Legislative Assembly, AAP won 28 seats following BJP with 31 seats. He defeated Sheila Dikshit of INC by a margin of 25,864 votes. He was sworn in as the second-youngest chief minister of Delhi on 28th December 2013. Arvind was basically in charge of Delhi’s home, power, planning, finance, services, and vigilance ministries. However, after failing to table the Jan Lokpal Bill in the Delhi Assembly, he gave his resignation as Chief Minister on 14th February 2014. Moreover, he blamed the INC and BJP for stalling the anti-corruption legislation linking with the decision of the government to register FIR against industrialist Mukesh Ambani.

In 2015, Arvind led Aam Aadmi Party winning 67 of the 70 constituencies in the Delhi Assembly elections. He took oath on 14th February 2015 as the chief minister. Moreover, the first work done by the party was Mohalla Clinics as the primary health center in Delhi. Likewise, by2018, more than 187 such clinics were set up across the state. He basically focused on the health facility and transportation facility.

Moreover, he has also been a writer. Arvind has written a book ‘Swaraj’ in which he has penned his views on corruption and the state of the Indian democracy in it.

Talking about his net worth and earnings, Arvind is a politician. Likewise, he is the 7th youngest CM of Delhi. Similarly, Kejriwal has an estimated net worth of around $472,000.

Regarding his relationship status, Arvind is straight and in a marital relationship. He tied the knot with 1993-batch IRS officer Sunita on the year 1994. Likewise, she took voluntary retirement in the year 2016 as Commissioner of Income Tax on the Income Tax Appellate Tribunal. The couple has two children together whose names are Harshita and Pulkit.

Being involved in politics, Arvind has also been in controversies. The major controversy on him was for his controversial comments on Biharis.

The politician has a height of 5 feet 5 inches (65 inches) and a weight of 64kg (141lbs). However, he has not revealed other body measurements like vital stats (chest-waist-hips) and shoe size. Looking at his physical appearance, Arvind has a black pair of eyes and black hair.