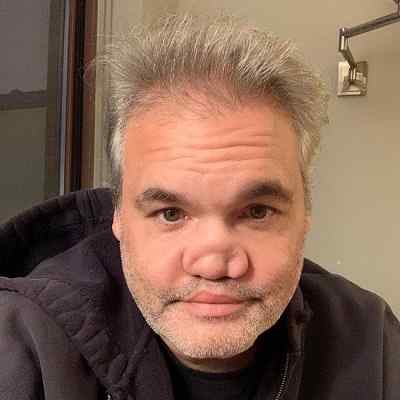 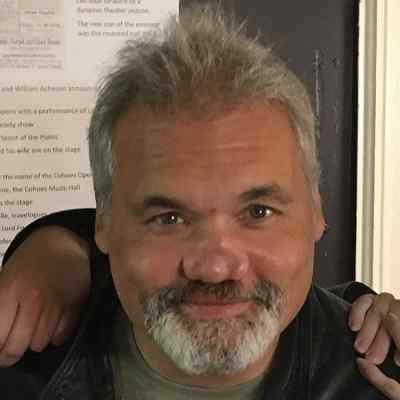 Artie Lange is an American TV Show Host. Artie Lange is a MADtv comedian, actor, as well as Howard Stern radio sidekick. He started his stand-up comedy career when he was 19 years old. And, his film credits include Dirty Work, Elf, and Beer League.

Artie Lange was born in Livingston, New Jersey, USA, on October 11, 1967. He is 53 years old and is under the astrological sign, Libra. He holds American nationality. His full name is Arthur Steven Lange Jr.

His father’s name is Arthur Sr. Lange and his mother’s name is Judy Caprio. He also has a sister whose name is Stacy Lange. Stacy is a fashion designer and has worked with a couple of famous fashion and clothing companies such as American Eagle Outfitters and Ralph Lauren. Likewise, Artie’s mother is a housewife and is of Italian descent whereas his father was of Native American and German descent. Sadly, his father passed away on February 1, 1990. Arthur Sr. Lange used to work as a contractor whose job was to install TV antennas.

Artie Lange was a very active young kid while he was in his teen years. He attended Union High School. He was an avid baseball player and also went on to become a third baseman. Artie was very much indulged in the extra-curricular activities that his grades started to suffer in school. Because of that, he had to take extra classes in the summer in order to graduate high school. Likewise, by the time he graduated high school, somehow Artie Lange realized that he had a knack for comedy and was interested in it.

He enrolled at the Seton Hall University in the year 1985 through a family connection. He started entertaining his fellow students through his presentations in college. But, he was never into academics and tried devising ways to quit college. Artie’s father suffered an accident while installing an antenna during that time, and that compelled Artie to move back to his house and help his father in his business, as his father had become a quadriplegic.

Moreover, the money was required for his father’s treatment and he thought of a unique way to gather the funds. He wrote to many famous personalities to auction their stuff to collect money for his father. And, Howard Stern who is a famous American television and radio personality, sent him an autographed jacket. Unfortunately, Lange’s father passed away due to an infection. 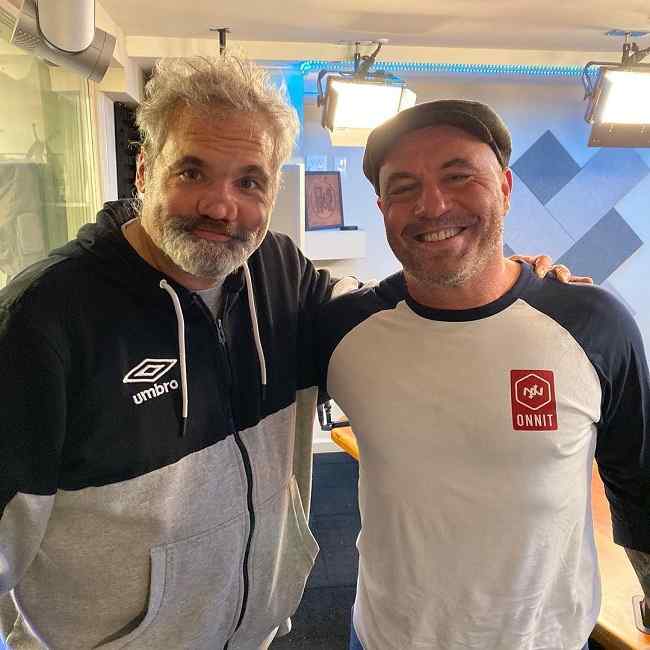 Caption: Artie Lange along with his friend (Source: Instagram)

Artie Lange decided not to study further and began working after the passing away of his father. He discovered that he was able to do stand-up comedy. When he was 19 years old, he performed his first act in Manhattan, USA. Sadly, his first-ever stand-up show got a very cold response. And, he himself admitted that he forgot many of his lines on-stage and that he went here unprepared. Then, for the next few years, Artie Lange gave up on trying to become a stand-up comedian and took acting classes from HB Studios in New Jersey. However, he was not able to pay for the acting classes so h had to quit the classes after three weeks.

Likewise, Artie Lange further became desperate to work as well as support his family. He then began working as a longshoreman at Port Newark in the year 1991 and he worked there until the end of the year, earning $60K in one year. Then, by September 1992, Lange saved enough to give stand-up comedy career another shot. During the time, he was searching for stand-up work, he drove a taxi to make the ends meet. And, Artie’s first-ever paid stand-up gig paid him $30. Then, he was enthused and further worked harder to improve his skills.

Eventually, Artie Lange received a good response from his stand-up acts that he performed at Stand Up NY and Comic Strip Live. He then was hired to perform regular stand-ups from Tuesdays to Saturdays. And, his real breakthrough came when he began his own improv-comedy troupe called “Live on Tape”, which was very successful. This led Lange to sign a contract with the William Morris Agency, where he met Peter Principato, who became his manager for the next 10 years.

The comedy sketch show, Mad TV was able to arrange auditions for more than 8K people from all over the country in the mid-1990s, and Artie Lange was among the eight cast members that featured on the show. And, in May 1995, he moved to Los Angeles to shoot the pilot episode, which led the show to be picked up by the Fox network. 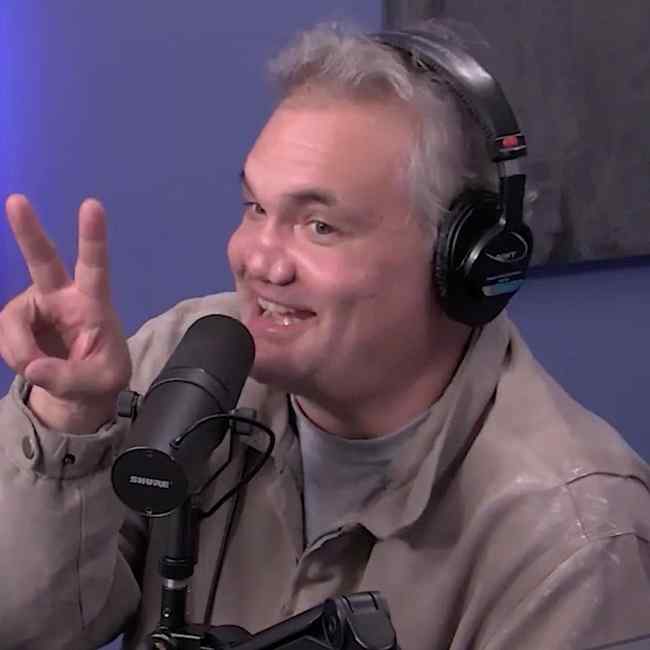 A major roadblock came that threatened to destroy Artie’s career in the year 1995 before it had even begun properly. He became a cocaine addict and once when he was out of the addict, he tried to kill himself, also writing a suicide note to his family. Fortunately, he was saved on time after he was taken to a hospital. Later, he went to New Jersey for a rehabilitation and counseling program and returned to LA in the year 1996 to shoot the remaining episodes. However, his mental health did remain troubled and he fell into clinical depression and left Mad TV after two seasons, although he did make guest appearances in a few seasons of the show afterward.

Artie Lange made his acting debut playing a key role in the independent film titled “Puppet” in the year 1996. And in the year 1998, he starred in the film titled “Dirty Work”. The film was a success and this success helped him receive many offers to star in television shows as well as films. Sadly, none of Lange’s ideas really clicked with the executives and then he ended up doing stand-up shows around Los Angeles.

Moreover, in the late 1990s, other than appearing in films like The Bachelor, Mystery Men, Lost & Found, Artie Lange even starred in the sitcom titled “The Norm Show” and played one of the lead roles in the sitcom until the year 2001.

Artie Lange had yet another major career breakthrough in the early 2000s when he appeared on The Howard Stern Show, which further catapulted him to great professional heights. And, in the year 2004, he released the first DVD of his stand-up comedy special titled “It’s the Whiskey Talkin”. Then he secured the funding for the film titled “Artie Lange’s Beer League” in the year 2005. However, while making the film, Artie Lange went through substance abuse, which did reflect in the final film, as the film went on to become a major critical as well as a commercial debacle.

Artie Lange headlined a comedy tour called “Operation Mirth” in the year 2008, which performed for the American troops stationed in Afghanistan. Later that year, he also signed a deal with “Spiegel & Grou” to write his first book titled “Too Fat to Fish”, the story of his life, which became a bestseller. He did struggle through heroin addiction in the late 2000s and even canceled his shoots with The Howard Stern Show and his standup gigs. And, over the next couple of years, he did face several troubles to focus on work as well as the situation further worsened after he went through another suicide attempt.

Somehow. he was able to resume his career and was able to host “The Nick & Artie Show”. This show eventually became the “The Artie Lange Show” after Nick left. Also, he released his second book in the year 2013, titled “Crash and Burn”. Likewise, over the next few years, Artie kept facing substance abuse issues but kept working intermittently.

Artie Lange made two guest appearances on the show “The Jim Gaffigan Show” and starred in a pilot episode for a new HBO comedy series titled “Crashing”. Likewise, in December 2015, he started writing his third book with Bozza. The title of the book is “Wanna Bet?: A Degenerate Gambler’s Guide to Living on the Edge” and he released it in July of th year 2018. And, from the year 2017 to the year 2018, Artie along with Anthony Cumia, was a co-host of “The Artie and Anthony Show”.

Furthermore, in September 2019, Artie Lange came back from rehabilitation and performed as a comedian at the Comedy Cellar in New York City. Then he announced a series of stand-up dates. And, he also signed a deal to host a new podcast that will premiere in November 2019. 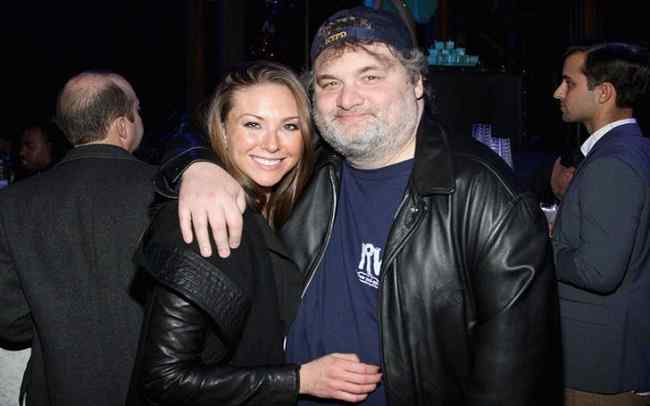 Artie Lange has a height of 5 feet 10 inches and his weight is 78 Kg. Talking about his other body measurements such as his chest size, waist size, and hip size, their sizes are 42-36-38 inches respectively. Moreover, Lange has brown hair as well as brown eyes.

Artie Lange is pretty active on all of his social accounts. He has an Instagram account under the name “artielange67” and has garnered 113K followers until now. He is active on Twitter and Facebook as well and has accumulated 382.4K and 256K followers to date.

According to celebritynetworth, Artie Lange has a net worth of $1 million and his income sources are and were his profession of being Comedian, Actor, Film Producer, Radio personality, Screenwriter, Taxi driver, and Author as well.