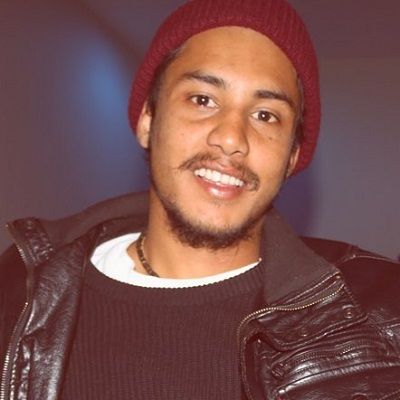 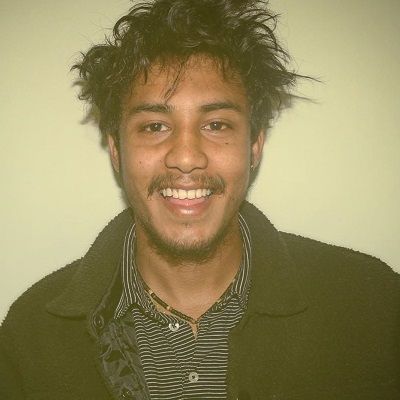 Arthur Gunn is an aspiring Nepali singer as well as Youtuber. Arthur Gunn rose to prominence after becoming runner-up of the 18th season of American Idol which is an American singing reality show.

Arthur Gunn is 23 years old as of 2022. He was born in March 1999, in Kathmandu, Nepal. His real name is Dibesh Pokhrel and his first name Dibesh means light in Nepali.

Likewise, he was brought up along with his siblings in Kathmandu. Currently, he resides in  Wichita, Kansas, the United States.

He was not from a musical background, although exposed to music at an early age and grew up with it in his life.

As a child, he sang and played small guitars his mother gave him. His family played records and music and he wanted to do that as well.

From the age of two, he blends songs together while playing the guitar. His first experience with American Idol (AI) was watching the U.S. version online while growing up, he also studied English in Nepal.

His family migrated to Wichita, Kansas around 2008 when he was eleven but he continued and finished school.

Later he would sing in pubs and coffee houses, but mainly for parties of friends; he eventually recorded some songs. He began taking his singing seriously in 2012/2013. 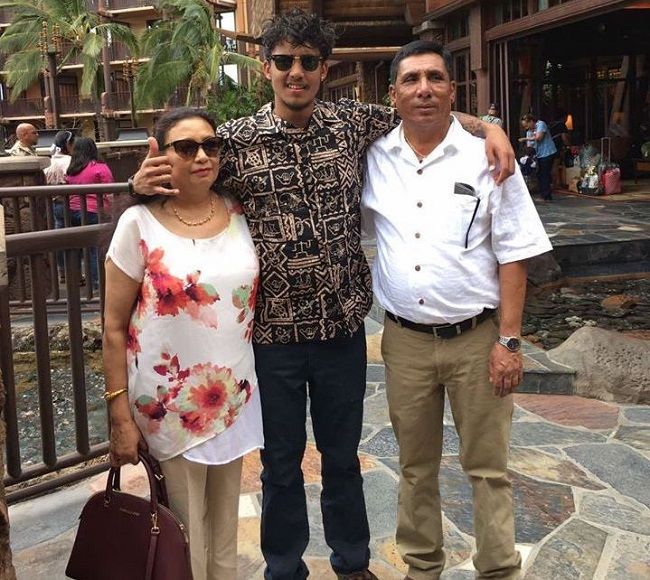 Arthur immigrated to Wichita, Kansas around 2014 after graduating high school, and attending his sisters who were in school in the U.S.

Then, he joined his parents; there he was introduced to bluegrass and country music. He bought a new guitar and became friends with musicians and played in the city’s coffeehouses.

He even traveled and busked on street corners in Los Angeles, San Francisco, and New York, and a summer at the Ocean City, Maryland boardwalk.

Though he doesn’t belong to musical family background, he finds himself so lucky to be presented with musical environments at an early age and to grown up around music.

When he was a kid, his mother gifted him his first guitar. Since he enjoyed the sweet gustation of music, his biggest inspiration has been singers like John Martyn, Nick Drake, Bob Dylan, Bukka White, Robert Johnson, Howlin’ Wolf, Sonny Boy Williamson, and John Lee Hooker.

Moving toward his educational background, he did his schooling in his home town Kathmandu. After completing of his high school, he moved to the United States for further studies about six years ago.

His sisters were attending school in Wichita, then he also followed them. Later on, his parents too moved to the US.

On his Facebook profile, he has also replied to a question about the percentage that he secured in SLC examinations. He has got 81% as a whole showing his ability in studies as well as in his field of interest.

What is the relationship status of Arthur Gunn? Who is his girlfriend?

Reflecting on Arthur Gunn’s relationship status, he might be single or in a relationship. He is an unmarried guy.

However, he has kept his personal life far away from the limelight and has not mentioned his relationship on his social media handles.

Further, he might open up about his relationship status at the right time. Anyway, he might also be waiting for his perfect match to pair with him and go along in the future.

Being a rising star, he has maintained a clean profile till now and is not been linked to controversial acts. He is more focused to shape his career rather than linking on scandalous matters.

He has gained quite a fan following on his social media platforms after his recent prominence from his magical performance on American Idol.

On Instagram, he goes by the handle @arthur_gunn which has gained more than 73.3k fan followers.

In addition, he also runs a Youtube channel under the user name Arthur Gunn [OFFICIAL] and amassed over 171k subscribers. And, he has got more than 7.6 million views on his Youtube videos.

The mystery behind his name

Dibesh Pokherel is the first native Nepali to perform on the show, the American Idol platform.

He was questioned about the meaning of his name Dibesh,  by one of the judges of American Idol, Katy Perry. He answered it simply as “light”.

Exactly as per Hinduism, his name is the name of Lord Mahadev giving the meaning to the name as being “lord of lords”.

Similarly, his stage name is Arthur Gunn since 2018. His name was chosen from “Art hole Gun”, where “hur” equals “hole”. Combined Arthur means Nobel and courageous.

Talking about Arthur Gunn’s professional life, he initiated his musical journey through Youtube. As a young kid, he was a keen interest in music.

Currently, he got recognition as a contestant in American Idol Season 18.

Then, he posted his first debut Youtube video titled “The Revivalists – Wish I Knew You (Arthur Gunn Cover// Live Session” which has got 137k till now.

However, before performing on the American Idol, he initially performed at several bars and pubs in Kathmandu and Pokhara in Nepal.

Regarding his musical journey in Nepal, he has already made his music credits in the industry.

To this date, he has published several Nepali songs in acoustic rock genres like Hamro Din, Samundra Pari, Nyano Ghar, Ma, Karnali, Pralaya’ A’, Pralaya’ B,’ Khoj, and many others.

He has been successful to place himself into his native people’s hearts. 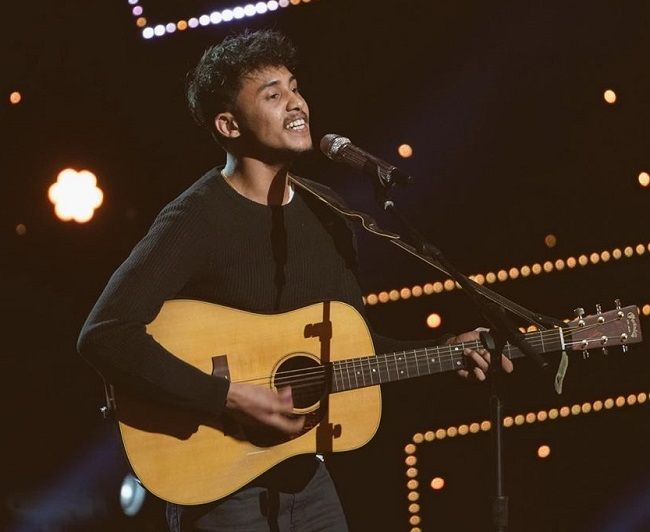 Arthur submitted his audition online for American Idol (AI) in 2019. He was invited to the September 4 in-person Wichita auditions for the third season of the rebooted edition—the eighteenth season overall of the show—at Century II Performing Arts & Convention Center.

He notes as his favorite AI alumni both 2019’s winner Laine Hardy, and runner-up Alejandro Aranda. Fortunately, he got a chance to perform on the 18th season of American idol.

He pleased and blew away Judges with classic rock and roll music in auditions with the songs of Creedence Clearwater Revival and Bob Dylan, chanting the 1968’s hit song Hard to Handle by Otis Reddings in Hollywood on 16 March 2020.

He strapped on an acoustic and was fascinated with his strong gloomy voice. The judging panel of Lionel Richie, Luke Bryan, and Katy Perry demanded more, and they got what they wanted.

After his good performance, the judging panel of American Idol continued him to the next round of the singing reality show.

Along with him, contestants including Francisco Martin, Johny West, Julia Gargano, Dillion James,  and others made it to the next round.

One of the judges Richie told “He reminds me of Bob Marley,” to his fellow judges which were quite astonishing and pleasant comments for him.

He is still serving in the competition and hopefully, he might win the title of American idol of the 18th season which his true spirit and dedication to his singing.

In between the competition of American Idol, the contestants were sent home, due to Covid-19 (coronavirus) pandemic.

For the rest of the season, the show recorded all the on-air talent from their homes. The producers equipped each contestant with alike sound and lighting fixtures so they could film from home.

When asked who he would like to duet with if Arthur made it to the finale, his list added The Black Keys, Jack Johnson, and Damian Marley.

In May 2020, he became the first Nepali-born contestant in the Top Ten on the show.

He performed a reggae version of John Denver’s “Take Me Home, Country Roads” for the show’s theme of evoking songs of home.

Pop culture’s Kyle Phillippi noted his voice has been adored by the show’s judges from the start as “the most unique.”

Further, he became the runner-up on the eighteenth season of the singing reality shows American Idol.

Speaking up on Arthur Gunn’s earnings, he is an aspiring singer as well as a Nepali-based songwriter. He has earned a quite considerable sum of money through his work.

Further, he will surely earn more income in the future through his dedication and passion for music involved in a musical career. Likewise, he is living a good and healthy lifestyle. 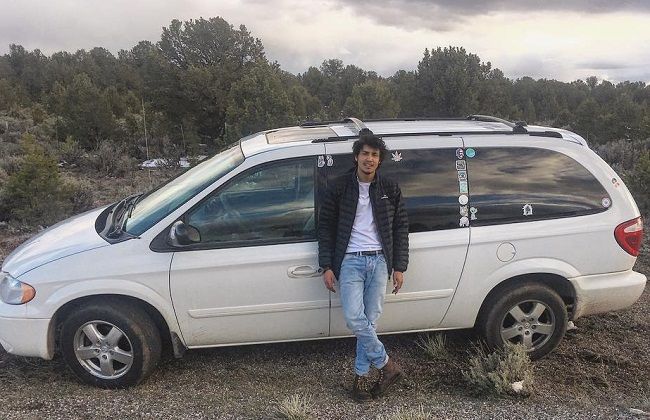 Arthur Gunn has a good-looking personality with a slightly gloomy face. He stands a good average Nepali man height of about 5 feet 6 inches with fit body physiques.

Therefore, there is no exact information regarding his weight and body statics. Likewise, he has a pair of dark brown eyes with lightly curly black hair.