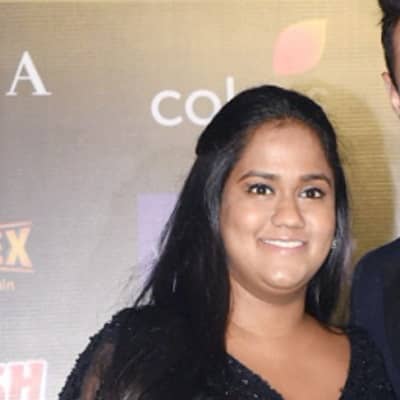 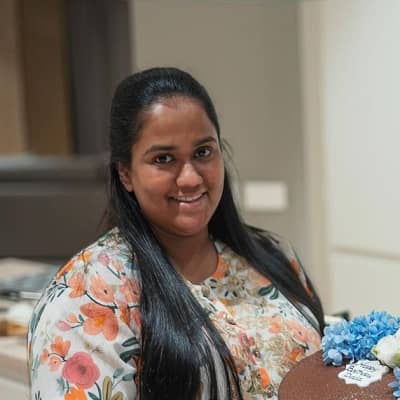 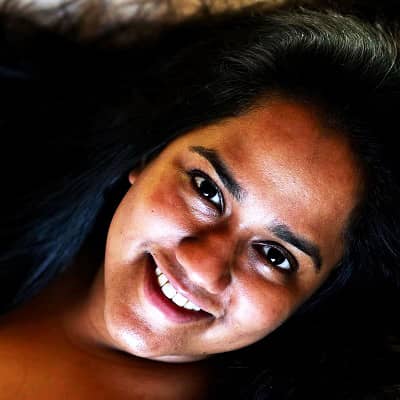 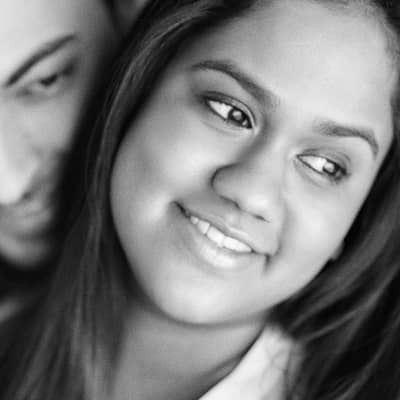 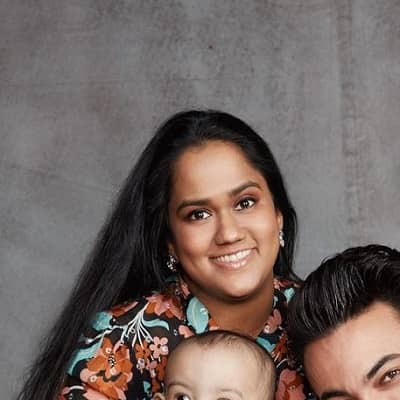 Arpita Khan is a famous Indian celebrity daughter, celebrity sibling, and celebrity wife. Arpita Khan is professionally a fashion stylist. She is famous as the wife of Aayush Sharma and sister of superstar Salman Khan.

Arpita Khan was born on 1 August 1989 and she is currently 31 years old. She hails from Mumbai, Maharastra, India, and her zodiac sign is Leo. Talking about her family, Arpita grew up with her adoptive family. Her adoptive mothers are Salma Khan/Sushila Charak and Helen Richardson and her adoptive father is Salim Khan. Talking about Arpita’s biological mother, she was a homeless woman who died on a Mumbai footpath.

Likewise, Arpita has four siblings from her father’s first marriage with Sushila. They are brothers Salman Khan, Arbaaz Khan, Sohail Khan, and sister Alvira Khan Agnihotri. Regarding her educational journey, Arpita has a degree in Fashion Design from the London School of Fashion in London, England. 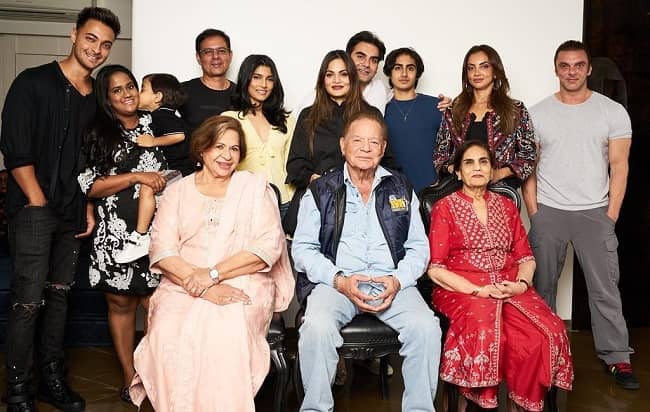 Caption: Arpita Khan posing for a photo with her whole family. Source: Instagram

Professionally, Arpita Khan is a fashion stylist. Besides her own professional life, Arpita is also famous as the celebrity sibling of the famous Bollywood actors: Salman Khan, Arbaaz Khan, and Sohail Khan. Further, she is also popular as the celebrity wife of Aayush Sharma.

Talking in detail about her superstar brother Salman Khan, he is a Bollywood film actor, producer, TV personality, and occasional singer. He is probably the most popular one among her other celebrity siblings in Indian cinema. Her eldest brother’s film career spans over thirty years. Additionally, Salman has also received numerous awards and some of them are two National Film Awards as a film producer and two Filmfare Awards for acting.

Furthermore, Forbes included Salman Khan in their 2015 list of Top-Paid 100 Celebrity Entertainers in the world. In the list, Arpita’s eldest brother tied with Amitabh Bachchan for #71. Both the veteran Bollywood actors had earnings of $33.5 million.

Moreover, Forbes listed Salman as the highest-ranked Indian actor in its 2018 list of Top-Paid 100 Celebrity Entertainers in the world. He ranked #82 with earnings of $37.7 million. Moreover, Arpita’s eldest brother is also famous as the host of the reality show, Bigg Boss since the year 2010. 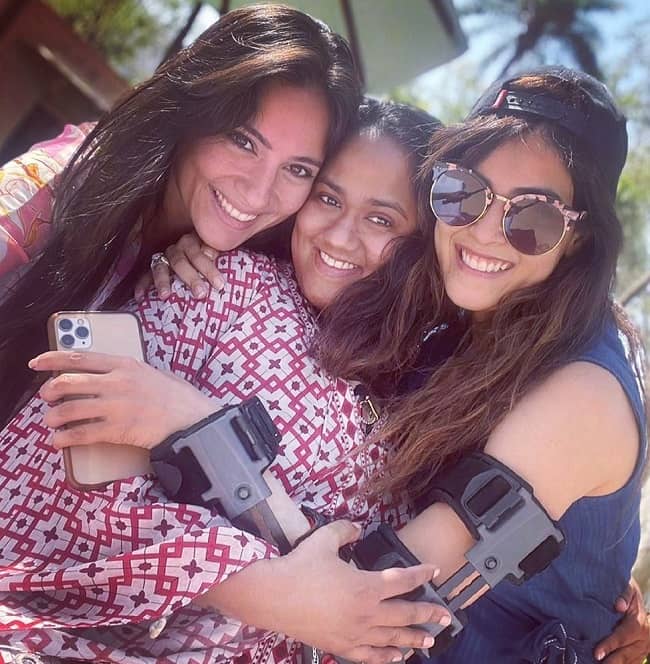 Similarly, Arpita is also a celebrity daughter of Salim Khan. Her father is a famous screenwriter, actor, and producer. He wrote screenplays, stories, and scripts for numerous Indian films. In Hindi cinema, her father is famous as one half of the prolific screenwriting duo of “Salim–Javed”, alongside Javed Akhtar. The duo became the most successful Indian screenwriters of all time. They are also regarded as “Hindi cinema’s greatest screenwriters”.

Also, Arpita’s husband – Aayush Sharma – is an assistant director turned film actor. Her husband made his Bollywood acting debut in the year 2018 with the film Loveyatri. Additionally, her husband is also a passionate photographer and an avid movie buff. Furthermore, Arpita’s husband is trained in gymnastics, acting, diction, and dance. Aayush has also worked as an assistant director for a few blockbuster movies including Bajrangi Bhaijaan, Prem Ratan Dhan Payo, Sultan, and Tubelight. 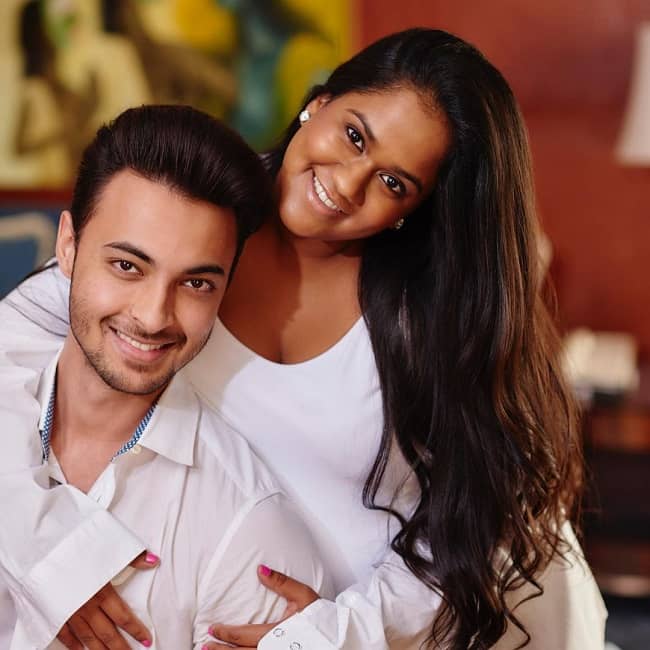 Arpita Khan is married to Aayush Sharma. Aayush is a famous Bollywood actor as well as a businessman. Likewise, they got married on 20 November 2014 via a Hindu ritual at Falaknuma Palace in Hyderabad. Talking about Aayush, he is the grandson of Sukh Ram. His grandfather is a former Minister of Himachal Pradesh and a long-time member of the Congress party.

Moreover, the couple shares two children together and they are son Ahil Sharma and daughter Ayat Sharma. The lovers welcomed their second baby, i.e. daughter Ayat, on 27 December 2019. Arpita’s brother, Salman Khan, welcomed Ayat with a kiss in the hospital. 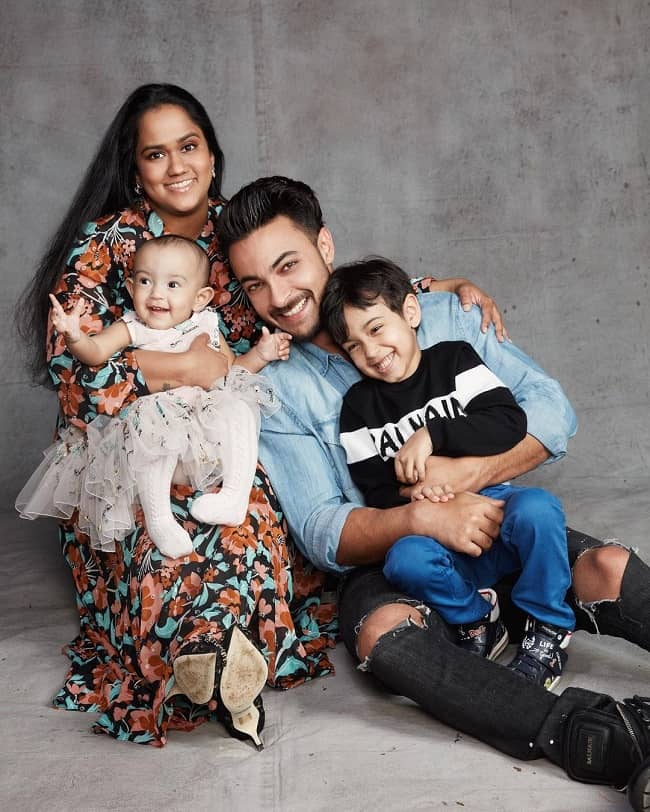 Caption: Arpita Khan posing for a photo with her husband and children. Source: Instagram

Arpita Khan stands tall at an approximate height of 5 feet 3 inches or 160 cm and her weight is around 60 kgs or 132 lbs. Moreover, Arpita’s chest-waist-hip measures are 40-32-35 inches respectively. Arpita has dark brown eyes and hair of the same color.

Talking about her social media presence, Arpita Khan is available on Instagram under the username @arpitakhansharma. This account has garnered over 1.3 million followers as of May 2021. Moreover, she also frequently appears on her husband’s Instagram account @aaysharma.

Moving on, Arpita Khan has a net worth estimation of around ₹134 crores ($20 million).