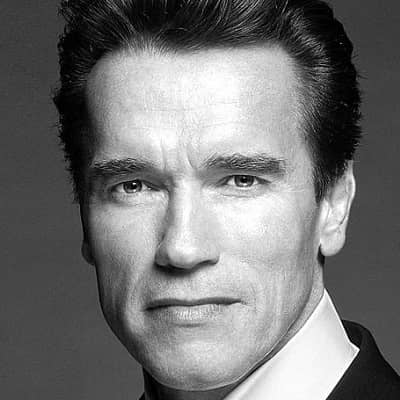 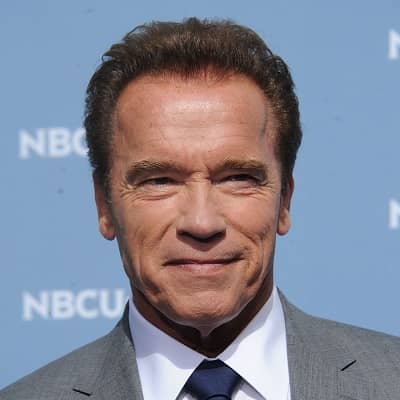 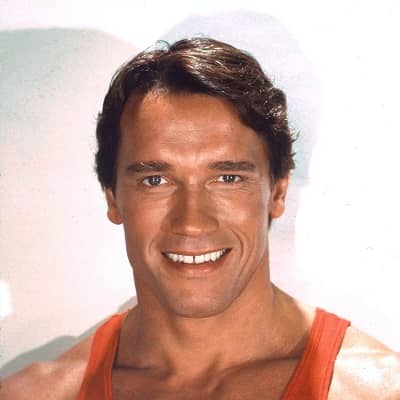 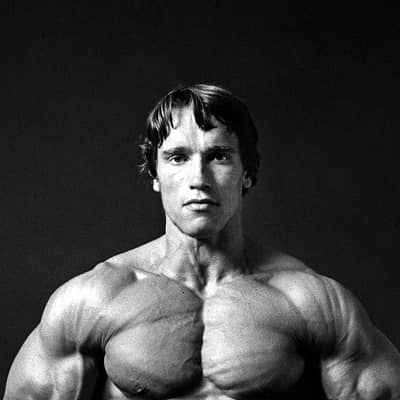 Arnold Schwarzenegger was born on July 30, 1947, and he is currently 74 years old. He hails from Thal, Austria, and his zodiac sign is Leo. His full name is Arnold Alois Schwarzenegger. Talking about his family, Arnold’s parents are mother Aurelia (née Jadrny) and father Gustav Schwarzenegger. Likewise, he had an elder brother named Meinhard, who died tragically in a car crash on May 20, 1971. His father passed away due to a stroke on December 13, 1972.

His father was a local chief of police who had served in World War II. Gustav voluntarily joined the Nazi Party in the year 1938 and later served as a Hauptfeldwebel during the 2nd World war. Arnold’s father sustained an injury in the Battle of Stalingrad and was later discharged in the year 1943 after a bout of malaria.

Both of Arnold’s parents were of Czech descent. To be more specific, Arnold’s paternal great-grandfather was Wenzel Mach, who came from the Czech village of Chocov near Mladá Vožice. Wenzel’s children with Kunigunde Schwarzenegger adopted their mother’s last name and hence Arnold’s maiden name became Schwarzenegger instead of Mach. 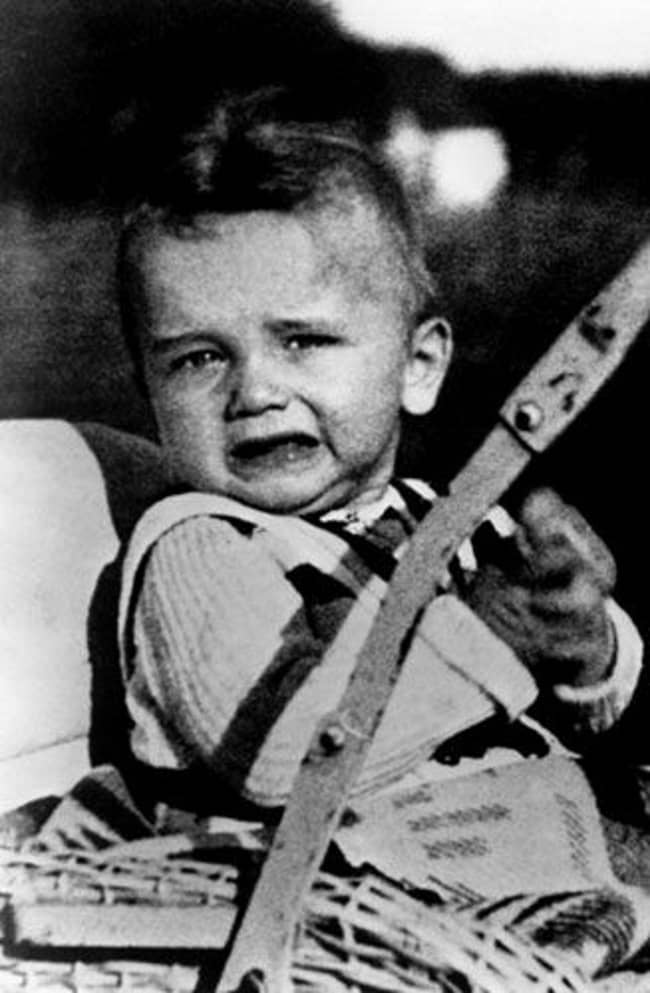 Arnold Schwarzenegger was an average student. As per Arnold’s official website biography, it says that he started an intensive training program with Dan Farmer at the young age of 14 years. Likewise, he studied psychology at the age of 15 years so that he could learn more about the power of mind over body. Then at the age of 17 years, he officially started his competitive career.

Likewise, he served a year in the Austrian Army in the year 1965. This was so that he could fulfill the requirement for all 18 years old Austrian males back then. During his army service, Arnold also won the Junior Mr. Europe contest. After he was absent without leave during his basic training, he had to spend a week in military prison. Similarly, he went AWOL so that he could participate in a competition.

He later took part in another bodybuilding contest in Graz, at Steirerhof Hotel. He won 2nd place in this competition and became the best-built man in Europe. Then in 1966, he took part in the NABBA Mr. Universe competition in London where he took 2nd place once again. He was 20 years old when he placed 2nd in the Mr. Universe contest. Subsequently, he went on to win the Mr. Olympia contest seven times. 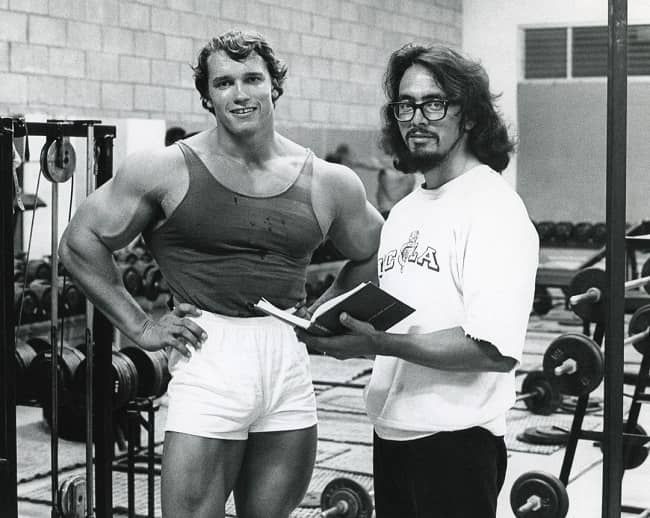 Caption: Arnold Schwarzenegger in an old photograph from his days as a bodybuilder. Source: Instagram

Likewise, he remains a remarkable figure in bodybuilding. The actor has also written many books and articles on this field. The Arnold Sports Festival is named after him and is considered the 2nd most important bodybuilding event after Mr. Olympia.

After Arnold’s retirement from bodybuilding, the ex-body builder gained international fame as a popular Hollywood action film star. Prior to his official acting debut, he had appeared in the bodybuilding documentary Pumping Iron in the year 1977.

Further, he had his breakthrough role in the sword-and-sorcery epic Conan the Barbarian in 1982. He subsequently appeared in the lead role in The Terminator, Terminator 2: Judgment Day, Terminator 3: Rise of the Machines, Terminator Genisys, and Terminator: Dark Fate from 1984 to 2019. 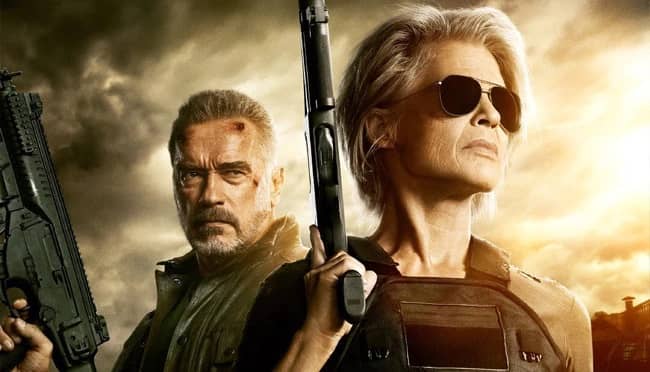 Moreover, the action actor appeared in other films including Commando, The Running Man, Predator, Total Recall, and True Lies. The aforementioned were popular action films. he also starred in comedy films like Twins, Kindergarten Cop, Junior, and Jingle All the Way. The popular actor also appeared in Red Heat. Additionally, the actor is also the founder of Oak Productions, a film production company.

Besides his career in the entertainment industry, Arnold Schwarzenegger is also a politician. He was a Republican candidate who was 1st elected on October 7, 2003. The actor was elected in a special recall election to replace then-Governor Gray Davis. After receiving 48.6% of the vote, he was elected for the post whereas the runner-up was Democrat Cruz Bustamante.

Subsequently, he was sworn in on November 17. Later on, the former actor got re-elected in the 2006 California gubernatorial election. Previously, he served the then-governor Gray Davis’s remaining term whereas, in 2006, he served a full term as governor. Then in the year 2011, he reached his term limit as Governor. Following this, he returned to his career in acting.

Arnold Schwarzenegger is in a romantic relationship with Heather Milligan since at least 2013. Heather is a physical therapist who is 27 years Arnold’s junior. The couple is still going strong as of February 2021, going on bike girds together around their neighborhood. Moreover, he has pets Cherry, Lulu, Whiskey.

Prior to this, he was married to Maria Shriver. Maria is President John F. Kennedy’s niece. He and Maria wedded on April 26, 1986. They had their wedding ceremony at Hyannis, Massachusetts. Likewise, Maria is a television journalist and met him for the 1st time in August 1997. It was at the Robert F. Kennedy Tennis Tournament.

Moreover, Maria and he share 4 children together namely Katherine Eunice, Christina Maria Aurelia, Patrick Arnold, and Christopher Sargent born in 1989, 1991, 1993, and 1997 respectively. However, on 9 May 2011, Maria moved out of their Brentwood mansion.

This was the beginning of their separation after 25 years of marriage. Then on 16 May, there was a revelation that he had fathered a son more than 14 years ago with Mildred Patricia “Patty” Baena. Baena was an employee in their household. He and Baena welcomed their son Joseph only a few days after welcoming his youngest son with Maria. Christopher was born on September 27, 1997, whereas Joseph was born on October 2, 1997. 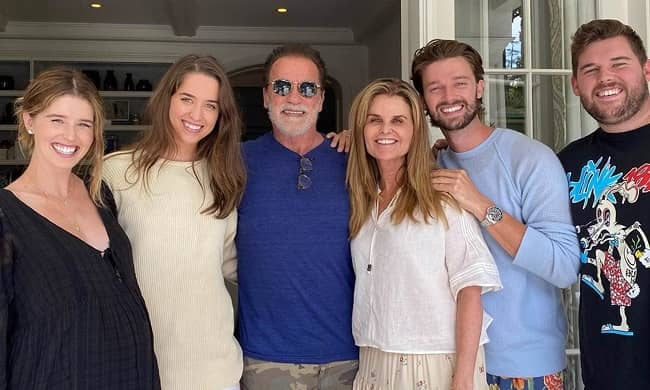 Caption: Arnold Schwarzenegger posing for a photo with his ex-wife and children.

He stands tall at an approximate height of 6 feet 2 inches or 1.88 meters and his weight is around 235 lb or 107 kgs. Likewise, the action-film actor has blonde hair and brown eyes.

He has over 25.4 million people following his journey on Facebook. Similarly, he created his official “Arnold Schwarzenegger” Youtube channel on November 15, 2007, and so far has over 227.9 million views and 1.19 million subscribers. Moving on, the actor has a net worth of around $400 million US dollars.