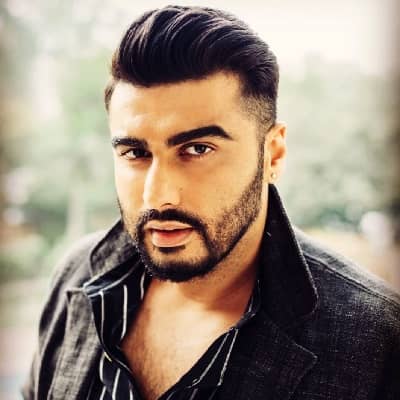 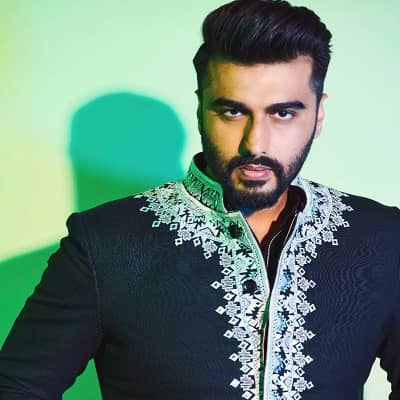 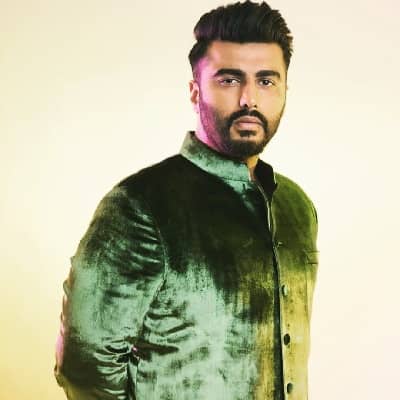 Arjun Kapoor is a famous Indian actor, model, and social media personality. Arjun Kapoor firstly worked as an associate producer on his father’s productions ‘No Entry (2005).’

Arjun Kapoor came to this world on 26th June 1985. He is originally from Bombay, Maharashtra, India. At present, he is 36 years old and his birth sign is Cancer. He was born in a Punjabi family. Her parents are film producer, Boney Kapoor, and the entrepreneur, Mona Shourie Kapoor. He has a younger sister named Anshula Kapoor.

At the age of 11, his father separated from his mother. Sadly, his mother died in 2012. The famous late actress, Sridevi was his stepmother. And, he has two half-sisters, Khushi Kapoor and Janhvi Kapoor. However, after Sridevi passed away, his relationship with his half-sisters improved. Moreover, he is the nephew of actors Anil Kapoor, Sanjay Kapoor, and producer Sandeep Marwah.

He studied at the Arya Vidya Mandir school in Mumbai. After failing his 11th-grade examinations, he quit his studies. As a teenager, he suffered from obesity and approximately weighed 140 kilos. 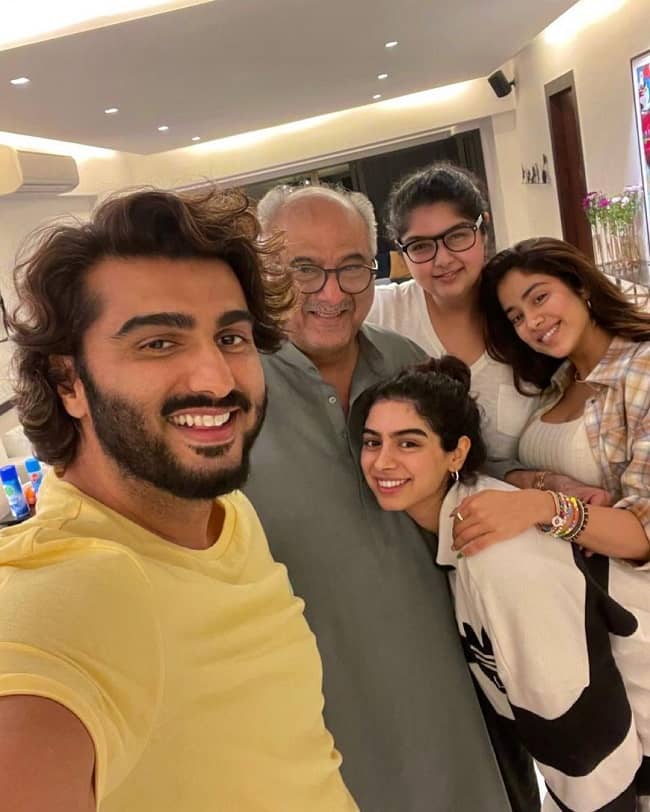 Caption: Arjun Kapoor clicking a selfie with his father and sisters. Source: Instagram

In 2003, his first job in the film industry was as an assistant director on Nikhil Advani’s ‘Kal Ho Naa Ho.’ He also assisted Advani on his next directorial ‘Salaam-e-Ishq: A Tribute to Love (2007).’ Likewise, he also worked as an associate producer on two of his father’s productions, ‘No Entry (2005)’ and ‘Wanted (2009).’

In 2012, he signed on to debut with the company’s romantic drama ‘Ishaqzaade.’ For the movie, his performance was praised, and also won a Zee Cine Award for Best Male Debut. He was later starred in the action-thriller ‘Aurangzeb’ in the following year.

In 2014, he teamed with Yash Raj Films for the third consecutive time on ‘Gunday.’ The movie proved to be a commercial success, and accumulated over ₹1.2 billion worldwide. Kapoor next starred opposite Alia Bhatt in a film adaptation of Chetan Bhagat’s popular novel ‘2 States’, released with the same title. For it, he received an IIFA Award for Best Actor nomination. And, his last release of 2014 was Homi Adajania’s adventurous satire ‘Finding Fanny.’

The next year, he was featured in his uncle Sanjay’s first production ‘Tevar,’ a remake of the Telugu film ‘Okkadu (2003).’ Upon release, the movie was poorly received and failed both critically and commercially. In 2016, he served as the host for the 7th season of Colors TV’s reality stunts-performing series ‘Fear Factor: Khatron Ke Khiladi.’ 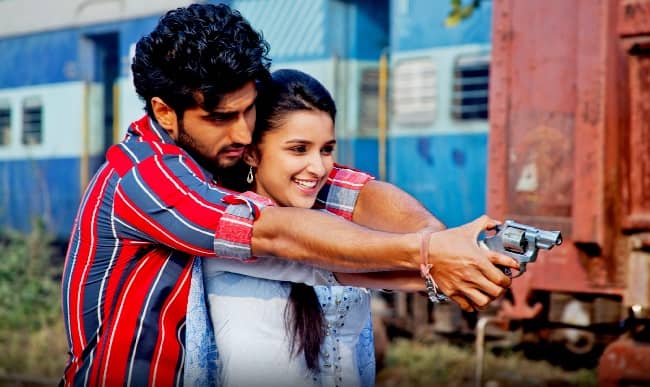 In the same year, he appeared opposite Kareena Kapoor Khan in R. Balki’s satirical comedy-drama ‘Ki & Ka.’ The teen romantic drama ‘Half Girlfriend’ became his first film of the year 2017. The movie served as a retelling of Bhagat’s novel of the same name. It was a critical and commercial failure. Later the year, he played twin brothers for the second time in ‘Mubarakan.’

In the year 2018, he starred in a spin-off to the romantic comedy ‘Namastey London (2007).’ The following year was yet another disappointing year in his career, as the two films he starred in were commercial failures again. In his first release, the crime drama ‘India’s Most Wanted’ was directed by Raj Kumar Gupta, and his next screen appearance occurred in Ashutosh Gowarikar’s period drama ‘Panipat’.

Currently, he is filming the horror-comedy film ‘Bhoot Police.’ Furthermore, on 19 March 2021, his 3-year delayed film ‘Sandeep Aur Pinky Faraar’, is his third screen sharing with Parineeti Chopra was released. He also starred in the 2021 movie ‘Sardar Ka Grandson’.

Arjun was first dating Arpita Khan, long before his Bollywood debut. Arpita is the adopted sister of Salman Khan. He is presently dating popular actress, Malaika Arora since 2016. They have a strong bond and mostly spend their time together. The two are often seen together in the public. 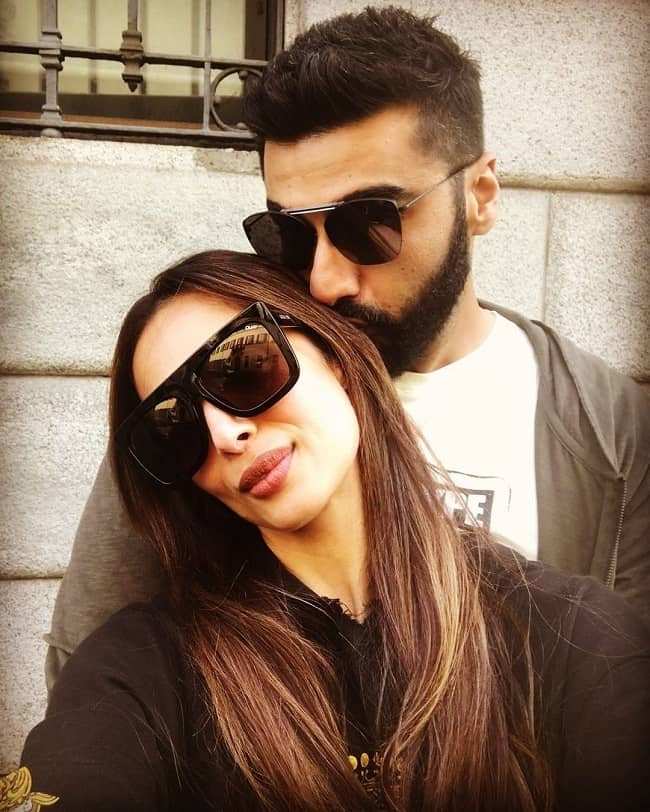 Arjun is 6 feet tall and weighs around 85 kilos. He has a body measurement of 44-34-32 inches (chest-waist-hip) respectively. His biceps size is 16 inches and he wears a shoe size of 7 (UK). Moreover, he has a tattoo on his right wrist written ‘Maa’ in Hindi. Further, he has a set of dark brown eyes and his hair is of black color.

This talented actor surely earns a good amount of money from his career. And, the net worth of Arjun Kapoor as of 2021 is $10 million.