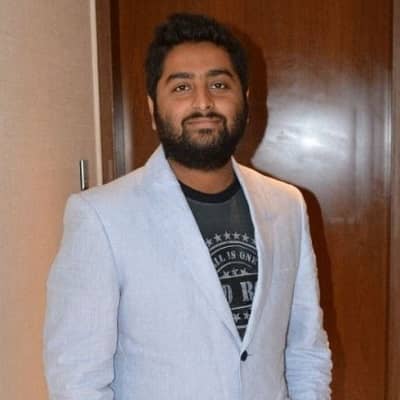 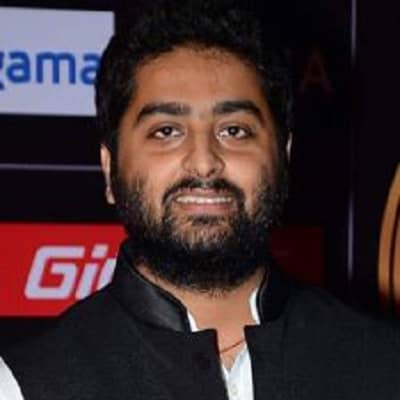 Arijit Singh is an Indian playback singer, music composer, and producer. Arijit Singh has given many rich melodies to the Bollywood music industry. Moreover, he has also won the Filmfare Award for Best Male Playback Singer for his song ‘Tum Hi Ho’.

Arijit Singh was born on 25th April 1987 and is currently 35 years old. Being born in late April, his zodiac sign is Taurus. Likewise, Arijit was born in Jiaganj town, Murshidabad district, West Bengal, India and is an Indian by nationality.

Similarly, talking about his ethnicity and religion, he belongs to the Indian ethnic group and follows Hinduism.

Talking about his family members, Arijit was born in a Punjab family. He is the son of Kakkar Singh and Aditi Singh. His father Kakkar Singh is a Sikh and was an agent in LIC. Similarly, his mother Aditi was a homemaker.

Unfortunately, she passed away on 19th May 2021 due to a cerebral stroke at AMRI Hospital in Dhakuria, Kolkata.

Initially, she was admitted to the hospital for getting COVID-19 symptoms but was tested negative. Likewise, he has one sister and her name is Amrita Singh. 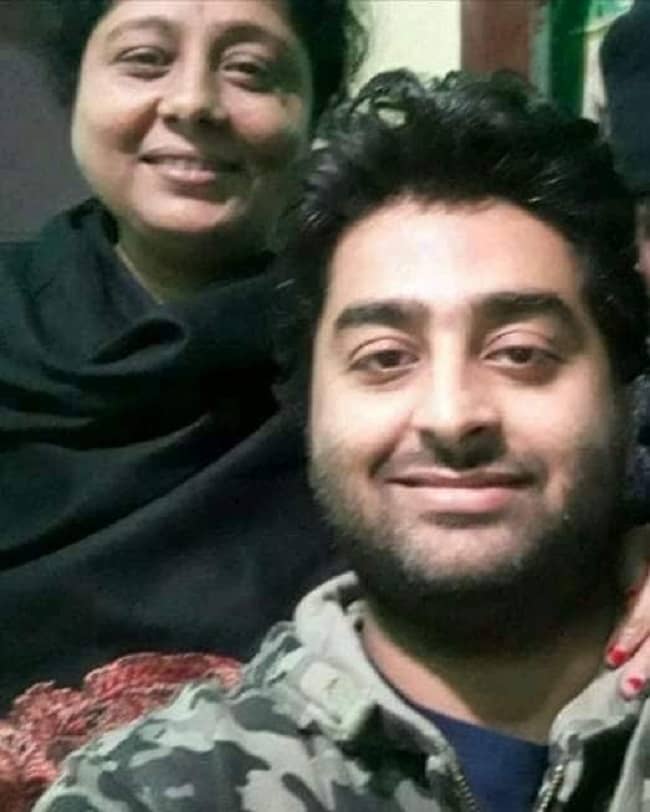 About his family background, Arijit had a musical background in his family. His family from the maternal side are singers and trained musicians. Likewise, his maternal uncle and mother were table players.

Moreover, music was the core of his family. Similarly, he began music training from his home.

Moreover, at the age of 10, he got a scholarship from the state government of West Bengal for Indian Classical Music. Likewise, while growing up he has been listening to Mozart, Beethoven, and many Bengali Classical Music.

Furthermore, talking about his educational background, Arijit is a college graduate. He went to Raja Bijay Singh High School, Murshidabad. Followed by this, he went to Sripat Singh College, Jiaganj.

Similarly, he is the recipient of many awards including one national and six Filmfare Awards. Moreover, Arijit is popular as the ‘King of Playback singing’.

Likewise, he won the Best Male Playback Singer Award for the song ‘Binte Dil’ for his contribution to the movie ‘Padmaavat’.

Talking about his relationship status, Arijit Singh is straight and in a marital relationship. He tied the knot to Koyel Roy who is a childhood friend of his and a neighbor of his.

Likewise, the couple lives in Andheri, Mumbai, and have two children together. However, before this relationship, Arijit was in a marital relationship with Ruprekha Banerjee.

Being a media personality, Arijit has also been surrounded by some controversy and rumors. Likewise, in September 2013, he was arrested for assaulting a journalist as the journalist asked him the detail of his divorce case with his first wife.

However, he denies this saying he just pushed the camera and not the journalist.

Similarly, in May 2016 his open letter to Salman Khan also brought some chaos to the social media. In the letter, he was requesting Salman Khan to retain his version of a song in the film Sultan.

Moreover, he thought that Salman was recorded by another singer. However, later Arijit deleted the post.

Talking about his professional life, Arijit Singh began his career when he participated in the reality show Fame Gurukul back in the year 2005 at the age of 18.

However, due to elimination by audience polling, he was in sixth place. Likewise, during the show, Sanjay Leela Bhansali recognized his talent by scheduling his song on ‘Yun Shabnami’ of his movie Saawariya.

However, the script of the movie was not the same and the song was not required. Followed by this, Arijit participated in another reality show ’10 Ke 10 Le Gaye Dil’, and won the show. After this, he went to Mumbai to pursue his career and started working as a freelance.

He rents a room in the Lokhandwala area in Mumbai. Moreover, he used his prize money of $10 lakh to build his recording studio. Arijit became a music producer and also began composing music and songs for advertisements. 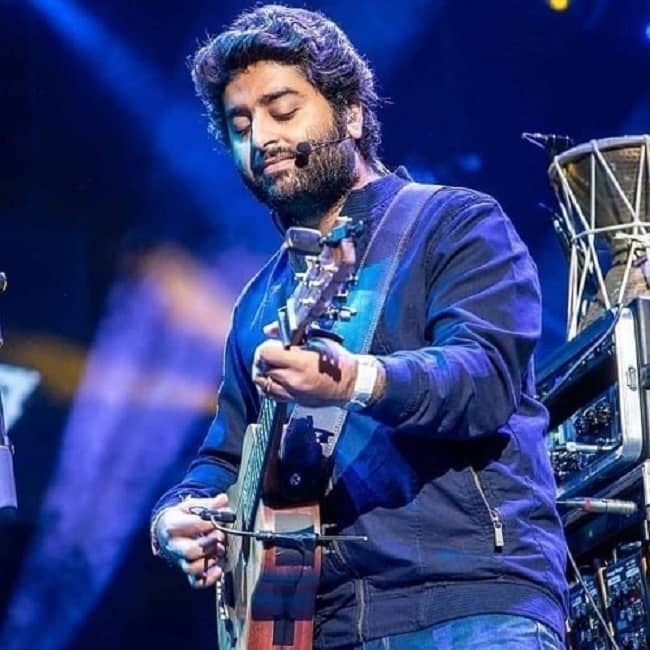 Likewise, Arijit began spending his early musical career as a music programmer and music producer. He started working along with music directors including, Shankar-Ehsaan-Loy, Vishal-Shekhar, Mithoon, Monty Sharma, and Pritam.

By the year 2010, Singh had already started working with Pritam on three movies including Golmaal 3, Crook, and Action Replayy. Similarly, he also began singing in Telugu Film Industry.

Likewise, he sang ‘Neeve Na Neeve Na’ in the 2010 movie Kedi. Followed by this, he began singing for movies including Murder 2, Agent Vinod, Players, Cocktail, and Barfi.

Likewise, he has also sung Vishal-Shekhar’s composition ‘Duaa’ in the movie Shanghai This song got him the Mirchi Music Award for Upcoming Male Playback Singer Awards’. Similarly, he was in nomination for the same category for ‘Phir Le Aya Dil’ from the movie Barfi.

Similarly, he made dubbing of Hindi version of the song ‘Medhuvaagathaan from Kochadaiiyaan song ‘Dil Chaspiya’ for A.R. Rahman.

Likewise, he made his debut in a Tamil movie in the year 2015 with the song ‘Neeye Vaazhkai Enbena’. Moreover, he has worked with several singers and musicians throughout India during his career.

Talking about his net worth and earnings, Arijit is a singer and is one of the highest-paid singers in India. Likewise, he has a net worth of around $7 million.

Similarly, looking at his physical appearance, Arijit has a dark skin type with black hair and black pair of eyes.