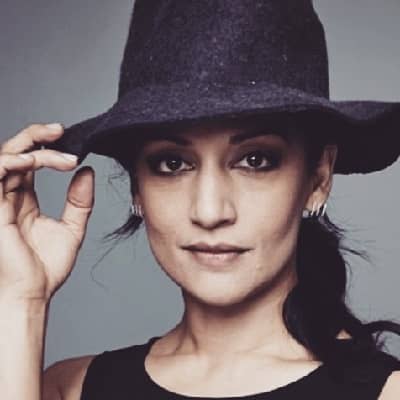 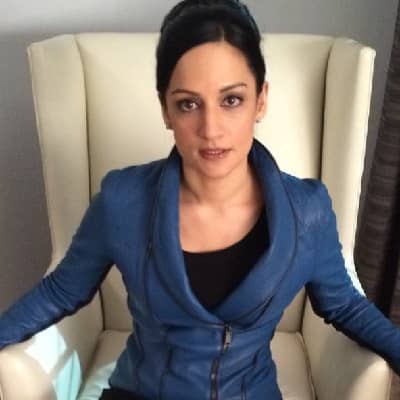 Archie Panjabi is an English actress. Archie Panjabi is known for playing the role of Kalinda Sharma on CBS’s political drama series ‘The Good Wife’. Apart from acting, she is very much interested in humanitarian work and contributes to society through various international organizations.

Archie Panjabi was born on 31st May 1972, in Edgware, Middlesex, England. She was born to Govinda Panjabi and Padma Panjabi, Sindi emigrants from India. Her family has roots in Sindh which is in Pakistan now. She follows the Hindu religion. Her birth name is Archana Panjabi and holds a British nationality. She has turned into a 48 years old woman. Moreover, her sun sign is Gemini and belongs to Sindh ethnic group. She has a brother named Ashwin Panjabi. 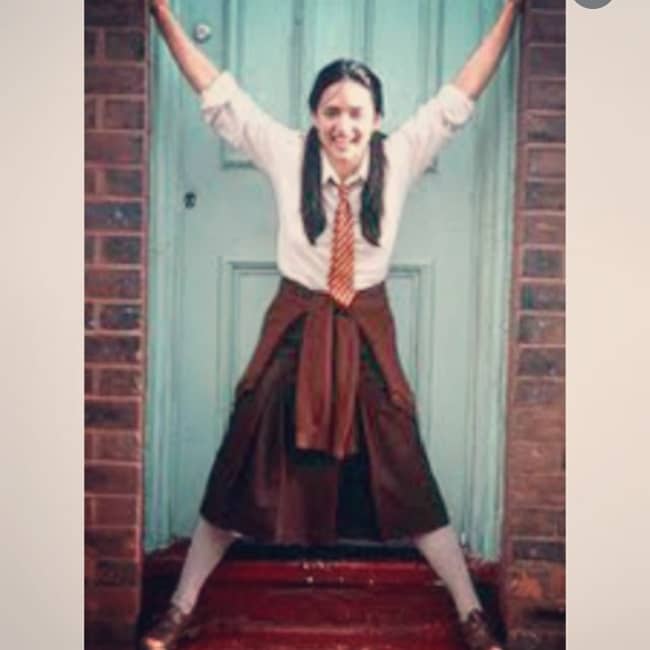 Caption: Archie Panjabi when she was young (Source: Instagram)

Regarding her childhood, she spends most of her growing years in Mumbai India. In 1996, she completed her graduation from Brunel University, England with a degree in management studies (BSc.). Later on, she was felicitated with an Honorary Doctorate of Letters. She is trained in ballet dance form and wanted to become an actress from a young age.

She started her acting career in television with the series ‘Siren Spirits’, playing Joyoti. She debuted in the hit comedy-movie ‘East is East’ as Meenah Khan, a rebellious and tomboyish football fan. At the Cannes film festival, the movie received a 10-minute standing ovation and in 2020, won Best Film at BAFTA. In 2004, she played the lead role in the award-winning movie ‘Yasmin’ which was written by Simon Beaufoy, an Oscar-winning writer.

Likewise in 2006, she played a mischievous, witty, and savvy assistant named Gemma in ‘A Good Year’, a romantic comedy directed by Ridley Scott based on Peter Mayle’s novel. In 2007, she appeared in the movie ‘A mighty Heart’ along with Angelina Jolie playing the role of reporter Asra Nomani. The movie was based on the true story of the Wall Street journalist Daniel Pearl. In the British animation series, ‘Postman Pat’, she played several voice roles from 2004 – 2006 and also voiced the characters in the video game series ‘Dead Space: Extraction’.

Panjabi was appointed the first Pratham USA Ambassador, representing the largest educational movement in India. She is a celebrity participant in the Rotary International’s “This Close” public service campaign to end polio. Furthermore, in February 2008, she appeared on the ‘BBC Four World Cinema Award Show’ and acted as an MI5 in the French movie ‘Espion(s)’ in 2009. She made a guest appearance in the show ‘Brooklyn Nine-Nine’ in 2015 and acted in four episodes of the TV show ‘Shetland’ in 2016. Currently, she is acting in the NBC drama series ‘Blindspot’ as Nas Kamal since 2016. She represented the Indian educational movement as the first ‘Pratham USA Ambassador’.

Along with the Rotary International, Unicef, and The Gates Foundation, she took part in the international campaign for eradication of polio. She is also involved in the ‘Stop Violence Against Women’ campaign with Amnesty International to alter the ‘no recourse to public funds’ rule for the distressed women. She walked in a fashion show in order to increase awareness about heart diseases. Moreover, she also participated in the prestigious ‘Artist in Residence’ program at Harvard University to share her acting expertise. In support of women’s rights, she has partnered with Amnesty International to head their Stop Violence Against Women campaign to change the “no recourse to public funds” rule that traps women in a cycle of violence.  On 9 February 2011, Panjabi walked in The Heart Truth’s Red Dress Collection Fashion Show to increase awareness of the danger of heart disease, the number one killer of women. 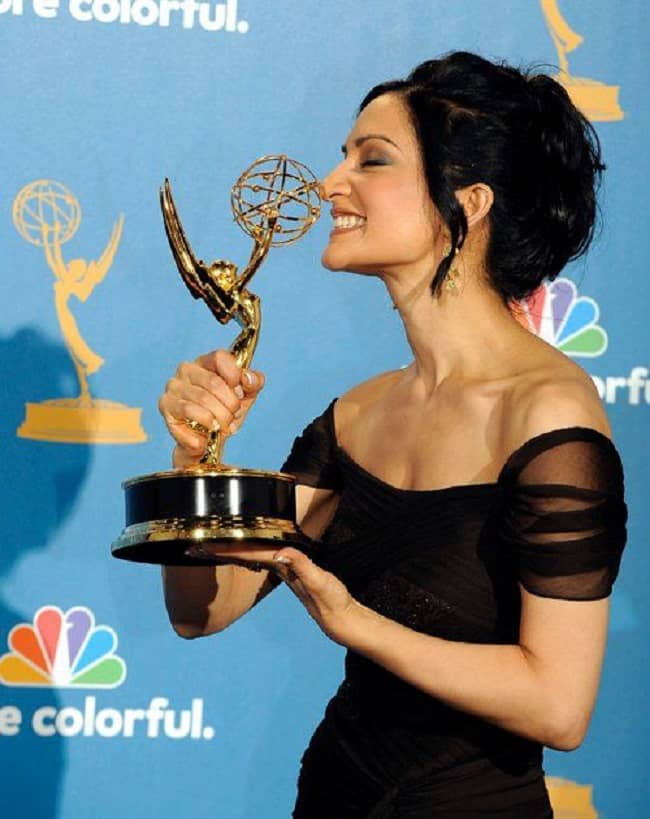 She won the best actress award at ‘The Mons International Festival’ in 2005 for ‘Yasmin’. The same year, she won the ‘Shooting Star Award’ for this movie at the renowned Berlin International Film Festival. She has received many awards for the best actress for this movie including the one who was awarded at the Reims Festival in 2006. In 2007 at Cannes, she won ‘The Chopard Trophy’ for her acting performance in ‘A Mighty Heart’. For ‘The Good Wife’, she was awarded the ‘Primetime Emmy Award’ in 2010. For the same show, she received an ‘Image Award’ in 2012.

Being a British actress, Archie Panjabi earns a good amount of money. She has a net worth of $3 million. She is a very talented artist and she has earned all this wealth from her acting career. However, the net worth of her husband Rajesh Nihalani is not revealed yet.

Archie Panjabi has been happily married since 1998 through an arranged marriage process. Her husband is tailor Rajesh Nihalani and their bond seems to be quite strong. Further, they have not had any child yet. She personal life has always remained behind the limelight. It seems like they are busy building their professional life rather than having children. 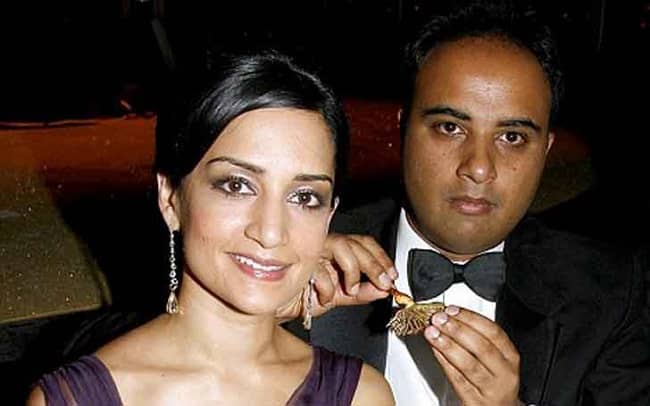 There was a rumored feud between Archie Panjabi and ‘The Good Wife’ actress Julianna Margulies. She left the show after the 6th season, shooting the season finale with a goodbye scene with Julianna. According to some sources, the two actresses shot separately for the scene which was edited afterward. Similarly, there are certain rumors regarding Rajesh, her husband. In 2010, he hit the headlines after he was accused of theft. The man stole electronic devices from a nearby department. However, there is no information on whether he was innocent or guilty.

Coming to body measurement, Archie Panjabi stands the height of 5 feet 3 inches tall and has a weight of 55 kg. Her body measurement is 34-26-34 inches. She has black hair and a pair of dark brown eyes. Moreover, her bra size is 34B and her dress size is 6 (US). She has an hourglass type of body. Furthermore, she wears a shoe of shoe 6 (US).