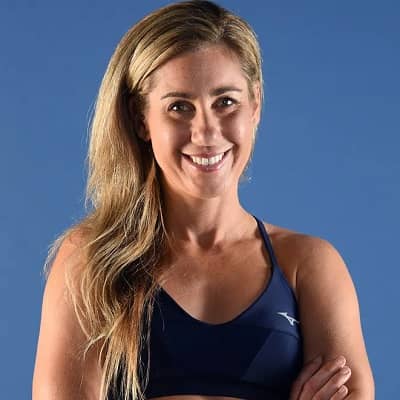 April Ross is a very famous beach volleyball player from the United States. April Ross has been popular for her tremendous feats in this sport. The Olympian has won three medals on three different occasions, and also participated and won in various other international tournaments.

April Ross was born on 20th June 1982, in Costa Mesa, California, United States of America. This makes her 39 years old as of now. Her father’s name is Glen Ross, and her mother is Margie Ross. And, she has a sister named Amy Ross. While she holds an American nationality and practices Christianity. Further, she belongs to the Caucasian ethnicity. According to astrology, she has Gemini as her zodiac sign.

Talking about her formal educational status, she completed her schooling at Newport Harbor high school in her hometown. And, she also accomplished her higher studies at the University of Southern California.

Career-wise April Ross is a professional beach volleyball player. She has made her name one of the most successful in sports. She was very interested in the game from a very early year and wanted to have a great career in it. Today, she is living her dream. Following her passion for volleyball, initially, she used to be active in indoor volleyball at her high school, NHHS too.

There she also became the nation’s top recruit for her graduating class. During her time there, she became the Gatorade National Player of the year award as a senior and also won California Interscholastic Federation CIF Player of the Year. 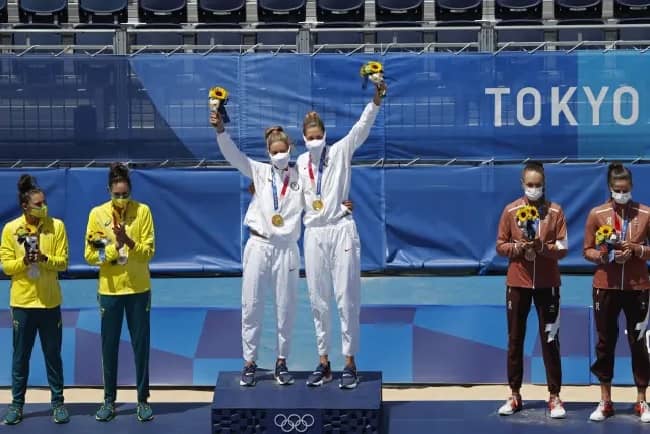 Caption: April after winning fold for the US in Tokyo Olympics 2020 (Source: The Jerusalem Post)

Following her career, she played club volleyball with Orange County Volleyball Club. Further, she also went on to play on the college team of the University of Southern California. During the time, she also played on U.S. Junior National Team. Talking about some of the other career highlights of her career, she came third at the ConocoPhilips Grand Slam Stavanger and came first place in Swatch FIVB World Tour 2008 with Jennifer Kessy.

Also, she won FIVB World Championship in 2009, won tournaments like; the Austin Open, the Manhattan Beach Open, the Championships, and Hawaii Invitational during 2018 AVP Pro Beach Volleyball, etc. Furthermore, along with many other tournaments, she also went on to have a great record in Olympic Games. She has won gold in the 2020 Tokyo Olympics, silver in 2012 London, and bronze in the 2016 Rio de Janeiro Olympics.

April Ross is living a comfortable life with her family. Thanks to the fame and fortune she has earned from her work as of today. Moreover, her total net worth is about $3 million US dollars as of 2022.

Moving on toward the romantic and private life of April Ross, she is divorced. She had tied the knot with Brad Keenan in 2010. They later separated due to a misunderstanding and do not have children too. Apart from it, she has no affairs with any other person. While she is straight regarding gender choices. And, she does not have any kind of controversial events till today. 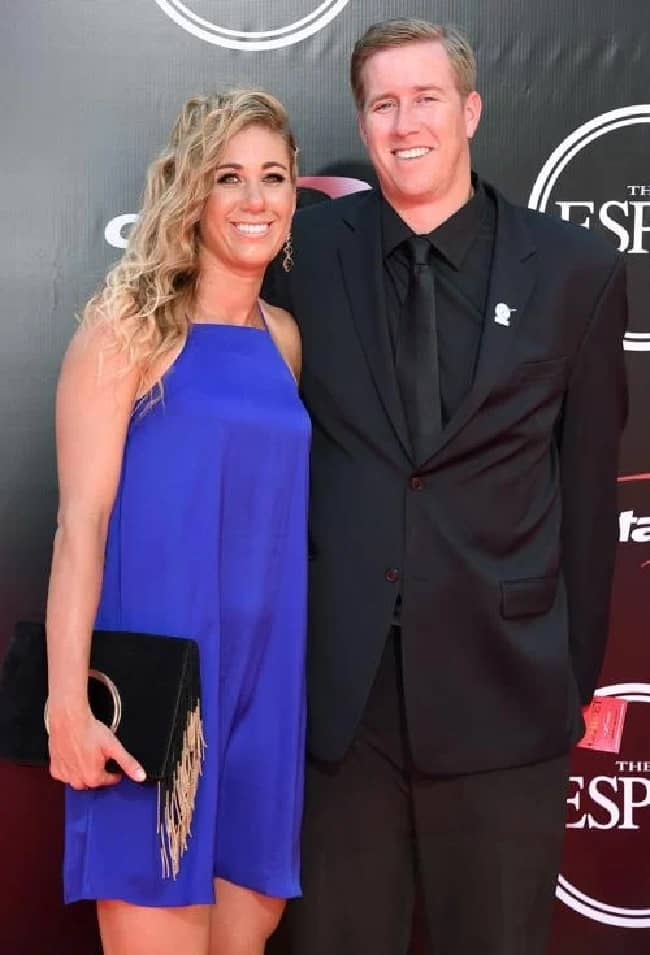 April Ross is very good-looking and has an amazing personality. The celebrity beach volleyball player stands about 6 feet and 1 inch tall. While she weighs 76kg. Moreover, talking about the overall body measurement, the number range from 36 inches bust, 25 inches waist, and 35 inches hips. The color of her eyes is brown, and she has light brown colored hair.